Also, I got a very good deal on a very strange looking mystery computer:

Couldn't resist it.. Any bets on what we have inside?

A super NEXGEN prototype CPU that was never released, its not running at 0 but at infinity and the other 0 loop on the display has burned out. 😉

That reminds me, I did some 286 benchmarking a while back - 6.4 in 3dbench apparently. I was using an ET4000AX at that time but only have a 16MHz machine. Even at 16MHz it's quite the hotrod, and as I mentioned earlier I needed to de-turbo it and add a wait state to get some older games running correctly.

After the faster XTs had trouble with games synced to 4.77 clock on the PC, did programmers learn? No some of the early 286 games needed the IBM AT speed of 6 or 8 mhz... then 386 came along and had they learned? nope some stuff too fast again, then by 486 surely? Ummm not so many probs with CPU timing between 386 to 486 but early CD games had scenes and things synced to the 2x transfer rate, put them in a 4x or 6x and it was all stutter *sigh*

Stunts was mentioned, but not much else was listed on the wiki http://www.vogonswiki.com/index.php/List_of_C … sensitive_games wanting less than a 286, except Double Dragon.
Would be nice to see this updated.

bought some 486 cpus
they all came with this

must be some kind of voltage regulator???

At least you know you can put them on any old POS board with the right sized socket..... not sure if these are amenable to taking a dx5 on top instead.

This is just de sellers fault, because of bad packaging... They just only going for the big cash, and dont care about the TLC for the package..

I had the same here on a vintage monitor.. Broke on tw0 places.

I've never seen one of these and I had a DX4 back in the day. So it's a regular DX4 slapped on top of a voltage conversion board? Is the DX4 removable or is this a sealed deal?

It's dated 97, I think it's for the johnny come lately upgraders who suddenly woke up in the pentium era with a slow 486.

Let's hope they won't throw out errors in Memtest86+.

Well if I rebuild the 286, I suppose I could do some benchmarking on it. I have a Tseng ET4000AX in addition to that Oak card. I imagine those two alone should cover quite the spread. Specific games to try out (Stunts, for instance) are certainly welcome. 286 love seems to have increased lately on Vogons. Maybe it is time to at least bust out the mobo and get a bench setup and start a new 286 thread.

Yup. I myself decided to pack my 386 and 486 builds (386 = awkward valley - too slow for some games, to fast for others / 486 = seems all my skt 3 motherboards are either dead, dying or buggy) and replaced them with a 286 machine (AMD 16MHz, headland chipset, 1MB ram, Paradise 256kb video, SB Pro 2.0) for old dos games. The 286 even seems to do well with quite a few early 90's dos games, and it can slow down to XT speeds (8MHz + wait states via turbo button) for early DOS games so I'm leaving that on my desk over the other two. It's also kind of cool to game on such an old machine

An important part of my SS7 Time machine build showed up today!

A Roland MT-32. I already have a Music Quest PC Midi card to use with it. Really happy to finally pick one of these up!

I was missing a Pentium Pro in box, so I took the plunge. 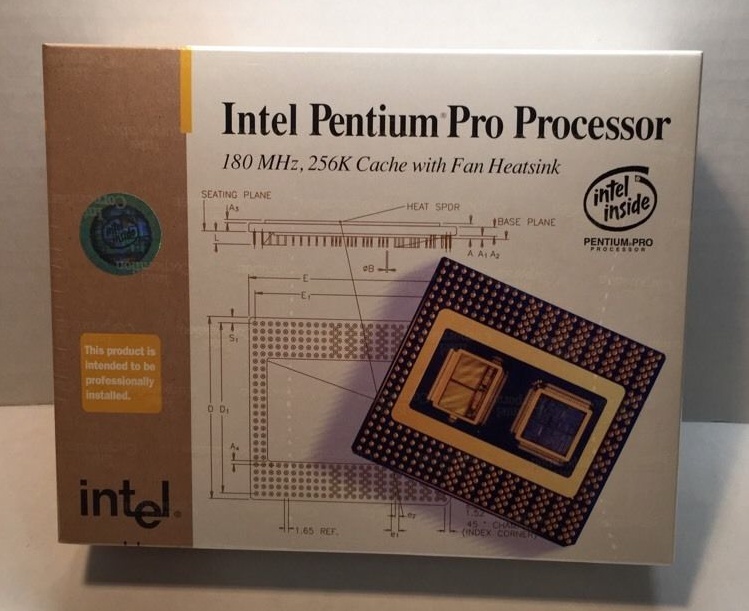 Intended to be professionally installed, make sure you set your torque hammer to spec.

Intended to be professionally installed, make sure you set your torque hammer to spec.