For all the expansion cards I seem to be collecting that don't come with antistatic bags!

I tend to find things survive much better in antistatic bags because there is less risk of parts damaging each other, simply because the bags are tough and prevent point impacts on components that could damage them.

oooooh it arrived... look what I found 😀 something special to add to my growing drive-collection

Errrr...that's for the pictured Philips CDi players. There's nothing to suggest it is the model of caddy that is needed for your drive.

if you look at the plastic "door" piece in the drive it looks exactly the same, and also has those same "notches" on one side of the drive and caddy, and seeing how LMSI units are basically philips drives it's safe to assume imho it is the correct one.

Here's a picture of the drives and caddy...

These drives are the second CDROM drive Philips produced. You see here the CM201 internal model on top of the CM121 external model. On top of the CM201 is the strange caddy-like device you had to use to place a CD in the drive. It was not a real caddy because a part of the device would come back out of the drive after the CD was loaded. The drives were faster than the CM110 tho. The external version was with a SCSI interface also available as the DEC RRD40.

...and a copy of the manual for the DEC version (has some better representations of the caddy / operation)

...and a copy of the manual for the DEC version (has some better representations of the caddy / operation)

thank you, that helps a lot, now I understand the mechanism 😀
still going to be hard to reconstruct without detailed measurements.

but I don't have a fitting controller right now anyways, so there's time for this project to see if the drive even works at all ^^

Not sure of the LMSI / Philip equivalent, but the DEC part number for the caddy would appear to be RRD5X-AA - might be worth checking to see if anyone still holds stock.

Found a boxed CD burner to replace my old one, nice to have the audio cable too as IDE beige drives are getting harder to find locally. 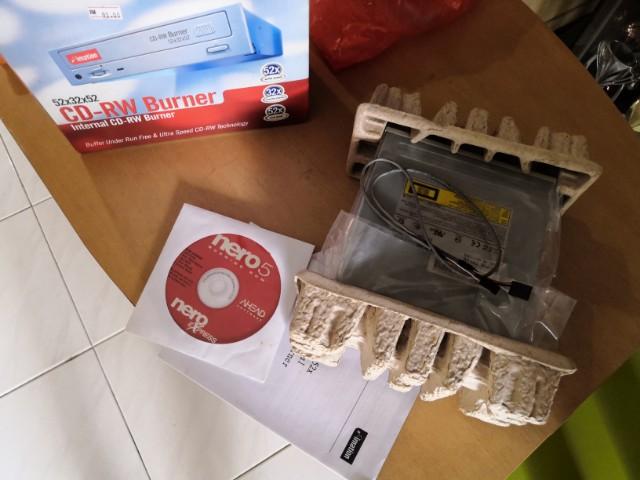 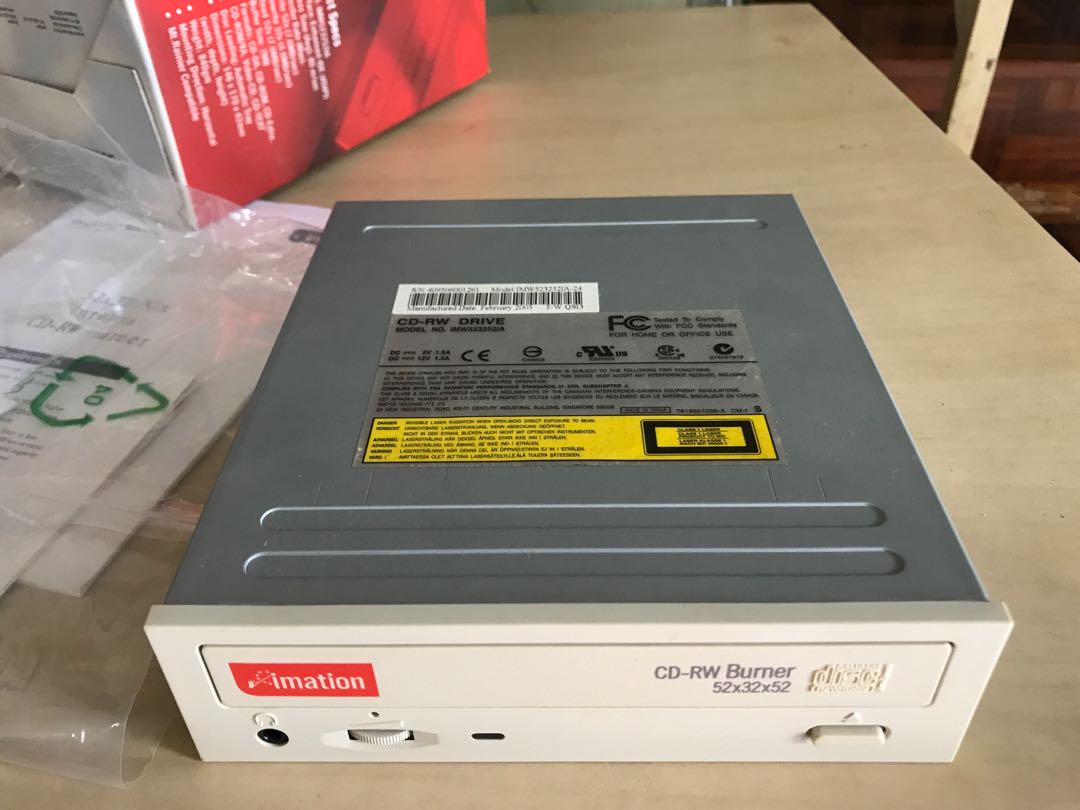 ^^^ Which reminds me. Finally found a beige SATA burner for a sleeper build. There is a batch of beige Teac SATA optical drives on Ebay, but they are slightly darker than a standard beige case (I know because I bought a couple). This one fit the bill perfectly. Had to scrub off drive letters that were in ink and pencil on the front bezel, but it came out nicely.

That's neat, some come with interchangeable ivory/black faceplates which is very nice for switching builds.

^^^ Which reminds me. Finally found a beige SATA burner for a sleeper build. There is a batch of beige Teac SATA optical drives on Ebay, but they are slightly darker than a standard beige case (I know because I bought a couple).

What is standard beige? From what I remember pretty much every computer had its own version of beige. The later beige computer cases were practically white, so these drives would probably be perfect for early 90s builds. 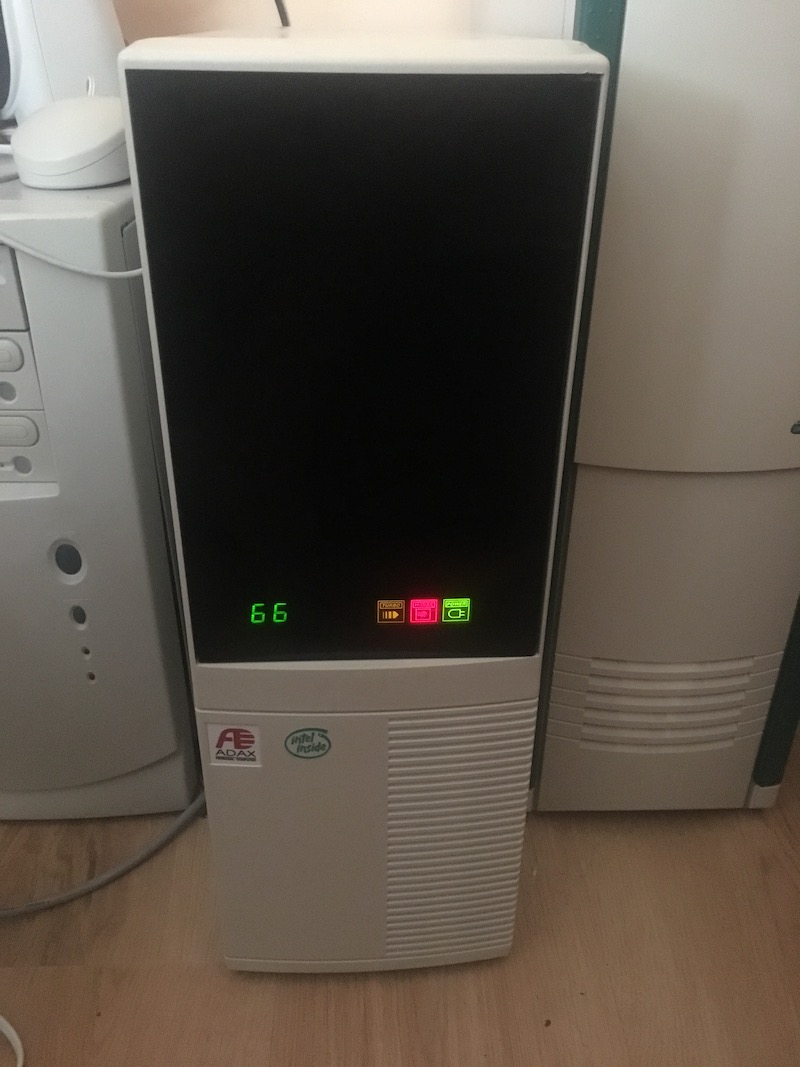 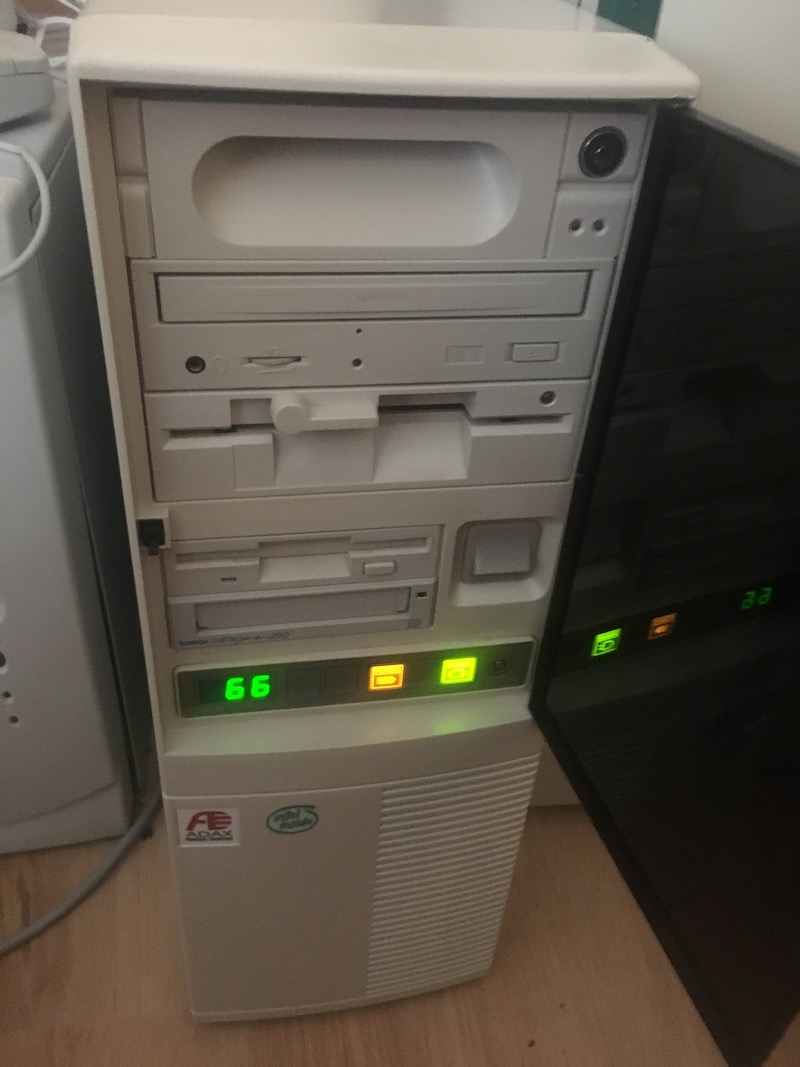 ^^^ Which reminds me. Finally found a beige SATA burner for a sleeper build. There is a batch of beige Teac SATA optical drives on Ebay, but they are slightly darker than a standard beige case (I know because I bought a couple).

What is standard beige? From what I remember pretty much every computer had its own version of beige. The later beige computer cases were practically white, so these drives would probably be perfect for early 90s builds.

There was a very common shade of beige in the 90s that most cases followed. When building PCs throughout the early 90s at a PC shop I worked at, most cases we ordered from different manufacturers were very close in color and most magnetic and optical drives followed the theme. It did not vary much.

I just fell in love with your case.

Is that unmodded? It looks super modern! Sweet case.

What a pretty case... It's a full tower, right?

this is standard case which was offered by polish computer producer - JTT - brand ADAX in early 90's. 1993-94-95 I think
it is midi-tower. They had full line of this cases, but no idea if they designed it on their own or they just imported them from china or somewhere.

My CRT monitor bit the dust a week ago, lasting for just eight months of use, despite it was a new old stock item. According to a repairman, the flyback transformer is shorting the circuitry, and since I don't know the manufacturer, I have no way to repair it. 😵

So, I just bought a replacement monitor, this one:

An Olivetti CDU 1458MS/HA71. On paper seems to be a good model: it supports 1024x768 at 60Hz, stores size and position settings per resolution, and has even pincushion controls and horizontal and vertical size controls, something you don't see often on early VGA monitors from the early 1990s. Plus it was made by Hantarex, which was known for its high quality CRT tubes. We shall see. I always liked the look of these Olivetti monitors, since they carried on using the same design starting from the mid 1980s up to the mid 1990s.

I got myself a CD-ROM drive too 😀

Pioneer DRM-600. I guess it is from the early 90's. I plan to connect it to my IBM PS/2 P70, but cannot test it yet, because I don't have a suitable cable (IBM and their stupid micro centronics connector...).

It suffered a bit during transit. Laser lens had come loose and volume knob was smashed in. I glued the lens back in place, and glued the broken knob back together. At least it looks good, hopefully it also works. Seems to be common problem that these lenses come loose no matter how good the packaging is https://www.youtube.com/watch?v=B7zR2lkmOiM

I already had a Pioneer CD-player that uses the same 6CD-cartridges, so it is nice to have some company for it 😀

nice, I almost got one of those too, but got a smaller one instead a few pages back... I'm really developing this weird affection for old/odd CD-Rom drives 😁

Got an IBM P260 monitor locally, time to learn WinDAS I suppose.

it's astonishing what they crammed in there, even place for a 8bit ISA card 😀

unfortunately the PSU is missing, but that shouldn't be too hard to figure out... but it also seems like someone already had a go at this, the front had a broken clip and some of it is missing, the HDD power cable is missing and one of the screws was rattling around inside, the speaker broke off and the FDD wasn't screwed in at all and bent a bit so the door wouldn't close properly, also the power button sticks.
I hope that I will be able to get it to work cause I really like that small form factor, and it's a 286 😀 ...from checking the chips it seems to only have CGA graphics though, not much I can do about that.
also need to find a sound card that'll work in the 8bit slot and is short enough to fit inside the case.