Found a couple of these IDE mobile racks, always wanted one of these for my win98 build to fill out empty 5.25 bays, I guess you could plug a CF adapter inside too, but does anyone really have a use for these nowadays? A large storage drive for transfering CD images between builds perhaps. 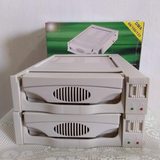 Also got a serial+USB Logitech Wingman Force Feedback, often referred to fondly as "old red", anyone owned this back in the day? What games did you play with it?

Kinda crazy how much it cost back then from some archive.org PC mags, some later wheels like Momo/DFGT still go for $40-60 here. 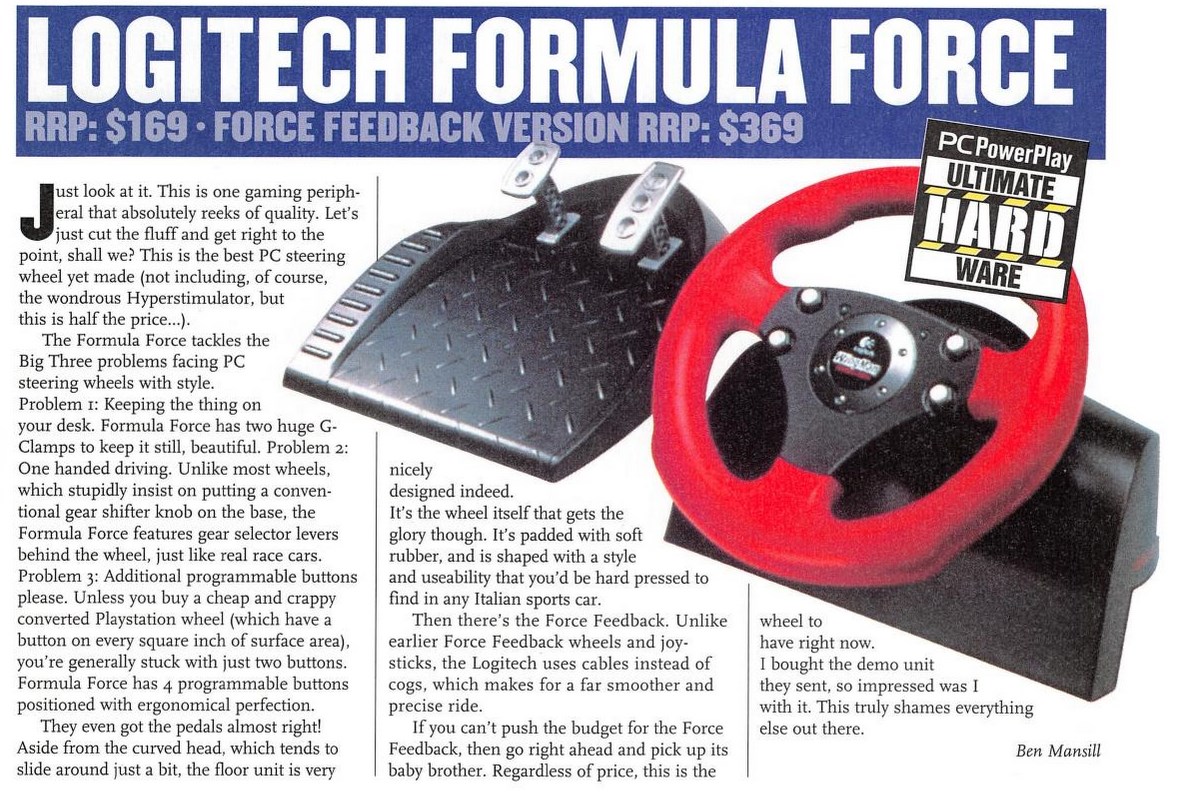 I got a QuickShot QS201 joystick in the mail today but it requires a thorough cleaning before I can present it. One of the finest Joystick Port joysticks of its time 😀

If you have it apart, pls take some pics. AFAIK that's not online.

Hello guys,
Is this card interesting ?
It's a Matrox G450 MMS. That works with 4 screens. It also has a fan.
Does it performs better than classic G450 (fanless) ?
I would try it if it wasnt 22$ shipping included ><

NOS Zalman VF900-Cu LED that will replace the ultra-noisy stock cooler on my ASUS V9950 (GeForce FX 5900 Ultra).
It was only about 14€ shipped and should make using the "slightly accidental Pentium 4 build" much more enjoyable.

I think that Orchid Superboard has OPTi Local bus connectors. You can find that board if you buy that Poly 486-33L 😀

Bought one of those Commodore C64 Cooling Fan Kits, just because I think they look cool. And yes, that 12volt VIC-II gets really hot....

C'mon, don't link to active sales in ebay or anywhere!

C'mon, don't link to active sales in ebay or anywhere!

Why? Is there any problem in that?

Still need to test it, but this boy (girl?) is heavy!

Yeah... I have seen too many modern PCI-E cards, that have bent fragile slots on motherboards. Have anyone ever created something like those slides, that full size old 80's cards used, just for these modern and heavy cards instead?

OK I think I'm trying to cure depression with laptops and hardware right now because I just ordered 2 more laptops. That makes 7 laptop acquisitions inside of a week. Running cost is around $175, which is money I could probably spend better seeing as how I'm also repairing a Mercury Grand Marquis GS with heavy body damage right now. It needs new fenders, its getting ye' olde hammer and bondo at this rate. Anywho I snagged for around $50 each:

* HP Compaq NC8430: Core2 T7200 w/ Mobility Radeon X1600 256MB
I don't have any examples of the Mobility X1000 line right now, also I love HPs business laptops. Absolutely indestructible.
* Dell Inspiron 9300: Pentium M w/NVIDIA GeForce Go 6800 256MB (Hopefully)
I'm 90 percent sure this specific unit was used for gaming because the ASDW keys have been worn off and had the letters written back on them with marker and all the other keys are fine. The palm rests are also wore inline with gaming wrists. So it is likely to contain the most holy of GPUs: The GeForce 6800. The only other option was the Mobility X300 and I don't think anyone would use one of those for gaming long enough to annhilite keys like that as it was pretty much useless for gaming when released. Worst case scenario and its not I just have to order one for $20 and swap it in. These M170/XPS Gen2 era inspirons are so easy to work on and I've worked on so many at this point I can have a 15" or 17" unit apart and back together so quick its not even funny. I already have its 15" brother with the Radeon X1300 in it (WAIT, I do have an example of the X1000 line, just not a good one). Its pretty shit as a GPU, it won't even run AoE3 well.

On a sidenote I can't rememer what desktop GPUs I own anymore, and I have only a loose grasp on the motherboard side of things. Fuck if I have any idea what CPUs I do or don't have aside from the few rare/uncommon ones I have comitted to memory and story seperately. I'm not even going to attempt to enumerate RAM or HDDs anymore. Time to bust out the excel spreadsheets this weekend. I had a decent list at one point but my laptop got dropped while the drive was spun up, effectively robbing me of it.

Were are they to be found? I am curious as to how they look.

Were are they to be found? I am curious as to how they look.

I believe that they are commonly called "anti-sag" holders/brackets. They can be found all-over the "PC enthusiast" brands. The "fat-cat" GPU's is a major problem for the pcie connectors, and in some cases brands like Asus and Gigabyte had to reinforce the 16x pcie, especially in the top of the line Mobo's that obviously would be paired with one or more of this "fat-cat" GPU's.

Another approach to solve the problem is to use a vertical mount kit but, the implementation that is most common is for a single GPU card, and the case must be compatible in some way (I think that some case brands are inter-compatible with each other.)

Another sound card! 3rd one in a short space of time!
Pro32-PNP with Crystal/Dream Synth Wavetable (1M Patch Set) and a ALS100 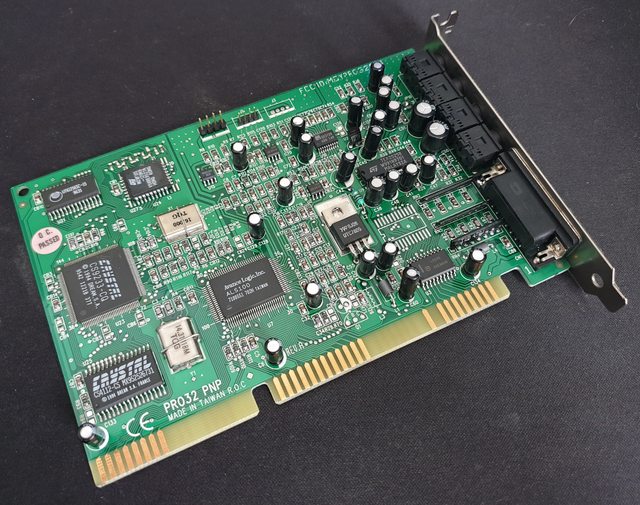 That is a nice card. I have had one, and it delivers a good sound.