What you thought you will never have?

@jheronimus Nice looking machine, what speed is the P3?

It's Pentium 3@500. I have some 133 MHz FSB CPUs, but decided that I don't need more CPU power and don't want to stress my Voodoo with overclocked AGP. Maybe I'll just find a faster 100MHz CPU though.

Last year I finally found a motherboard for a decent price and decided to put together a system. Nothing spectacular, just a standard 12MHz 80286, 1MB RAM, but fun to play around with. With use of Turbo it performs around the same level as my old 10MHz 8088 did, so plugs that gap. Anything needing a slower CPU, I have an XT 4.77MHz build planned - that motherboard being something else I though I'd never find.

I never thought I would find a Voodoo3, especially knowing how rare these are here. Lo' and behold, I just happened to find one and have it running on a Duron 1GHz machine.

Also never thought I would own a abit motherboard, yet here I am having one although it needs a BIOS reflash. It's a IP35 Pro if anyone's wondering.

The speaker set that came with my friends Gateway 2000 P120 system.

Back then it sounded AMAZING with the Ensoniq Wavetable card and I've been longing for this set ever since.

Pentium 4 - what a strange thing, but in some way mildly interesting because of the possibility to have somewhat acceptable performance when SSE2 is being used(in some cases).
Saving grace - it's an RDRam based system.

Some 3dfx gear seems to be out of reach. I'm glad, I already got most of what I wanted. Otherwise I'm very happy about my hardware collection, so I'm just trying to fill minor gaps and add random stuff to it.

Children - I'm way too careful for that sort of thing.

I’ve been lucky with a few items like a Roland CM32, Voodoo 5500 PCI DVI, Sound Blaster 2.0 getting them much cheaper than they normally go for.

I would still love a genuine Adlib card and a Roland SCB55 to complete my Roland sound card collection, I have the others.

If you aren't using it already, I highly recommend the v.1.1.3 add-on.

I have to think hard 🤣

I also thought I'd never have a Yamaha DB50XG Daughterboard or two Sound Blaster 16 cards (close to similarity, except the CT2740 has a socket for the ASP/CSP chip, and CT1747 bus/OPL3, type 2 hanging note bug (very rare), and the CT1740 has both bugs for the MPU-401 section, including the WaveTable header sadly), but I got them on Amibay for a good price. Also, a Sony PVM (composite - BNC and S-video + audio only), which is what I used for my game consoles (SNES, PS1, N64, GCN, Xbox Original), and I'm planning on putting my video game systems in my back room sometime, but the PVM will be used with my Commodore 64.

Yesterday I've collected another Toshiba Satellite Pro, this time a PIII 4300 series, the final one to complete my small '97-'00 Toshiba laptop collection. But what I did not expect, after asking the seller whether he has other old hardware for sale, that he had a (dusty) Leadtek Winfast GeForce 4 Ti 4600 he wanted to get rid off (together with some other stuff). The seller had no clue what for graphics card it is, even after I told him. Naturally I jumped on it and offered him a low ball as is price which he accepted 😊 So I'm now the proud owner of one (already own a nice Leadtek Winfast FX 5900XT and many other fast AGP cards as well). That seriously made my day 😀

A Pentium Pro setup. Got a NIB board for really cheap. Now I just need to get a CPU.

I also have a MASSIVE number of sound and video cards.. big plastic bins full and a few boxed items on shelves.

The more rare cards I don't keep in the bins with the others.

And then there are the boxes and boxes of stuff I have nowhere to go with.

Once I get my retro review site set up and reviews done, I will be selling a lot of them because I have multiples of a bunch of different cards and way more motherboards than I will ever need. Kinda happens when you buy large lots specifically for 1 or 2 items and when you randomly have people give you their old stuff.

I plan on thinning down to a fair number of systems and keep enough late Win98SE capable systems for retro lan party action.

Grundy NewBrain - and indeed, I still don't have it.

Ok story about my RIG and how I should never have it.

Back in the mid 2000s I was working for a mom and pop computer store and I found a 800MHZ PIII CPU in a cabinant and ask how much they said free its junk take it. (they used to be like this all the time about some stuff) Because they are in the business to make money not collect old parts.

At the same time my uncle who is no longer with us had a tyan tsunami 440bx with a p3 500 in it and I gave it to him so he could upgrade, but he said it didn't work. So he just threw it in a box.
After he passed away I inherited this Mobo flashed the BIOS and found out some undocumented jumper settings and the P3 800 worked.

Fashback to around 2001 before this ever happened my dad used to dumpster dive and bring home all kinds of hardware thats how I got my AWE64gold and also learned about computers back then. (I was retro building back then when parts were prevalent and no one wanted them) Like the stuff that people make today I, already made them) Unforunatly I don't have all the PCs anymore I made back then. Just a lot of parts.

Fastfoward to 2017 my dad is still dumpser diving 🤣 and brought home to me one day a box full of cards. I think they may of come from some place like good will and ratehr toss throw them away my dad some how got them. (cuz no one was going to buy them/they don't know whats good) Most of them were junk but I found a pretty nice Diamond monster MX300 in there.
There was also a STB 12MB voodoo 2 in there as well as a few adaptec SCSI controllers. I already had other SCSI controllers and drives tho. I had a old Cheeta 10k SCSI laying around since 2006 that worked so.

I had been building computers and basically junk collecting PCs for 20 years. So I have tons of parts and I just decided to make a Retro gaming PC out off all the stuff.

The only thing In my Rig that I had actually paid for was the Compaq Voodoo 3 that I found somone selling new old stock. I bought 2 of these just because they were only 20 dollars for new cards at the time. The seller had 100s of them.

There is this place in OHIO that I shop at when I go visit my relatives. Basically this is a computer graveyard. You never know what you will find when you go and pick there. But the people who own it don't even look at what you buy. I would go fill up boxes with just random stuff that I think is good and they just will be like ok 20 dollars. 🤣 I have gotten so many good things there. Thats where I got my slot load plextor for my build.

For a long time my item of lust was a TRS-80 Model 3 or 4 and I figured it was never going to happen due to the eBay prices and heavy shipping costs. As luck would have it, I ended up pulling a fully working Model 4 out of a dumpster last fall.

So, for now, I assume I will never be able to have a Toshiba Libretto. Here's hoping.

Two things spring to mind - Thinkpad Dock II, and an Roland MCB-3 breakout for SCP-55. I gave up after looking for these bits for about 5 years in the late 90s/early 00s, and then started looking again for 2 years or so when I got the retro kick again in 2014. Luckily managed to find both in 2016, so that quest is over. In fact, I found the Dock III as well which took me on a side quest, tracking down Thinkpad 600/600X parts, which is now also complete.

Still a bunch of other cool stuff out there I'd love to have, but I need to stop searching, and start using ...

But what I did not expect, after asking the seller whether he has other old hardware for sale, that he had a (dusty) Leadtek Winfast GeForce 4 Ti 4600 he wanted to get rid off (together with some other stuff). The seller had no clue what for graphics card it is, even after I told him. Naturally I jumped on it and offered him a low ball as is price which he accepted 😊

I was wrong, I bought the Ti4600 look-a-like little brother:

Here's the list of stuff I never thought I would have - took me 4-ev-er. 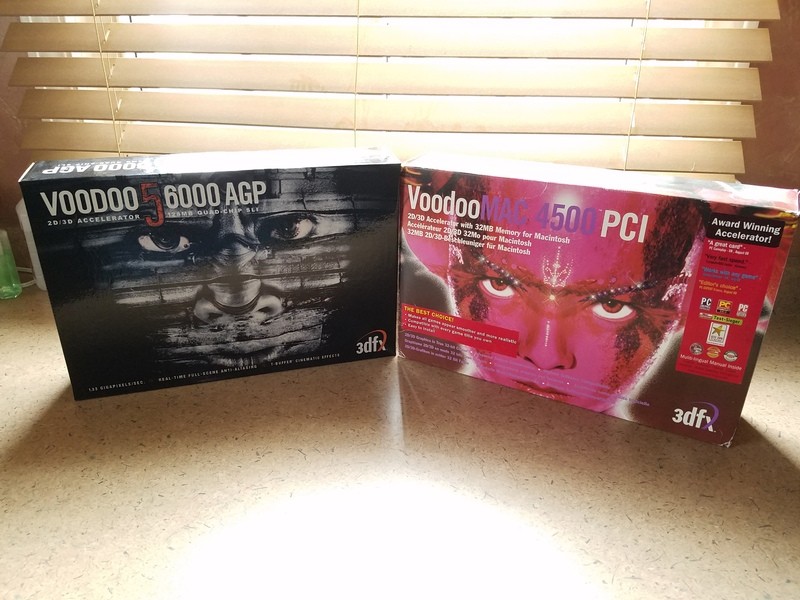 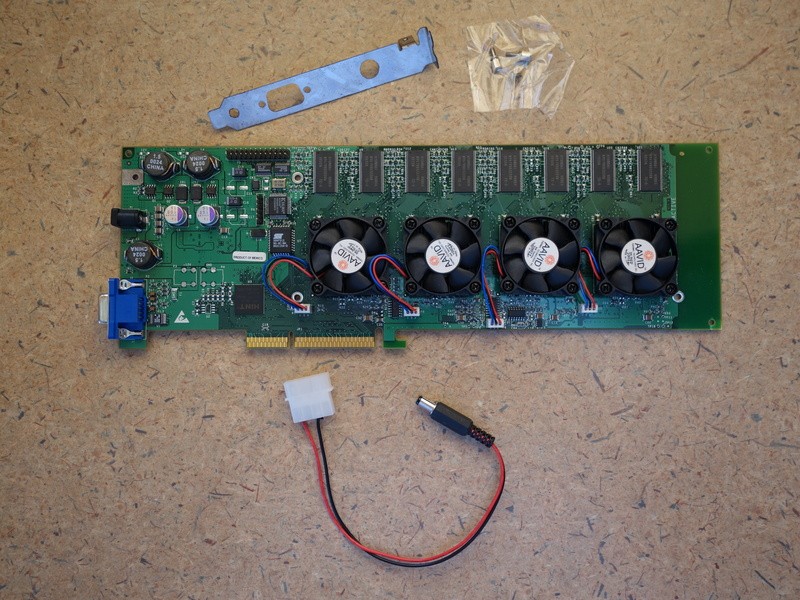 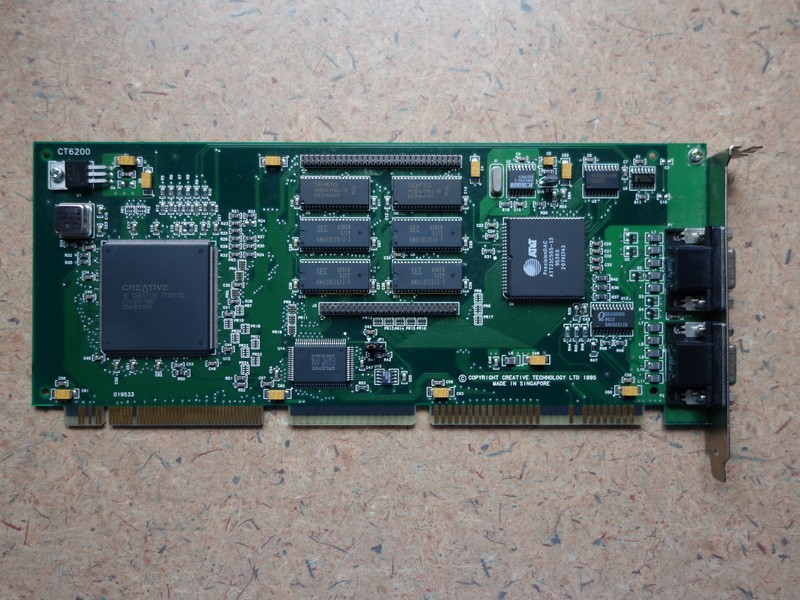 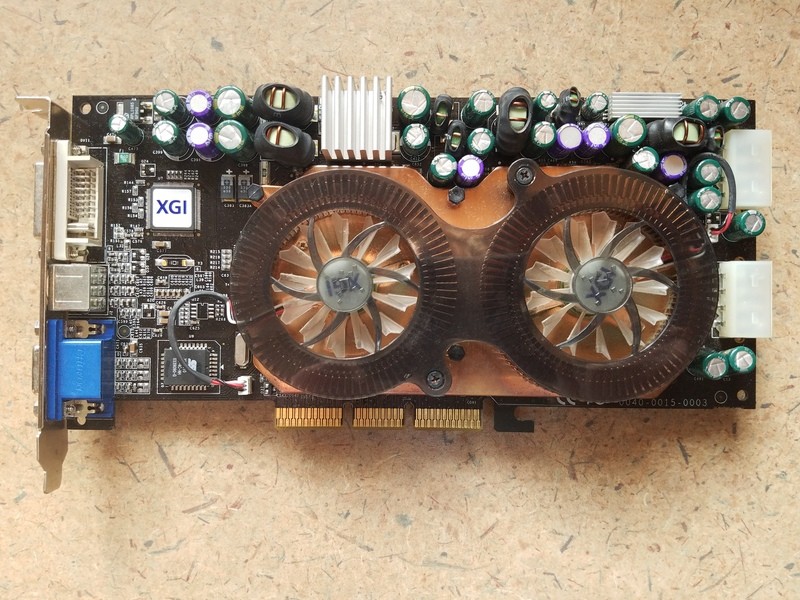 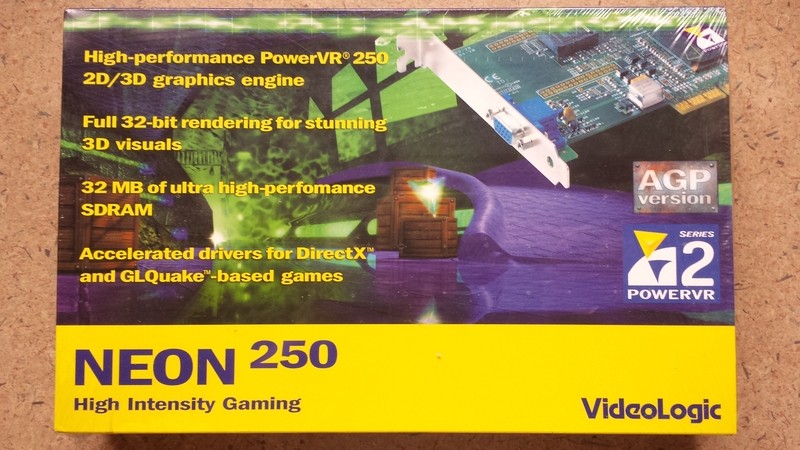 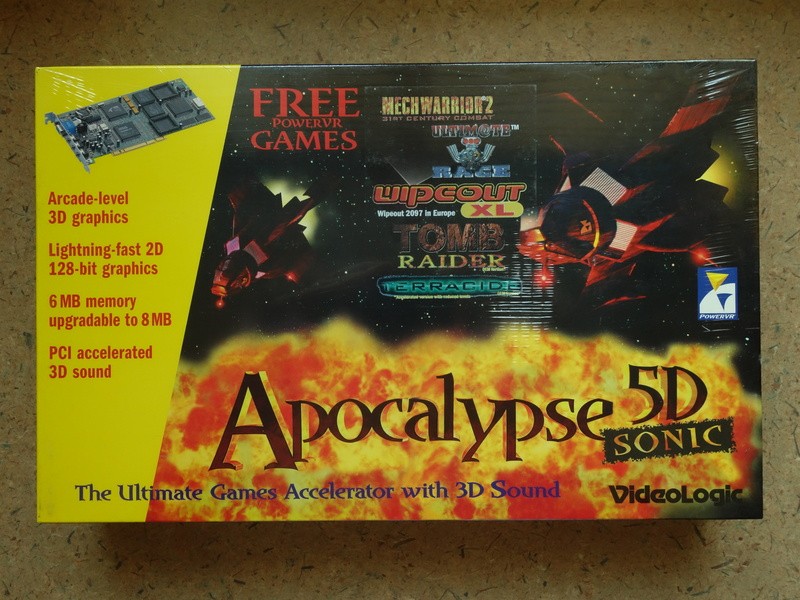 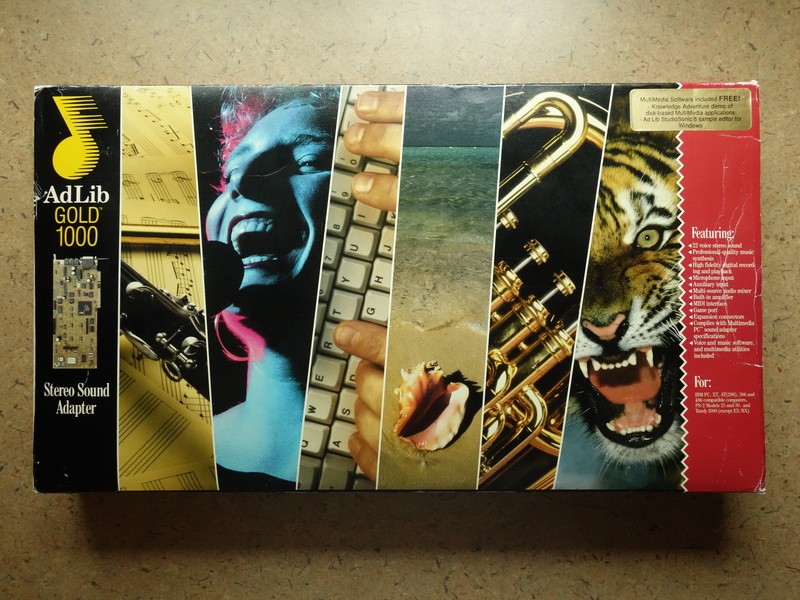 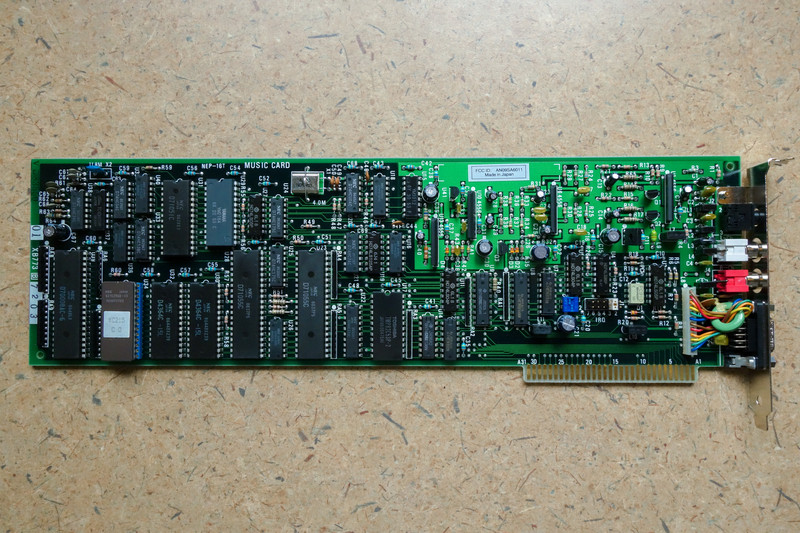 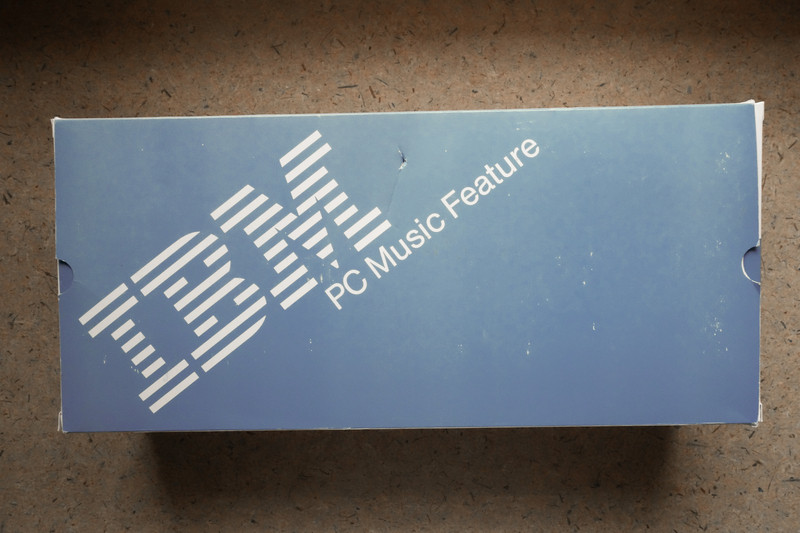 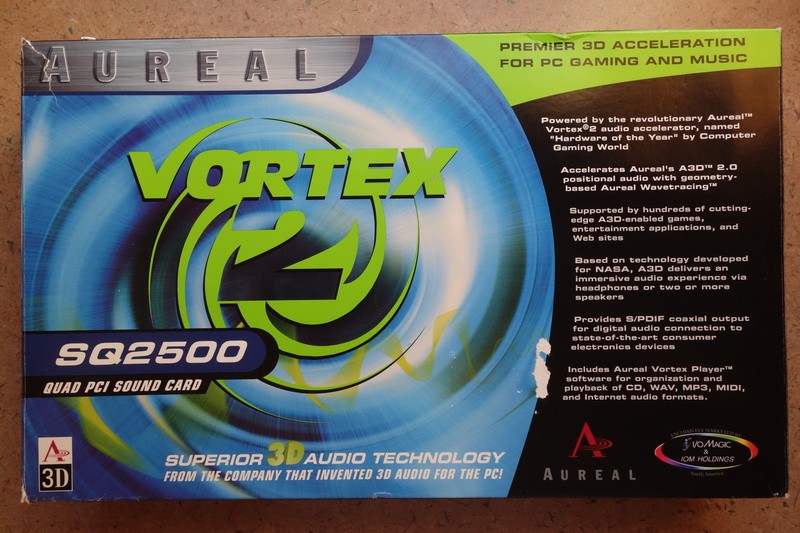 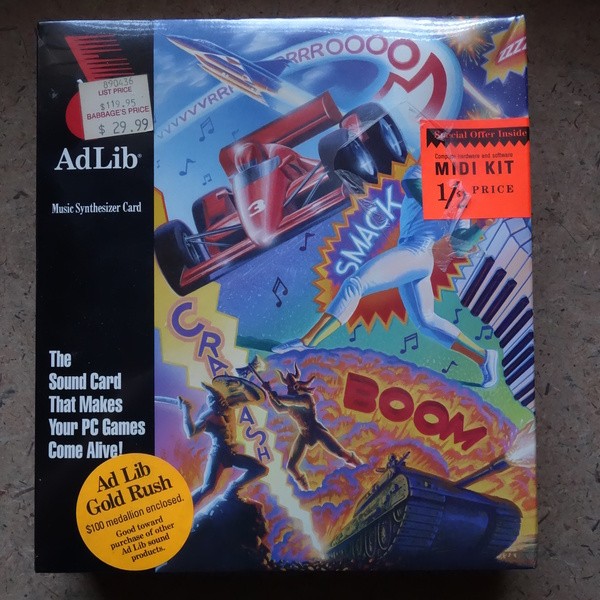 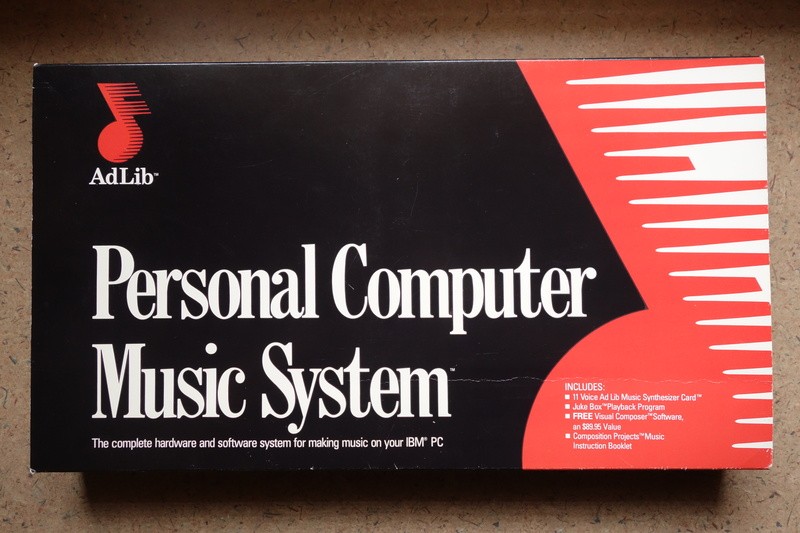 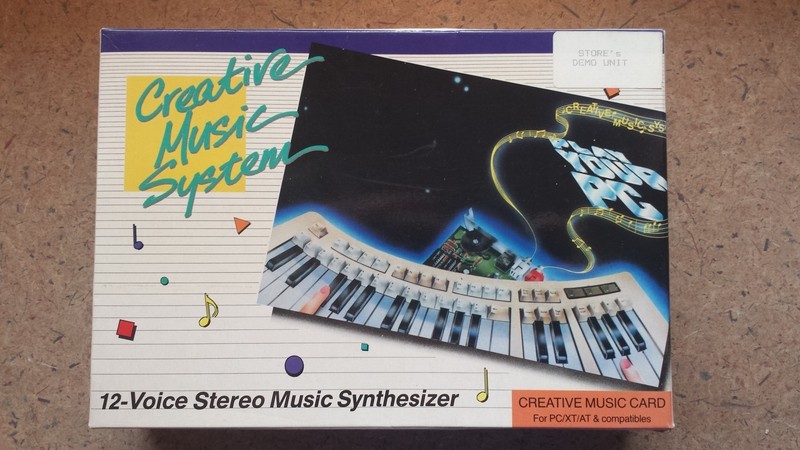 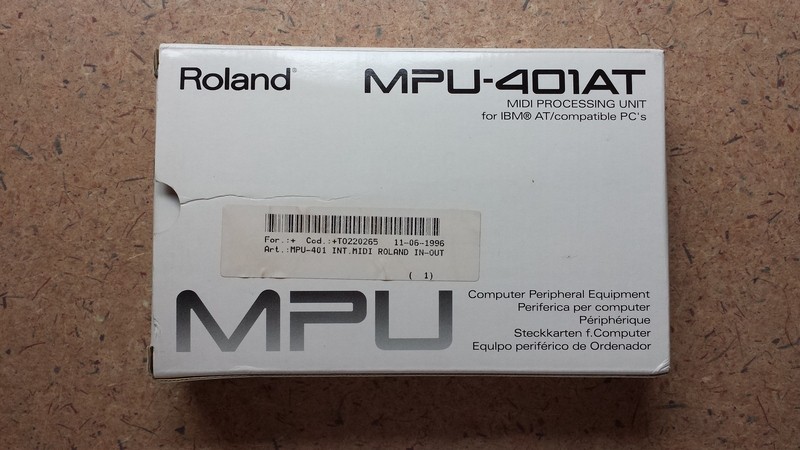 Some very very cool stuff there Artex. I always wanted that XGI card, plus of course the v5 6000.