Fairly obsure fact that its hard to find anything about on the internet, is that the original Radeons had a hidden feature to raise the anisotropic filtering all the way to 128X in OpenGL games. Screenshot comparison links seem to have all been posted in 2001 and all are dead. I was curious, and I managed to get it working just now, using an ATI Radeon 8500DV All-in-Wonder I just recently obtained, which was able to activate the feature using its initial launch driver 5.13.01.3276 (It didnt work on later drivers). The feature was meant for the original Radeon, but I guess it works on 8500 too. So, without further ado, heres the first comparison I was able to make, Serious Sam, with 2x zoom in ms paint to make it easier to see: 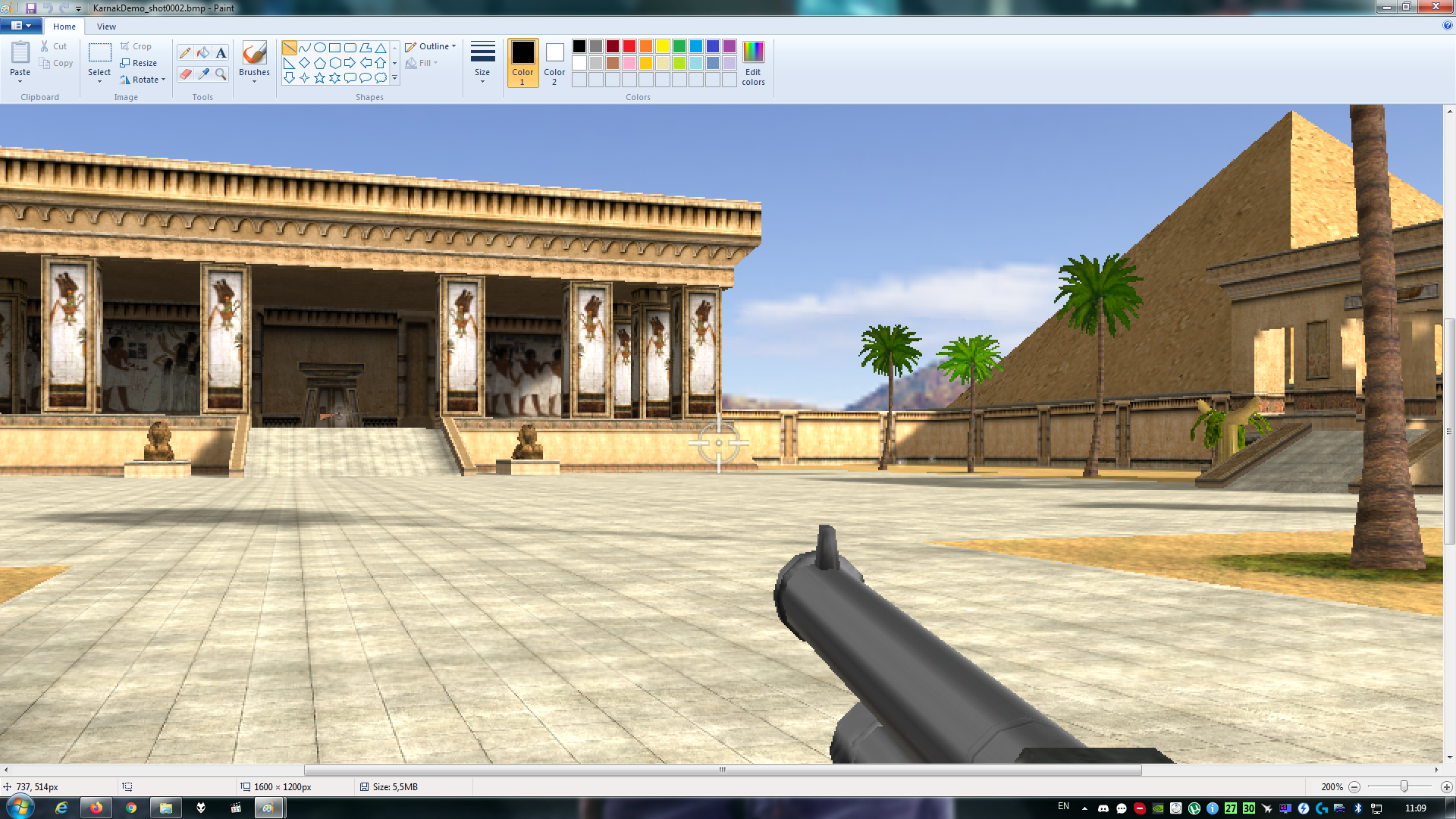 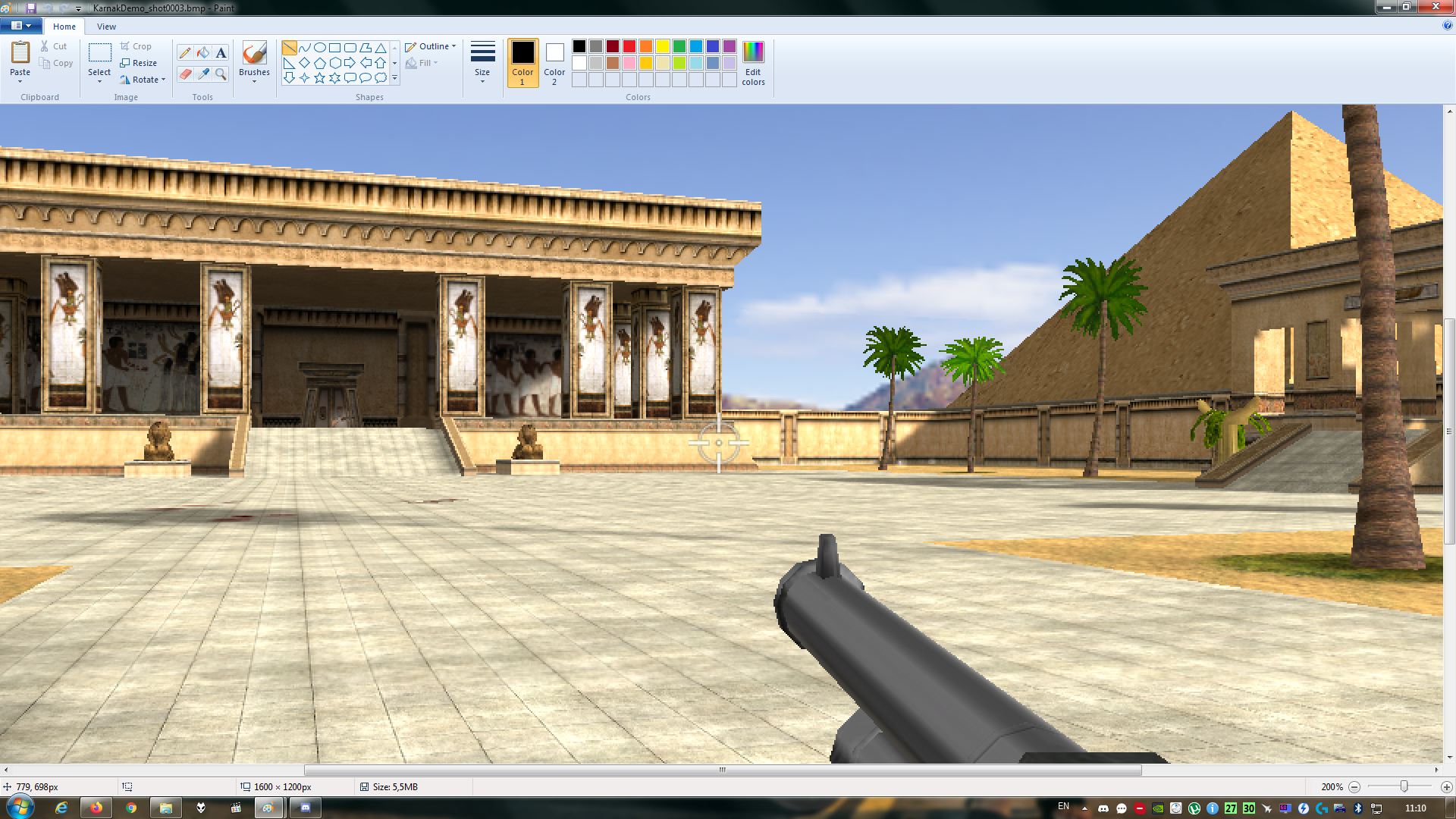 Immediately noticable is the blood splatters from the kamikazes I killed just before the savegame, do render from this angle in 128x, but are missing in 16x. Also distant tile textures do appear to be a bit sharper tho maybe also noisier?
No antialiasing on the pics btw, this card has FSAA 2x or 4x, and also SMOOTHVISION 2x to 6x, not sure which to enable or both, yet, will research this next

I created a .gif out of that so you can easily tell the differences:

This is pretty neato.

Very cool; thanks for sharing. Any noticeable impact on performance?

Blood rendering is just a game bug most likely. From what I see, "128x АF" just forces negative LOD with 16x filtering, which can be tweaked on any card via game settings.

The reality is that the Radeon supports up to 16x anisotrophy (not to be confused with 16tap), but when this key is set to something higher some driver trick kicks in. What the driver is doing though I don't know, but it does have an effect to turn it up to higher than 16.

What the driver is doing though I don't know

So it's really forced negative LOD.

Yeah my guess would be LOD has changed. That's what the effect looks like.

Found this forum post from 2001 that might shed some light into how this works and why it doesnt look as impressive as I hoped it would:

I don't know if the 128 Tap Anistropic filtering is such a good thing. I read an article on a forum by Wumpus from http://www.gamebasement.com and noticed he was right about the levels not being blended like trilinear filtering. I think the texture sparkle is too much and the differences between the MIP levels is too distracting to actually use it in a game. If the implementation blended MIP levels, hell yeah I'de use it all the time! Plus, it drops my frame rate by a pretty large margin, 10-20 fps and I'd take speed and good visual quality over questionalble higher filtering quality and lower FPS.

As for performance testing and checking some other games, will do that when I finish a complete build with the card, for now it was just on a test bench to make sure it works. Will probably do a build soon, but the period correct WD1200JB HDD that I have is currently in use in another build, so gotta beat the games I have started on that other build before I take it out for this build. I didnt have fraps installed, but I could tell serious sam is not running smoothly at 1600x1200, I suppose 64mb vram isnt enough for that rez, its probably a 1024x768 card. 128mb radeon 8500 exists but they are expensive.

I did try CS 1.6 before I disassembled the test rig tho, probably should have gone with Half-Life instead, since CS doesnt have savegames so I couldnt stand in the exact same spot for both screenshots. Still I was unable to notice a difference, but old posts suggested this makes a huge difference in CS and Quake 3.

p.s. apparently theres a way to get 64x AF on a geforce3, cant find much info about it tho

16x looks better to me. 128x has a moire pattern artifact on the ground in the distance.