been playing Witcher 3, seems like Gwent the card minigame is more addictive than the game itself. DLCs are also more interesting than the main game story wise imo.

Me and my son played Sim Coaster and he had a blast building the park and designing the rollercoasters with me. Either this weekend or sometime next week we're going to start Sim Theme Park. I love playing these older games with him. He has a blast playing them.

sim coaster : i have to fight off the image of software that simulates something to put your coffee cup onto! 😀

Me and my son played Sim Coaster and he had a blast building the park and designing the rollercoasters with me. Either this weekend or sometime next week we're going to start Sim Theme Park. I love playing these older games with him. He has a blast playing them.

sim coaster : i have to fight off the image of software that simulates something to put your coffee cup onto! 😀

This is one of my favorite posts ever. I busted out laughing as I read it.

I've sunk over 20 hours into Tyranny and I feel I have completed a quarter of the game or so. Honestly? I think it's a criminally underrated masterpiece. If you dislike the Baldur's Gate and Pillars of Eternity kind of realtime/pause combat (and particularly Pillars of Eternity combat with its focus on cooldown abilities) you will hate this game mechanically, so it is not really for you. But if you like those types of games, it's a great narrative experience and I am having a blast progressing through it. It has a very open, branching storyline that allows you to take sides with a lot of factions (as well as go full anarchy and kill everyone), which in turn means you can retain and work with different NPCs/parties for wildly different endings. I can wholeheartedly recommend this to anyone who likes RPGs. I just don't how this game did not become a huge hit, it is amazing.

I've persisted with Pillars of Eternity II and it's starting to grow on me - combat is becoming more enjoyable as my party levels up and gets some more interesting abilities. I suspect I'm sucking horribly at the combat but playing on easy so I'm getting by. The characters are also working for me - I'm starting to care about my party members and enjoying the sailing mechanic; that could grow tiresome but it doesn't seem to require too much effort to keep your ship shipshape.

I also do like the setting - tropical islands, interesting dungeons, etc.

Gave up on Homeworld after about mission 10. It just got too hard and the 3d space rts genre is just not my cup tea.

Sometimes knowing when to quit and move on can be a blessing.

Switched to my other gen3 pc and started warlords battlecry 1, which I have in big box form. Patches were incredibly hard to find.

Finished off The Blues Brothers, a pretty tricky platformer actually but my final run I managed to finish it will full health and 3 extra lives. Could really do with a password save feature after each level, would make it much easier.

Interesting that after finishing the last level the game tries to load another level which is just a screen of glitchy graphics garbage. The player character and a few enemies are still there and you can run around a little bit but nothing to do except kill yourself off.

EDIT - After looking at a Youtube playthrough that does have a short playable 6th level, I'm guessing there is a problem with my disk 🙁

Next game up will be Indiana Jones and the Last Crusade : The Graphic Adventure on my 486. I've played this a few times before and both times the fist fighting sections have annoyed me enough to quit playing, but I'm determined to finish it this time around.

It's Kerbal Space Program. It's a ton of fun it's a game where you build rockets and complete missions in space and explore the Kerbin solar system. Me and my boys love the game it was worth every penny.

Sounds fun. I'd love to try it when I have the time. 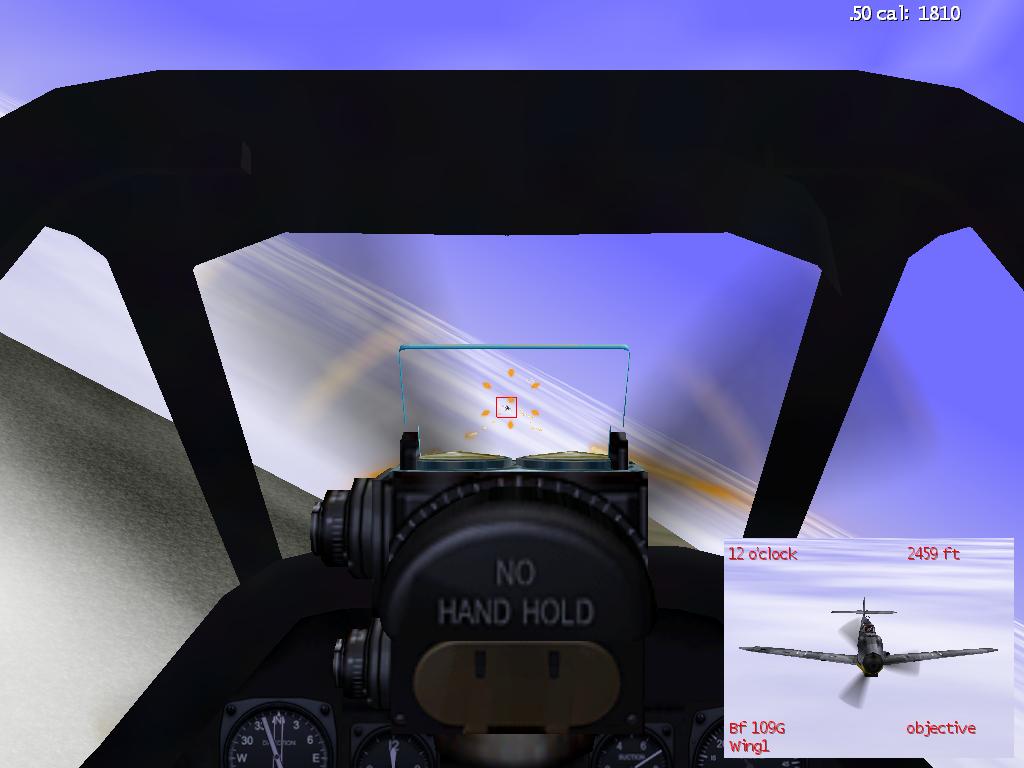 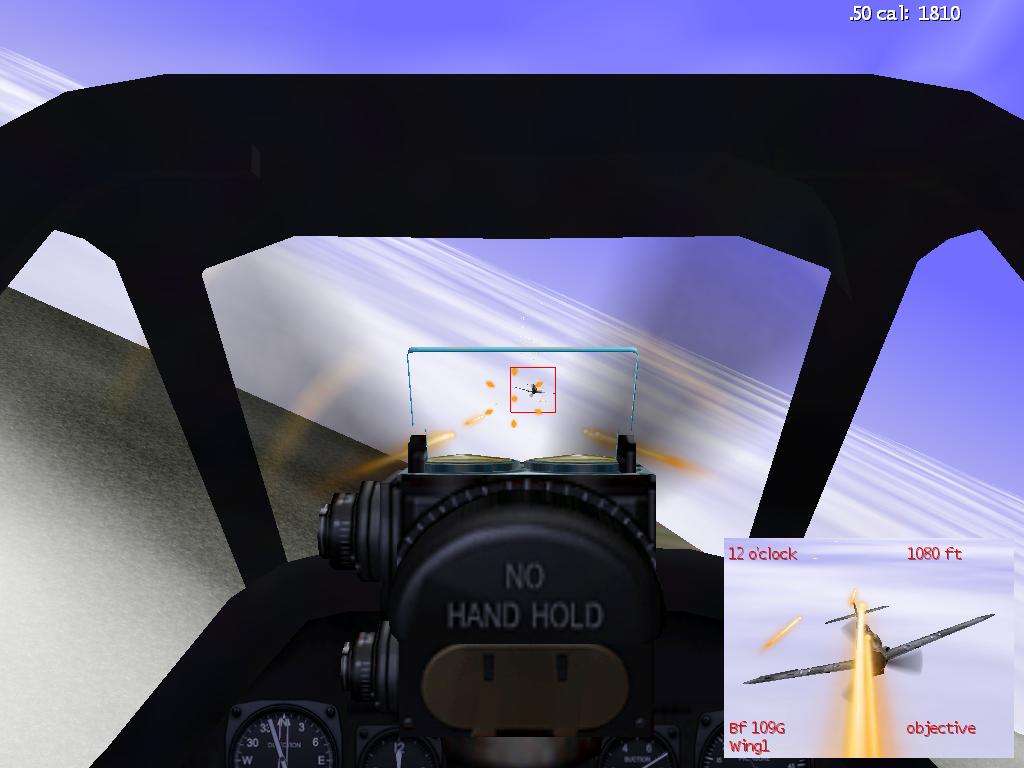 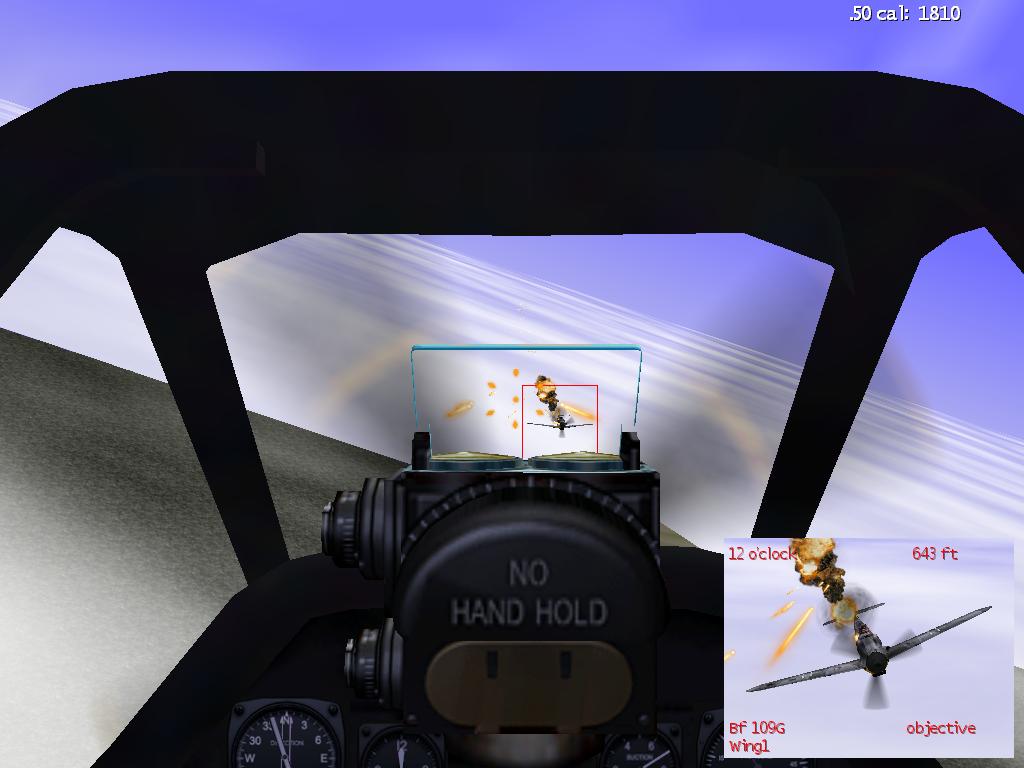 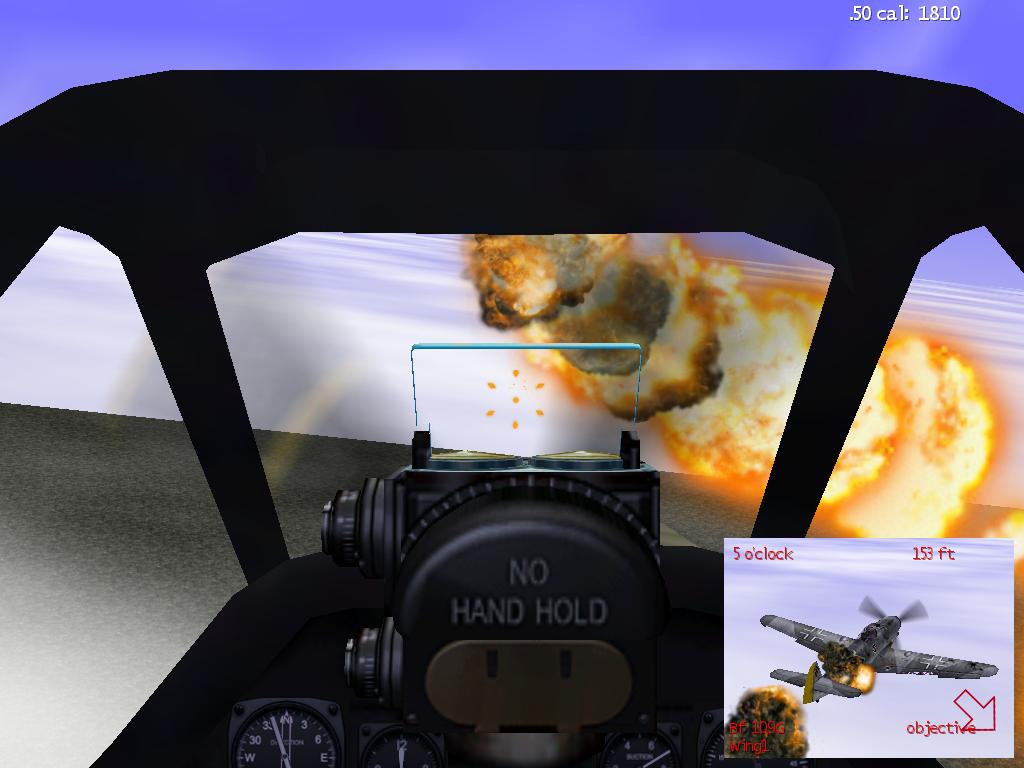 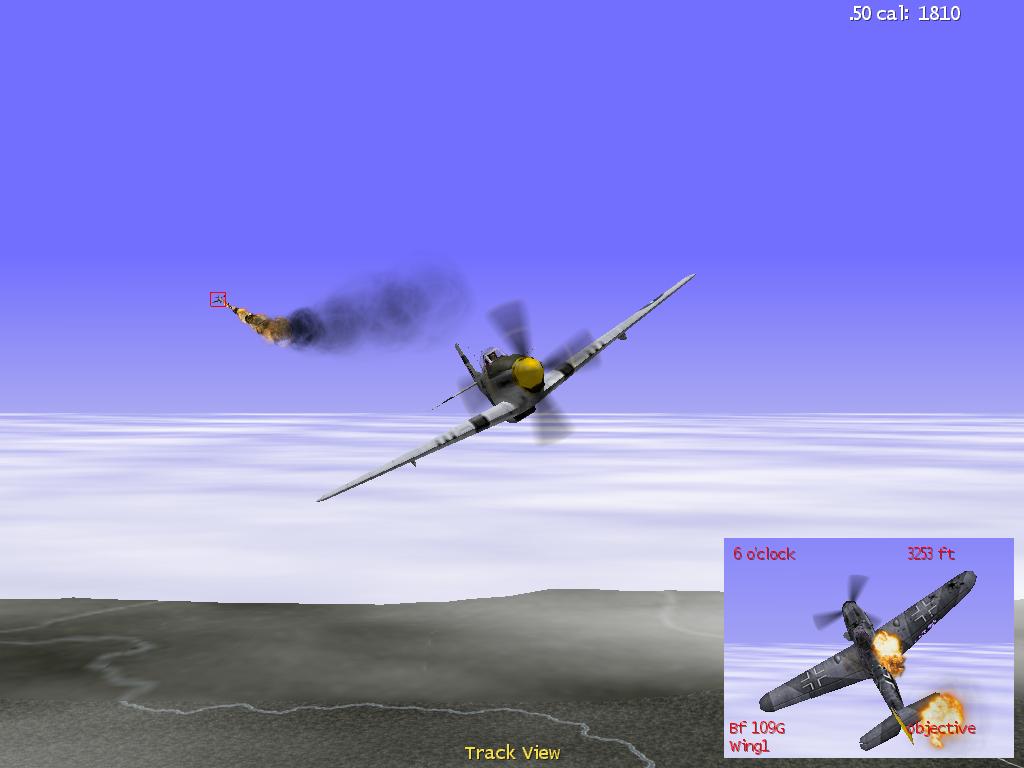 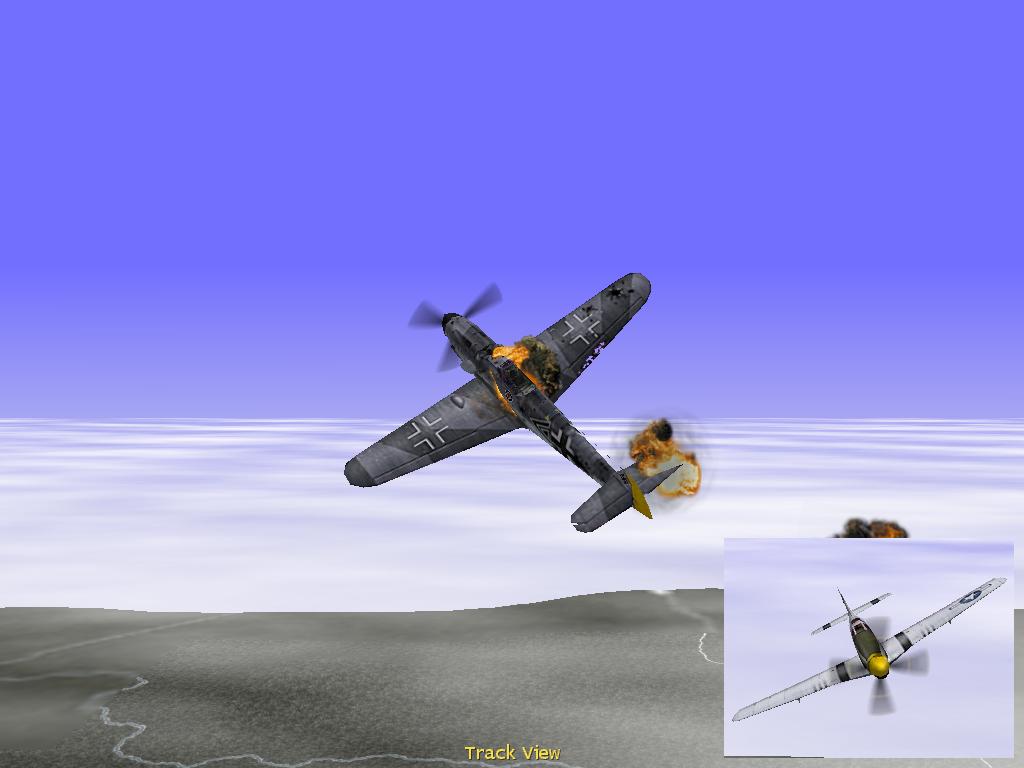 Not very realistic but helluva fun! I believe the world needs fun and easy to play flight sims like Chuck Yeager's Air Combat, instead of another DCS or IL-2.

I just started playing Cruelty Squad thanks to a generous friend.

This game seriously isn't a joke even if it looks like one, though when you start speed running it becomes pretty ridiculous.

My go-to game for the last year or so has been Stardew Valley. It's gentle and absorbing and helps me get into a mental state where my anxieties and constant feeling of being overwhelmed are manageable, so I keep coming back.

Carmageddon. What the hell is up with the default controls and why can't I steer with direction keys 🤣.

Not very realistic but helluva fun! I believe the world needs fun and easy to play flight sims like Chuck Yeager's Air Combat, instead of another DCS or IL-2.

Well, I almost have every weapon unlocked in Cruelty Squad and I just need to finish the last non-secret mission and then I can get started on the two borderline unfair secret maps.

The first time I completed this (vanilla DS2 on PS3) I remember being annoyed with several areas and finding it to be a bit of a disappointment compared with DS1. However, I really enjoyed the game this time around... the changes and balance tweaks they made in SotFS really helped make frustrating areas a bit easier and easy areas a bit more challenging.

The structure of the game is perhaps a bit simpler than in DS1, in which areas were often connected to two or three other areas once you found the shortcuts. In DS2, it's more like a hub with each area extending separately from that hub... I guess more like Demon's Souls than DS1. Even so, I liked it. You often have two or three areas to explore at any given time, and if one "spoke" off the hub becomes too difficult, you can just go explore another spoke. Unlike DS1, which was awesome for the first 85% and pretty dull for the last 15%, DS2 was fun the whole way through. I think the only area that I disliked was Black Gulch, but even then it was very memorable!

Because this was my first time playing SotFS, I did beat all the DLC content that comes included with the game. Those are some very tough areas for a spellcaster character, but it was a lot of fun figuring it all out. I ended up doing nearly everything in the game except for defeating a few optional bosses (I'll keep my save and probably will go back and defeat these also at some point).

Still on KCD and still loving it. I haven't had much time to play (maybe 5 hrs a week) so my progress is slow. One thing I've come to love about this game is the archery mechanics. Very difficult, no aiming reticle, you kind of have to get good at going by feel. I had one standout point recently where I was trying to defeat four Cuman raiders camped out. After probably 10 failed attempts, I tried this:

Settle in just out of sight of the camp, then fire an arrow into their camp area. A few of them come running out looking around. I immediately hightail it out of there. When I get significantly out of the woods, I stop and turn around and see a couple of them just exiting the woods. They don't see me yet. I wait for the two to separate, then take a shot at one with my bow. Somehow, from close to 100 feet away, I hit him in the shoulder as he's turned to the side of me. He staggers, looks around, still doesn't see me, then starts wandering in the opposite direction. I push my luck and take another shot from the same distance and nail him again. This time he falls. I run over to him and he's dead. I follow the other guy back to the woodline and am able to handle him with my sword. After I take him out, the camp leader hears our commotion and comes running over. One-on-one, it's a tough battle, but I eventually take him out without getting too injured by him. I don't bother looking for the fourth guy because my mission is to take out the leader and I don't want to push my luck. I loot the three, taking the leader's mask as proof and cutting their ears off for the reward.

Those two bow shots were simply epic. It is so hard to aim accurately and consistently in this game that to get two consecutive hits from such a great distance fired me up like I haven't been in a long time during a gaming session. I love this game.

Still on KCD and still loving it....

I liked it a lot but I got stuck on the main story, I have a problem with games that are easy and then all of the sudden the devs decide to crank the difficulty to an unfair degree. So anyway I started leveling and got caught up in that and life happened and I stopped playing.

I played it on GeForce Now btw, it worked surprisingly well.

Still on KCD and still loving it. I haven't had much time to play (maybe 5 hrs a week) so my progress is slow. One thing I've come to love about this game is the archery mechanics. Very difficult, no aiming reticle, you kind of have to get good at going by feel. I had one standout point recently where I was trying to defeat four Cuman raiders camped out. After probably 10 failed attempts, I tried this:

As someone who did a little archery, I'd say KDC is the closest thing to reality I've ever experienced in a game.
Also, I recommend you not to neglect poisons. Poison arrows and swords can tip the scale in your favor a lot. Especially if you didn't learn master strike yet.

I do most of my KCD bandit battling on horseback - bow from a distance or charging with a sword works well.

I'm playing Jedi Knight on my PPro machine... AGAIN, haha! I must have played this game over 10 times by now. After that it'll probably be tombraider 1 or mechwarrior mercenaries again...

Although it's kind of a toss-up between those last two. Horrid level design versus horrid Doom-era controls.