Unreal Engine 5- Who's ready for a jump in graphics realism?

I just watched this overview of how Unreal Engine 5 is coming along. Really cool stuff!
https://youtu.be/gry36cT3TdI

They are getting closer, but to me it looks like reflections as well as too perfect geometry is still going to be an issue, nit to mention some movement mechanics.

great graphics for sure but it still looks fake to me

I've played it on my Series S and was slightly underwhelmed compared to what the hype was making it out to be.

It was a bit of a blurry mess due to whatever dynamic resolution and temporal anti aliasing was going on, most likely due to the lack of power on the series S. However having messed with DLSS and TXAA in various games I usually now just force native Resolution and no TXAA, instead using are MSAA (or is that SMAA) and lower settings if I need to.

The physics and animations in the actual game bit were not very good at all (GTA 4 Euphoria was better!)

if a decade of UE4's jank is any indication, graphics prowess are the least of my concerns when the QOL, input and UI tends to get ducttaped for most of the games... if they're lucky to not be fixated on certain effects that Unity doesn't ship

I can only imagine Unreal Engine 5 being a complete soulless husk of what the engine once was.

Epic Games, can you just open source Unreal Engine 1 already so I can actually start making my game?

Unless video cards become halfway affordable again at some point in the next 10 years, I think game devs might need to shift their efforts to something other than graphics.
They may create a consumer rebellion if they ignore the escalating cost of what they're pushing.

I don't care how realistic the graphics are; as long as they still fall into "Mexico in American movies" trope, then the graphics still suck. 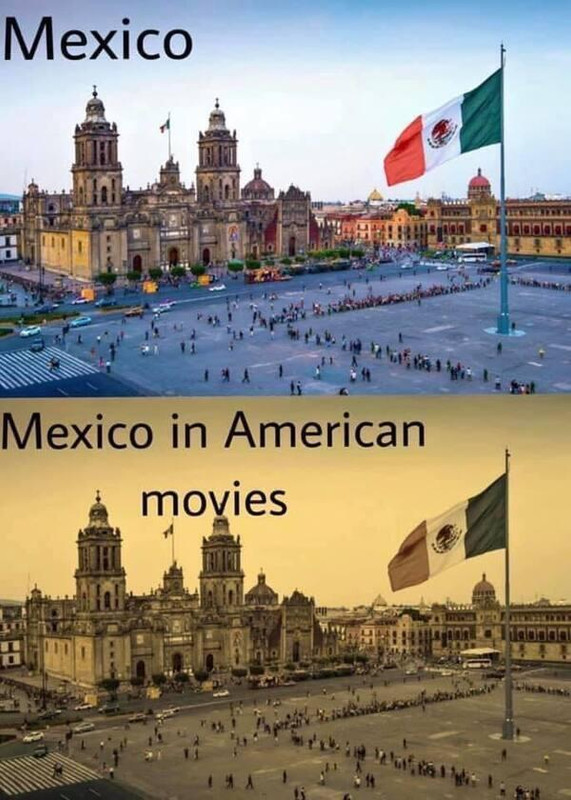 I suppose the colors palette problem comes from bad design choices maybe supposed to increase realism but at the end often decreasing it. Back in the past games I didn't like the few oversaturated colors most games had that was far from realistic in a time I hoped to see gfx realism in game graphic but appeared that the enviroments colors weren't always even close to any real place on the planet. For the few modern games I've seen nowdays, it looks like in the middle of the absurd amount of "post processing effects" and similar techniques, the color problem still is there even if different.
Anyway imho while indeed modern engines/hw increased a lot rendering realism to a level where gfx rendering is not that important anymore, maybe games concept and lack of new ideas are nowdays a much bigger problem similar to what often seems happening for the cinema itself.

In this thread I learned that American movies render Mexico in idTech engine.

🤣 at the thread you linked.

I actually really like the Dirt games. Never really thought about the color pallet being drab. Then again I also don't like over-vibrant colors in games either. I don't really want my games to look like everything is super reflective and in neon colors lighted by neon lights.

But it also depends on the game.

I feel photorealistic graphics have been more of a hindrance than a help.
But sure, that also depends on the genre.
Most of the time I like "games looking like games", not movies (graphics also conditions gameplay).

I´ll take Fortnite aesthetics over WarZone, for instance, anytime.
90s graphics are more than enough to me.