Here is a Yuletide log for your holiday delectation.

Tell us which video-game sounds or voice-clips are the most burned into your brain for life.

Maybe it's not the game you played the most, but a certain sound or voice-clip still attached itself to you permanently, and from time-to-time - even decades later - that clip will pop back into your head and play itself randomly.

Here is an odd example for me: 13-14yo, the 1990's had just arrived, and my first local arcade had a terrible Street Fighter 1 cabinet, and my friends and I learned how to dragon punch (etc) on it. The cabinet had a woeful single speaker, no treble, and was somehow simultaneously both hard-to-hear and boomy-and-annoying. We would lose to the CPU often, and the post-fight losing scene is for no good reason at all forever stuck in my brain to resurface at random moments in excruciating fine detail, this low-fi booming You've got a lot to learn before you beat me. Try again kid(do) heh-heh-heh-heh.... <Continue Timer counts down>

Now I can’t think of anything else except “Pizza time!” It’s stuck in my head, again.

There's quite one too many to list for me:

Hearing a cacophony of "Schutzstaffel!" in Wolf3D really does it for me.

Pulse Rifle, and also the Bullgut firing sounds from Shogo: Mobile Armor Division. The former especially given how I often have to fall back to using that thing for the next 12 hours.

That stupid stock movie silenced pistol sound that's used in everything from the Duke3D Chaingun Cannon, to the "Machine Gun" (really a Ingram MAC-10) from Shogo, to even used as a ricochet sound in UT200x for some bizarre reason!

Cool topic! Off the top of my head, these come to mind:

Of course they always sound in character when repeated in my head!

Ah great, now that I've started thinking about it, there are loads...

The zapzapzap sound at the very start of duke nukem 1.

Must be Popcorn (music) from Digger. I played it on a pc clone back in 1989

The intro music of D.R.A.G.O.N Force (starting from the minute 2:23 in the video), albeit not in the good way, since I found it very annoying. Ironically, I actually love the game. For some reason I just love "real-time-with-pause" mechanics for squad level combat.

Anyway, the video above is not mine, and my copy is actually a DOS version instead of Amiga. The intro music is naturally a sequence of beep bop bop, but it retains the same annoying melody. 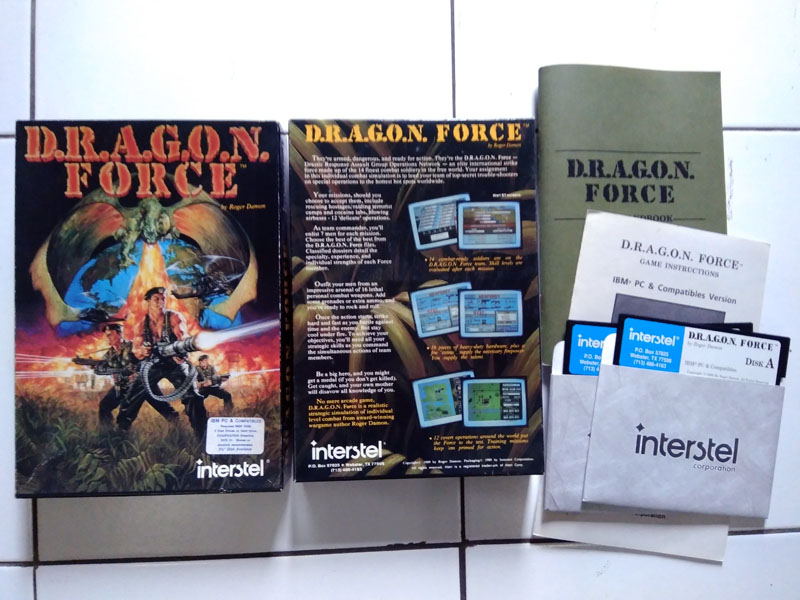 My copy is actually DOS version.

For some reason the PC speaker rendition of the PC version of Street Rod pops into my mind semi-regularly, as does the flying disk tune from the SMS version of California Games.

I was also taken aback recently when watching the new Dune movie (freaking awesome BTW) and hearing them pronounce Harkonnen differently than Dune 2, the sounds of which are seared into my synapses.

For me, the voices in Warcraft II

It's even on YT:
https://www.youtube.com/watch?v=6wkc4uCaLpw

Anyway, this is the first IBM compatible game I've ever played. Try listening to the music for the entire length of the video, I dare you. It stuck with me for decades, albeit not as annoying as D.R.A.G.O.N Force intro on the previous post.

Anyone old enough to remember this?

Yes. I love it. I can even smell the old machine when I watch it..

Well for the computer games I'd say most Stunts or some Jill of the Jungle (PC speaker version) sounds, the voice of Thief 1/2 main character.. usually often come to my mind the soundtrack of the 3DMark2000 demo.. I think I've listened it a thousand times and sometimes happen to think about it during building a PC config.. 😁
But the most remembered sounds imho are not related to videogames but the empty floppy disk drive sound at the boot or the 56K modem connection or the Win 98 boot sound. 😉

The healing and warp out sounds in the Apple II version of Dino Eggs.

The humming machinery background sounds in Crusader: No Remorse and No Regret.

Most of System Shock songs and sounds.

Various sound bites from Links386 Pro:
"Got a hold of that one!"
"That's in the deep stuff."

"Look at you, hacker: a pathetic creature of meat and bone, panting and sweating as you run through my corridors. How can you challenge a perfect, immortal machine?"

If you know, you know and this line needs no further explanation 😁

Also as you read it, you hear it in her voice.

Yes. I love it. I can even smell the old machine when I watch it..

Nice to see someone who still remembers that game. 😀

"Look at you, hacker: a pathetic creature of meat and bone, panting and sweating as you run through my corridors. How can you challenge a perfect, immortal machine?"

If you know, you know and this line needs no further explanation 😁

Also as you read it, you hear it in her voice.

But of course I remember that line, S.H.O.D.A.N. 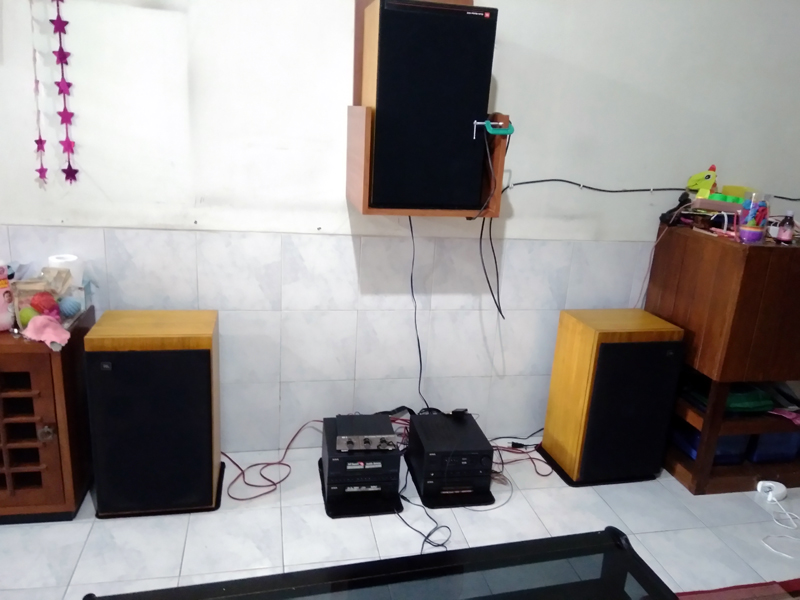 Long story; the AVR is temporarily replaced by an Aiwa mini component system while the HTPC is being upgraded.

The background sound effect of Alley Cat is still ringing in my head sometimes.

However, the most beautiful game-related sound that never stops singing in my head is a song named Gaining Ground from Warlords II. Just listen to the song, you won't be sorry.

Mission accomplished - I say this to myself whenever I achieve something trivial
Silos needed
Awaiting orders
Unable to comply, building in progress