Hello, I just received my second S3 Savage4 Xtreme video card, I would have expected it to have 166 MHz for both gpu clock and memory.
Instead according to Everest it shows 110mhz for the gpu and 125 for the memory according to wikipedia those are the clocks for the Savage 4 Pro.

It's the second video card I buy of this kind, the first one (I opened a topic some time ago) had a burnt pin and never worked fine (now it's apparently dead for good), but if I remember fine it also had lower clock than specification.

I also installed the latest driver and tried to start 3dmark 99 but it said the card don't support directx6?

What is wrong with those cards? Are they cheap clones?

75ns memory chips - 133 MHz max? Was the card marked as an Extreme edition, or is it just a used Extreme graphics chip on a regular Savage4?

print on Chip look not very clean. Have you aceton, pleas rub chip with aceton.

I´m not sure I can post links to ebay here, but that´s not how a Savage4 Extreme looks like. Not even a Pro version.
I own both (love the Extreme one), they both come with heatsink and look like these: 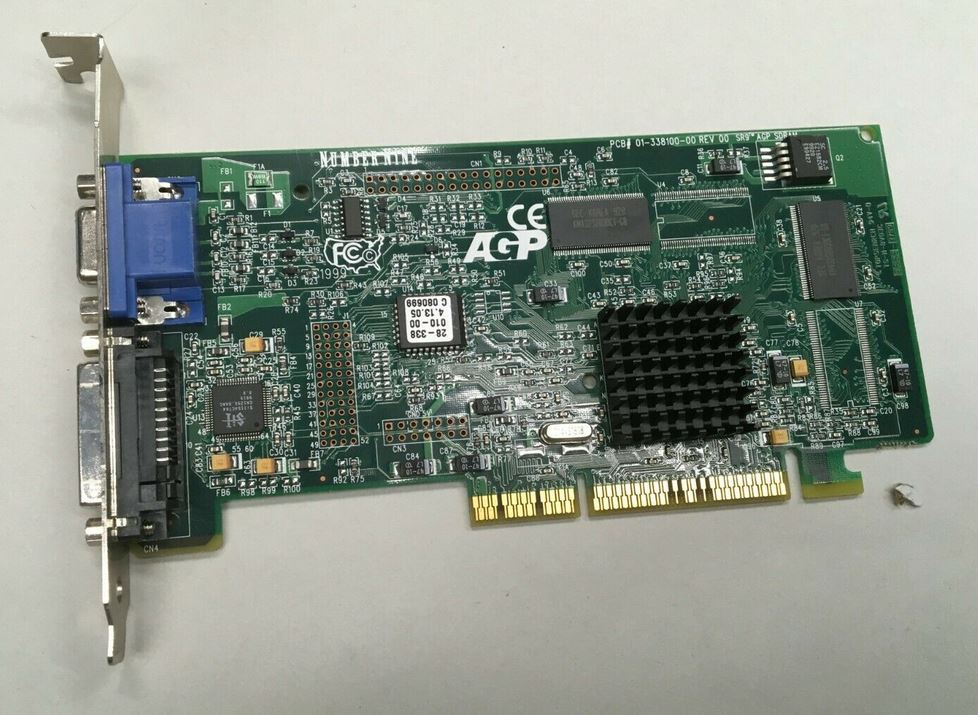 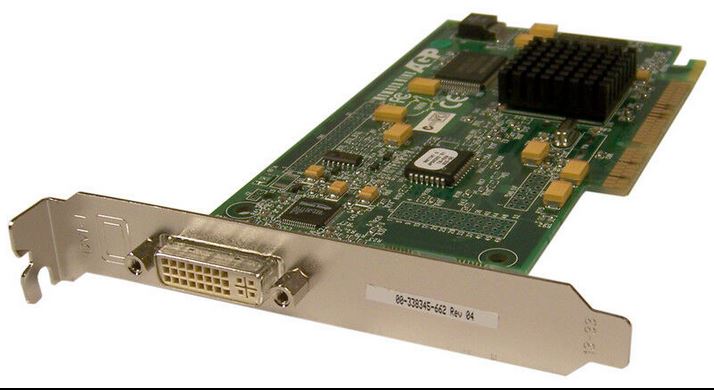 The one in the picture you´ve shown looks like more of a LT version.

I'd not be comfortable using acetone for that, seems to me one of the solvents most likely to strip the printing right off. (Maybe not so so much on this package, but packages with a heatspreader and black printing for sure, and the sleeves of electrolytics and other components you could "clean" unintentionally, leaving you unable to identify them in future)

I can confirm that chips mounted on boards marked as Savage4 PRO and Extreme, come with a heatsink and that the board comes with a more complex PCB.

The cards offer a clean and quality 2D signal, they are a different experience in the 3D field (nothing transcendental, but certainly interesting the use of higher quality textures in Unreal 😉)

Given the compatibility with DOS games, I believe they can be a good choice for managing 2D in an ultimate Voodoo2 SLI build 😁

Could it be that that PCB manufacturer just used some late 2000 Extreme chips that would run @ lower freqs cause cheaper ram modules? Anyway I have the Number Nine real Extreme version and beside the DVI output not working with the monitor I have but working with a DVI-VGA adapter, it's a nice card that deserve to be compared even more with Voodoo3 and such cards.
Also could it be that the card did have an heatsink that detached itself?

My Gainward CARDEXpert SG4 Savage4 Pro PCI has a similar problem: while the sticker says "SG4 Pro" (86c397), software like Everest or CPU-Z identify it as either non-Pro (86c395) or "Savage4V," a model that I can't find on most websites. Memory clock is even slower at just 100 MHz.

Thank you all for the many answers.
The "gpu" become very hot indeed, it should need a heatsink.
There was some gunk on the chip, I cleaned it with fingers.
The memory is rated for 7,5ns, I will try to get higher memory speed, i'm not touching the gpu clock since it gets very hot already.

This is the other card that I have (not working): 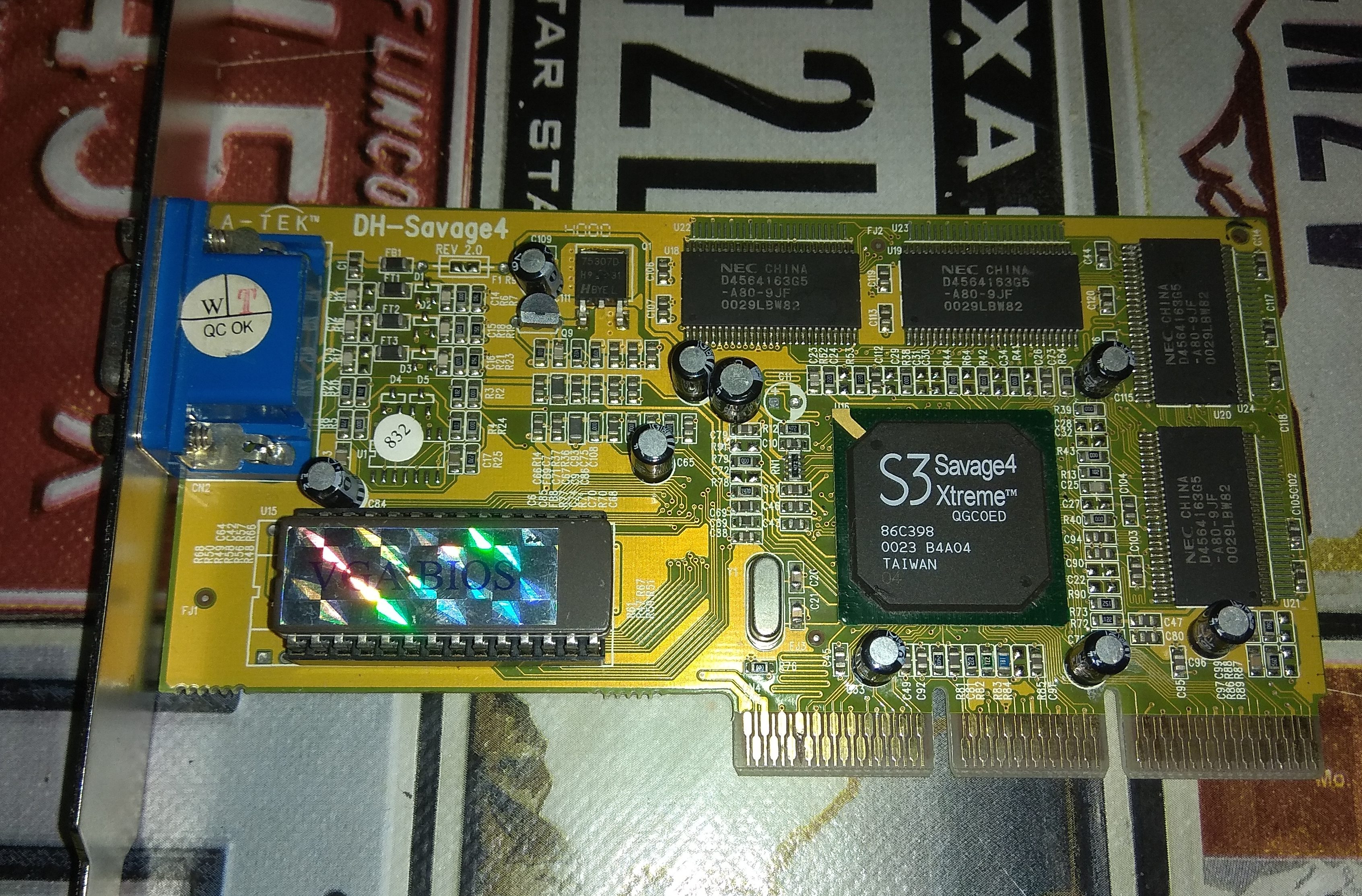 I also have another S3, the most common S520 8mb, it has no heatsink, a pro chip and lower clock speed:

Edit: I put a small heatsink to the gpu and overclocked the memory to 133mhz, apparently it works fine.

Indeed an Xtreme card deserve something extreme! 😁
Joking aside, I pushed it to 133\133, the small heatsink become so hot that I can't keep my finger on it, unlucky it is very small but there isn't much space around the card. 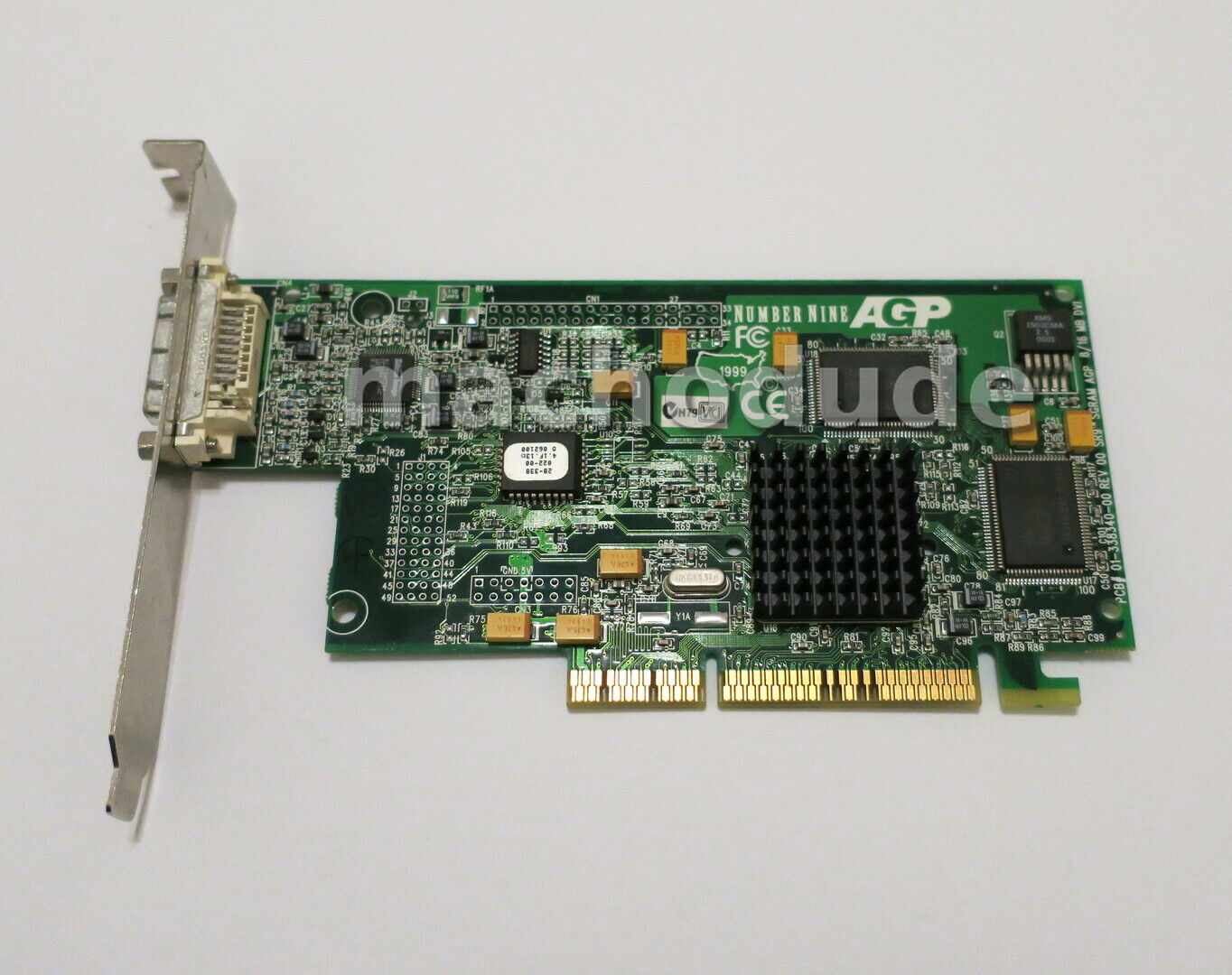 Well my diamond savage extreme S540 runs 166Mhz GPU and RAM.
It runs very hot and one should have good ventilation.
I would not run it without a Fan, heat sink is factory installed.
Shipping without a fan was bit enthusiastic as the Card definitive needs one or it runs unstable.

I think to remember if anyone can confirm, the code on the right that says SR9 is the model Extreme, I've got the very same card. Anyway instead of the Voodoo3 having such card and also with DVI in the 1999 would have been perfect.. to bad most reviews usually talked too much about 3dfx and nV plus ATi and Matrox as alternatives while S3 was often left to the low end discussions.

I think the card is just fitted with an Extreme chip, but sold out as a Savage4 GT considering the memory used (7.5ns). I have a similar one from Manli with VT memory with access time of 7ns, clocked as your - 110/125. The chip is fitted with a small passiv and is heated strongly.
Savage4 PRO had higher clock - 125 MHz core, 143 MHz memory. Savage4 XTREME was the highest model with frequencies of 143/166 MHz (with SGRAM?).

You write that there are problems with the second card - can't the cause be in this contact?

Savage4 is indeed a good chip, but it's not the most compatible due to the drivers. It's great that the blood-effects are shiny in Revil2 and that the colors are quite nice.
I am still on my early 3D-Setup that should mostly cover 1996-1998...

@Matze79
I don't think its a Mac card. AGP cards designed for Apple computers have another additional "pin" in the AGP connector.

@386SX
If you can, please check the Core/Memory frequencies on your card 😀
S3 cards were OK, nothing wrong with them apart from poor drivers at the beginning. Performance wise I would consider the S3 Savage4 to be in the range of a Voodoo Banshee, definitely not in the realm of the V3.

Image Quality in 2D and 3D and the colors are much much better on S4 than V3.

Image Quality in 2D and 3D and the colors are much much better on S4 than V3.

Speaking purely about 2D image quality (Windows desktop and such) the Voodoo3 was one of the best cards back when it was released. After 3DFX bought STB, they seemingly inherited their exceptional 2D image quality. Here's an excerpt from a contemporary review:

In terms of 2D quality, the Voodoo3 is definitely top-notch, almost on level with that of the Matrox G200, and depending on your eyes in particular, you may not be able to notice any difference between the 2D quality on a Voodoo3 and on a Millennium G200. 3dfx definitely did a good job with making sure that the 2D quality of the Voodoo3 was up to par with the expectations of the market.

And speaking from personal experience, my Voodoo3 has much better 2D image quality than any of my Nvidia cards from that era. Heck, it even beats the MX440 which was released 3 years later. For reference, I'm talking about resolutions up to 1024x768 as they were most common at the time.

And speaking from personal experience, my Voodoo3 has much better 2D image quality than any of my Nvidia cards from that era. Heck, it even beats the MX440 which was released 3 years later. For reference, I'm talking about resolutions up to 1024x768 as they were most common at the time.

I have a TNT2 card built by Compaq and it's has better build quality than the average ones, I ran it at 1024x768 without any kind of issues.

There are other components affecting the image quality besides the RAMDAC since later cards uses a higher clock for this stuff. I've heard that it's possible to do some modding to improve the image quality given the mess most manufactures did with the filters at the time.