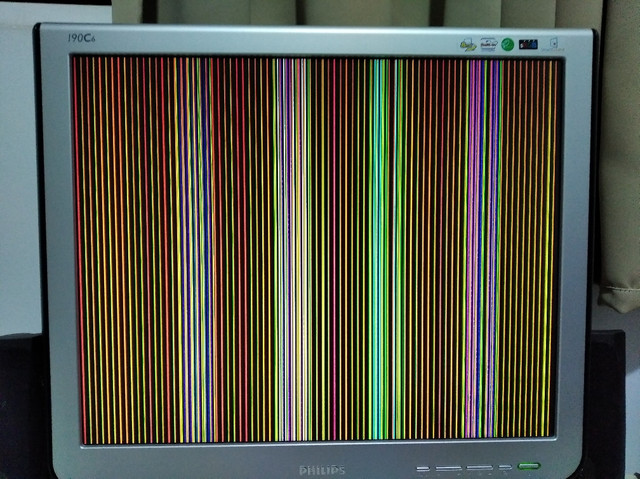 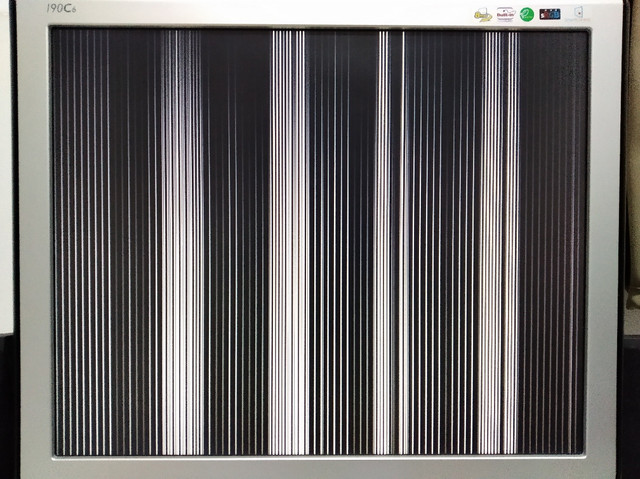 My first thought was that obviously maybe the video card is defective or something but I have another FX 5200 128MB and the result is the same, I even tested with a Geforce MX 440 64MB but yeah, same exact issue (and yes I did a clean install with this card on just to make sure) - and all these cards have been tested in Windows 98SE and they work just fine. Too bad I don't have any AGP card from any other brand than nVidia right now, the onboard video from the SiS mobo works "fine" I get high resolutions and all that but the OpenGL support apparently isn't the best as Quake III doesn't even launch.

So then I thought it could be an issue with my motherboard chipset so I tried a different one but the exact same thing happens.

The first motherboard I tested with is a M863G with a SiS 741GX chipset and the other is a K7VMM+ rev 7.1 with the VIA KM266 and VT8235 combo (and I did install the chipset drivers in the case of the VIA one and the AGP driver for SiS). The processor is an AMD Sempron 2600+ (the second motherboard doesn't even support the right FSB but that's beside the point).

Then I thought maybe Windows NT needed the correct monitor driver but that apparently isn't even a thing in Windows NT because I couldn't even install it. I tested it in multiple monitors as well so it's definitely not a monitor issue as on all of them the same thing happens (I even tried doing a clean install in a different monitor just in case but nope). Tried without SP6, with SP6, same.

Is there something I'm missing? Maybe the processor could be the issue? I don't have a different one to test right now but I'll probably get an Athlon XP just to test. Tried with differnet memories, with no soundcard, every integrated device disabled in the bios, etc. I don't know I'm running out of ideas. Maybe a configuration issue? I never really used NT 4.0 before.

Tried without SP6, with SP6, same.

Have you tried different AGP speeds in the BIOS? Force to 1x for example?

Yeah I do have SP6 installed, even tried without it like I said but same result.

Just tried forcing it to AGP 1X, and 2X but nope, same issue, tried reinstalling the drivers to make sure but still nothing.

I'm assuming it works just fine (be it in low res) before you install the driver?
Maybe you could try extracting the driver and installing manually?

"December 2019 edited December 2019
Well, it turns out that the 56.64 drivers for NT4 have the same issue as Windows 95 where APIs used by the NVIDIA control panel don't exist in the OS.

Fail. For 9x I can kinda understand because they probably prioritized 98/Me but NT4 had its own driver release with its own driver model! They should have paid more attention."

Reply 5 of 8, by Anonymous Coward

Let's see...Windows NT4 was already feeling kind of tired by 1999 when I switched to Windows 2000. Then by 2003 when the FX5200 came out I was already switching to XP. I usually switched when micro$hit stopped updating the OS with service packs. I would guess basically nobody ran the FX5200 on NT4, and I wonder if Nvidia even bothered to test it out. If there were still systems running NT4 in 2003, it was probably for server use, and I doubt they would have cared about a card designed to play video games.

Yeah I'm starting to think that that may be it, nobody ever bother to actually test or cared about it.

And yes I did try to install drivers manually but that doesn't help, same thing happens, the drivers do get installed properly through the setup I think it just doesn't work.

I got my hands on a 6200 (and I know trying an even newer card shouldn't help but I didn't get it just for this), and the weird thing is even though the drivers allegedly support it the system just refuses to work with it, it just reverts back to the default VGA driver and asks to replace it (not even installing it manually), tested with a couple driver versions and one of them actually broke the system completely: 66.93.

And that page that says "where APIs used by the NVIDIA control panel don't exist in the OS" maybe correct but by my testing you get dll errors (mostly related to shlwapi.dll) when loading control panel but that gets fixed by installing IE 6.0.

Also tried today a different install media just to be sure 😂 but yeah, that didn't change anything.

Edit: Actually I'm starting to thing it might just have something to do with the fact that I'm using a "modern" motherboard and processor (Sempron 2600) because I installed Windows 95 OSR2 and I can't get the FX 5200 to work there either (system just keep restarting, tested with a few different drivers).

So, looks like Windows NT 4.0 doesn't play well with a Sempron processor.

That was the issue, I replaced it with an Athlon XP 2400+ and now the videocard and drivers work just fine, quite odd I wonder what exactly makes it not work but I have no clue.

Also this issue with the FX 5200 also was present on Windows 95, as in it just refusing to boot regardless of driver version (and actually some older driver versions didn't work with 98 even), I bet it's fixed now as well with the Athlon but haven't tested it yet though.