I want to share with you my last configuration, finished during COVID-19 era.
I have a lot of time here at my home waiting to COVID-19 die and return to normal life, that thanks God I had this opportunity to make this old system!

I had a system that a friend gave to me for free, instead throwing away (he doesn't turn on from 15 years about).

I made its work flawless, installing Windows 98SE with 7.1 DOS real system.

When I used I found out that this motherboard was a jewel, reading and reading lot of guides.
So I set my bus frequency at 75MHZ (83MHZ isn't stable unfortunately) and with the 3,5X multi of CPU, Pentium was working without a problem at 262MHZ!

I was really really happy about that, I found a little bigger heatsink and I put on the CPU.

But little time after, I saw various guide...and finally I found the one that speak about giving new life to Socket 7!!! It was speaking about having an ASUS motherboard like mine one! The only one requisite was that it have to be revision at least 3.0! And guess what? Mine one is revision 3.0! WOW I was so surprised and immediately I go searching to an AMD cpu, and after some days of searching finally I find it!
So i bought an AMD K6-2+ Cpu, the mobile version at 180nm, 450 ACZ.

Now I have the AMD K6-2+ installed and working in my old system, and I have to say, lot of DOS games is more playable! Finally I can run Nascar Racing in SVGA with playable fps, the same for F1 GP2, Quake in 640x480 finally is smooth, not so much on 800x600 unfortunately.
I have to try more other games now, but I am really amazed of what this motherboard can do!

So, I think I'm simply entered in a good club, isn't it?

PS: The only one thing I cannot really make it work, is my Banshee on DOS environment. It can't run, NO GAME can start with the 3DFX mode on. I'm sad about this, cause I know that I can fully use my Banshee the situation can be more and more astonishing! I tried various glide2x.ovl (I read that this is the only file that work like a DOS driver for 3DFX cards) but no one worked. Any ideas?

So at the end this is my system:

And yeah, get a voodoo1 and maybe an s3 virge. No DOS problems there.

And yeah, get a voodoo1 and maybe an s3 virge. No DOS problems there.

Here we are with the photos:

What about video card? I have the Banshee one, I don't want to change it, it is no possibile to make it work in DOS ?

That's a nice system, I have the same case with the exact same PSU but a different label. Where are you from, out of curiosity?

The Banshee is a fine card, you can essentially think of it as a cut down and underclocked Voodoo3. The signal and therefore image quality though is just as good.
As for why it won't run some DOS 3Dfx titles, you haven't told us what these titles are. In general, the few DOS games that supported 3Dfx cards can be somewhat picky. You have read correctly, glide2x.ovl acts as a driver per se, when you run the 3Dfx enabled executable, it looks within the folder to find the glide2x.ovl. Unfortunately, these are not differentiated between V1, V2, V3, Banshee etc. The best practice is to grab the one from the drivers that you used in Windows and copy/paste it to each Glide enabled game's folder, overwriting the existing one or in many cases introducing it to the folder for the first time!
But, keep in mind that many games are quite picky as I mentioned, in fact some of them that were designed for V1 cards will not work on V2 even and a lot of them require either a newer patch or some batch file to be run. Here's a chart for that:
Voodoo 2 DOS Glide compatibility matrix

The Voodoo3 and therefore the Banshee as well I would think, fair a lot worse and a lot of games just won't run. You can see a matrix for that as well some pages in the thread I linked to.

For Windows games that take advantage of your 3D acceleration, I wouldn't bother with a faster card, as the K6-2 is not exactly a power house and the card will be a great pair. Some games might benefit from a Voodoo2, some won't really care, so in my opinion, you're good on that front.

Just one recommendation, I'd perhaps run the bus at 66MHz instead of 75MHz, it's probably best not to run things like the PCI bus (or does that run at 33MHz regardless?) off-spec, it'll reduce possible headaches in the future and those 50MHz from 400MHz to 450MHz won't be really felt on that K6-2.

Hi Garrett!
I'm happy to see your post here, I am from Italy.
Yes, I have go this case from a friend, and it is absolutely original from that golden-epoque.
So, tonight, for the first time, I manage to make work GTA on 3DFX environment. WOW, I am very happy about that. I think this is a good time to start. Cause after I made this system, it passed about one month that I cannot make these games works.
I am speaking about Screamer 2 (Bleyfuss2), Screamer Rally, Blood, Mechwarrior 2, Nascar 2, and I don't know if it works, but QUAKE.

I want obviously to try Tomb Raider, Descent 2, Carmageddon and other titles that take advantage of this jewel of card that it is 3DFX today. I think I am really lucky to have one for gift that my friend gave to me prior to "demolish" his computer.

I want to specify that this is only a DOS computer, completely REAL, DOS 6.2 loaded from THREE 1.44MB diskettes.

So I want to re-vive a DOS system as they were on that age.

I have other five systems, from the high end to this one, DOS system.

So, returning to 3DFX topic, now that I have found the .ovl right file, do you think that it work to all other games? Or everytime I have to find other .ovl file?

I hope not, this one is the 3d blaster .ovl file from the drivers for Windows 95/98/ME.
It is quite important to say that I have put it in the game root directory and in the SET directory (that for me it is obviously c:\dos).

Another thing important to say is that I take off two modules of EDO RAM to the system, cause I read on these COVID-19 days (lot of time to read guides) that this motherboard can't address fast more than 64MB of RAM, and I had before 96MB of RAM (32+32+16+16). Perhaps this things could made a difference?

I was thinking to take a 71256SA12TPG chip to put on my great motherboard so the other RAM can be addressed without loosing performance, but HEY, I don't think is important in DOS going to high on RAM. I think on DOS (and this is the only purpose for this system) could be enough to put 16 MB of RAM. Isn't it?

Thanks for all your support, I hope you can advice me more.

Thanks a lot, Loris

I too live near shores that on which the Mediterranean sea rests 😀. So, I guess this case might have been popular here in Europe and especially our region.

As for the rest of your questions, I'll start from the bottom. As you said, 96MB of RAM is excessive for DOS, even the most demanding games probably didn't make use of more than 16MB or 32MB, but keep 64MB in there just in case you ever want to try another OS. Your chipset, the i430HX, can cache more than 64MB, unlike i430VX and i430TX, but apparently it requires it requires the correct TAG RAM or COAST module? I'm not sure on this, perhaps someone else can elaborate.

As for glide2x.ovl, the one from your drivers should be fine, as it is the one intended for your card, the Voodoo Banshee. Like I said, some games won't run or won't run properly. Some games have patches for later cards such as the Voodoo Rush and Voodoo2, but they can also work with the Banshee. In the 2nd page of the thread I linked to in my previous post, you can find a matrix near the bottom showing compatibility with the Voodoo 3. Banshee should be very similar to that one.

Also, some of the games you mentioned don't have have Glide or OpenGL versions available for DOS and must instead run in Windows. Mechwarrior 2 for example and Quake require Windows officially and MW2 3Dfx probably won't work on the Banshee, I think it only works on the V1 and the V2.
As for Quake, there is an unofficial way to make 3Dfx cards accelerate it under DOS. http://dk.toastednet.org/QDOS/

Fabulous. I find in you a good person that would like to help me! Where do you livE?

This morning I tried with the Screamer Rally and...IT WORKS! I just put the glide2x.ovl on the root directory and the setup can find the 3dfx card. Then after setting up and started the game, it runs perfectly! OMG I'm so happy that finally I am making this Voodoo work properly, it is great!

Yes, for Quake I will try to make it works through that link that you gave to me, and for other games I will simply try and let you know.

Ok I leave 64MB of RAM, the other two modules of 16MB I'll put them on the other DOS/WIN98 system that have only 16MB.

I can say the thing are gonna working, finally after weeks and weeks that I can't make this Banshee works. Probably all is to find the correct glide2x.ovl file. 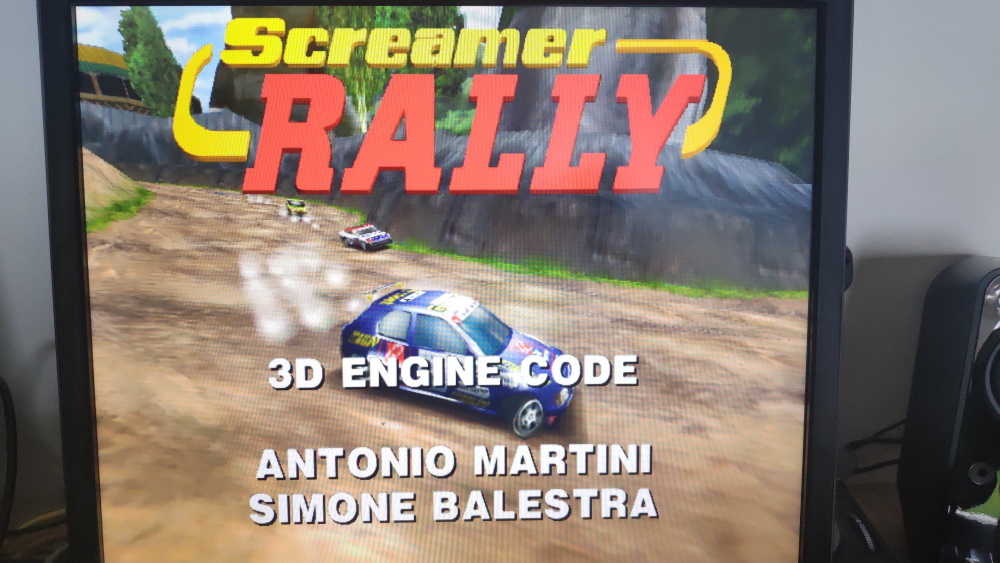