What model is the laptop from the box cover?

A few NIB items from a local shop:

I have a NEC PowerMate 386 that could make use of the 8MB RAM card.

Owner threw in the Bus mouse w/ the Wonder +

Nice catch, Formulator! I'm after an RTC myself. Sad that the mouse is separated from the interface card...

The mouse connects to the ATI card

The Paradise VGA with the Indy bundle brings so many memories... I remember when I bought that game back in the day. Good times.

Great combo. Would love to own a libretto.

The mouse connects to the ATI card

That's awesome! Never heard of that before.

Just over a week ago, something (a selection of certain hardware) appeared that i have wanted for a while but never thought I'd get hold of, to make matters worse I was flat broke. Annoyingly, the price was also lower than the others I have seen appear and I expected it would be gone by the time I could even think about inquiring about it. Apparently not, so thinking this may well be my last chance to get my hands on one and having deemed the price as decent, all things considered, I nabbed it but...

...I am not ready to disclose what I have bought just yet. I am pretty certain one or two people here might know and I am sure others will be able to figure it out.

One thing I am willing to disclose is that I almost got hold of a Chips 386 around a month ago, but one of the pins was broken so I had to turn it down as I couldn't guarantee it would work. On the other hand, I think what I have gotten hold of today will probably be more fun to play with in the long run. Sadly though, it probably won't do much more than live in a box for quite some time because I don't have a case or anything for it, I just shuffled my last AT case around for use with that puny 486DX-33 machine (Actually, not at all puny) and I don't have a host adapter, I do have an Ethernet left though. We'll see what happens, I might be able to track down a cheap machine to butcher as I am sure somebody around here (as in, someone local) must have a Pentium 166 or something that they don't want - I am increasingly thinking a lot of people never got rid of them as they crop up from time to time. Alternately, I do have an AT case that has no cover, I suppose it wouldn't be too difficult to cut, fold and drill some sheet metal and make a new one and I know someone who practically does this for a living so I might be able to get their help... You can probably tell I'm a bit excited about this thing.

I believe the SYXG50 was a software XG midi synthesizer. It was included with Final Fantasy 7 for PC and was actually pretty sweet...

Aha! I just realized that the driver CDs for both motherboards I got actually come with this software, which would explain why the COA from Yamaha can be found in both manuals.

Nice haul Formulator! Nice artwork on the Paradise VGA card... and great to have Indiana Jones as a bonus! I also like the generic user manuals that they would make back in the day - grey cover with a window, and punched booklet so that you could file it probably?

Well.... You got my attention there sir. Mmmm... Have no clue on to what hardware you got a hold on.

Been grabbing some 3DFX-related items over the last few weeks. A buddy of mine hooked me up with some 'must-have' items since I purchased the V5-6K. Hopefully I'll get a chance to fire up the Epox board + new PSU + AMD 3000 XP + V5-6000 next week. I plan on making a new thread dedicated to it with all the benchies and pix. 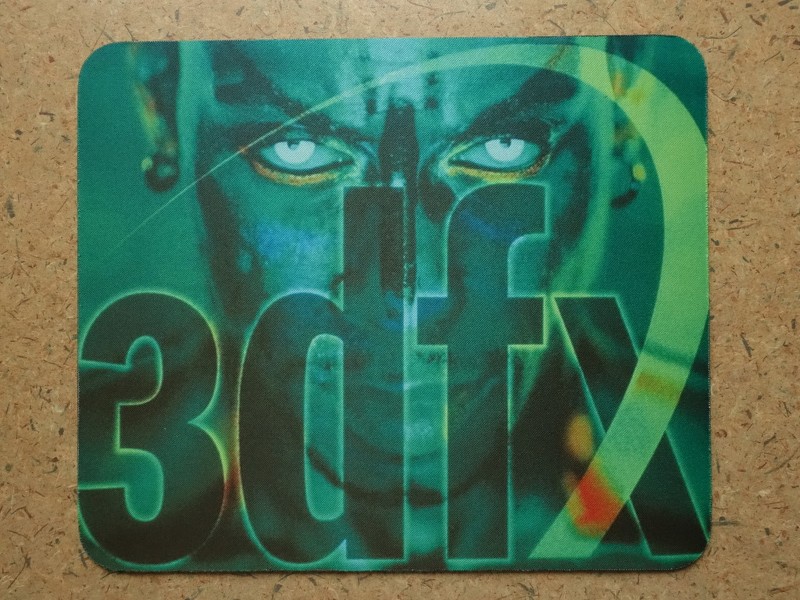 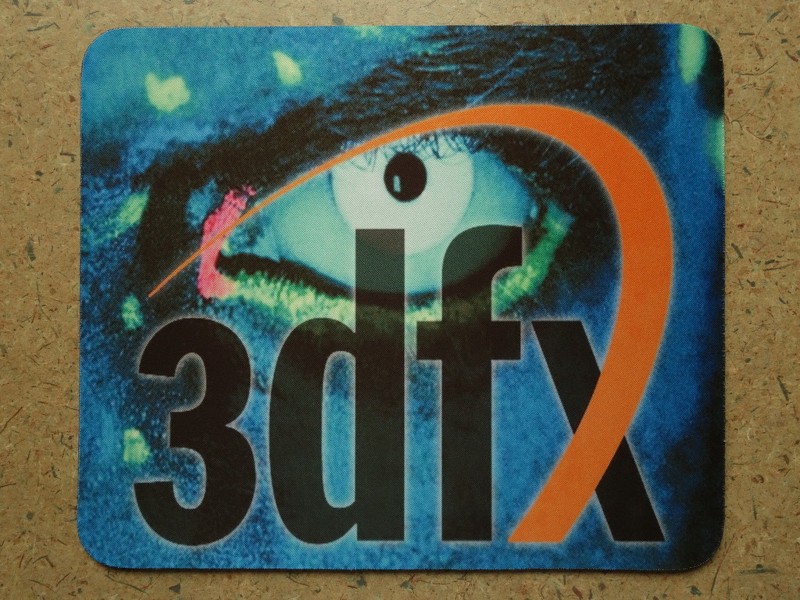 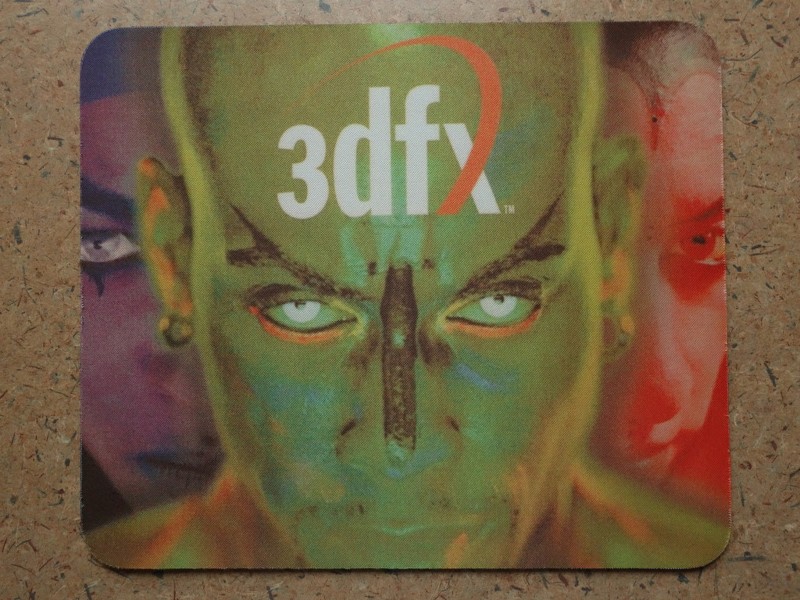 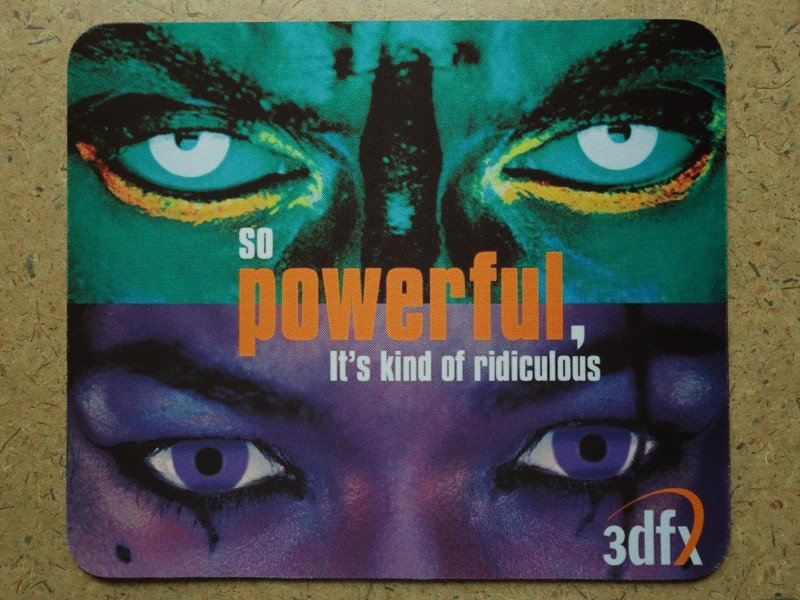 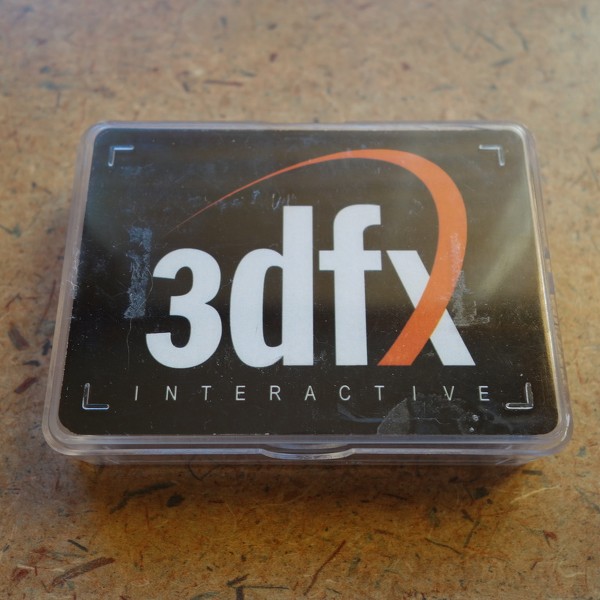 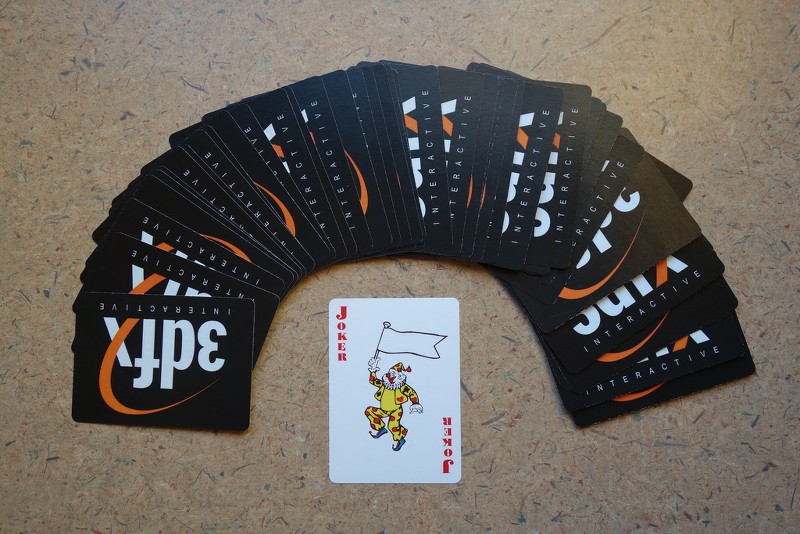 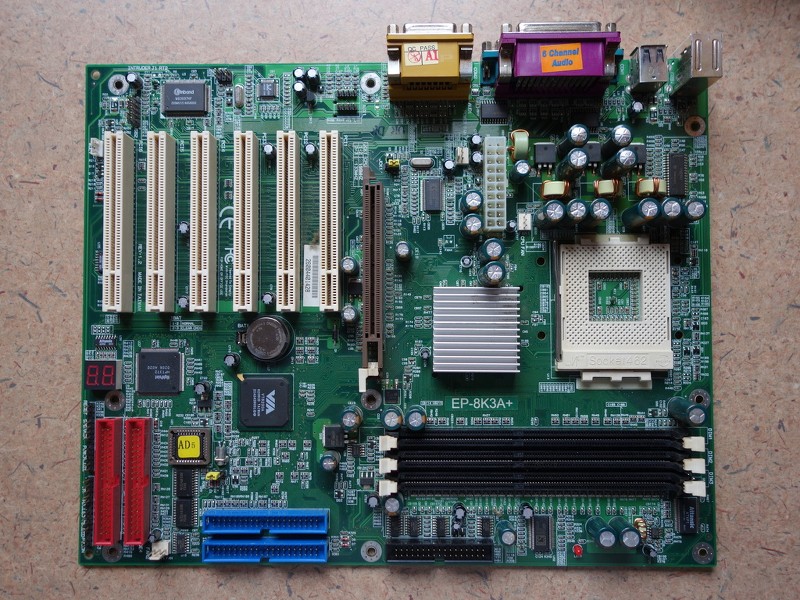 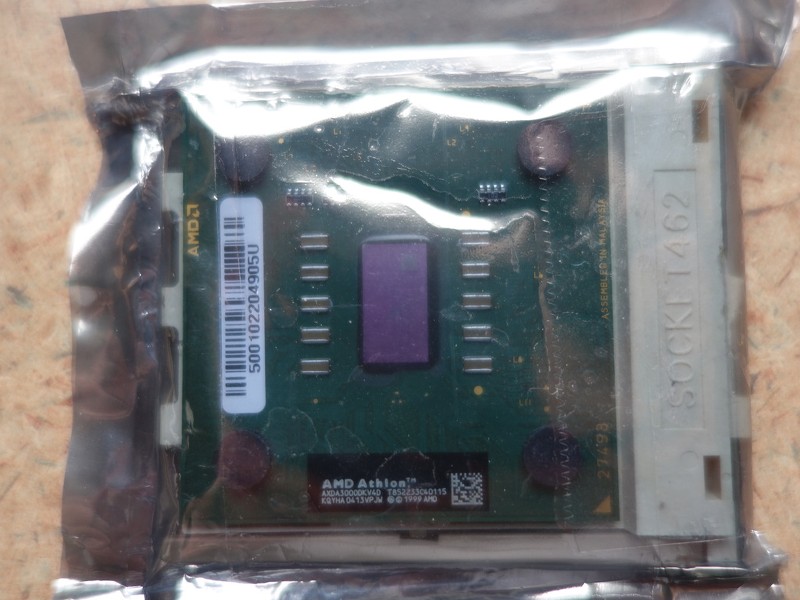 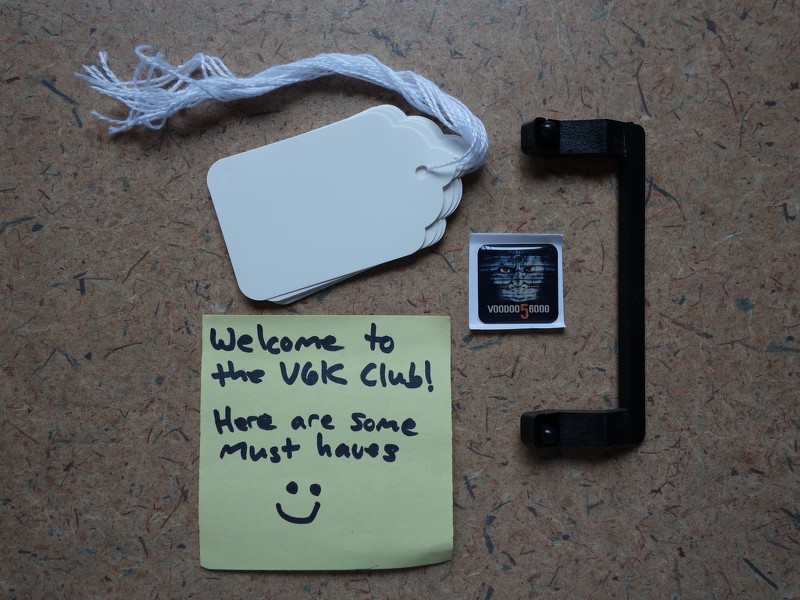 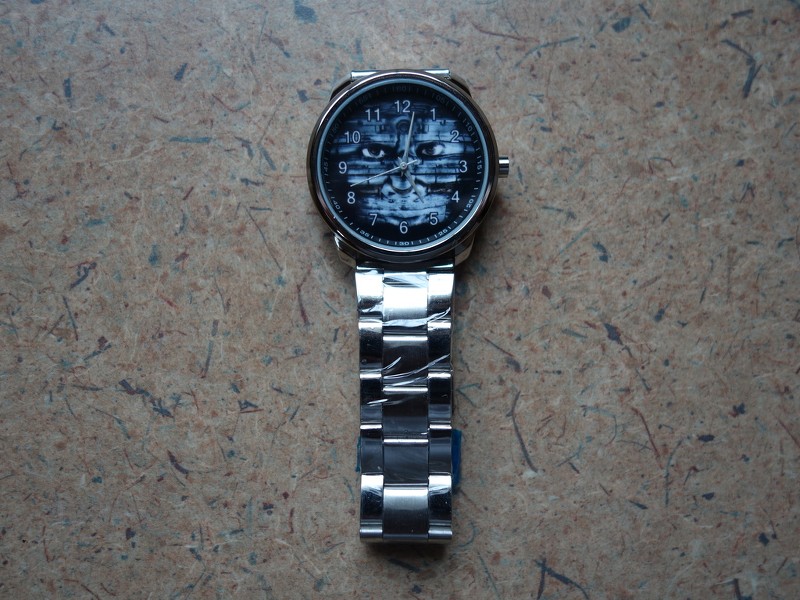 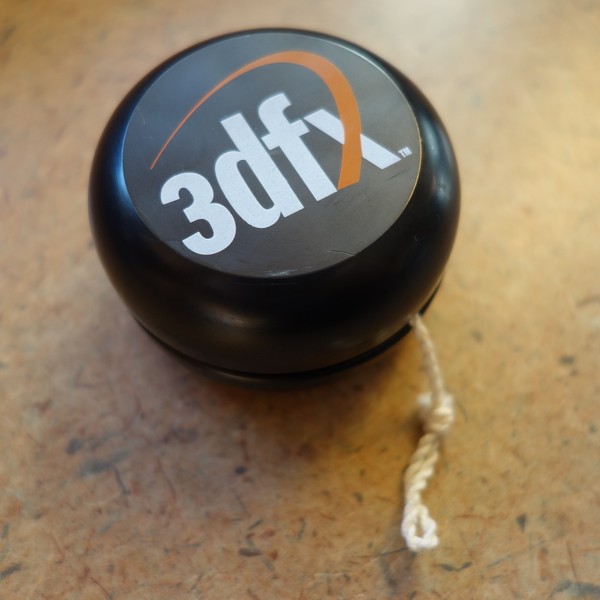 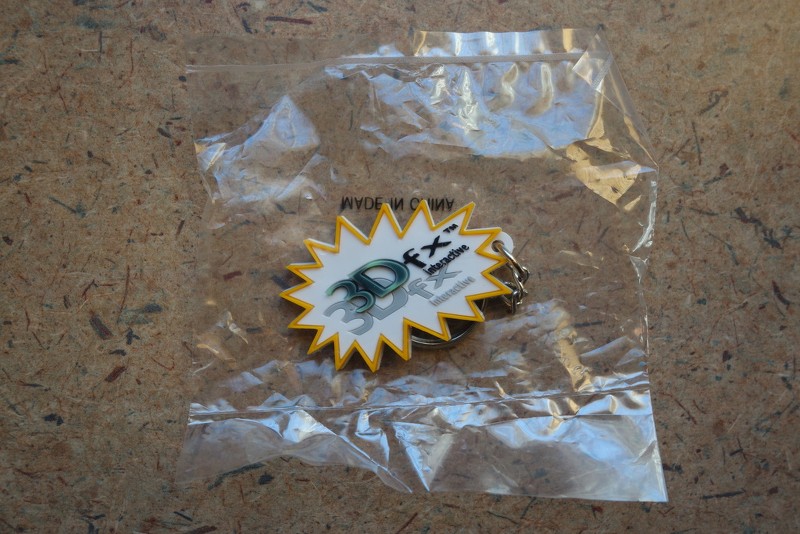 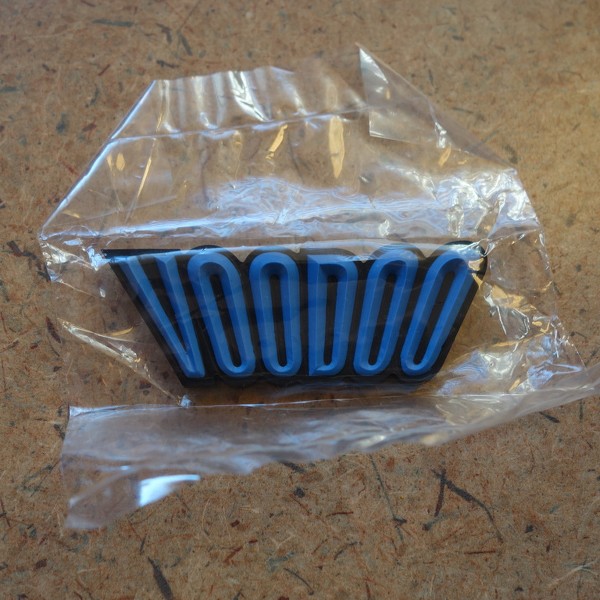 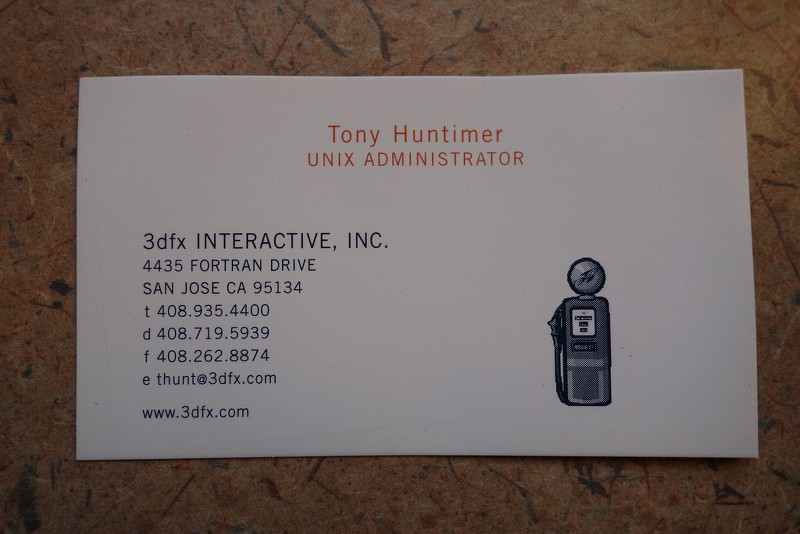 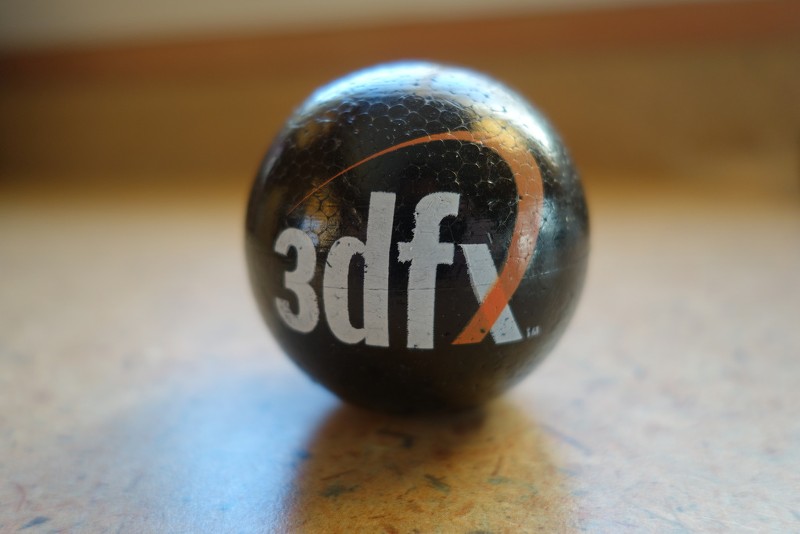 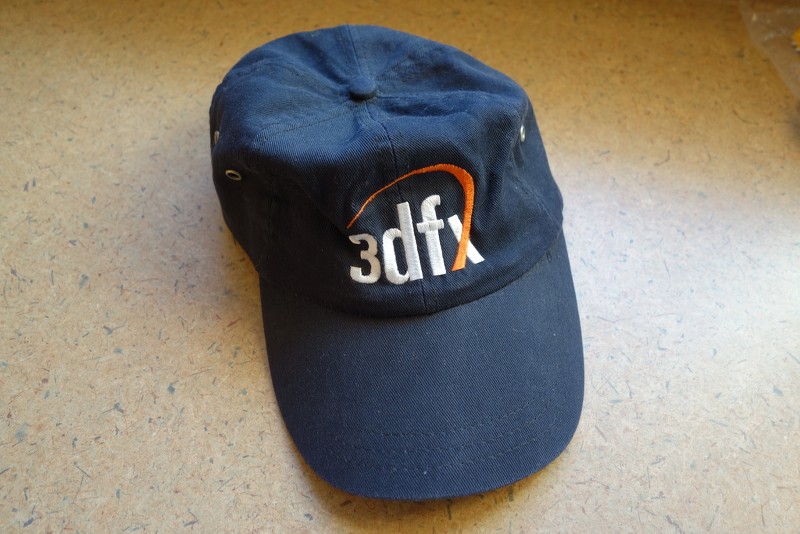 Did you get yourself a NexGen board? Looks that way. Definitely worth the 'RISC' 😉

My hat! Got one back in the day when I worked computer sales/service. Mine is very well worn and loved tho 😀

Hm, kinda need a deck of those playing cards... 😁

...I am not ready to disclose what I have bought just yet. I am pretty certain one or two people here might know and I am sure others will be able to figure it out

Did you get yourself a NexGen board?

Well... It could have been a PPro with a weird slot layout, a lot of those had six SIMM slots.

But no, it is indeed an Nx586, a Rev C version of the board Vetz posted. It comes with an Nx586-P90 processor and 8MB of RAM - I'll probably try and add another 8MB - obviously, no FPU and I was a bit put off by that initially before I figured I'd never use that anyway so it didn't matter. I guess I could always keep an eye of for the P100F version, but honestly, I don't think it matters. Video card will probably be my VLB Trio 64 card as I don't have anything else to use it in and don't plan to build any more VL-Bus systems... In fact, unless an EISA board shows up cheap that's probably it for these things. That was actually what I was aiming for out of the few, more obscure, things I don't own but would like to, then this Nx came up and it was just too good to miss. I was just starting to think how I'd done so well to not need cards and cases, how it had all worked out and I needed no more boards - remaining components, like the MP6 or Oasys, would fit in boards I already owned - and then this had to come along and undo that. Oh, well, that's the price you pay I suppose, I'm sure it will be worth it. Supposedly the board works aside from a dead battery, so unless it gets trashed in shipping it should be pretty much good to go right out of the box.

Are there any heatsinks that fit these? Like, would those Socket 7 ones with the offset wire clips fit or am I going to have to glue one onto it?

In a way, it almost sucks that I'm running out of x86 stuff to get my grubby hands on, definitely starting to think I'll have to start playing with Apples or something towards the end of the year.

Been grabbing some 3DFX-related items over the last few weeks. A buddy of mine hooked me up with some 'must-have' items since I purchased the V5-6K. Hopefully I'll get a chance to fire up the Epox board + new PSU + AMD 3000 XP + V5-6000 next week. I plan on making a new thread dedicated to it with all the benchies and pix.

Wow, I just love those mouse pads! Perfect in the retro corner! And if you don't want to use them as intended, they'd look great framed and hung on the wall 😀

Out of curiosity, the Athlon XP CPU seems to be seated in a loose socket. Is it some kind of adapter, or just a plain socket to protect the pins?

Socket A/462 retainer clips are designed for three hooks on each side of the socket. Might work with the two hooks on that socket too, at least if the sockets aren't too far from each other in width 😀

a plain socket to protect the pins?

This. Good eye though!