I wouldn’t be so quick to judge unless you have very good reasons to do so. It’s possible that the ebay seller with the same item uses this local seller’s pictures (would make him a copycat) and buys his stock from this local seller; i.e. he could be a trader.

Possible, but I smell a rat. If it was a direct (non-trader) seller the price is already unrealistically low, if you make the assumption that two people of whom at least one fully professionally have to make money from this it unfeasible. I mean, would you sell a sought-after Evergreen upgrade for EUR 15? Not very likely... Add to that the unrealistic stock and the fact that this site has been flagged as a scam and is linked to a rather notorious scam site and I say there is very good reason to assume the worst here.

I can tell you that "tout magasin discount" in french doesn't sound like a very serious thing.

You can also see that the footer isn't properly translated (english column title, french rows) and the content behind those like "qui sommes nous" are in english. And if you pay attention, they don't even leave any address which is very suspicious.

According to the specs they will make great dos/win 95 machines.

IMG not original as they haven't arrived yet. Specs:
Cyrix MediaGX 233Mhz
Up to 288MB of RAM
Cyrix Vídeo up to 3MB
Cyrix XpressAudio
CF Card
No fans.

Got several cheap motherboards from a scrapper: My biggest interest is the dual slot 1 P2L97-DS. If it works, I would be able to fit it with two P2s, WinNT or Win2k and build an Internet server for multiplayer shooters. I want a solution that works with vanilla versions of games like Doom, Descent, Duke Nukem 3D and others. Ideally something similar to Dwango (maybe there's a clone package somewhere) because I've never experienced services like that.

jheronimus, nice loot! I see the M321 board there! It's really nice board, having even a write-back cache support. (Need to populate the socket near cache chips)
That VLB + EISA 486 board would also be really cool to get up and running.

Do you mind writing down, what's written on the bios chip? Is there a marking "v2.11" or something different?

Finally I managed to get a Chaintech 340SCD 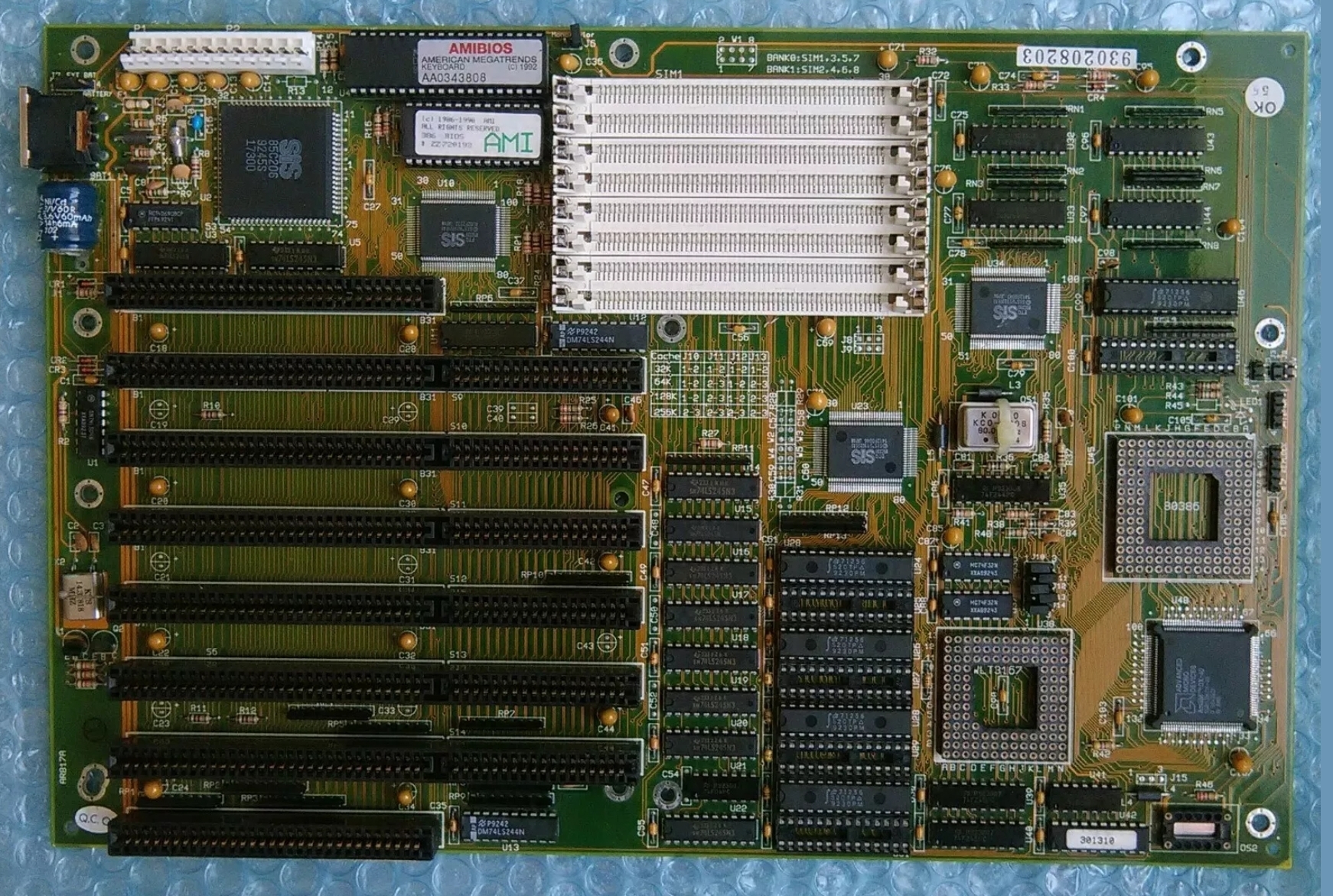 Same reason RBMK reactors had a positive void coefficient and moderator rod tips of pure graphite: price. And to be honest, these batteries only started failing long after the boards' economic and design lifespan had passed. Still doesn't make it good engineering, less good news when you see old boards rotten away by it, but we're the ones going far, far out of spec here by keeping >25yo low-end systems running 😉

Where did you find this? His is one of my favourite native 386 boards. My board had acid damage everywhere and required a lot of wire patches.

Hah! Batyra and Hard1k are right up there with me. Mad respect for these gents too for their ability to source these relics.

You're right. I think you're probably ahead by a nose, but all three of you guys have crazy nice collections.

I just might have to buy some of this stuff...

Where did you find this? His is one of my favourite native 386 boards. My board had acid damage everywhere and required a lot of wire patches.

On ebay, sold as not working "ARB17A". I was searching for this Chaintech for quite some time, it's in very nice conditions, working fine.

I've been vaguely looking around for a Sony boombox of this vintage, but every one I've seen has been trashed or being asked ludicrous money for. This JVC is in absolutely fantastic shape and was the right price. Every slider is smooth and crackle-free, the drivers are all perfect, the tape deck plays accurately and doesn't even need a new belt, & most importantly, it sounds amazing. There weren't even any manky old corroded D-cells left in the battery compartment like 99% of these I see. The battery terminals look like it was made yesterday.

In case you couldn't tell, this thing is totally freaking sweet. It does need a dusting with a good brush & q-tip, but that's all it needs. The black & gold colour scheme really works for me.

Also scored some NOS tapes for it; these were $1.99 on the "wall of crap." I don't usually buy Type-1s anymore, but I was 'in the mood' and the design on the Sony was so appealing I had to bite. Didn't have one of those yet. One of these days I'll put together a little gallery of blank cassette packages, because I've got a lot of them and there were some really cool designs floating around.

I scored a couple of late-'90s trancey CDs up there for a couple bucks too. Naturally I had to try them on the JVC via it's handy line-in:

They sound awesome through this thing! That sub can deliver a ton of bass if you let it, but the adjustable EQ really works well to make a nice punchy, crisp sound. I am seriously impressed for how good it is for a boombox of this type.

Incidentally that's my O.G. CD/VCD player up there, which I ordered from NCIX.com in 2001 and carried everywhere for a few years. Yes, it has a video-out for VCDs, and yes, I thought that was the coolest damn thing in the world at the time. Still works great, and I even still have the remote.

Anyway I'm pretty happy with this score, if you can't tell. Now back to your regular retro programming...

Love the boom box! They had a hard life in general I suspect - I looked for a specific Sony for years and finally found one a couple of months ago, but it was in pretty awful shape. Full of sand, belts long gone, and generally worn out. I did my best with it and it came up OK, but it's never going to look as nice as yours (and cost a lot more than $14.99 😵 ).

How's this for retro hardware?

You have a CD player? Your parents must be rich! (simulated comment from the late 80s)

... today yet another sound card 😎 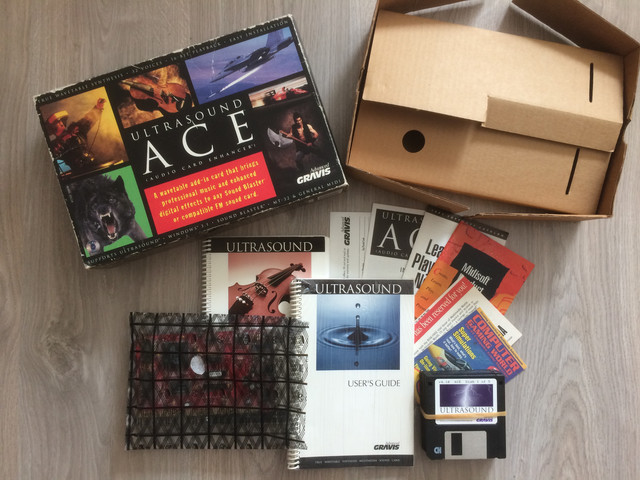 Indeed, it was very cramped.