Very nice. Can we get an image of that to put up on vogonsdrivers... or at least on my Yamaha XG repository? Do you have any other random XG disks? Installed some PARADIGM cache chips from a Freetech SiS-based 486 board I have, along with new caps. No POST, CPU warms up (i486DX-50MHz, SX710) and jumpers set accordingly but other than that it's doing nothing, no beeps or anything.

Already have a few Slot 1 BX boards, but none from QDI, so...

I responded to an ad for a "massive pile of free electronics" today. I went over and the guy was putting TONS of things out into the driveway for people to take - mostly old radio gear, test equipment, stuff like that. He was losing his rental & had to move in a hurry, so everything had to go. Here's what I snagged:

^^ two towers of power, four Genexxa speakers (we looked everywhere for the grills for the 3.5" ones but sadly they were nowhere to be found 🙁 ), two classic Gravis joysticks, two 1-in, 4-out VGA splitters (one in box, one loose), a Trinitron monitor and a handy Dell E177FPb.

Also not pictured: an original Xbox (for parts, probably), another sick-as-hell boombox, a Realistic hi-fi EQ, a tape head demagnetizer, and a few other odds & ends. I ended up giving the guy $20, just because I've been in that situation too and it sucks donkey nuts. Fair's fair.

So what's in the towers? Well, for starters, here's the black one:

And the beige one?

I fired it up and was greeted by a lovely white Emachines boot screen, so definitely not the original board that was in this case. Which explains why the proprietary LED panel was bodged on to the front. Looks like it was originally built by Seanix, who were a fairly-popular mail-order(?) distributor in this area in the '90s, but somebody "upgraded" it with leftover Emachines parts a couple years later.

The cases are both pretty dirty and are missing parts, so they're going to E-waste, and I'll probably pass the P3 board onto someone else who needs a retro system, but the Voodoo3 was a nice find!

I'll hang onto the SLI system for now; I have one last project I need to do before I move on from the platform. 😉 What a cool setup though.

I'll need to update the bios but yes, it will support P3 coppermines to 800MHz

That would not look out of place next to a couple of 1980s Yamaha FM keyboards (same colours). 😀

Very nice. Can we get an image of that to put up on vogonsdrivers... or at least on my Yamaha XG repository? Do you have any other random XG disks?

Currently in my possession:

I really should be getting myself an external disk to store disk images on (before uploading them), eh 😊 ? *adds it to the list of stuff to buy using the holiday allowance*

That would not look out of place next to a couple of 1980s Yamaha FM keyboards (same colours). 😀

L0L, it was literally next to a couple of '80s Yamaha keyboards when I took the picture. They were just out of frame. 😜

Speaking of Yamaha, @Cyclone3D: is this one you don't have yet?

^^ Still sealed... Apparently I used this card for a few years & never realized there was anything cool on the disc. Now I have no idea where the card's gone. 🙁

Already have a few Slot 1 BX boards, but none from QDI, so...

I always liked QDI boards, they are not features rich but they are quite reliable. Of the BX series I love this one: 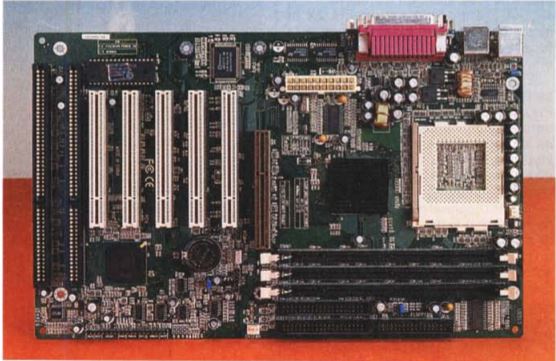 I'll need to update the bios but yes, it will support P3 coppermines to 800MHz

Sweet. I'll add all those to my repository if you image them.

I had never intended to collect any 286/386 era hardware but lately I've just been coming across these things and for good prices, usually below $20 per motherboard. This one here was on sale for $15 only. I grabbed it. Untested and has some battery damage but it should work I would think.

Has an AMD 286-16 on it and a fixed amount of ram. I wonder how fast that is compared to the current 386SX-25 I am working on right now.. I can't wait to put this in a suitable case alongside my Adlib clone and MusicQuest clone to play some sweet Sierra games 😀

Only question is, what is that unpopulated IC socket to the north of the CPU? Coprocessor? Hmm..

Picked this up for a bottle of wine today: Power Mac G5 1.8 DP PCI-X. The most powerful Mac you could buy 15 years ago. Also one of the heaviest non-server computers you could buy. My back is not going to be happy with me tomorrow. Upshot: even though my metro this afternoon was very busy, I had my own seat 😉

Apple has always had a penchant for making beautiful machines. I love the chrome, acrylic, and white glossy plastic of the power mac PCs, such a great aesthetic.

the cheesegrater powermacs and mac pros were the best mac desktops

Apple has always had a penchant for making beautiful machines. I love the chrome, acrylic, and white glossy plastic of the power mac PCs, such a great aesthetic.

Great - and functional - design. It's not just beautiful, it has thermal/airflow management that puts most enthousiast homebrew stuff to shame, it's effortlessly easy and intuitive to open up and mess around in. But you paid through the teeth for that privilege of course, and the almost religious fanaticism of users was also a bit off-putting. Fortunately neither are an issue here. If it works I still have to figure out what to actually do with it, but a MacOS 10.4 Tiger / Linux dualboot on an SSD is sort of what I'm thinking now.

Edit:
Just hooked it up to see what state it was in. Seller told me he'd wanted to wipe the disks and leave a clean install of MacOS, but messed up the latter. Not quite sure why he thought that though, as it booted straight into MacOS 10.5.8. Still urgently needs an SSD, but it's clear the system is in perfect working order 😁