Finally receive some new stuff, mainly for my upcoming Socket A build. And also, I couldn't resist to go for HP T5720, since it was going for really low price... Unfortunately, it's not 100% functional, power button isn't working, but I'm pretty confident, that I would be able to repair it. Not really sure what i've got, but it seemed at first like some telephone managment\server card.
After googling it, it seems to be a RS232 serial multiplexer card.

Also if someone has drivers for this, it would be interesting to try it out.

assuming you can find the pin out and create the adapters. 😵

8-port serial card. Pretty hard to nuke serial when guessing a pinout as its voltage spec is between +12 and -12v.

So who ripped off who I wonder? I used to have the serial Logitech design back in the 90s and it was one of the most comfortable trackballs I had ever used.

Unbelievable find
Pentium Pro 200MHz, in a working computer, SB ISA soundcard, Matrox PCI graphic card and a bunch of other card (network, USB ports)
In a nice case - AT board IDK what is it exactly only saw a few photos. Plus DIN keyboard and serial mouse. Photos later, I dont have it at home yet. All this for unbelievabel 30 Euros + 10 Euro for a Canon Pentium I notebook with built in printer

A stack of 5 (plus one dead) Tyan Thunder LE-T dual P3 motherboards with a single Tualatin 1.13 or 1.26 512K CPU on each and low profile copper heatsink and fan. I just wanted to upgrade an old single P3 Compaq server I have to dual and run Win2K server on it.

My red card collection is slowly growing. Still a plenty to go though...

I don't remember anything like those two before I bought mine in the mid 90s. I mean there were trackballs, but not in that comfy design that I know of. Example?

I've finally found a Socket 479 board! Been looking for either the ASUS CT-479 adapter, or an appropriate board, to tinker with Pentium M on the desktop. I put up a wanted ad, and someone pointed me to a Dutch online computer store that still had two of these lightly used AOpen i915Ga-HSF boards, one with a Pentium M 770, and another with a Pentium M 730. Given the added price for a 770 was more than what they can be obtained for from China on eBay, I went for the 730 bundle. It came with the box (which has sun faded on the left side), manual, quick install guide, CD, heatsink (which is custom to the board) and I/O bracket. Quick test shows it works fine. Cost me €44, more than I'd normally spend on used 2000s motherboards, but this 479 stuff is rarer and often goes for more than this.

This will likely go in the freebie Lian Li PC60 case I got, and I want to pair it with an time appropriate GPU, maybe a 7800 GTX, to build a Pentium M gaming rig, because I can 🤣
One thing I'll look into, is seeing if I can mount a chipset heatsink on the CPU, AliExpress has tower-style coolers with the heatpipes, for example. The fins on those are small, but they can accomodate an 80mm fan, so it might cool the CPU better than the stock aluminium heatsink with its 40mm fan. And given I might grab another 770 and do a pin mod to set its bus speed to 667MHz instead of 553MHz, for some overclocking, I want all the cooling I can get 😎

(And in case you find that PCIe x1 slot weirdly placed, yeah, that's actually a design fault from AOpen, they aligned it with the regular PCI and not the PCIe x16 slot... 🤣)

Creative phone blaster in mint condition, the biggest isa card I have ever seen.

Both needs to be tested.

You're thinking about an AMR slot. This board is a bit too new for that, and it's the wrong size - AMR is symmetrical, same number of pins before and after the key, and not aligned with PCI but closer to the edge: 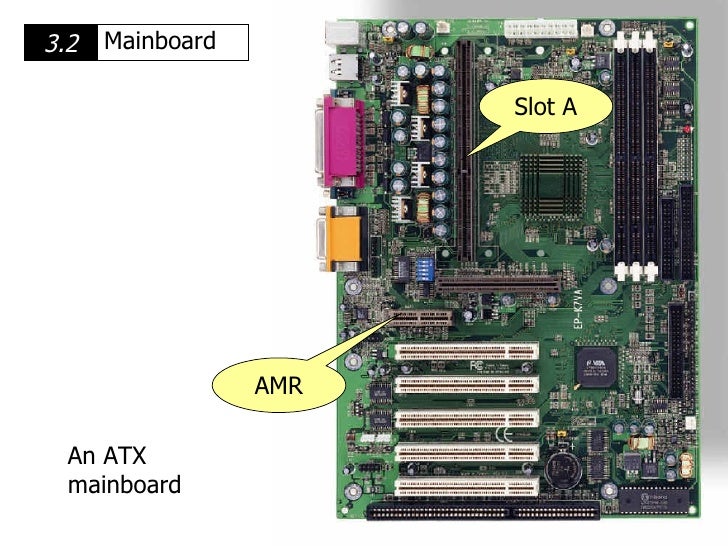 For nostalgia's sake I have an Aztech MR-2800 in my ultimate P3 build (Tualatin 1400S, DDR, SiS635T chipset). No use for it now, but one of these days intend to get a home IPX (local telco had several that generated dialtone without external line) and network the old mess to a server with all the PPP bleeps and boops 😜

Yeah, it actually is, the quick install guide, manual, and all online spec lists for this board list it as one. It's really silly they managed to screw that up, even in the guide it's clearly shown to be in the wrong position.

^^ looks like "X1" is silkscreened onto the board too next to the slot in question. How do you even do that? Think about how many people must have looked at that design or its prototypes before it hit mass production.

Are those component video outs in the ATX I/O area, and a VESA flat panel connector underneath them? Never seen that before either. What a strange board.