I think that's just a plastic cover for looks, you know, because "gaming" ^^ ...or maybe to make installation easier, who knows.
I also have a "QuickShot" gameport card with a plastic shell in a different design.

Cool! Glad to see I'm not the only one obsessed with socket 5 and Neptune. In my opinion it is the platform for ultimate dos machine. Do you know if it can run p133?

Oh I have the IBM version of that board 😀

Mine seems capable to autodetect CPUs up to 166MHz
See photos here
http://www.win3x.org/uh19/motherboard/show/3002

Mine seems capable to autodetect CPUs up to 166MHz

166! Righteous! What about the extra AT connector - is it optional or proprietary? I'm on the fence about snatching an Intel's board, partly because of this and smd electrolytes. Yikes.

It's not a extra AT connector, this board has no AT connector. Instead it has two PS/2 ports, one is the keyboard, the other is the mouse 😀
If you pay attention you can see traces for a actual AT connector though.

No, I meant these, AT PSU look alike:

Ah, these are for 3.3V PCI power iirc 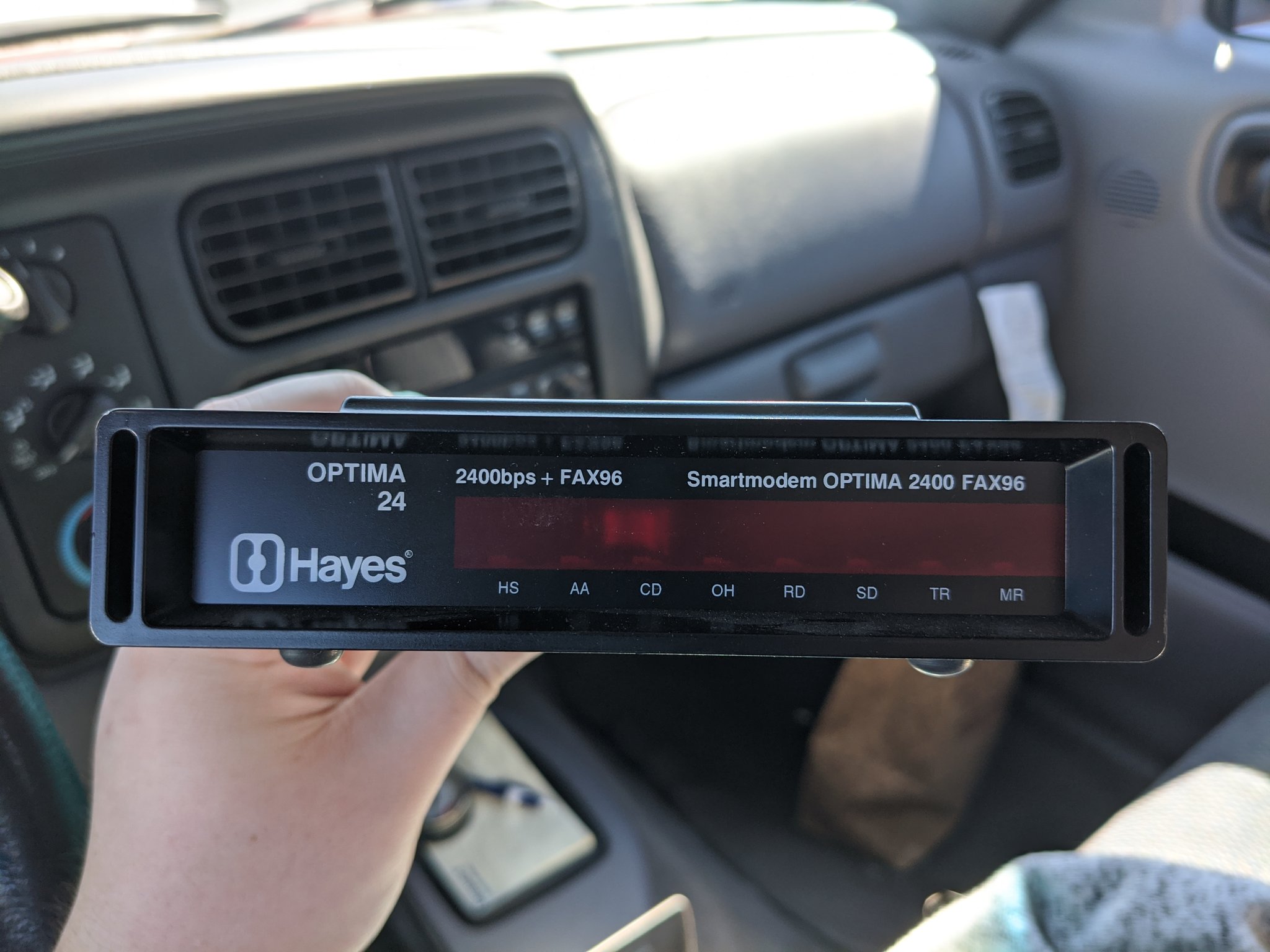 Nice ! Yes Goodwill is bad at not keeping the AC adapter with the unit intended (so they can get a few extra $ selling it separate). Did you look over the shelves to see if it was in with cables and stuff ?
I keep my eye out for any external serial modem, have yet to find a decent 2400 but have found a few 28.8 and 33.6

I can see the image. It's an external modem.

And for it I've ordered another 80GB Seagate Momentous 44Pin 2.5" IDE ATA-133 HDD. Perfect fit as this Versa will be the Win9x Versa.

You should leave this on the dashboard of your car, it looks like and old-school radar detector 😂

What's the point of collecting modems these days? Is it just to have one in your collection/shelf or is there any use to these?

I had the same thing. I have "Strict" mode enabled in Firefox for tracking and it blocked that photo. I remember stacks of Courier modems at a local guy's house back in the 80s and 90s when he ran a local BBS. Always looks impressive when the dial-up lines are full and the blinky lights are in full movement.

Cool! Glad to see I'm not the only one obsessed with socket 5 and Neptune. In my opinion it is the platform for ultimate dos machine. Do you know if it can run p133?

Probably a big waste with DOS games as I do not know of any which can make use of both Pentiums?

Also, someone like you might not realize or experience this, but as one grows older and gains experience they usually acquire new skills which lead to higher paying job opportunities. The part where I complain is when single parts that were fairly common items start selling for $300+. 3DFX shit should not command the price they do, given the quantity of them produced.

At any rate so far I haven't gotten completely f***** with this deal:

The Radeon 3850 was dead but I swear I have a 3850 around here somewhere (my Excel spreadsheet disagrees with me though). So so far 5 out of 8 that I've tested have worked. I still have a couple of PCIE cards to test, then I'm pulling out an AGP system to test the 7800GS and a random TNT2 32M they threw into the lot.

On a side note a GeForce2 GTS 64MB that I had bought as working, but with a bad cooler doesn't work at all. It's completely and totally dead. So that seller will be getting a very negative review very shortly.
EDIT: It's ridiculous I have to wait 7 days to slam this seller with negative feedback.

Picked up a box of hardware for about 40 EUR this week and it contained a bunch of different AGP videocards (Viper 550, Radeon a7000, Radeon 850PRO) and some generic PCI networkcards. Also a TerraTec Xfire 1024 sound card, which is ok.

But this major prizes were these two beauty's!

First one, unmistakenly the SB 64 AWE Gold! I've swapped it out with my SB16 and have not looked back ever since. The output is fantastic (no more hisses and beeps I'm used to from the SB16) and it works great. Even though it has no real OPL3 chip, the emulation is really spot-on from what I've seen so far. Really happy with this. This card was one of the few remaining items on my wishlist for my Pentium 233, so I'm glad I finally got my hands on it. 😀

Second one is a NEC XR385, which is a Yahama DB60XG clone. 4 mb of gorgeous MIDI soundfonts! Going to have some fun trying this in several games that support it.