Since there was never a post about purchasing retro software or OS on here, I might as well start one. 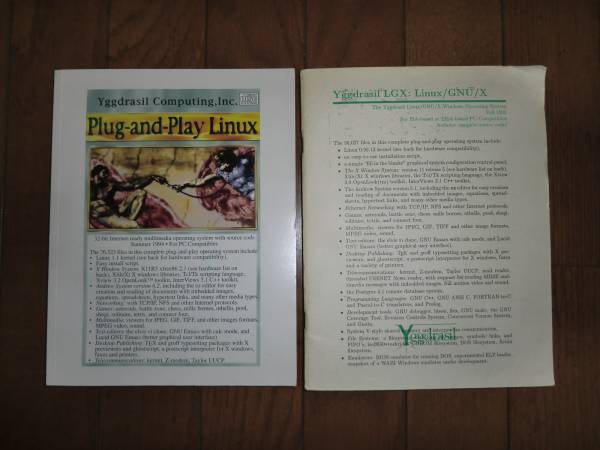 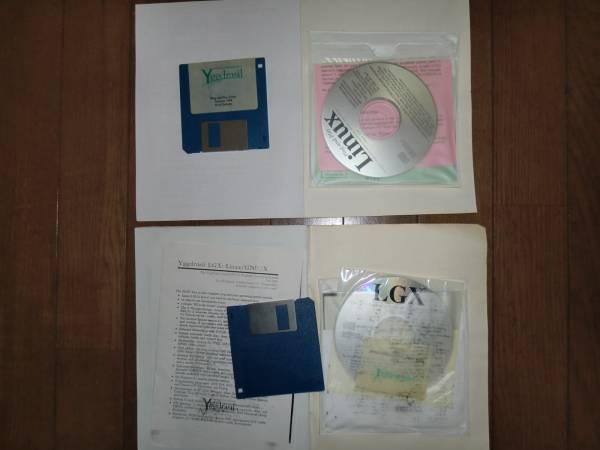 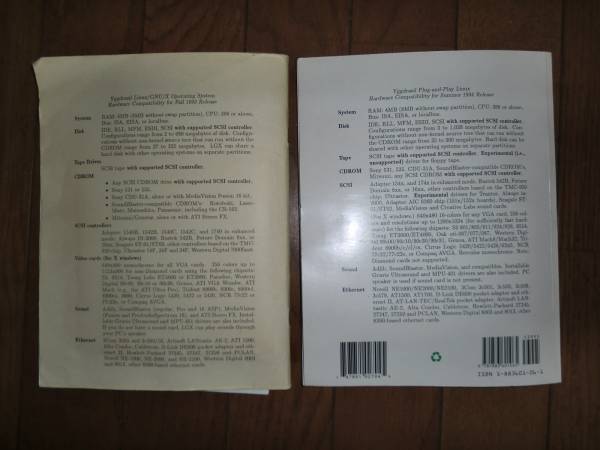 Comes with boot diskette(s), and 2 CDs. Requires a 386 with 4MB or higher, CD-ROM drive, floppy drive (as always), mouse and keyboard, video card, and HDD (if you want to install the OS or optional).

As someone that likes buying retro software, I like this idea for a topic. 😀

These weren't bought today, but arrived here within the last week or so: I seem to have grown into collecting retro development tools for whatever reason, heh. Turbo Pascal and Watcom both were sealed still, but I don't buy things to sit on a display case forever so I promptly opened them both up.

Unfortunately 3/4 of the Turbo Pascal disks didn't work anymore. 🙁 This is actually starting to steer me away from buying software that comes on disk now... I bought a complete-in-box copy of Doom (v1.666) a few months ago and all of the disks also had problems (and that was really annoying to me, as I cannot find disk images of the v1.666 release... though a 1.2 -> 1.666 patch is available, but still, it bugs me 😜 ).

As someone that likes buying retro software, I like this idea for a topic. 😀

I did buy such related media but I ended up replying to the retro-hardware thread.

Though since I already kinda have all the OS's I wanted and not actively looking anymore, chances are slim I'll contribute here on any kind of regular basis.
I did get a Vista install disk (with license code) last year and if iirc it was the 32-bit version, but that's more an older OS.

These are from the hoarders house. I might have posted some of these in the hardware thread, but it seems more apppropriate to post them here too.

I just found another picture of my recent Office XP acquisitions.

Picked up a NOS sealed copy of MS-DOS 6 Upgrade. This only requires you to have a working DOS boot disk to install, right?

Nice. What format are the floppies?

I didn't get this "today" but a couple months ago. It's virtually mint. Only one packet of floppies have even been opened, and that's set 4 of the Bonus Pack for some reason?? Even the box itself is a tank; big, heavy & structured, and everything fits in perfectly without an iota of wiggle room. Proper oldschool IBM packaging.

To be honest I'd love for this to find new a home with someone who'd appreciate it, but no-one over on VCF wants to offer me any money for it and I just don't have much time or energy to spend packaging up & shipping off free items right now. So it sits in my closet for the time being... 🙁

Ah, OS/2 Warp 3. I ran OS/2 Warp 4 on my Socket 7 system years ago. Before IBM made their own OS, Microsoft made OS/2 for IBM back in the 1980's, and stopped because Microsoft wanted to make their own OS, known as Windows (monopolizing at their finest).

Ah hey, and why not post these too, while I'm in the process of installing one of them on the new G4 hotness? Here's my little collection of every boxed OS/X worth owning.

Interesting how much sparser the packaging got over time. Tiger (10.4) is in a big box, Leopard (10.5) is in a CD-size box with an elaborate unfolding insert, a thick manual, and holographic artwork, and Snow Leopard (10.6) is in a flimsy white crushable cardboard packet with clip-art. The 'grey discs' are non-retail machine-specific installers of 10.6.4 (iMac) and 9.2.2 (PowerMac G4.)

I'm still missing the holy grail of 'grey discs', an install set of Tiger for x86 machines (all big box/retail Tiger versions are PowerPC only.) They're hard to find but they do exist.

Incidentally my big box Tiger is still sealed(!) Not that I'd have any qualms about opening & using it. I'm installing Leopard on the G4 for now though.

I wish they'd done a physical media release of Mountain Lion (10.8 ), my favorite version for x86_64 systems, but it was all digital-only by then. Everything afterwards went downhill. Mavericks is Mountain Lion with added bloat & bugs, Yosimite was the Herald of the Dark Times, and 10.11-10.13+ are the Dark Times. Ah well.

(At present I don't even have a downloaded installer of Moutain Lion if I ever want to revert my Macbook, which is running Mavericks. Should sort that out before every way to get it falls off the internet.)

I'm installing Leopard on the G4 for now though.

I personally still would not install 10.5 on a G4. It stretches the poor G4 and slows down the entire system.

Actually I have a Sawtooth G4/400 AGP with a dual 1.7GHz upgrade board & and 2GB SDRAM. There's a build thread in system specs. Runs great. 😀

I might put Tiger on another HDD for OS9 compatibility... or just OS9. But enjoying it w/Leopard at the moment.

I was offered these for a very good price:

These weren't bought today, but they are my most recent software purchase:

This is the set of software (excluding driver and OEM tools discs) that came with the Dell Dimension 4600 that I bought a few weeks ago as shown in one of my posts on the retro hardware thread.

FYI, you can hack Leopard onto slower G4 systems - I have it on my Digital Audio 733, by using some open firmware commands. Worked fine as far as I could tell, although mostly I use it for late OS 9 games and non Apple OS.

I'm impressed someone has a floppy copy of Warp 3 red spine; by that time OS/2 was mostly on CD. It was painful enough installing 2.1 from floppy..

Does anyone have any beta disks or other more uncommon Windows install disks?