I found another IBM patent. Looks like it directly refers to PCMCIA sound card. https://patentimages.storage.googleapis.com/9 … e/US5768631.pdf
From what i could understand they used a combination of software and hardware to make their PCMCIA sound card work with protected mode games. It's not only TSR but also some sort of controller is involved. I leave this here just in case it's somehow useful for the project.

"Software emulation appears to be the preferred route from a point of ease or economy. However, emulation in this way is restricted to software that is not operated under a protected mode in the DOS operating system used by PC computers. Many exist ing games operate in the DOS protected mode. They will not function properly if used with a pure software emulation of an industry standard audio card. A pure software emulation of an audio card is significantly limited from being fully audio compatible. The combination of hardware and software of the invention provides a significant improvement over the software only solution, mentioned above. in providing a solution to operate successfully within software applications in protected or non-protected modes."

It would be great if you could open up your IBM card... 😉

It would be great if you could open up your IBM card... 😉

Well, the thing is that it cannot be opened without destroying it. The covers are soldered along the sides.

That's quite unfortunate indeed. Do all PCMCIA cards come in such non-serviceable package?

That's quite unfortunate indeed. Do all PCMCIA cards come in such non-serviceable package?

Not really. Some can be opened in a more or less reversible way. But not this particular one, unfortunately.

I'm not asking waht the state of the project is 😀
Just stumbled upon a device which I think might be of use for this project.
It's for sale on Avito (russian classified ADs site) under the name of Pcmcia Test Adaptor Sycard PCCextend 100.

Thanks for that! Just checked, but the price is a bit too steep for its functionality.

Has there been any progress on this or any new interest? I replied in the HardMPU thread but thought I would post here.

I am about to create a card that implements a "hardmpu" and pairs it to the dream.fr 2695 midi chip. Has anybody already done something like this that I can avoid re-inventing the wheel?

Has there been any progress on this or any new interest? I replied in the HardMPU thread but thought I would post here.

I am about to create a card that implements a "hardmpu" and pairs it to the dream.fr 2695 midi chip. Has anybody already done something like this that I can avoid re-inventing the wheel?

AFAIK there has been no progress on this project.
I've been also in contact with Serge from Serdashop and he told me that he was thinking about creating something like this, but eventually found this hard to realize.
So I guess your're the first and only one to create anything like this.

Id make it like this even tho the project is dead.

You would want the OPL3 over the general midi chip?

I have some OPL3s & da's on order will that will arrive soon, my initial plan was to make an OPL3 card, until another user pointed out this dream.dr midi chip

You would want the OPL3 over the general midi chip?

I have some OPL3s & da's on order will that will arrive soon, my initial plan was to make an OPL3 card, until another user pointed out this dream.dr midi chip

And what about having both?
But if I had to chose, personally I'd prefer to have a GM card. There are many OPL3 compatible PCMCIA sound cards, but only one GM compatible that works in DOS. Let alone MIDI sound is superior to OPL.

both is possible, I am not that current on soundcard stuff all my pcmcia development til now was ethernet/serial card related.

is that correct? I would also like to have included my already working esp8266 modem on the card, it of course needs an irq so if you wanted to play an ipx multiplayer game you could only use the OPL and not the general midi.

getting into interrupt sharing on multi-function card means getting into some custom enablers etc which is a bit beyond me right now so trying to stay within the limits of what will be supported by existing card services and enablers and unpatched games etc.

This looks correct.
Roland SCP-55 uses IRQ 5, but I see no reason why IRQ 2 or 9 should not work.

I have reconstructed a roland scp-55 card information structure, sent off a prototype board to pcbway, hopefully the dream.fr and yamaha chips arrive this week and I can do some testing to see where this can go.

very messy board terrible autoroute, unlabeled headers are for some other boards I already have that i am working on, and for logic analyzer etc.

This is very cool that your project is getting it's physical embodiment. Looking forward to the testing results.

Yes, I hope if i can show some realistic progress maybe some others will show interest in developing it. I kind of would like to have just bought one but nobody was doing it so I am trying.

I purchased a bunch of those framekits from digikey actually I got a couple boxes of them for my own testing cards and stuff. May need a better source if a lot of people wanted these cards. I actually 3d print and replace one piece of those framekits so I can use different types of connectors and wires coming out as there is no selection anymore for which framekit to get 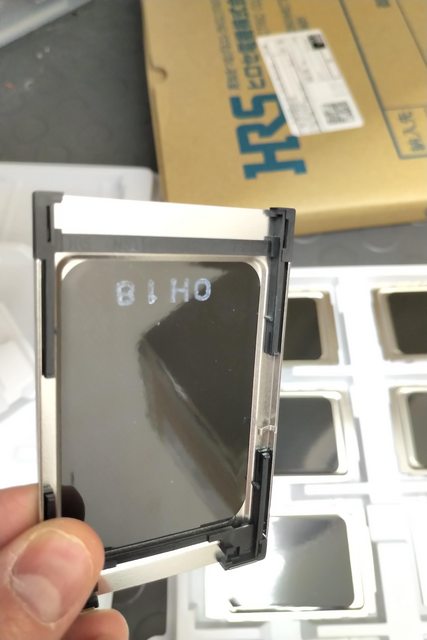 From my POV, the most ideal product would:

Be completely self-contained so that there is no need for cables and the whole thing fits flush in the slot
Support built-in wavetable, even if it's fairly basic
OPL2 compatible or better
Support PCM decompression (like the ESS AudioDrive card did for Duke Nukem)
Have maximum game compatibility
Be optimized for DOS but also work in Windows
Play through the computer's own speakers rather than require external hookup... just like the Panasonic cards do.

Trade-offs may have to be made but ideally the emphasis would be on functionality rather than top quality and/or memory capacity. This would likely have the greatest utility.

how is the sound when it plays through the computer speakers? I have brought the digital audio speaker pin out on my dev board to try it out but it is mono and i assume it sounds like crap more intended for modems? I had already been thinking about it for making fake modem sounds from my pcmcia esp8266 wifi model 🤣.

Midi (with that dream.fr chip and HardMPU Project) and OPL3 I am 100% confident I can do. For the other digital audio it is beyond me right now, but if I can move this forward a bit I know there are people here that can do this with their eyes closed just did not want to start it from the ground up. I have some IBM Mwave stuff I was interested to see what their "software/hardware" workaround is for lack of DMA in the early pcmcia versions.

I can answer that one, it doesn't sound that bad really, it just depends on the laptop, "newer" ones use the same speakers for the integrated audio card out and the basic system speaker sounds, so it's quite good on those.

On older models usually without integrated audio, the system speaker is just a piezo electric device which makes a somewhat distorted sound, it has its charm though!

I posted a sample here of me playing Doom using the Panasonic cf-vew211 opl3 based card:
Re: System Beeps - a PC Speaker music album

Interestingly enough the (also by Panasonic) fm radio pcmcia card can also output the audio signal through the system speaker, I tried on my 200lx and it was alright.

I assume it's mono, it's probably written in the pcmcia specs but I'm not going to look for the answer right now.

Great project you're doing yyzkevin, I'm eagerly curious to see how it goes.