Quake1 with WATTCP built with DJGPP on DOSBox

Alright who wants to get their butt kicked in Quake? 😁

Heh I'm glad you saw it! I was wondering about spreading the word on this thing, it's very cool!

I've even loaded it up on Qemu, and Virtual PC and connected them up to a quake1 server on the internet overnight... And this morning they were still both connected!

The only caveat seems to be this built really really REALLY wants a sound blaster... and a packet driver.. otherwise it'll just crash. It seems my cross build of djgpp doesn't handle signals that well. 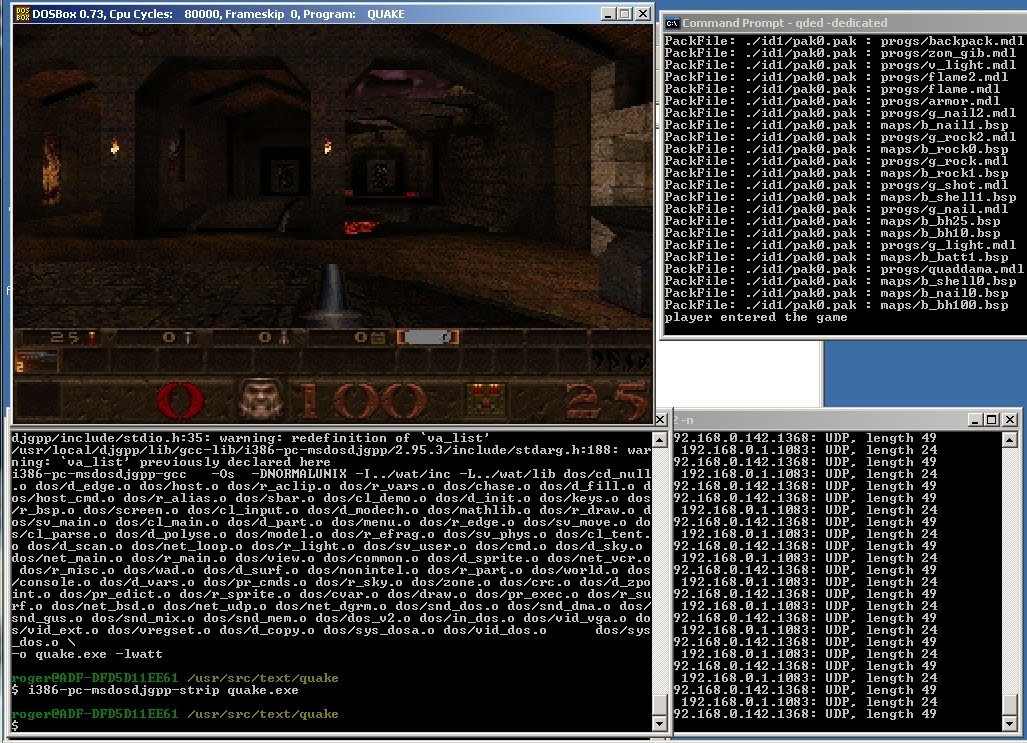 I'm still amazed it works as well as it does.

This is something I need to put into Engoo - maybe port Quakeworld with this stack used. 😀

quakeworld's not the same, it's just quake with its progs and game logic rewritten to a different approach involving minimal events, lerping and predicting. it was largely an experimental attempt to invent some way to make quake online play lag less (and it worked, and subsequently shaped modern online gaming today)

well I went through the source, and yeah QW is VERY different, but luckily it supports the same SYS infrastructure.... I've built a MS-DOS QW client, and I'm connecting to

And right now it's downloading a map!

More digging around it seems they moved the S_INIT code in QW into the video drivers.......?

Whatever, I just put it back where it was, and now I got sound.

The wierd thing is work just gave me a new laptop (yay!) and now neither quake, nor qw work in virtualpc, nor dosbox in virtualpc..... so wierd! But it works in Qemu......

so let me package and upload this thing... 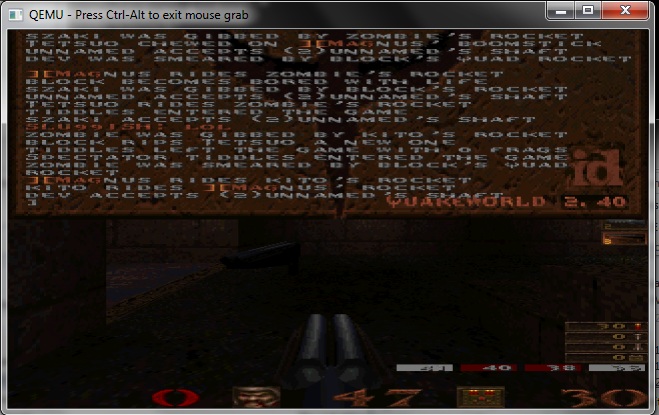 I just dug out an old P4 (lol) with a Sound Blaster AWE64, and loaded this up natively, and... it works great! I'm using an AMD PCNet NIC, and sure I got killed a lot, but no clock issues on xs4all.nl