No, you cannot compare these two boards: Abit KT7(A) and Abit KG7

They have chipset which come from different "Socket A - era"

Are there motherboards with SSE2 capable CPUs and at least one (DMA capable) ISA slot?

A possible alternative would have been SB-Link but it seems it disappeared together not long after ISA. 😐

If it were me, choosing to trash a board or spend money to fix it depends on the perceived value of the product to you. Since this is entirely subjective, no one here can give you a recommendation. But I can tell you that I was ok with paying to recap my motherboard because it was the 2nd computer I ever bought and I gamed pretty hard on it back in the day, so there are memories there.

Thanks for the advice. I have bought two KT7 capacitor caps from Chris @ badcaps.net and tried to repair the KT7A 1.3 motherboard which as I mentioned could barely boot (presumably due to bad capacitors). Indeed after visual inspection I found three bulging capacitors, which I replaced successfully but that was a lot of hassle, especially the two sitting between the AGP and PCI slots (the third one is above the number 57, changing it was not difficult): 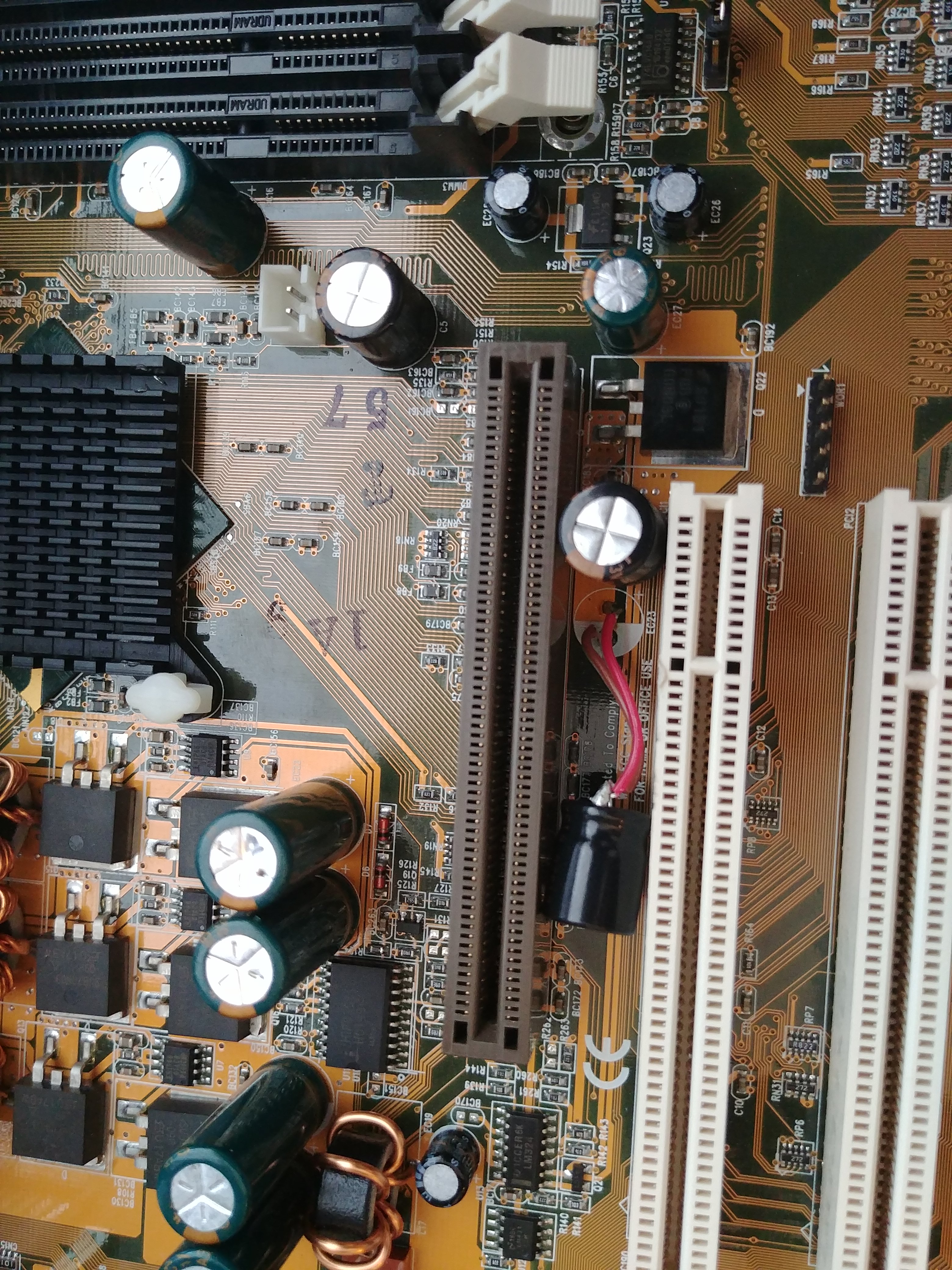 I failed to properly remove the solder for the two aforementioned caps, so the top one has legs that do not go all the way through, and as you can see I found a workaround for the bottom one. Fortunately during the recapping I did not mess up any trace. My mistake was to not try to exercise recapping on a trash motherboard.

By the way, using a multimeter that can measure capacitors I did in fact confirm that the three I removed were bad. Unfortunately it is difficult to assert whether other capacitors are bad without removing them because the circuit they're connected to alters the measurement.

After recapping the segfault issue disappeared which is great! 😀

However the other two issues I had remain:

So legacycollector.org is no longer available (apparently the maintainer received threats). Anyhow I'm posting here the latest versions of uBlock and noscript that work with older versions of Firefox, so that it may be useful to other people. In addition I've updated the first post with new information from my experiments, notable the use of an mSATA SSD drive.