Aleona's Tales (AT) is a free data set for Wargus, an open source recreation of the Warcraft II engine. The project has had a long and rather tumultuous development history. It used to be a stand-alone game, then was merged with Wargus as the default data set. Most recently, active development happened in 2015-2016 (as can be seen in the now-abandoned forums), by a handful of community members who sought to take advantage of the scripting system to create new campaigns and game modes, and generally reinvigorate the project. However, soon after that activity ceased, and a lack of maintenance resulted in the latest release, version 2.4.3, being unplayable. Starting with version 3.0.0, Wargus developers simply dropped AT data from their project, "since it was already partially broken in 2.4 and no one wanted to fix it" as the project leader told me.

It took me a while to figure out what was wrong. The crashes in versions 2.4.x (you can start the game but not play any scenario or map) are caused by several faulty PNG files, as well as a few incorrectly arranged sprite sheets. I fixed that, but also found other errors, like some sprites had extra transparent areas instead of solid colours resulting from incorrect conversion to alpha channel PNGs, and broken player colours. I repaired all those instances that I could find.

I also discovered that the single-player campaign, Frontier Force, crashes after the first mission. It looks like the 2.4.x releases included a WIP version of the new campaign files, as some data is missing. I decided to simply revert to the previous version of the same campaign from v2.3. I was unable to figure out why For the Motherland campaigns crash, but For the Motherland skirmish maps seem to work fine. Front Lines don't though (these are new game modes which have been introduced by Kyran).

The file tales-2.4.3-fix.zip contains these fixes, to install, unzip into the same directory as Wargus and overwrite all files.

However, since the AT project was still WIP, there are several placeholders or low quality assets, which I decided to improve somewhat. I separated these improvements into a different file, tales-2.x-update.zip, which you should unzip after installing the fix. First off, I added updated sprites by snv from here, which were intended for AT releases but were never included. I've tried to sparingly use assets from Wyrmsun and Open Game Art, as well as some unused art from the original AT CVS repo, to replace placeholders and the few assets of very low quality. I've added shadows to many buildings which were missing them, replaced almost all placeholders, added new critter sprites, icons and sounds, and made a few other changes here and there.

AT's art as it is is a bit of hodgepodge, as with many other community projects, but it has a certain charm to it. There are some rather high quality sprites, both pre-rendered and some hand-drawn. They're not on the same level as Wyrmsun art, but in some ways can be compared to those in Seven Kingdoms for example. Here's a couple of screenshots (a few more can be found here). 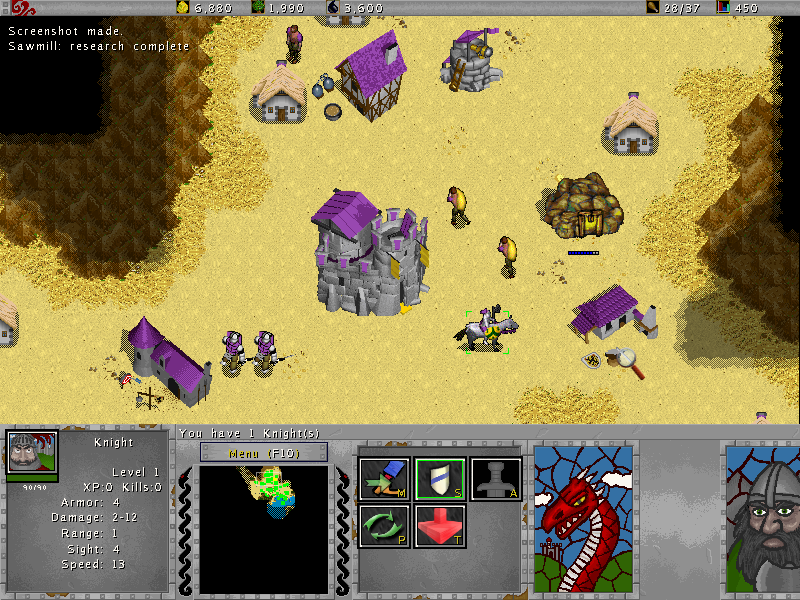 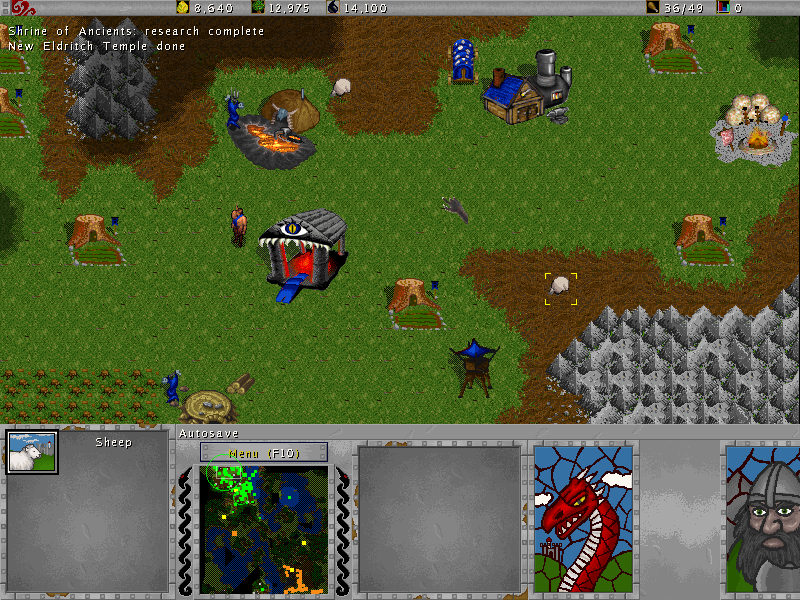 A small update. I thought it would be nice to have a scarecrow instead of a banner with players colours for the Feral Dwelling, and found a suitable scarecrow sprite here. 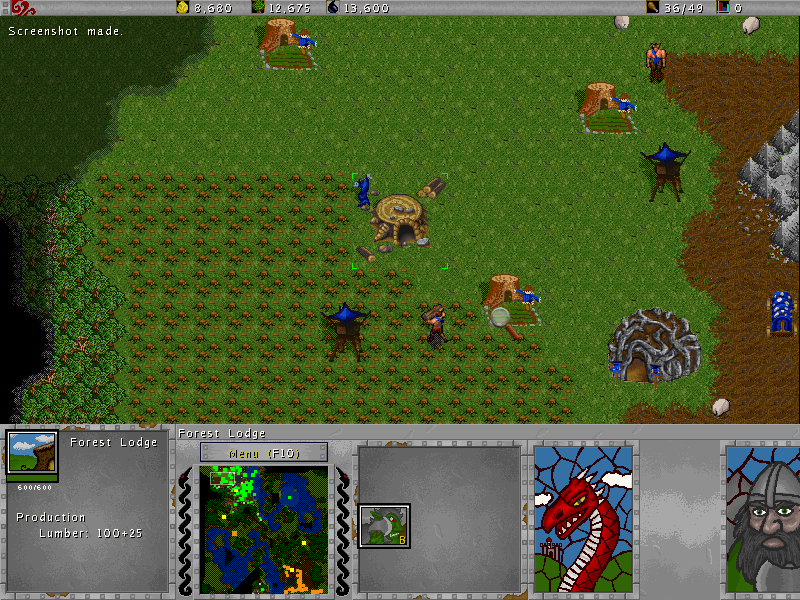 I also created a new oil patch sprite based on an old outline-only version that I found in the AT CVS: 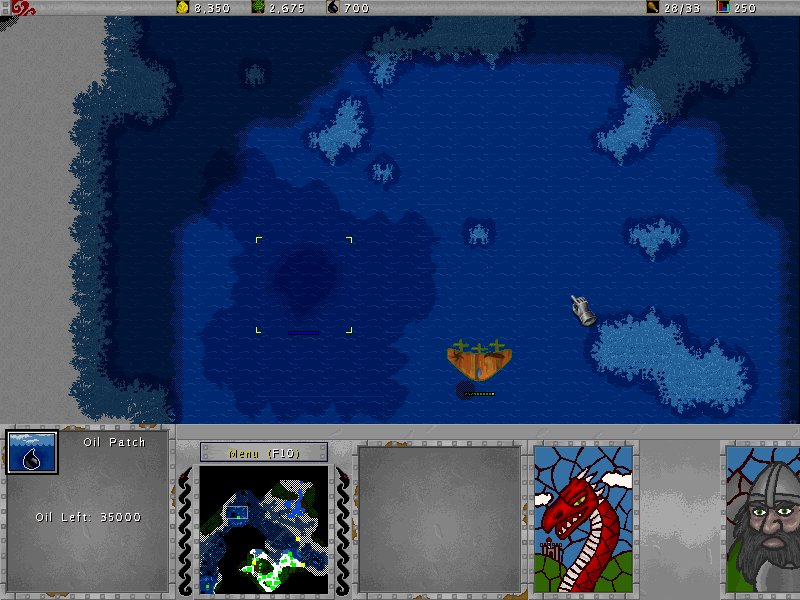 There are also new sounds for the penguin/tux critter from here.

I attempted to improve the look of the Feral Forge, which suffers from heavy dithering, by using two ESRGAN models: NMKD DeGif and PixelPerfect. I scaled down both results to the original size (in MSPaint) and blended with G'MIC and palettised the result. Here's a side-by side comparison of the old and new sprite:
https://imgsli.com/OTAxMTE

I also tried to improve the player colours on the Feral Battle Halls.