Lounge with Linux box and a shelf with some software I've collected over the years. Connected to router by Cat5. Not quite the same as having the space of a whole double bedroom but hey..... 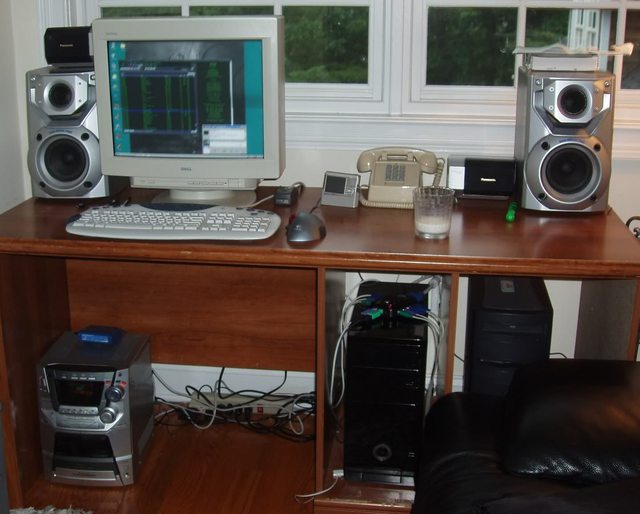 A fellow man of culture indeed. I also use Zaxon's floppy emulator, albeit a different one (for 6128, external).

Ah, I see you "upgraded" to a rotary phone, prefer a green one though 🤣

Hmm... That leather couch on the far right makes it look like part of the setup, being the chair for the desk... 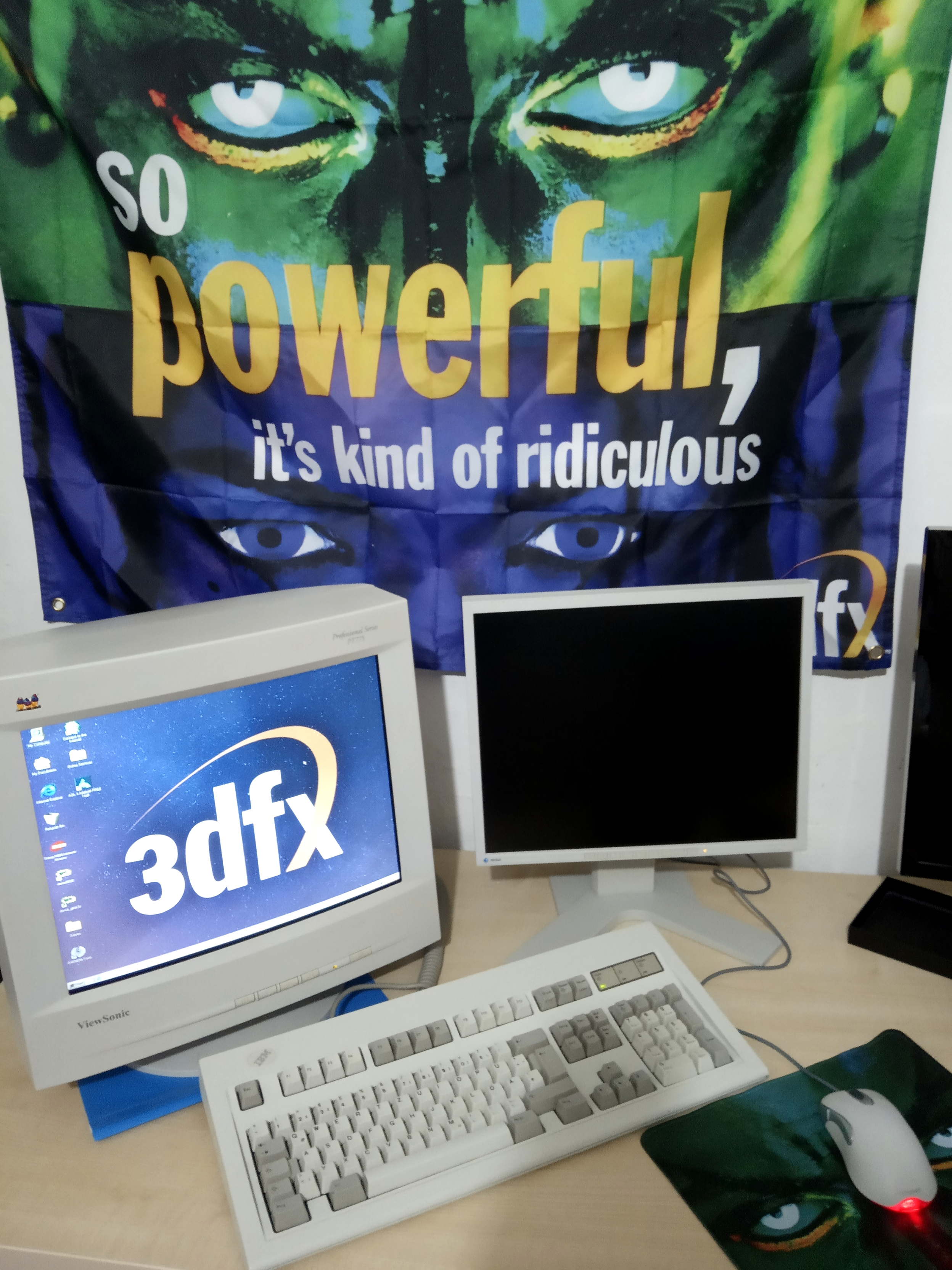 ^ great stuff here too I always like CRT screens with old systems, lcd don't cut it if you have the space
one day I will also find a nice IBM keyboard 😁

one day I will also find a nice IBM keyboard 😁

finding them is not the issue, having to rob a bank to pay for it is 🤣

It wasn't that expensive, 30 euros plus shipping locally. For a legendary keyboard it isn't expensive. You can find them cheap locally, on ebay they are are way more expensive. It was all dirty when I got it, cleaned it and it looks brand new.
I'm always hunting for deals, not paying the crazy prices.

Here’s one of my “computing” tables. I have my Inspiron 8200 (my favorite Windows XP laptop of all-time) sitting here currently.

I should also mention that this Inspiron 8200 has an NOS LCD panel which I found on eBay. Very bright and doesn’t have any of the yellowing that you see a lot on old LCDs.

The Model M became progressively shittier as time went by.

The first variant (square badge) is arguably the best.

The next one (oval black badge, still made by IBM themselves) was slightly worse (thinner plastic, thinner backplate, etc.)

The Lexmark variant (blue badge, non-detachable cable) is the second worst. The black badge Model Ms have a nice controller PCB with proper connectors for the membrane contacts. The Lexmark Model M has a very odd PCB and the membrane contacts are simply pressed against contacts on this PCB. If you disassemble it, it's rather difficult to make it work properly again. The plastic and the backplate are even thinner, and at some point in the 90s they switched to single-piece keycaps.

The current Unicomp Model M is the worst. It has the same downsides as the Lexmark Model M, but the case is even thinner and badly molded with lots of sprue, and the backplate is so thin it could be made out of tin cans. They have reintroduced the two-piece keycaps though.

I have a Model M released in 1987 that needs a good cleaning on the switches for the arrow keys, but it feels good typing on that thing, and I have a 6' cable that I bought NOS on eBay a while back and it's pretty stellar.

That's one of the good ones!

Personally don't see what all the keyboard fuss is about. I've had my $25 Genius keyboard for over 20 years now and it's still going strong.

Hey Zack_H, could you elaborate a bit more why this is your favourite XP laptop? Really curious. I have Dell M70, but maybe there's a better fish out there.