Very nice it looks like a beefy passive cooler. Those EK fans move some serious air. I started using the aerocool DS fans and they move a ton of air and are crazy quiet I can get them rather cheaply from Frozen CPU

Salvation Army find, this is as-found without any retrobrite, it's one of the cleanest retro systems I've found... guessing it lived a lot of it's later years in a laptop bag stuffed in the back of a closet long forgotten until someone passed away or had a serious spring cleaning. Main and backup batteries are shot as was the original Conner hard disk, seems to work fine with a CF card + adapter... oh that glorious and ghosty monochrome VGA. I'm not much of a retro laptop guy, but this thing was too cool to let pass. 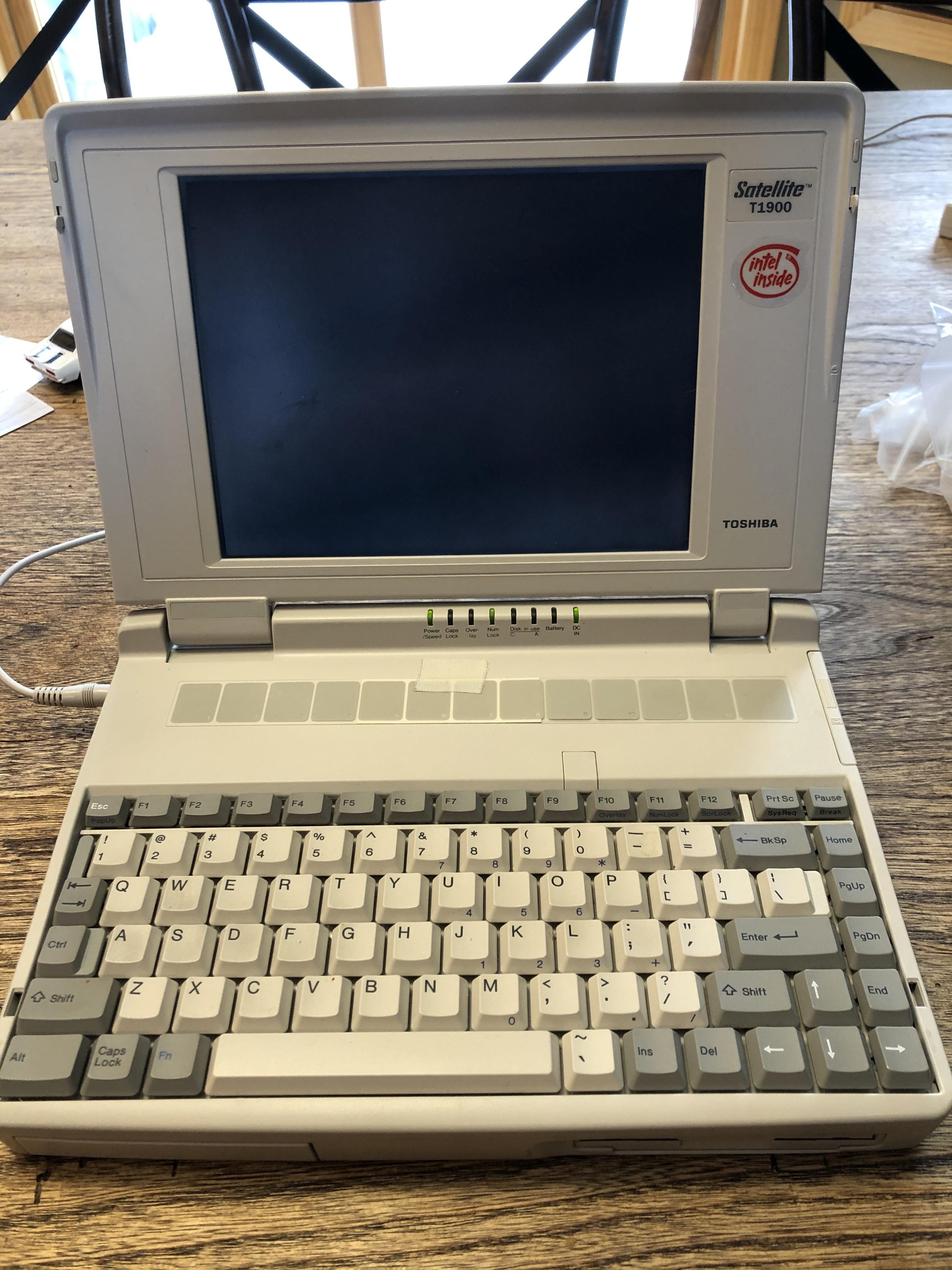 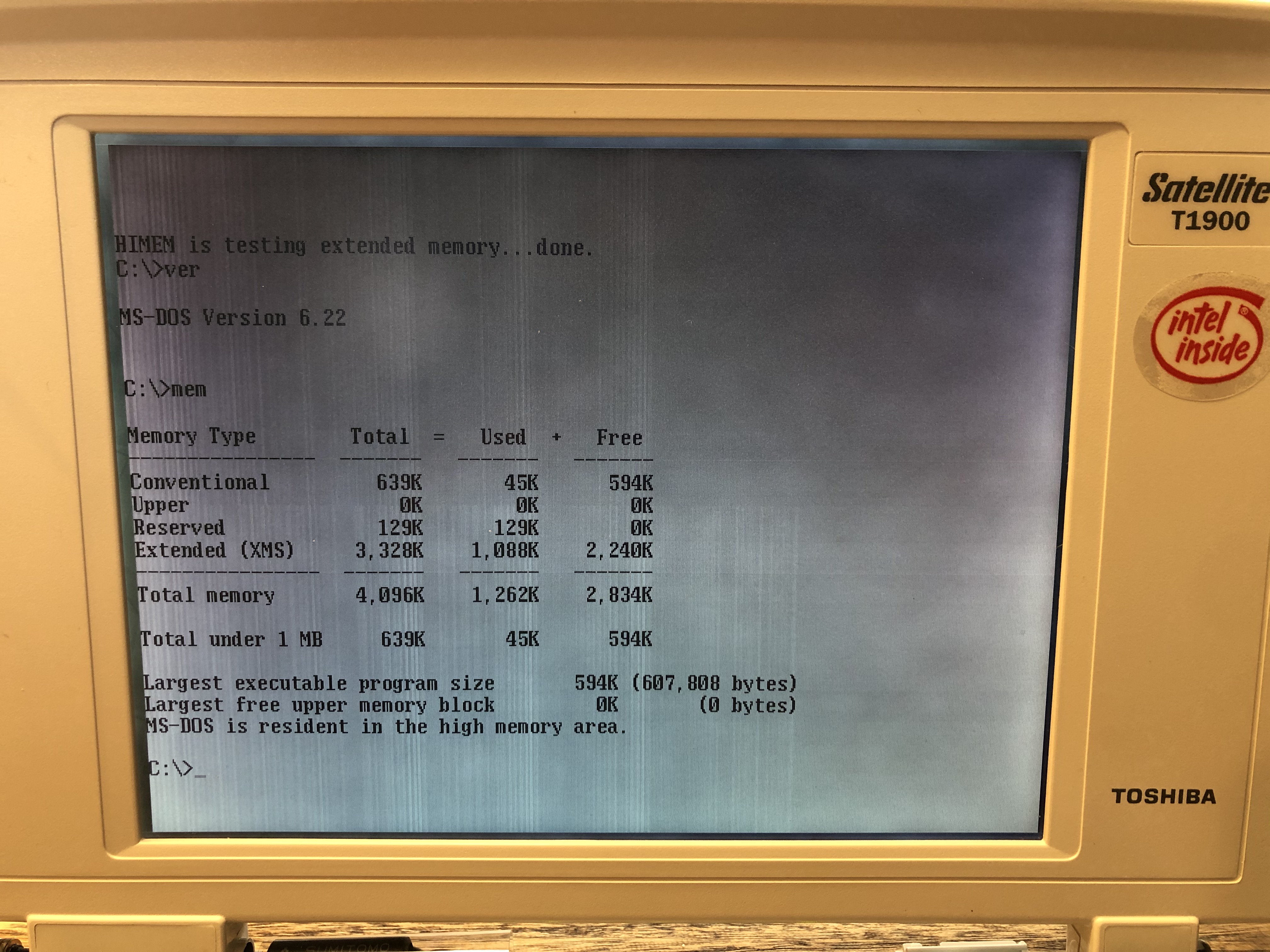 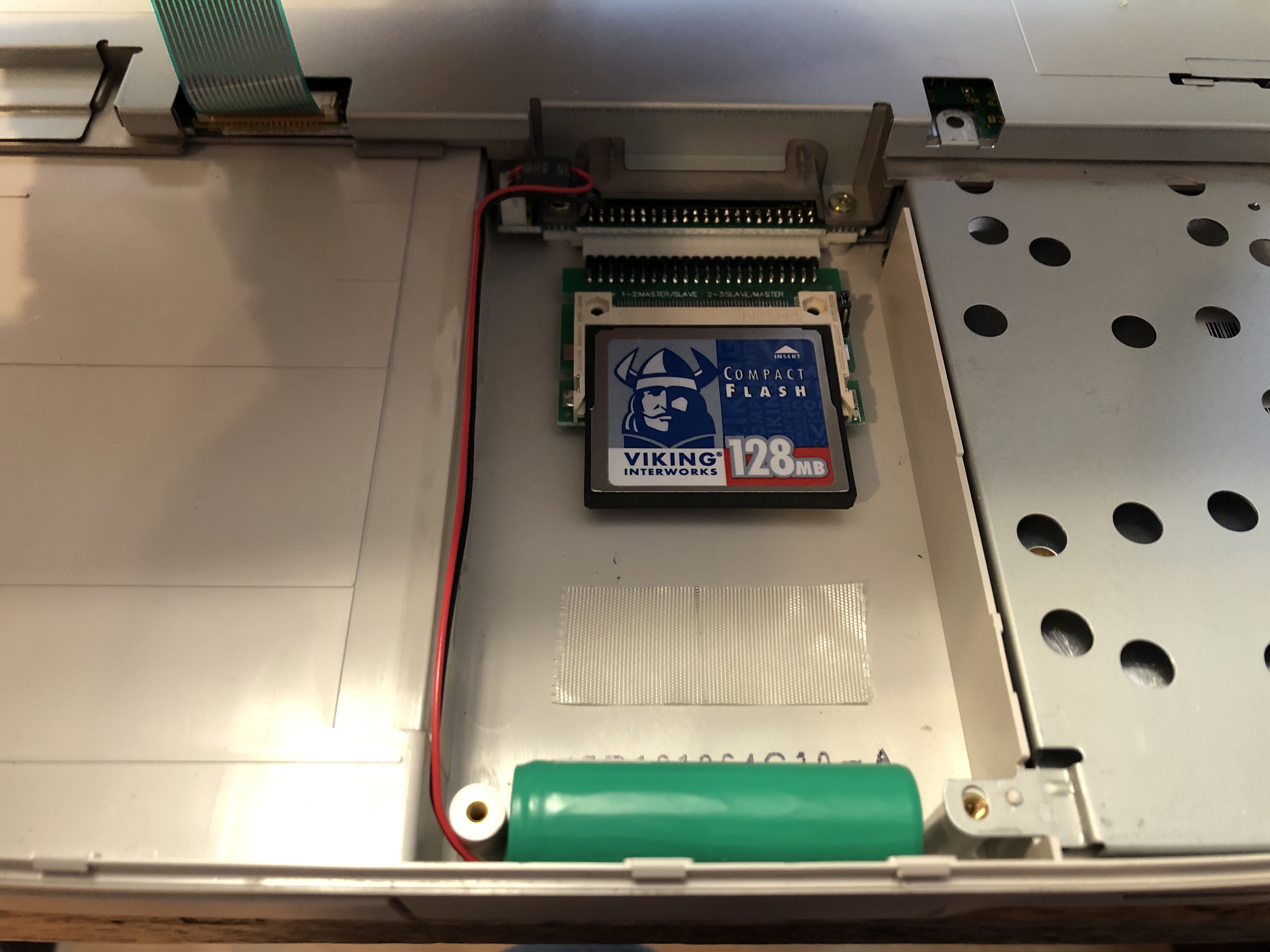 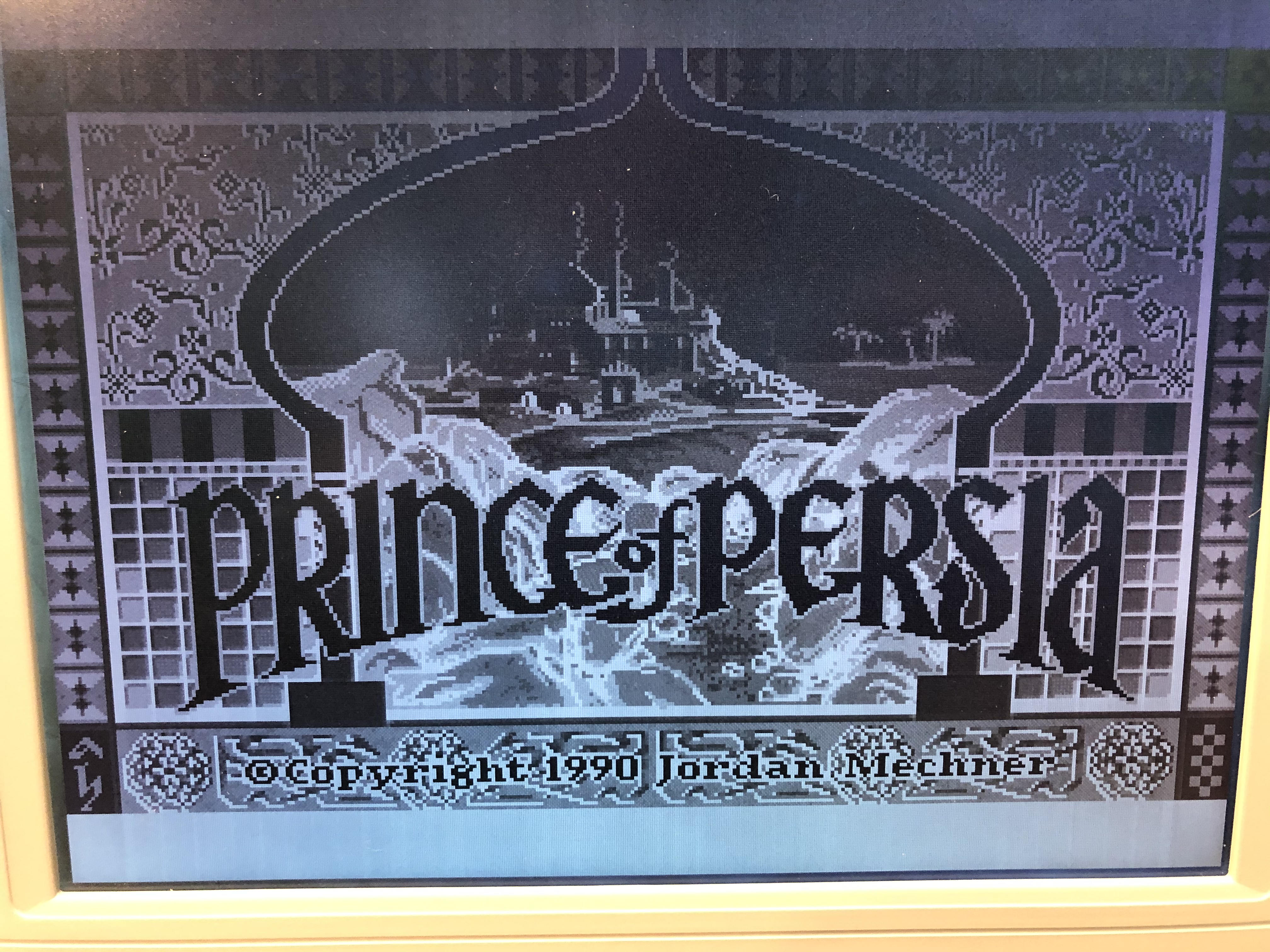 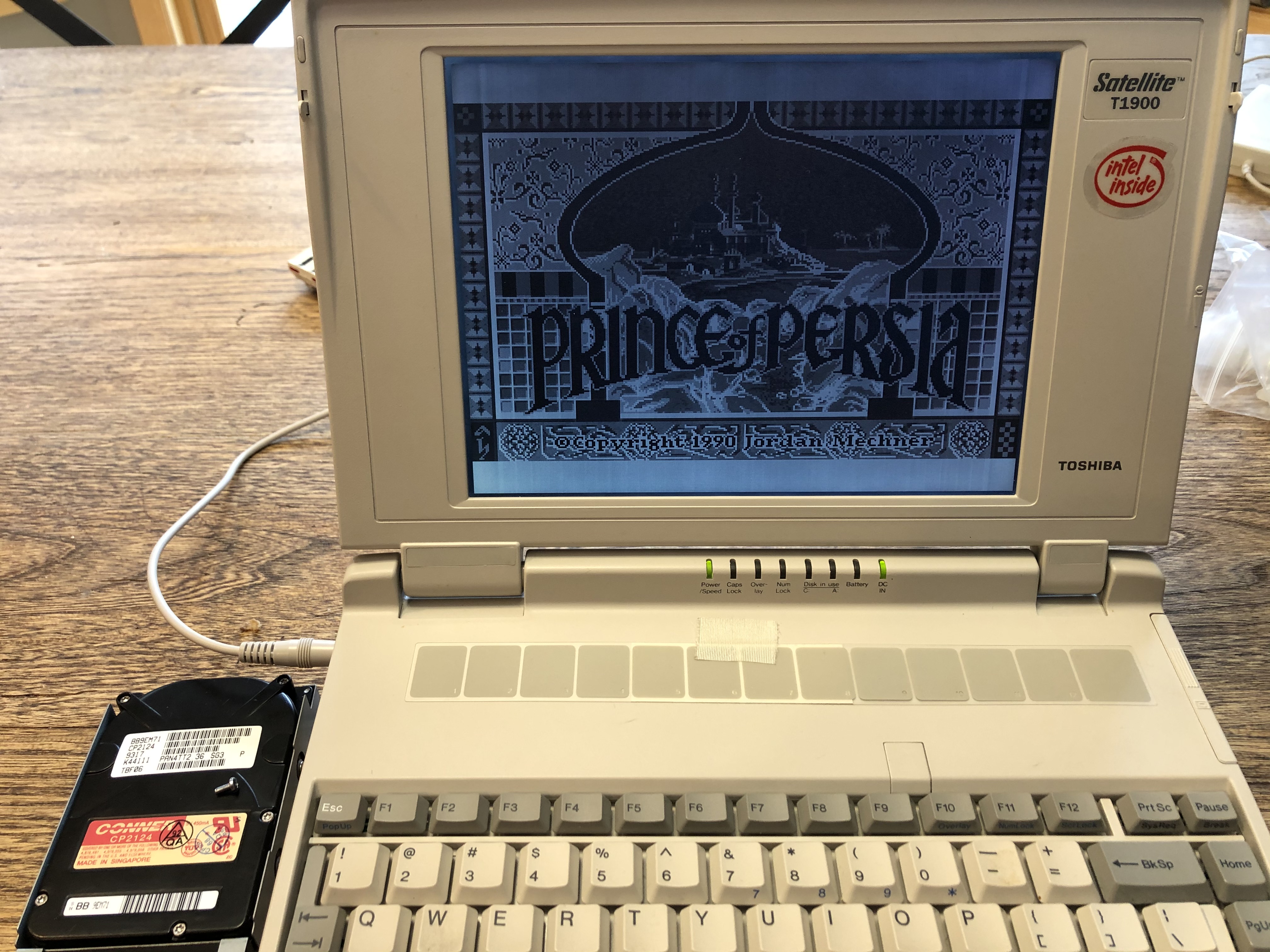 I have a similarly mint looking T1910CS that looks nearly identical to that - the main differences being a ghosty colour screen and a 486. 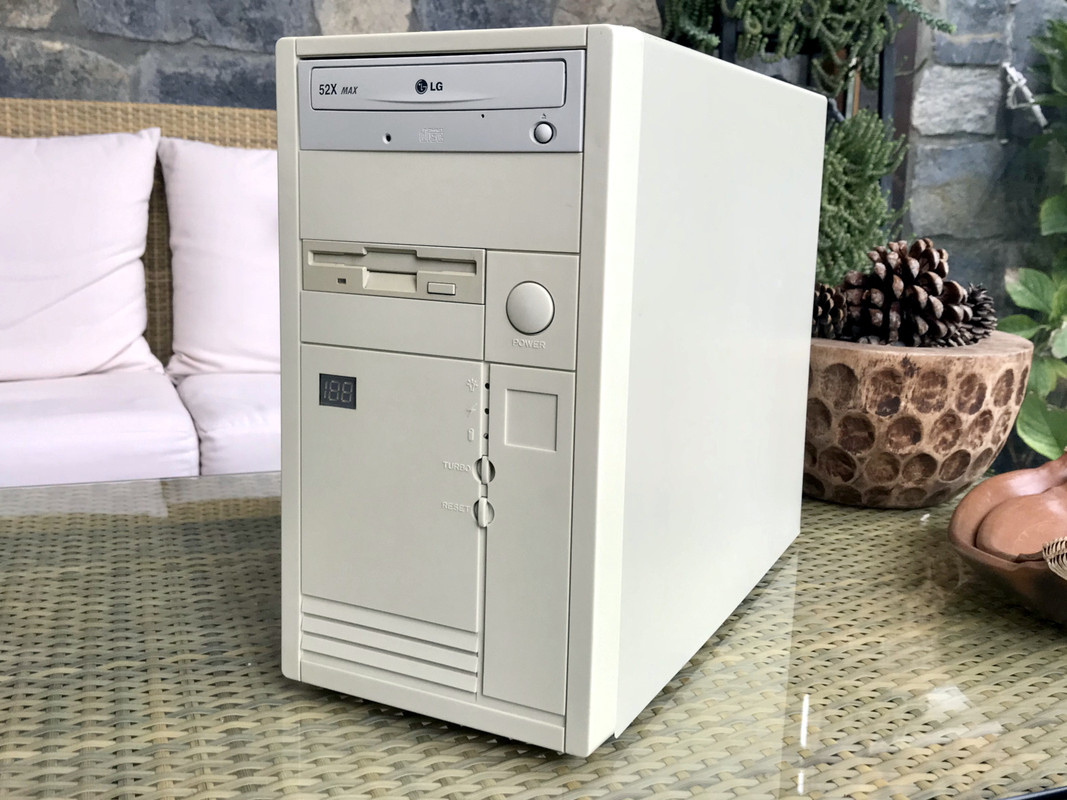 This one is kind of different and special compared to my other era builds as it is more or less identical to the 486 PC I got in 1994 and upgraded with a Creative CD-ROM upgrade pack in 1995. So identical in fact that it carries the service sticker on the case and warranty stamp on the CPU of the same company I got mine from: Micro Star. Yes, that MSI still kicking around.

There are some differences of course, namely that I have a 2GB CF stand in for my 213MB Quantum HDD and a YMF719 stand in for my Sound Blaster Pro, both of which I do not own anymore.

Time to play some Dune II!

Just got some new-old stock heatsinks in yesterday to replace my original ones since the plastic clips broke, and so far I'm pretty damn happy. Both of them are still quieter than just the little GPU fan, and thermals are way better than before. Before with the 92mm fan shared between the heatsinks, the CPUs would sit around 55-58C during the winter regardless of what you were doing. Now they sit between 36-40 which is pretty dang good.

Video just to show how much noise is coming from the GPU fan screaming: https://cdn.discordapp.com/attachments/455551 … 3948/video0.mov

Nice. Why did they feel the need to swap the locations of caps lock and ctrl? 🤣.

I think it's worth it. Your opinions?

It looks like a decent case and it's rather cheap. I'd pick it up just to have it

I have quite a few old PC Towers and some laptops, old Pentiums up to P4, I'm not sure what all I have, probably old 386's, 486's, I know I have a dual Pentium 3 board, I also have some really old AT style Tower/Server. I always keep that kind of stuff since it's so uncommon nowadays and I hate seeing people scrap all these old PC's just for a measly amount of cash when they could make more selling them to collectors.

My current gaming rig is a Lenovo ThinkCentre m82 I picked up for $20 from a library, I swapped in an i7 and a GTX1060 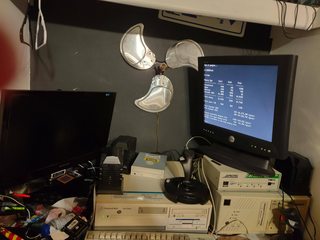 My retro PC setup. The KVS just needs some male to female VGA cables so that the monitor can be connected to the KVS box. My future plan is to use a Printer Parallel switch box (4-way) as a switch box for both audio and a joystick by making special cables for the parallel port that'll contain both audio and joystick ports and shielded audio cables internally in the switch box. 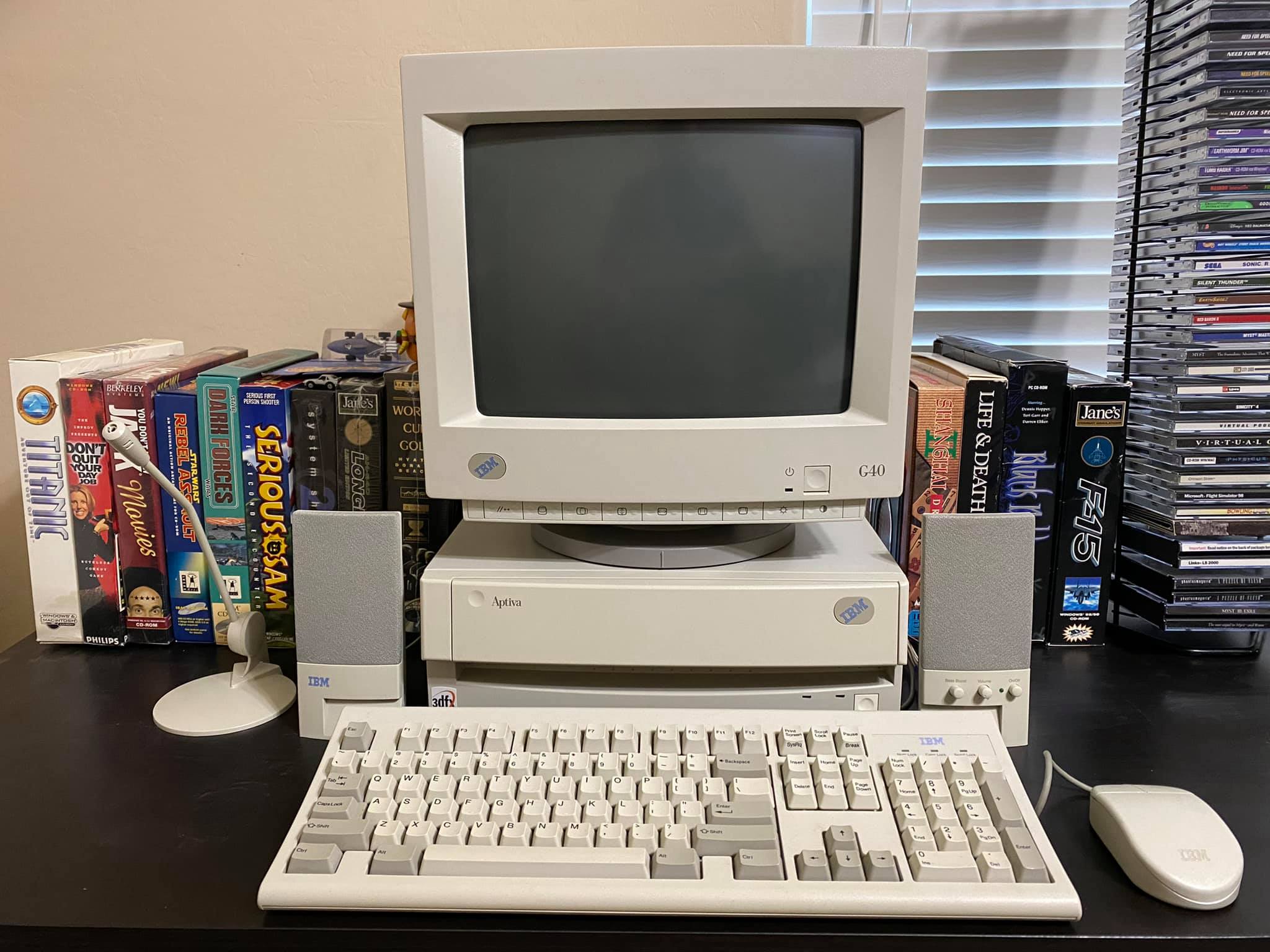 Amazing! I've got complete Aptiva system as well but with G50 monitor and non-IBM branded speakers that came with the system. I'm missing the L2 cache though...