Earlier in the year, just before the pandemic woes struck, I saw an IBM case in a recycler's inventory. He usually sells me motherboards, CPUs and expansion cards he salvages from PCs and I am rarely interested in the cases as they are often in terrible shape by the time they reach him, but this one caught my eye. I had no idea what (if anything at all) was in it, but I had it shipped to me at a very modest cost. This is what it looked like when I received it: 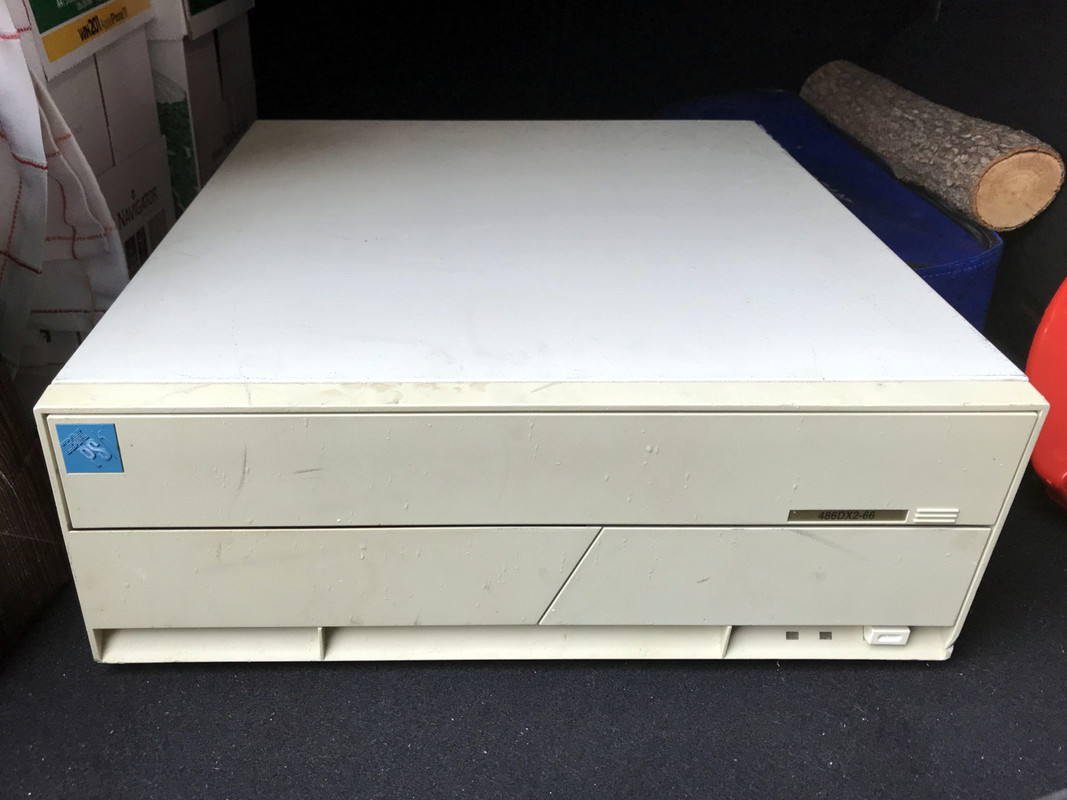 It is from November 1993 and actually has a fairly neat configuration, top of the line for the IBM PS/1 products unless I am mistaken: 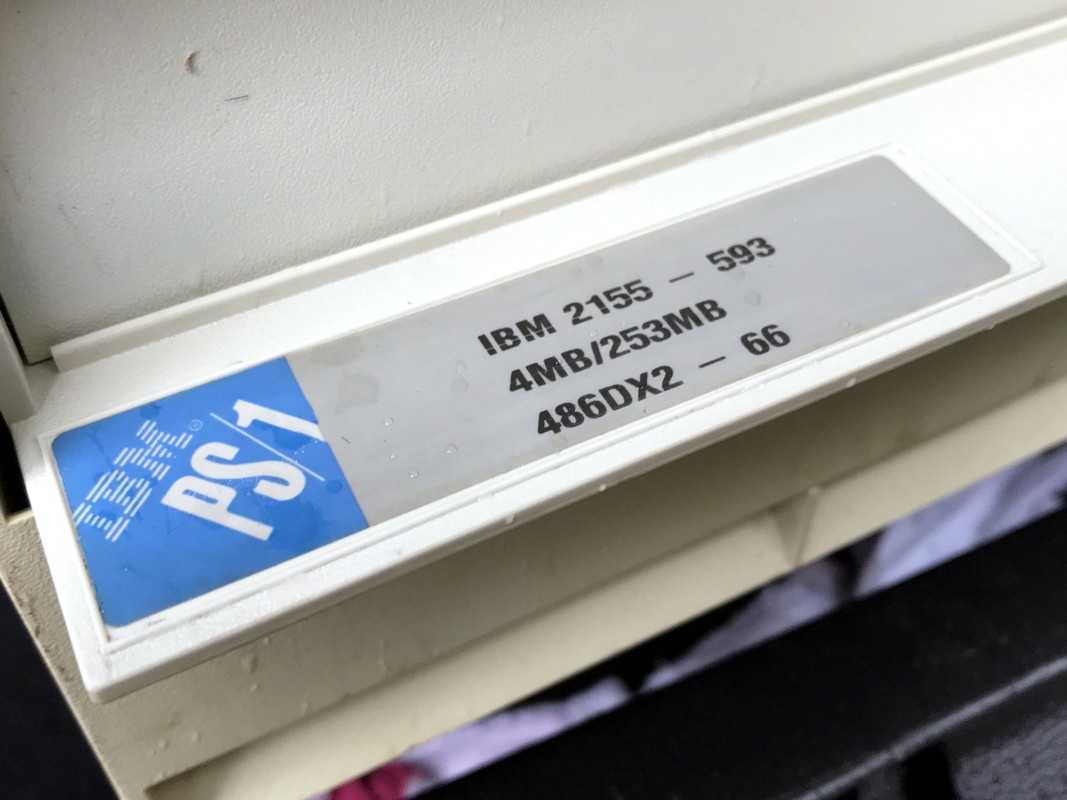 Upon opening the case up, I found that it actually had most of the components, as well as having been upgraded to 16MB of RAM. It was, however, missing the 3.5" Floppy/HDD drive cage and case spine part (which may have very well been missing from the factory as some of these boxes apparently shipped with 5.25" combi floppies instead) and the hard drive. Everything else, including the riser card, was present. I decided it would be worth salvaging and restoring, so many months later I got down to it.

First order of business was disassembly and a deep cleaning as the thing has apparently been a home to many different kinds of pests. Unfortunately I do not have any photos of the mess it was before I got to work, but this is how the motherboard ended up: 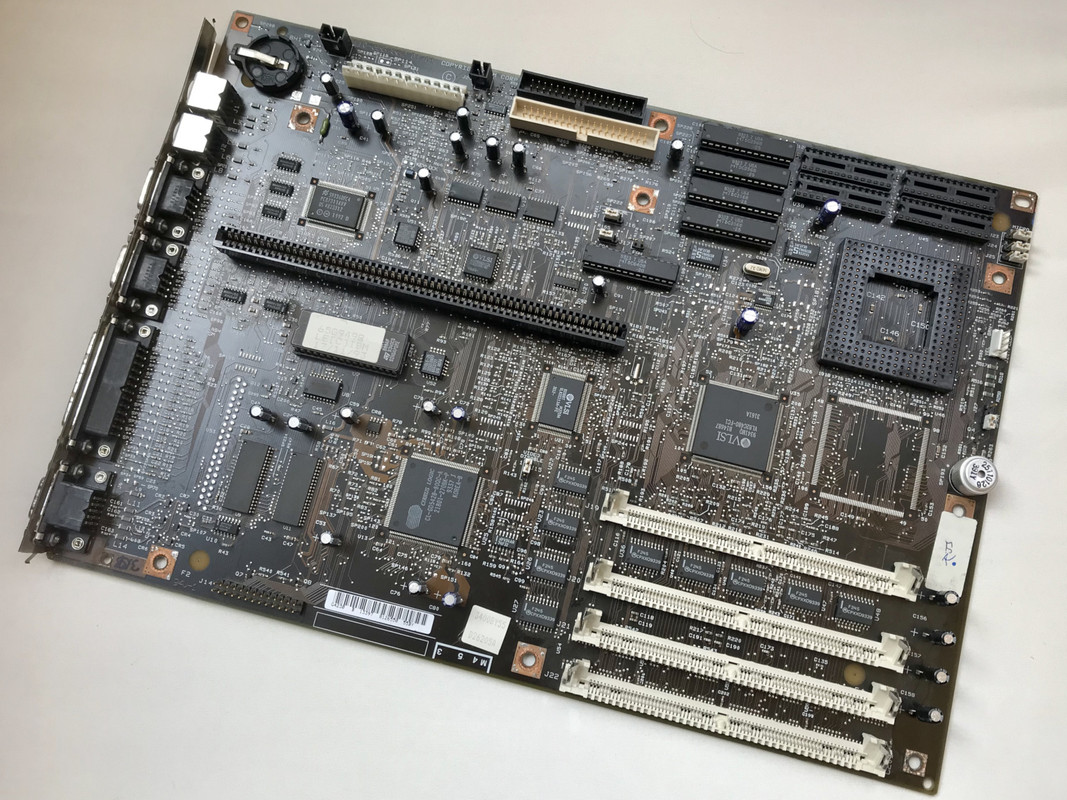 Quite a beautiful motherboard if you ask me. Next up, it was time for some retrobrighting: 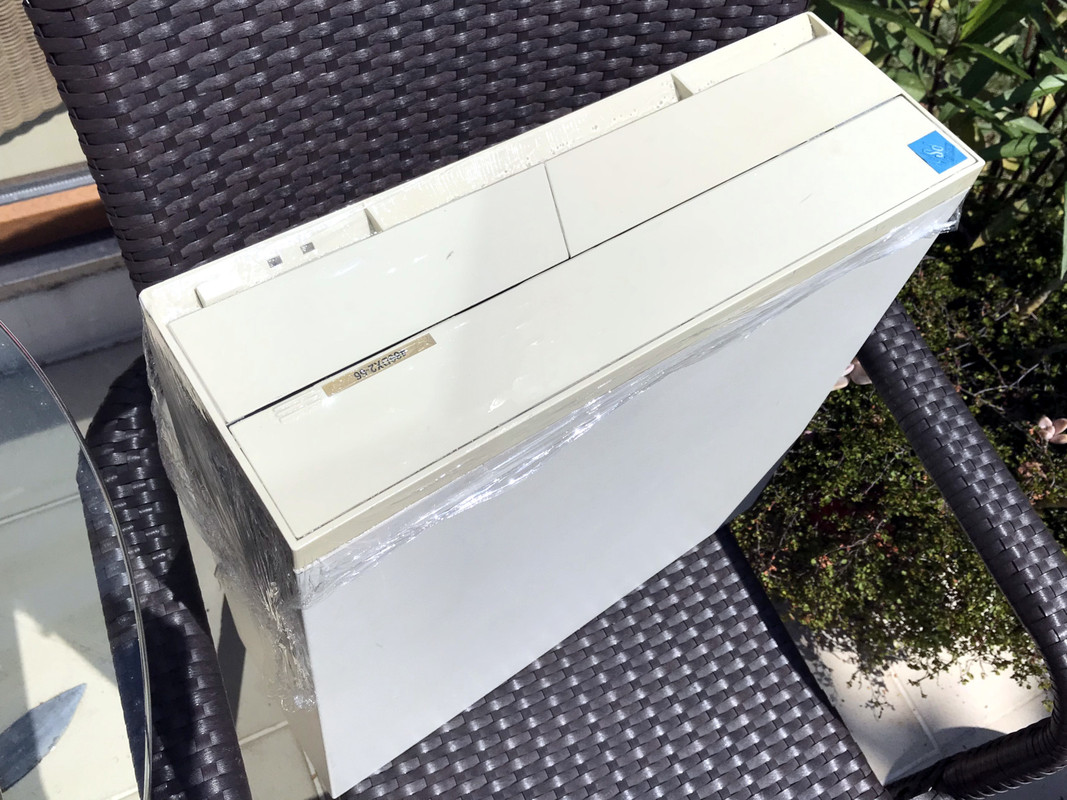 I replaced the missing drive cage to a 3D printed plastic part which did the job quite well. Instead of a real floppy drive, I opted for an OLED and buzzer modded Flash-Floppy GOTEK. I replaced the Hard Drive with a 512MB CF-IDE onto which I copied over a 1994 factory image from a US PS/1 Multimedia onto it. I also added a Samsung 40x CD-ROM and a Creative Sound Blaster 16 CT2290 to the system.

It turned out rather well, if I may say so myself.. 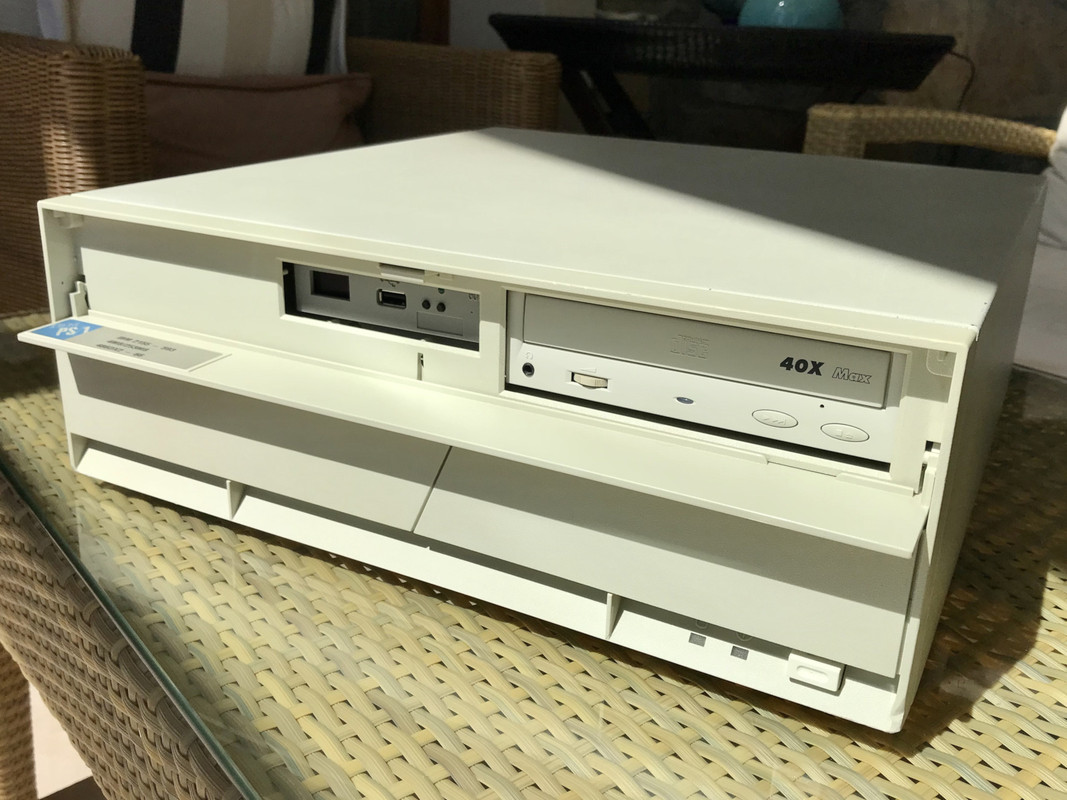 Wow, so good to see this model! This was the same PS/1 that I purchased from Circuit City back in late September of '94 as a birthday gift to myself. It was my very first PC and helped me launch my IT career. What great memories of this fine machine. Sadly, in 2015 I lost the entire system in a tragic house fire. What I wouldn't give to get my hands on this model again...hint hint 😀

There was many versions of the IBM PS/1. It all depended on what store you purchased it form.
There was at least 5 different versions.
They all had different motherboards.
Some came with a 486sx-25 or 33 onboard with an Intel Overdrive socket and then there are those that came with a
486dx-50 like yours with a standard CPU socket.

These are my favorite 486 computers because they look so clean and simple with all the covers closed.
Also the original IBM install came with allot of tools and batch files for maintaining the computer
For ease of use. That is what set IBM apart from everyone else. Not just that they had the best hardware for there time.
But ease of use setup and menu system included with there operating system.

But I would not worry about motherboard cache or CPU upgrade.
It’s a 486 and NOT a Pentium CPU computer.
The only CPU upgrade that will make any difference is the Pentium Overdrive 83mhz.
But these are very expensive and rare to day.
Better to build a Pentium computer for that.

I would keep it original as possible as a 486dx-50 computer.

Agreed. This system had a lot of bells and whistles which is why it made for a great first computer for me. I cannot even begin to tell you how much I learned from breaking the software and using it's native repair tools to restore. Moreover were the countless upgrades I put into my old system.

I had the Multimedia version as I distinctly remember the logo sticker it had on the top of the case just above the CD-ROM bay. Similar logo that is on the Multimedia CD-ROM. Don't see too may of those these days but I would sure scoop one up in a heartbeat.

I landed an alternate model a month or so ago, which will have to do for now to cure the itch. I'm with you...I just want it all stock with DOS/Windows 3.1 the way it came from Circuit City when i bought it.

I know the original post is coming up on 2 years but I just got an IBM 2155a-c24 with the same motherboard. The screenshots of this restore have been helpful. I have a question about the 486dx processor. How many pins does it have? My computer has an SX chip soldered to the board with that socket empty for an upgrade. That socket is 238 pins and processors with that many pins seem to be difficult to find. Does your processor have the standard 168 pins?

It was a standard 168 pin. Thebextra pins are for Pentium OD processors.