However, I'm still learning about wavetable cards and how everything works. Are you saying that having the Dreamblaster S2 plugged in causes the GAMEPORT to have corrupted/different data? I would have expected raw MIDI data sent to both the S2 and GAMEPORT and you could just mute (or don't connect) the Crystal output?

Nah, no garbled output. You're right about just turning down the MT-32 if I need the GM music going.
I meant another config altogether - if I want the Sound Canvas SC-88ST (which I would prefer 100% of the time) playing and disabling the wavetable (S2 is fine but not *that* fine), there's no hardware way of doing so.

By the way, if you have experience with PCB design and want to try modifying rasteri's design please let me know. If you design anything I'll pay for boards myself and test them. (I also offered rasteri but I understand he's very busy and his goal seems to be shrinking the PC as much as possible instead of expanding I/O; obviously this is perfectly OK but my goals/wishlist is a bit different) 😀

No, I'm barely able to peek around someone else's design. I haven't spent serious time with PCB design tutorials yet and most aren't targeting circuitmaker. I'd probably adpot EasyEDA to more easily produce files that JLCPCB needs.

I think this has been posted but the USB controller seems pretty buggy. If I connect a USB keyboard it works, but if I connect a USB hub with a keyboard and mouse it freezes the system or causes an "Internal stack overflow".

Are there any clever solutions to convert a USB hub (keyboard+mouse) into a PS/2 dualport? 😀

Yes, you can get one of these adapters:

They work fine, but are quite expensive. I paid ~$50 for mine. Alternately, there is this project, if you're willing to DIY:

it also comes in longer version and in black if you want.
It could mean not having to find a converter solution. I've tested keyboard on USB, mouse on PS/2 and vice versa and it works just fine without issue.

In other news, I've finally:

-replaced my solder blobs on entry fuse with a 6V, trips on 1.8A polyfuse
-Installed my CR2330 (turns out it's this rather than CR2032!) battery on my 2nd unit
-Replaced the microsd reader on one of my units, I also have 2 spares now- no longer have to rely on tape and slight pressure to read my cards
-waiting for my face plate replacement order to arrive on Jan 19th to finally have 1.0 mm thickness

Got my EEPROMs programmed and just got the PCBs in the mail. So excited to start. :3

Still waiting on the Cyrus Logic audio chips and the Vortex86DXs, but they will come in time. That chip shortage really has made these DIY projects a lot harder.

Yes, you can get one of these adapters:

They work fine, but are quite expensive. I paid ~$50 for mine. Alternately, there is this project, if you're willing to DIY:

Is that the adapter you are using? The reviews mention if you use a mouse with a high polling rate (ie. > 250 Hz) that it can miss events, etc?

However, I don't see anything else similar on the market. I'm not afraid of DIY but I can't find a USB-to-PS/2 Mouse library...

I've used a period correct PS/2 (from IBM) , a generic USB mouse and this modern day optic PS/2 mouse you can still get on amazon https://www.amazon.ca/Perixx-Perimice-209P-So … WNrPXRydWU&th=1

They all work fine, never had anything close to 'missed frames' with any of them. I don't think DOS games are designed to something requiring a bleeding edge level of polling frequency.

I've purchased the Tripp Lite 0DT60002 USB to PS/2 adapter and it was ridiculously expensive ($72 on Amazon) but it works perfectly on the weeCee.

I'm using a USB KVM (ie. USB hub) but the Tripp Lite works perfectly. The USB KVM goes into the Tripp Lite and it separates and converts both my gaming keyboard and mouse to PS/2. (which then goes into a PS/2 keyboard+mouse -> PS/2 dualport cable)

Thanks for the recommendation again ajacocks! 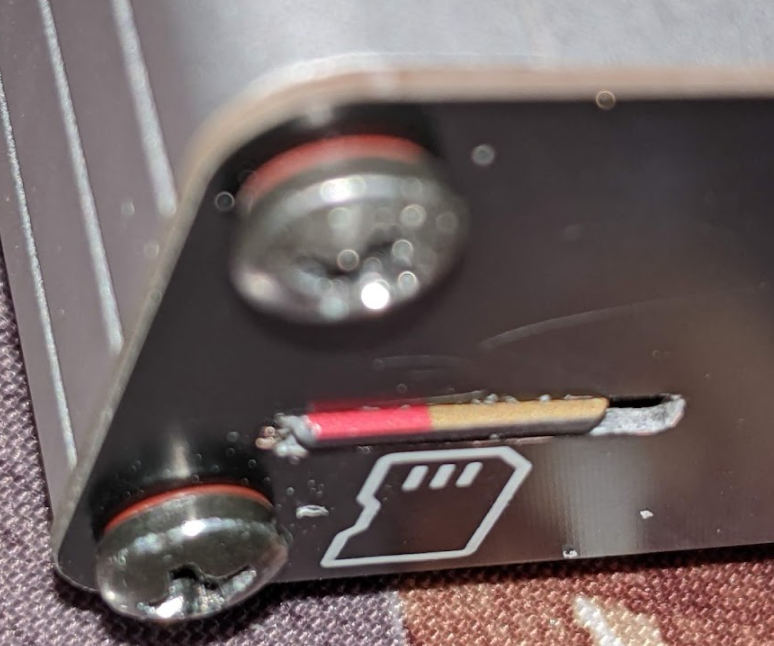 On one of my 2 units, the tolerance is stretched to its limit and I had file the external short side of the microsd hole just ever so slightly so that when I push to eject, it has enough clearance to just barely get out. Before I did it, it would rest on the interior surface, spring coiled and the only way to remove the card was to unscrew the whole plate. It would send the card flying as soon as it found enough give to go out.

I still have to push-bend the plate to help the process but at least it's possible to remove it.

I lucked out better with the other unit and it's much more forgiving.

Suggestion for future builds: just open up the hole a few mms in all directions (mostly up and outwardly). 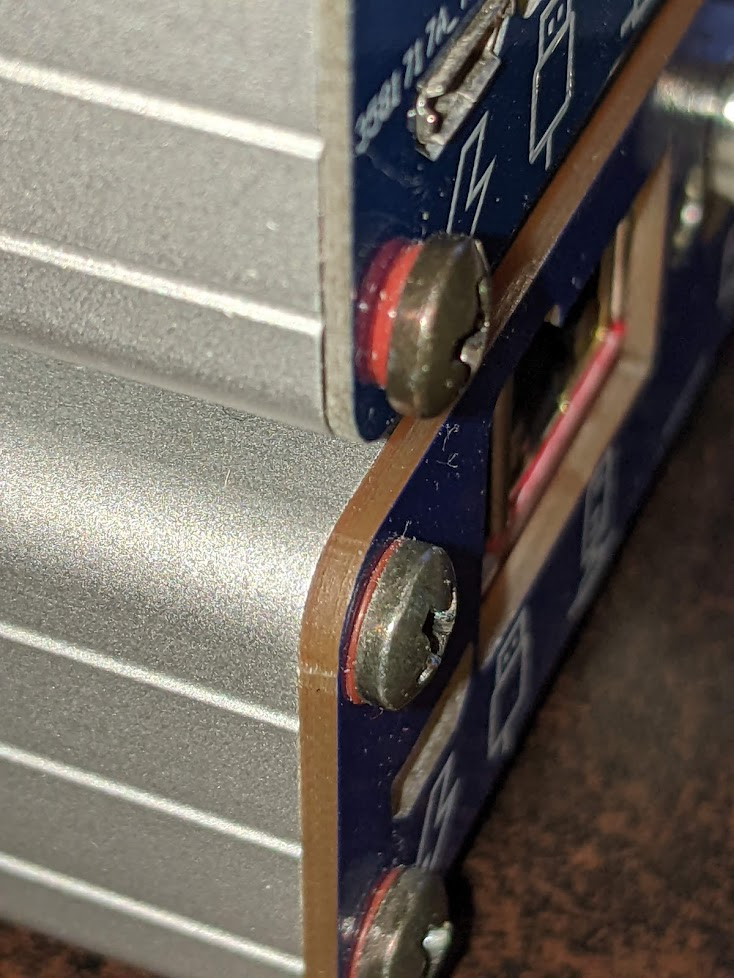