I’ve always wanted to make a build like this, but only now do I think I have all the necessary bits together to make it happen.

The idea is that this one is going to be using somewhat rate parts that were state of art in mid-1992 and it is going to be showcased in a more modern fully transparent case.

The motherboard of choice in 1992 is nothing less than Orchid Superboard 486-33C. It wasn’t the first of local bus implementation, but arguably the most famous one with a single proprietary local bus slot which might look like EISA, but it is in fact an Opti Local Bus system.. 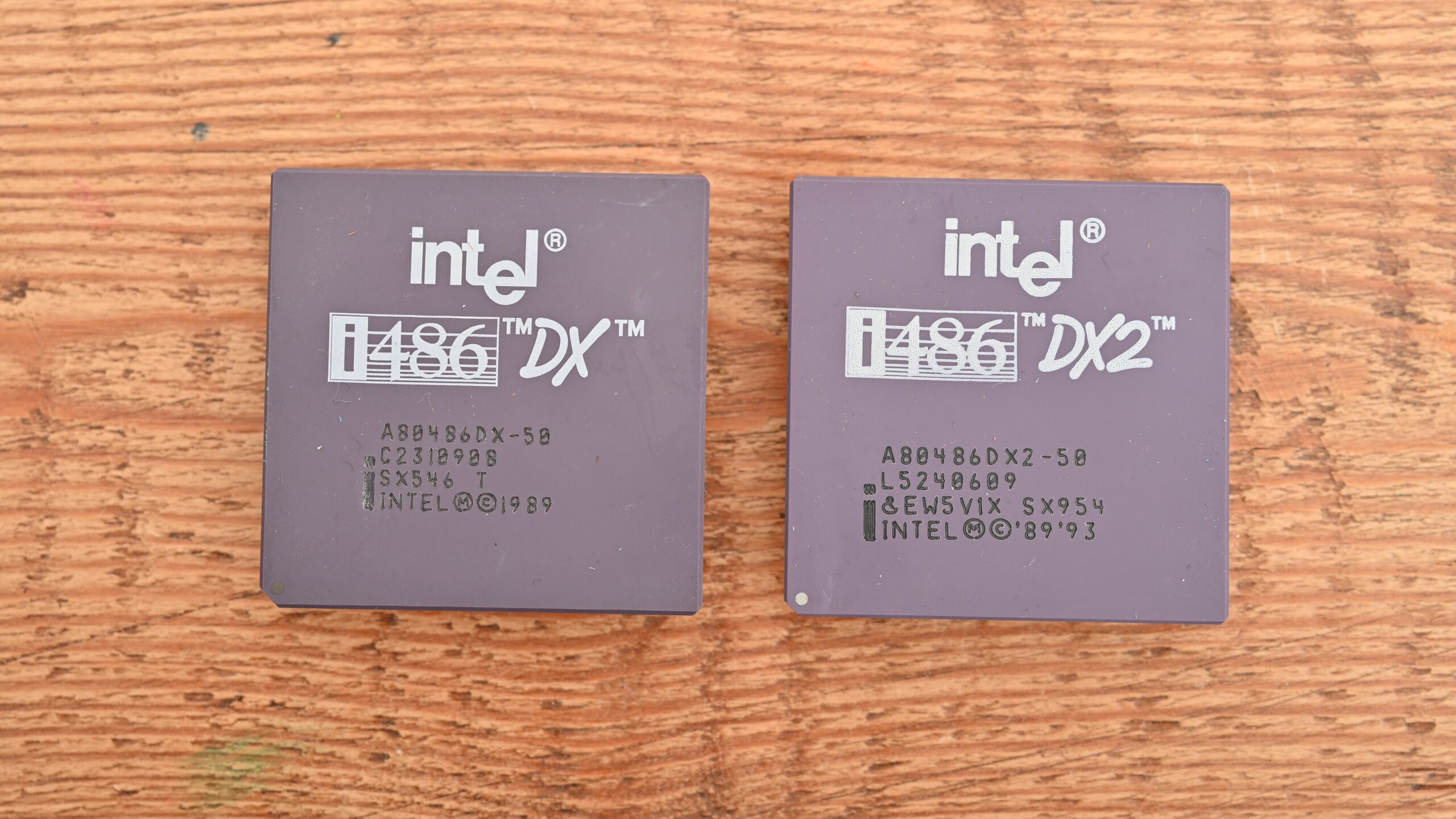 As for graphic card choice.. There are only two types of cards for Opti Local Bus I know about. One design is based on S3 911 and the other one on Treng ET4000AX. They might be appearing on branded cards (Orchid Fahrenheit to Pro-Designer) or clones. My main choice is Orchid Fahrenheit 1280 D which is based on S3 911 controller and comes with 1MB of dual-ported VRAM. The alternative I will be surely testing is a clone Tseng ET4000AX based card which comes with standard DRAM. The expectation is that the former would excel in Windows 3.1, while the latter should be a better choice for DOS. 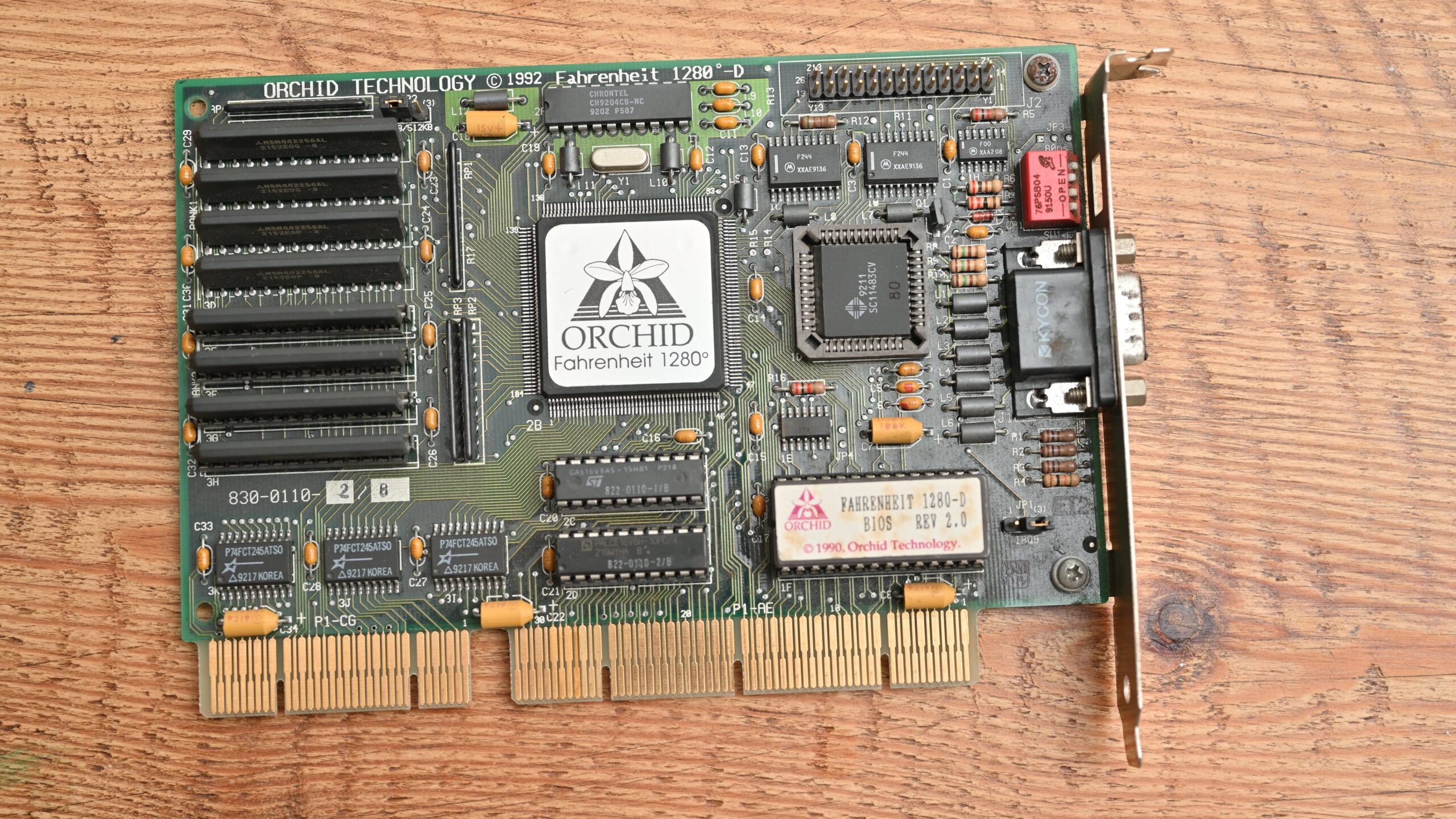 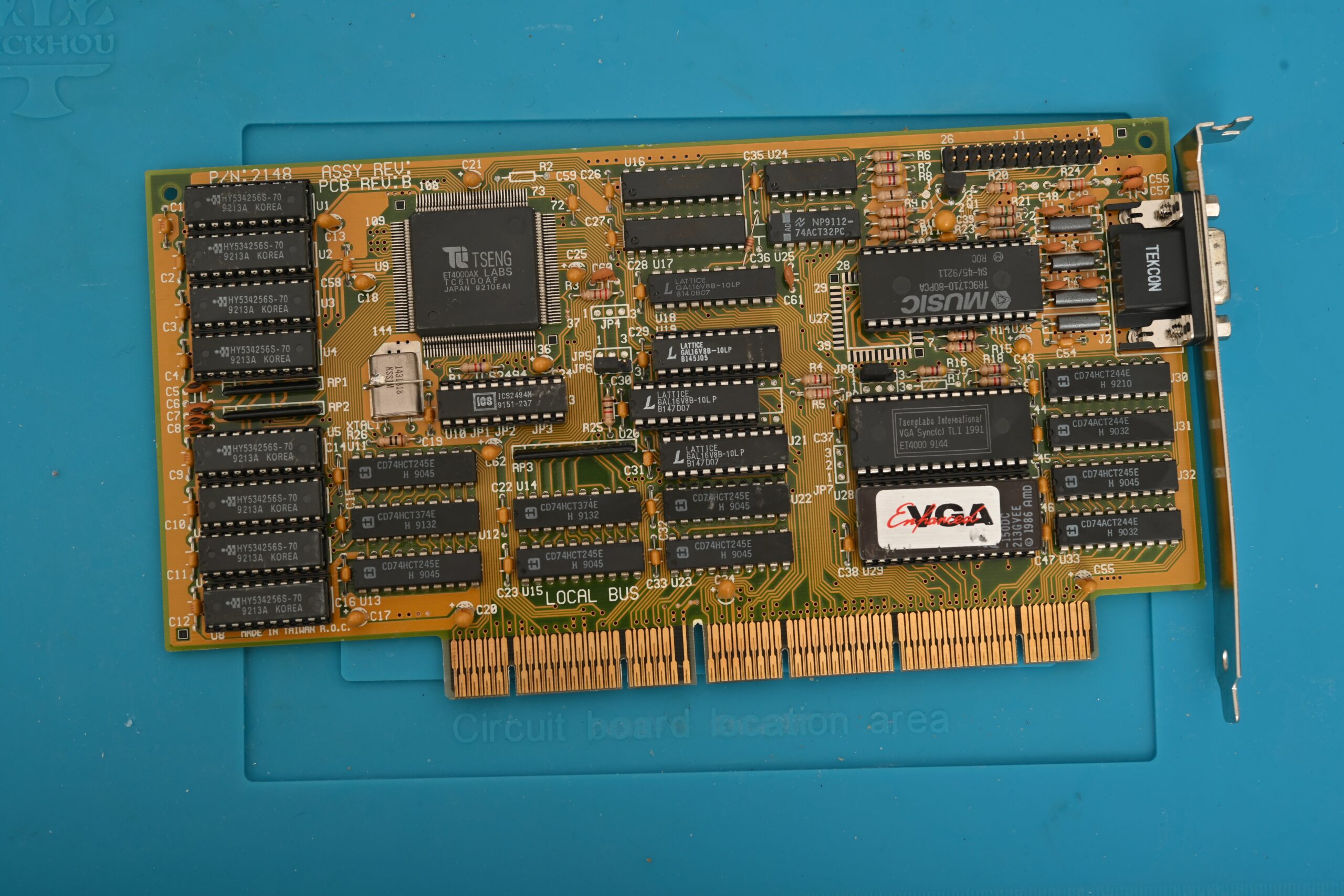 There is only one local bus slot on the motherboard. That means that the storage will have to go to ISA. I am going to use Adapted AHA-1542B which provides a fast enough SCSI-2 interface for my SD2SCSI v5 device and conveniently also floppy controller: 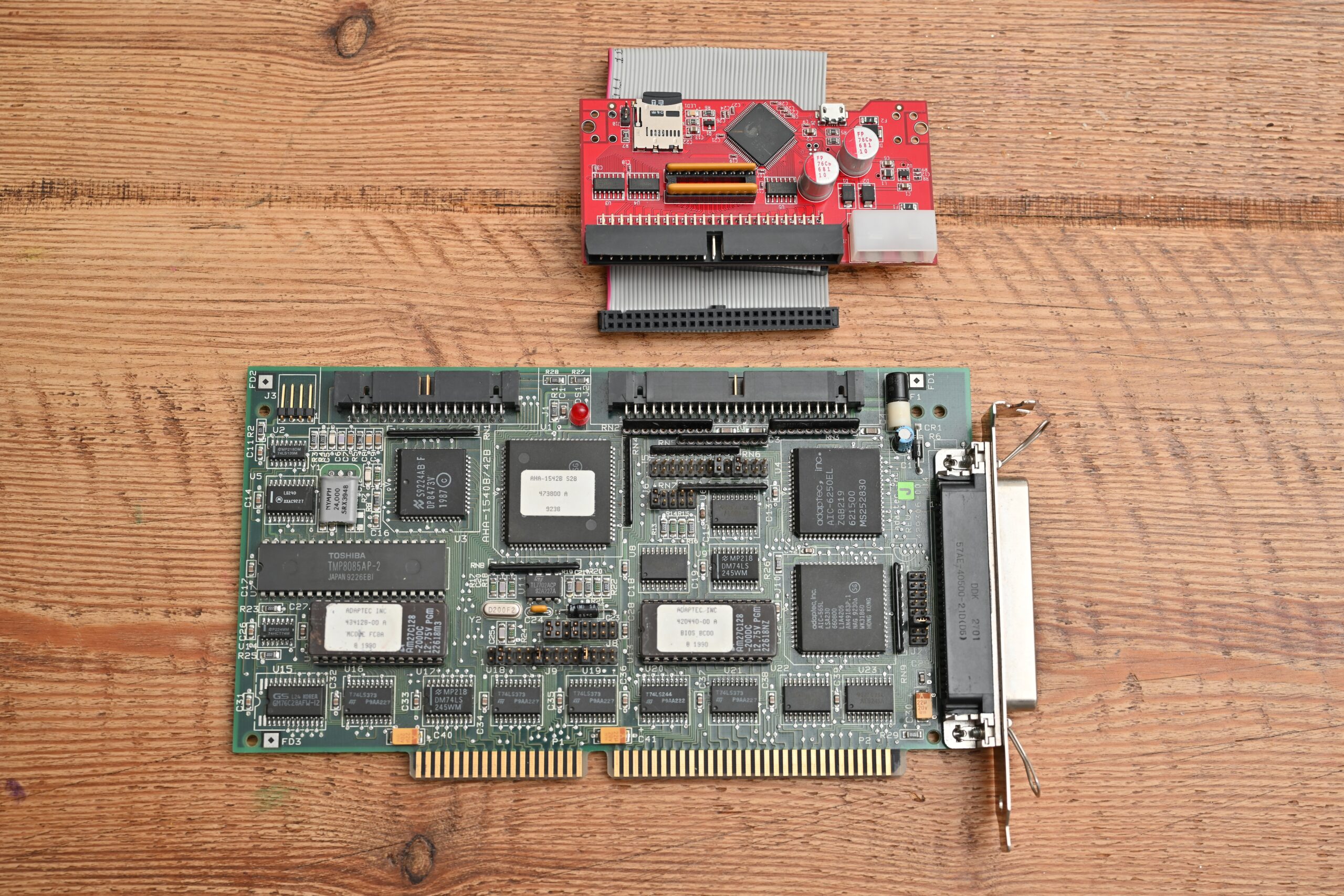 In order to connect a mouse, I am going to use a bus mouse controller card and one of these nice “greyed eye” Microsoft Bus Mouse which looks better than ordinary serial mouse of the era (and no need for a ugly multi IO card). 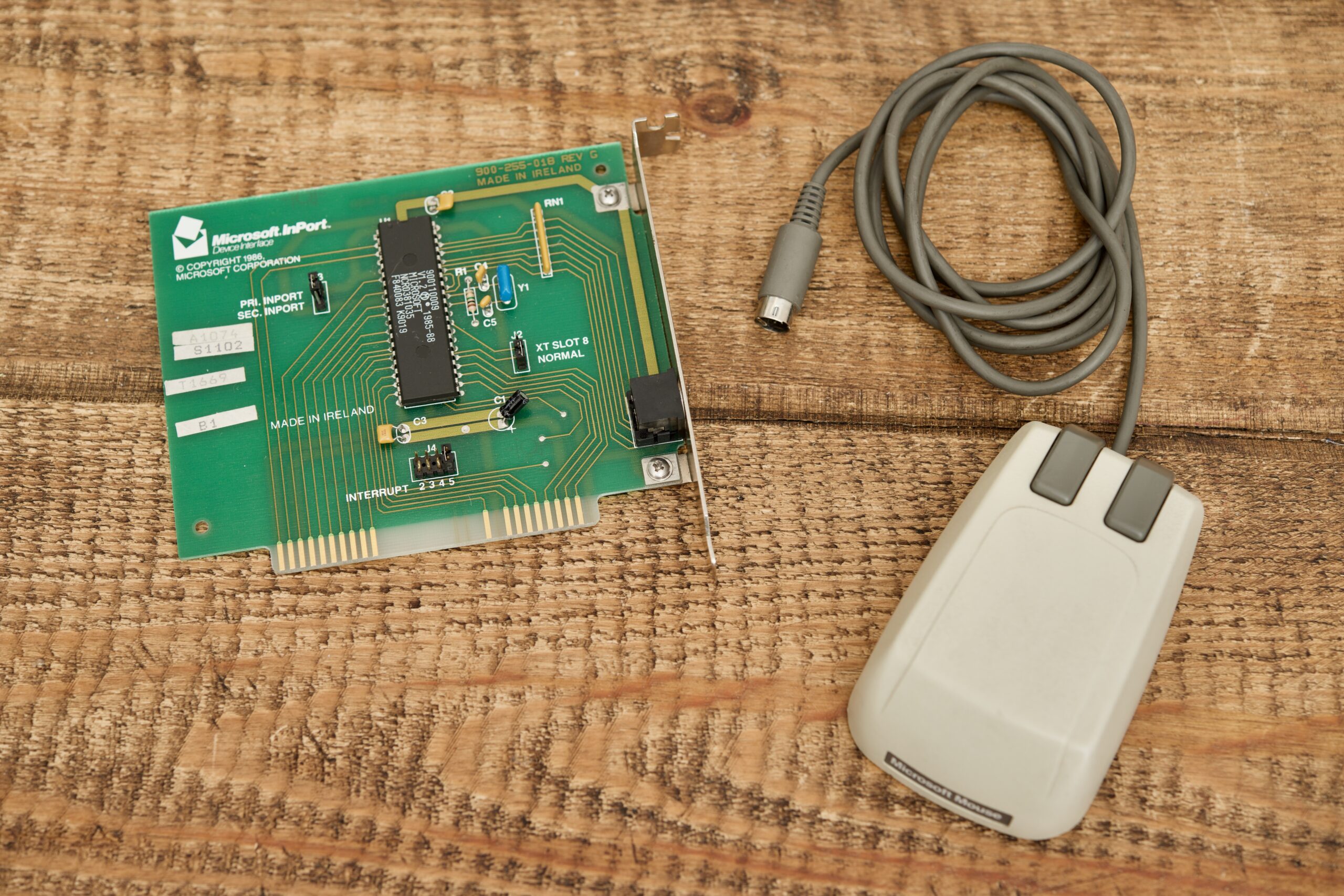 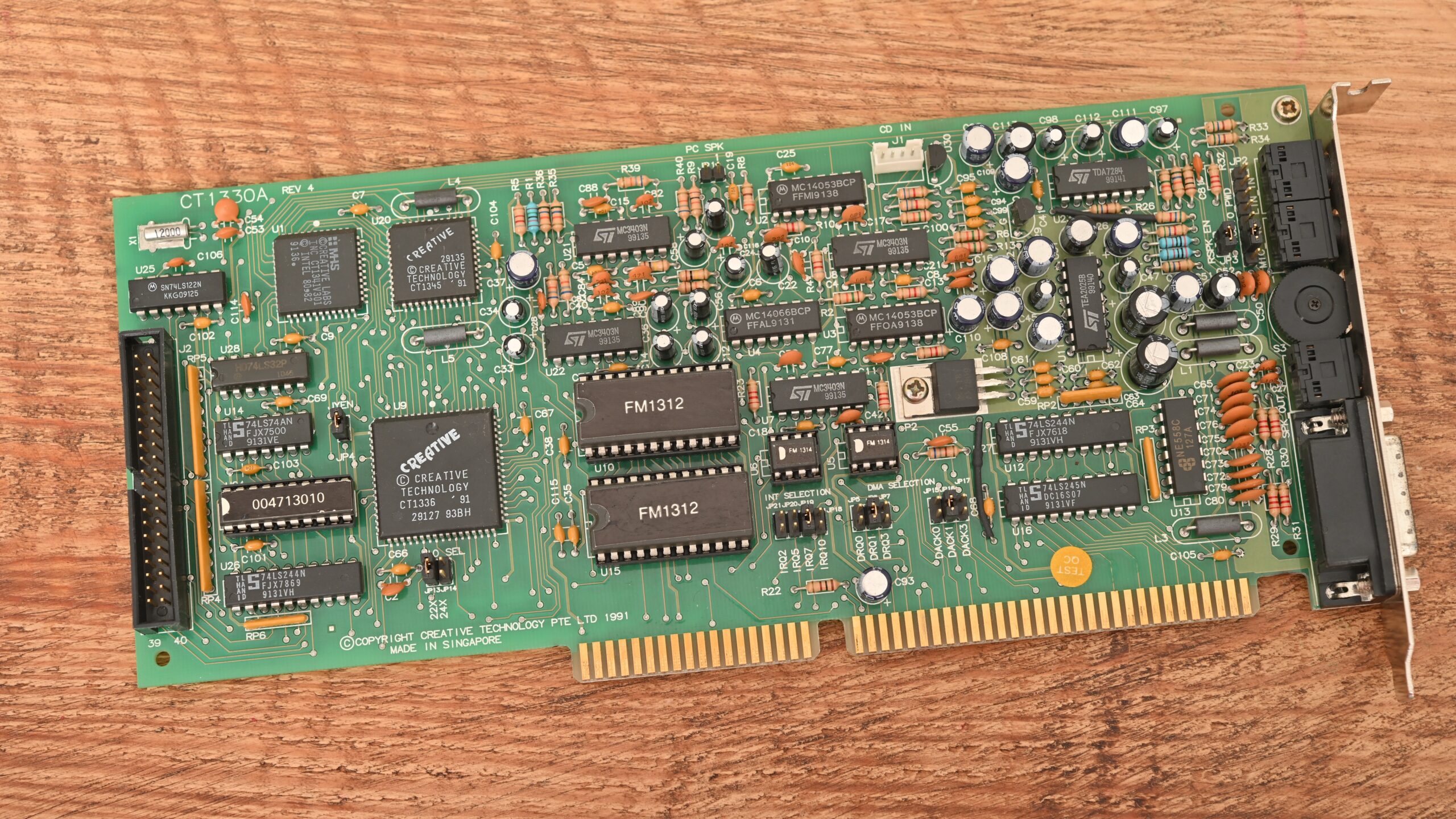 I put everything into my "fishtank" transparent case from Pentium 4 era. I am not sure if it is the final home for this built as it is ATX and it is definitely not period correct, but it is transparent and nicely showcases the decade older 486 parts inside. 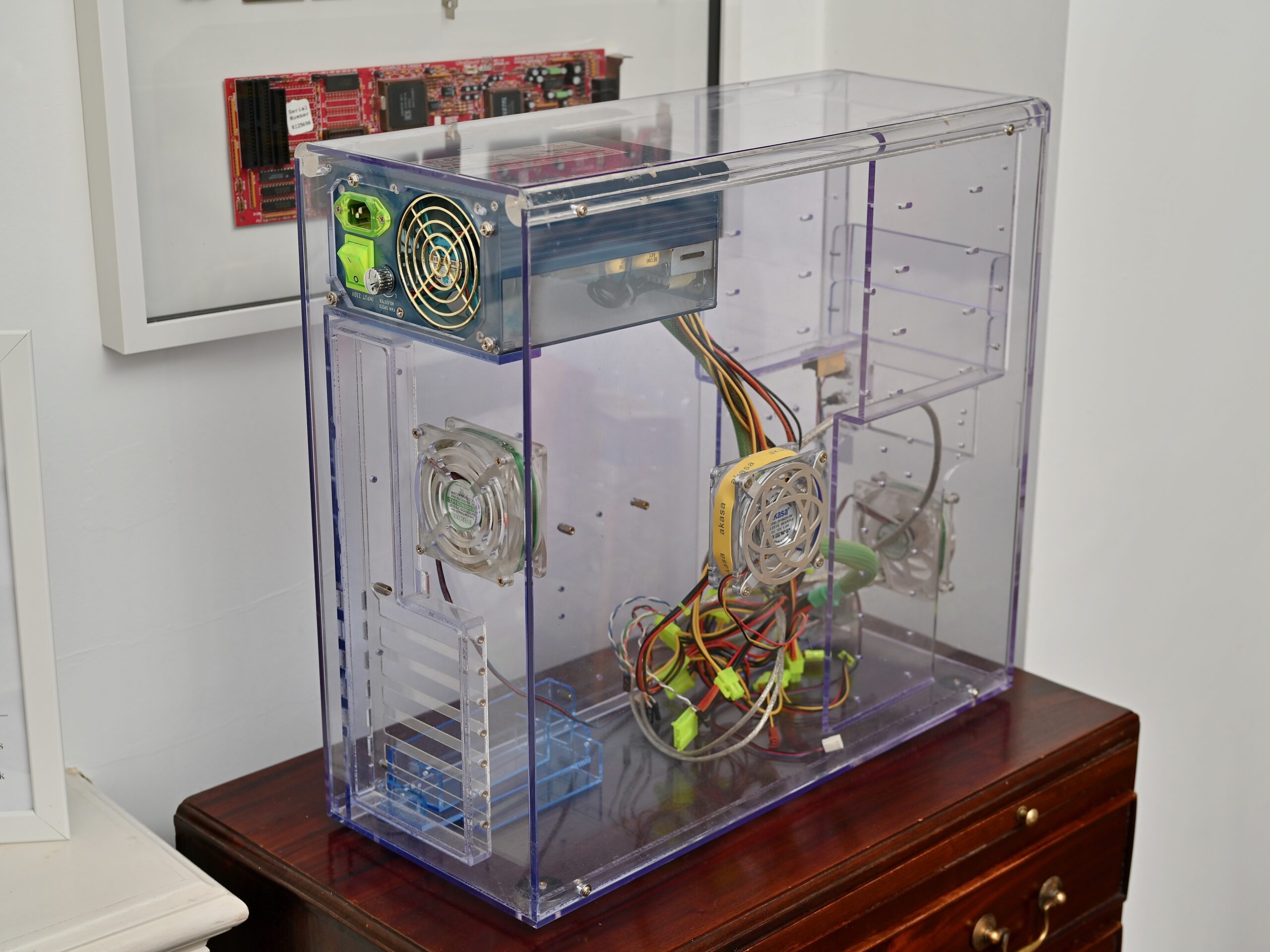 As I am going to use PSU and I am dealing with precious parts I will use my smart ATX2AT converter to make sure that voltages are on their ideal levels, my gear is well protected against shorts (or accidental insertion of EISA cards 😀. Also the converter conveniently creates -5V voltage rail for parts that need it (namely the CT1330A). 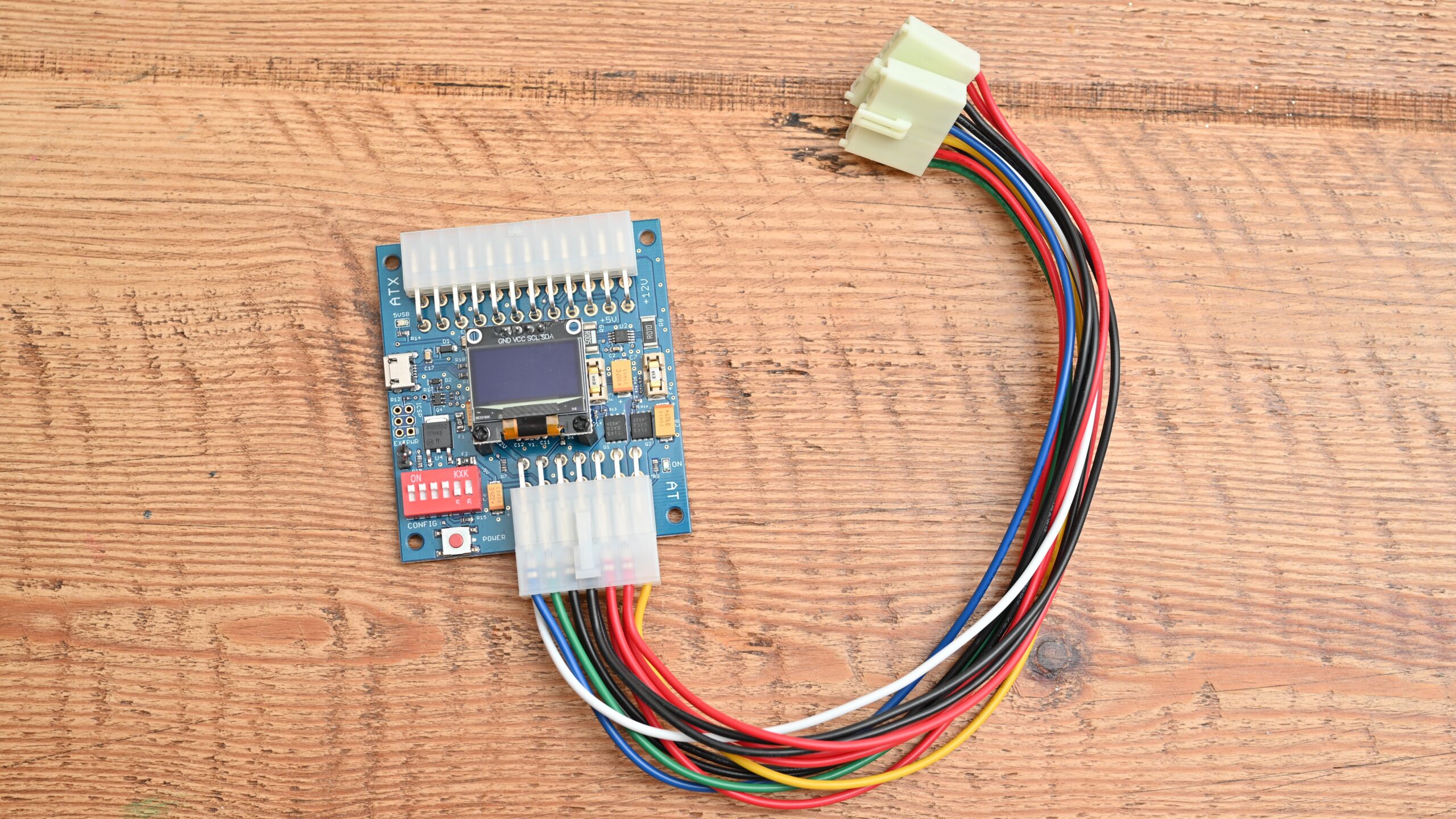 OK. I think that’s it for the list of parts. Now let’s get the build done. I can’t wait to check compare this almost 30 years old system with other contemporary VLB or other local bus systems.

You are building a very unique OPTI based systems, your selections are quite good for 1992.

Very few people could have afforded one but they were around

DX2-50 also existed and was more affordable in 1992, funny thing was dx2’s of all flavors seemed to become more common in 1993

Reply 2 of 14, by Anonymous Coward

Orchid cards had the best looking PCBs. Who's with me on this one?

According to CPU-World and Wikipedia, the DX2-50 was introduced in March 1992, while the DX2-66MHz came out in August of that year. So yeah, it's still 1992 so it works for the timeframe of your build, however it seems that the DX-50 was still the top CPU until mid-1992.

EDIT: still, I look forward to see if you can get the Opti Local Bus cards running at 50MHz, that would be neat!

Cool build. If I were building it I think the only change I would make is to add an Orchid wavetable sound card.

If i can be color coordination picky - that power supply with the fluorescent bits ... 😖

Orchid cards had the best looking PCBs. Who's with me on this one?

The logo stickers give them distinguished look.
Some Diamond models feel more edgy and tight in my opinion.
N9 have their own charm too, a bit kitschy perhaps.

But beauty is in the eye of the beholder.

Wow, what a cool build! Delightful 😀 I love that microsoft mouse with its special card. Also that opti bus is super interesting, never saw that around back in the day.

Very cool! Looking forward to the benchmarks from that Opti Bus 😀

Cool build. If I were building it I think the only change I would make is to add an Orchid wavetable sound card.

I was going to say Orchid Soundwave would look sweet on this system even being a 1994 part. I think it's okay. People who bought PCs in 1992 normally would have got a soundcard and CD ROM as an upgrade in 1994.

Does anyone know what other types of cards orchid made? I have an Orchid Ramquest 8/16, so I am pretty sure they had experience making RAM expansion boards. They made the tiny turbo 286. Did they make modems, multi i/o, NICs or stand alone SCSI adapters?

There actually are two different versions of ET4000 cards for the Opti/Orchid local bus. And there are two variants of the Opti/Orchid local bus. My (likely Elitegroup) OEM Opti Local Bus board has the version of the local bus that is fully 16-bit AT bus compatible, but only support 64MB address space, and requires cards to always accept/provide up to 32 bit, as required by the host processor. You board has the label or 8-bit AT bus, which likely indicates your board has the extended signals for 4GB address space, and cards that only accept/provide 8/16 bit at a time, instead the the whole 32 bit bus width.

Funnily, you have a board that likely provides 8/16 bit local bus cycles, but both of your cards don't require it, whereas my board only provides 32-bit cycles, but I have a video card (bought separately) that requires 16-bit cycles. It would be interesting to find out whether your boards supports mastering on the local bus slot, but I don't know whether there is any card that uses mastering on the Opti Local Bus. Adaptec 2842 controllers are already hard enough to find at a good price - so where would you find a Opti Local Bus storage controller supporting bus mastering?

@mkarcher This is atually interesting that they say "or 8-bit AT BUS".

There is actually a metal pin installed in the extension section of the OLB slot, which physically prevents from installing anything that is not Orchid branded card (or 8bit ISA). 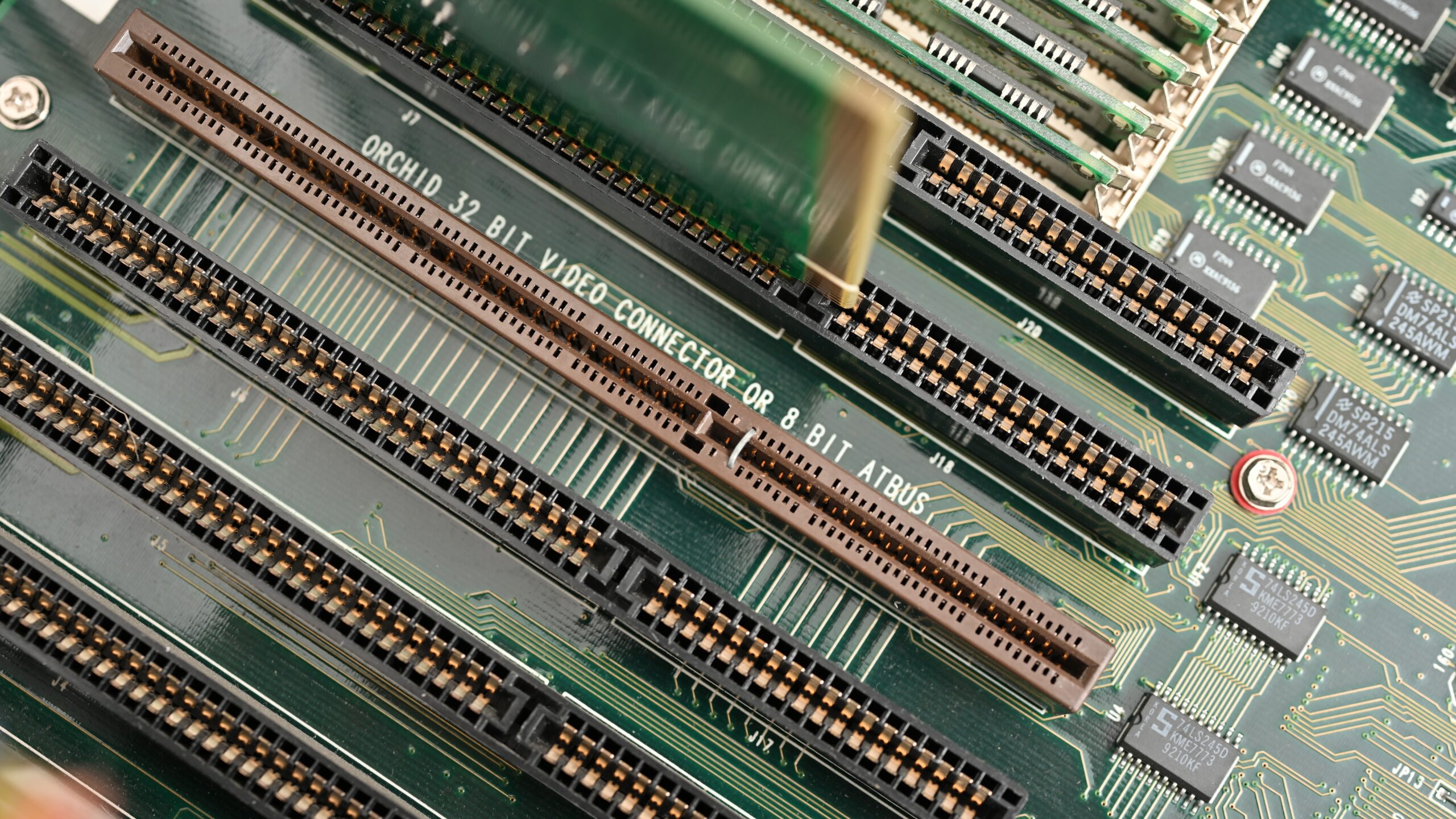 My Orchid branded Fahrenheit 1280° D. cards both have a wider cut between slot section which allows them being inserted. Unlike ET4000AX clone cards which have pins in that area: 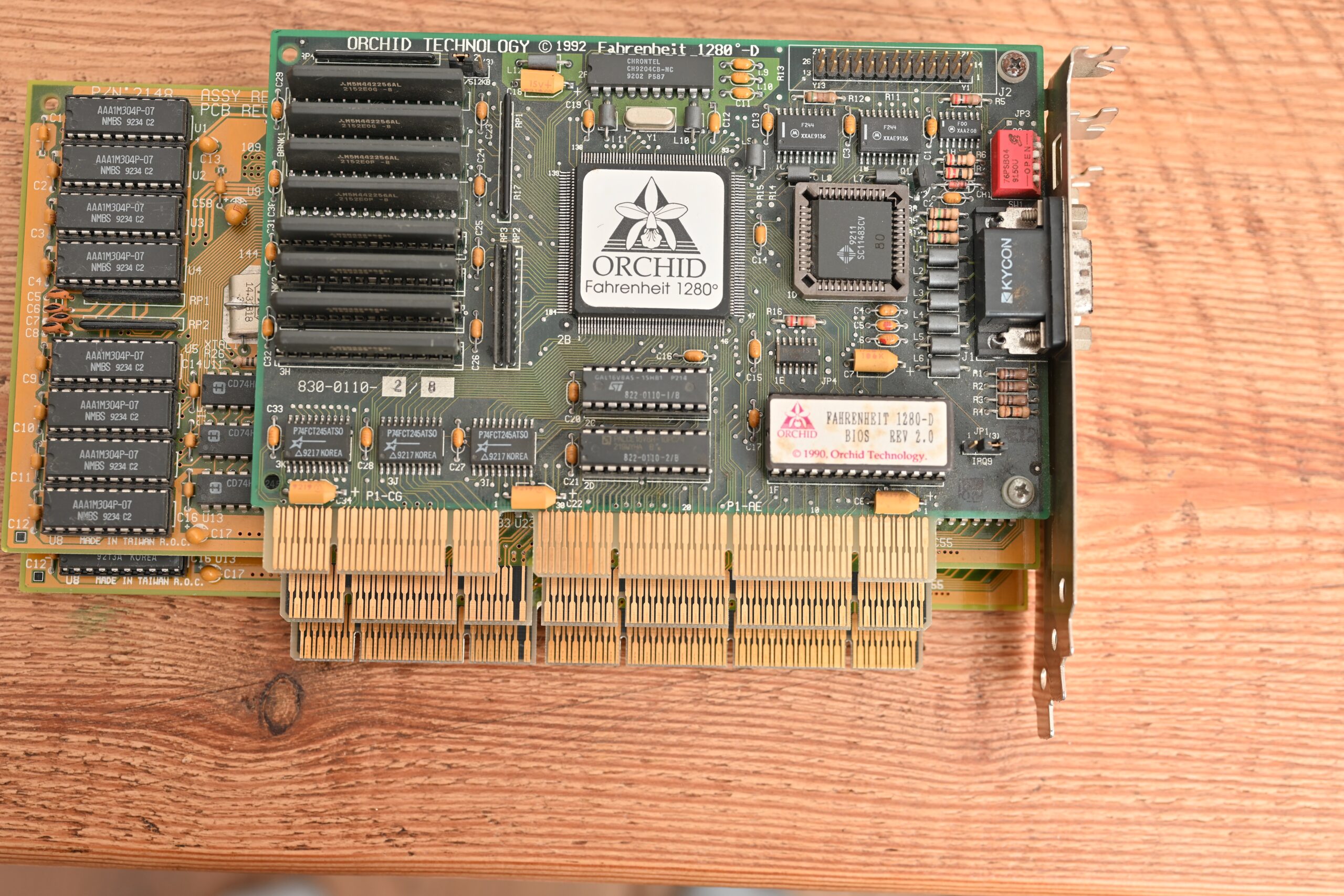 I wonder if the pin from the Superboard can be removed or it is actually there for a reason an the board is only compatible with Orchid cards.

Back in 90's I remember reading about "Opti local bus" as well as "Orchid local bus". Maybe they were actually two separate buses with address space being the factor.

I guess I was too quick in calling it Orchid / Opti bus, although I already read it as being the same local bus. Your Orchid Fahrenheit card can't be Opti Local Bus compatible. It is missing the pins G1, G2, H1 and H2. On the Opti pinout, they include the local bus address bits 6, 7 and 8. The Orchid bus on your board needs to use a different pinout. A graphics card without these address bits can not work.

Opti weirdness, Bus mouse DX2 50.
I like it, its not the standard VLB DX2/66, serial mouse that everyone (including me) builds