This is so the few OS X users test how the 64bit build is behaving. Please report any problems here! 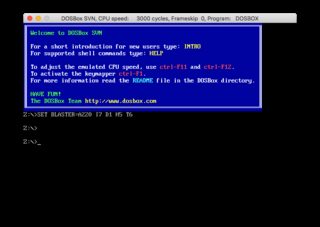 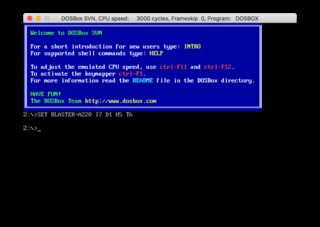 that's odd, can't reproduce this 🙁
What system are you on?

It happens only on normal resoltion, not in HiDPI. 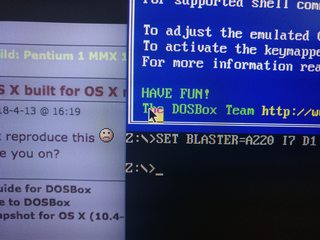 and i am on Hackintosh(not real mac hw)
with macOS High Sierra 10.13.3

i suspect that it is some kind of bug in SDL

Yes, likely a bug in SDL 1.2x and your system in some way. You could test this: open the app (in Finder right click and "show package contents") go to the contents folder and edit info.plist in an editor. Remove the lines

and then right click on the app again and force 32bit. iIf it still misbehaves then we know it is not the 64bit but something else.

Running it in i386(forced 32bit) didn't seem to help. I think that it is SDL bug with Nvidia Web Drivers. I will test it on other machine with Intel/AMD switchable graphics.

on my buildbot machine also no problems. I fear that might be an unexpected hackintosh problem 🙁
(most likely caused by SDL 1.2x, though)

I have tried a range of games and they appear to suffer no perceptible slowdown, including a bunch of Sierra AGI and SCI adventures, Rebel Assault 2, Decent 2, Grand Prix 2, TIE Fighter Collector's CD (SVGA rendering), Conquest of the New World Deluxe (SVGA), Lands of Lore 2, Doom 2, Dark Forces and most of the LucasArts adventure games.

There are three games I have tested where I think there is a performance related issue - Warcraft Orcs and Humans (CD version), Warcraft 2 (CD version) and Space Quest 6. Everything seems to run well within the actual game in WC1 and WC2 except when moving the mouse either very slowly or very fast on the main menus. This causes the music to noticeably slow down and start to lag (regardless of sound configuration). I have no idea why this happens, but I suspect it is performance related because it does not happen in the 32 bit build. I tried running both games in DOS32A but the same thing happens. In Space Quest 6 the same issue occurs in the main menus at the start of the game. Moving the mouse in a certain way seems to slow down the music, and it speeds back up again when the cursor stops moving.

In some games where this sound lag issue occurred, such as Conquest of the New World and Pirates Gold, I found that switching to alternate machines such as svga_paradise or vesa_oldvbe fixed the issue, but none work in WC1 and WC2.

Oh yes, I also had the PC speaker in Vette distort very badly in the intro scene music, but switching machine type to EGA (instead of svga_s3) fixed it. Again, this does not happen in 32 bit.

I am also getting the mouse cursor with the block around it - but never in full screen mode. Since I never play in windowed mode it does not bother me.

I have tried a range of games and they appear to suffer no perceptible slowdown, including a bunch of Sierra AGI and SCI adventures, Rebel Assault 2, Decent 2, Grand Prix 2, TIE Fighter Collector's CD (SVGA rendering), Conquest of the New World Deluxe (SVGA), Lands of Lore 2, Doom 2, Dark Forces and most of the LucasArts adventure games.

Are you running with CPU core normal or dynarec? The problem with 64-bit build is the missing CPU core dynamic_x86, which gives the best performance for games that needs it, especially those 32-bit protected mode DOS4G/GW based games or running Win98 games with accelerated 3D either through glide pass-through or 3Dfx chip emulation.
I can only get dynarec to work in Linux, to be specific Ubuntu 14.04LTS. I can't get it to work on WIN64 compiled with MSYS2/MinGW-w64-x86_64.

the 64bit dynrec core is working on the 64bit OS X built. It has a slight performance loss (both on Linux and OS X) but it's not so bad as I thought for a long time (I didn't measure with optimizations)

Good for MacOS. I revived an old thread of mine, hoping to get some attention to get WIN64 build with MSYS2/mingw-w64-x86_64. Windows has a different 64-bit data model. Although dynamic_x86 is substantially faster than dynarec ( Yes, it is substantial, but with i5 or i7 class system, not so bad, still better than normal), the goal of 64-bit build is to keep the longevity of DOSBox for retro gaming into the 64-bit era.

I take it that if I am testing with the SVN snapshot by Dominus (or the gs11 build) and use core=dynamic in the dosbox.conf file, then I am using the dynamic x86 core?

I am finding that core=dynamic is working for most games and there are only a few older ones that require core=normal.

It sounds like if dynamic x86 is suffering from a slight performance hit then dynrec would be even slower?

If I want to test with dynrec anyway, I assume this can only be through disabling dynamic x86, but I am not sure how to achieve that because the build by Dominus is pre-compiled and the gs11 build compiles from a prepared shell script. Can dynrec be enabled via the dosbox.config file?

in general core=dyamic gives you the best performance. Core=auto will switch automatically to the needed core.
Dynrec means the same as dynamic, in 64bit this is slower.

in general core=dyamic gives you the best performance. Core=auto will switch automatically to the needed core.
Dynrec means the same as dynamic, in 64bit this is slower.

Thanks for clarifying that. 😀

Generally, I am finding that the slower performance is not noticeable on the i7, and even on late era titles with SVGA I can tweak the settings in most instances to make it work well.

Once thing I have not tested yet is games that support 800x600 or higher or glide/3D acceleration (if supported in this build?).

On my old Core 2 Duo MacBook the EGA and early VGA era titles all work quite well in your SVN snapshot. Again, the slowdown is not really noticeable. However, on that machine there is definitely noticeable slow down when I get to games like TIE Fighter and Decent (in fact those ones are too slow to be playable).

The Core 2 Dup Macbook, does it behave better with the 0.74 release of DOSBox?

I'll have to tweak the SVN built: currently it FORCES 64bit on OS X 10.11 and upwards. But I shouldn't force it because then you can quickly switch between 32 and 64bit (via right click in Finder, selecting information and then selecting 32bit - but I need to tweak the Apps's plist)

The Core 2 Dup Macbook, does it behave better with the 0.74 release of DOSBox?

Good point. I tested TIE Fighter at SVGA resolution in the 0.74 release on the Core 2 Duo and it works fine. Switching back to SVN 64 bit and the frame rate drops so low it basically hangs. So that one was definitely a performance issue in relation to the 64 bit code and not the processor on the MacBook. As mentioned above, the i7 seems to be fast enough to compensate for the performance hit.

I found I had made a mistake with Decent 2. I changed to vesa_oldvbe and it works fine now on both 0.74 and SVN 64 bit - so no performance hit with 64 bit.

Warcraft 1 and 2 suffers from the sound lag in 64 bit on the Core 2 Duo, and just like on the i7 when I switch back to 32 bit it goes away. So that sound issue seems to be performance related to the 64 bit code, and not even the much faster i7 can resolve it.

Thanks for testing so thoroughly! This should give the devs some pointers. The more you test the more clues they will get.