Super cool work here. I've been wanting this for a while. The source code to Pinball Fantasies was released a while ago <https://github.com/historicalsource/pinballfantasies> but it's A) 16-bit assembly and B) incomplete. Clever to just solve it at the Dosbox layer instead..

I've got my mind set on something else now though. I've thrown a Stones n Bones screenshot through one of those image enhancers (Deep Image) and wonder how to get it back into the game. 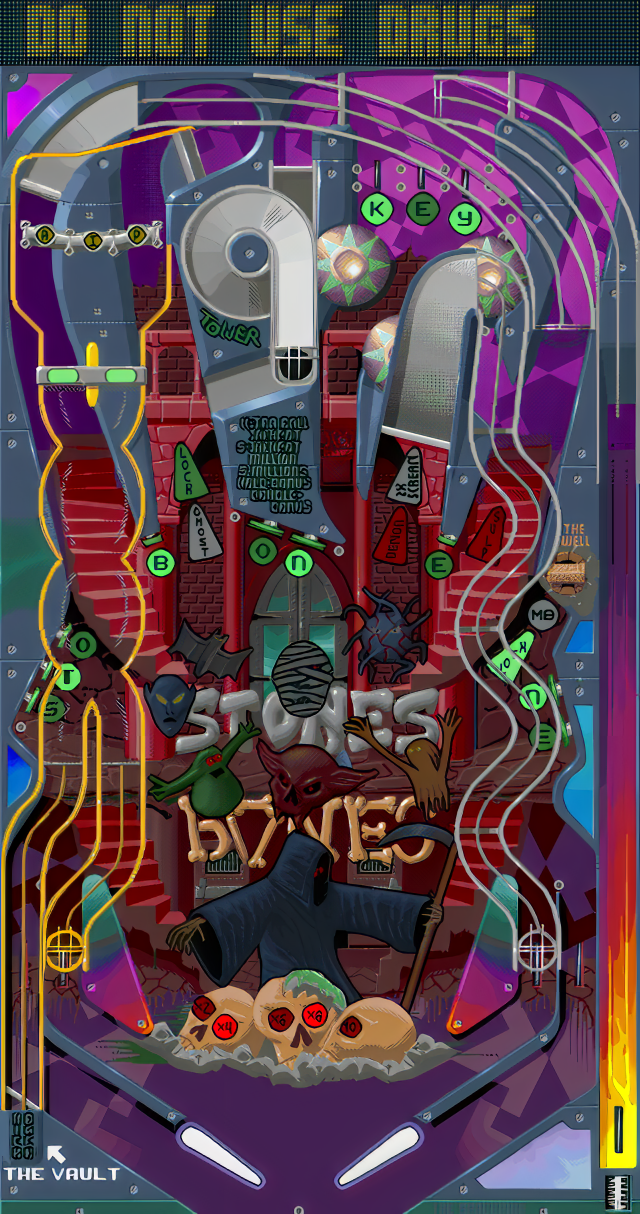 Needs some more polishing first, the algo doesn't know what to do with the dithering effects for example (see first attempt at https://ain.teonite.net/neuroapi-store/2021-1 … d998a10cf8b.png). I'm wondering whether one could just run the game inside Dosbox but independently render the table by spying on state inside the Dosbox: Palette for all the states of the lights, monsters and texts (assuming they all are palette based), scroller pixels..

Bigger challenge may be to figure out where the ball is and especially, deal with it being a little 3-dimensional. Can't just overlay the ball everywhere, it can sometimes be either behind or above something. But once you figure out where those coordinates are in game memory, wh0 knows. 😀