Got this Tyan S2460 motherboard along with cpus and coolers for 25€. I was told it works, i sure hope so it does!

i had something similar, not sure if this model; anyway the memory access was so slow that even my single cpu board with the same cpu was running ut4 visibly faster than this; would You share 1-2 synthetic benchies?

There you have some Passmark tests done, and a few other systems to compare it to.
This was a pain to install windows, mostly because the IDE controller is remarkably picky with the harddrive and cd\dvdrom combination. And when it was all set and done, by simply adding a realtek 100Mbps ethernet pci card, all IDE drives would disappear from the bios. Gladly i was able to find a good match. This reminds me of the hassle that setting a dual pentium 3 coppermine also was...

Bought a couple of Thin Clients today on eBay. Something I'd been itching to do for some time - to buy a Thin Client and use it as a low powered PC setup for diagnostics and retro gaming. But when I bought the first one, I got inspired to look for something a little older and hopefully DOS compatible too. Hence I ended up buying 2. Why not, as they seem to be going fairly cheaply at the moment. 🤣 I see a lot of people have taken up the idea of converting them into retro gaming systems too.

My biggest priority and the original reason I decided to get a Thin Client, was that I needed a Serial port so I can share disk images across to my XTIDE Universal BIOS equipped systems. My main PC doesn't have any Serial ports (plus, I had trouble getting a USB to Serial adapter working properly) and it'd be inconvenient to use another PC, so a Thin Client is ideal!

Not my pictures, as they obviously haven't arrived yet, but - VIA Nano U3400 800MHz (or could be the upgraded 1GHz model, won't know until it arrives)
1GB DDR2 RAM
1GB CompactFlash Storage (Plus it has a 44-pin IDE slot in addition to the CF slot)
VIA Chrome9 Onboard Graphics
VIA VT8251 HDA Audio (no idea if this model will have SoundBlaster emulation, probably not)
Onboard Gigabit Ethernet

I've ordered a 32GB CF card for this and will dual boot Windows 98 SE & Windows XP. VIA C7 1.0GHz
128MB DDR RAM (I have spare RAM to upgrade this with)
128MB IDE DOM Storage (Will replace with an IDE to CF adapter and install a 1GB CF card)
VIA UniChrome Pro Onboard Graphics
VIA AC'97 Audio
Onboard Ethernet

I think this might be running Windows XP Embedded. Not sure. When I've replaced the DOM I'll probably install Windows 98 SE.

Though I might experiment with installing Windows 95B onto the 128MB DOM and then use a USB External HDD for storage and for booting into DOS. With the use of Disk Compression, it should just about leave 95B with enough room to breathe.

Your pc looks very similar to this one: download/file.php?id=57684&mode=view Nice find.

Your pc looks very similar to this one: download/file.php?id=57684&mode=view Nice find.

Definitely the same case. I suspect the innards are a bit older, as the HDD is only 120MB, and the 32MB max RAM in this advert suggests a different motherboard than my 12-SIMM beast, which should allow 48MB. The build quality of the case is remarkable - not just thick, heavy steel parts, but also little details like the front panel having metal clips instead of the usual plastic ones that break off as soon as you even look at them. Only problem is the floppy drive - it actually came with one, and it looks original (exactly same level of yellowing as rest of front), but for some reason the mounting slider brackets are missing. Have to dig up some more, or improvise.

Sellers photos as waiting for delivery. 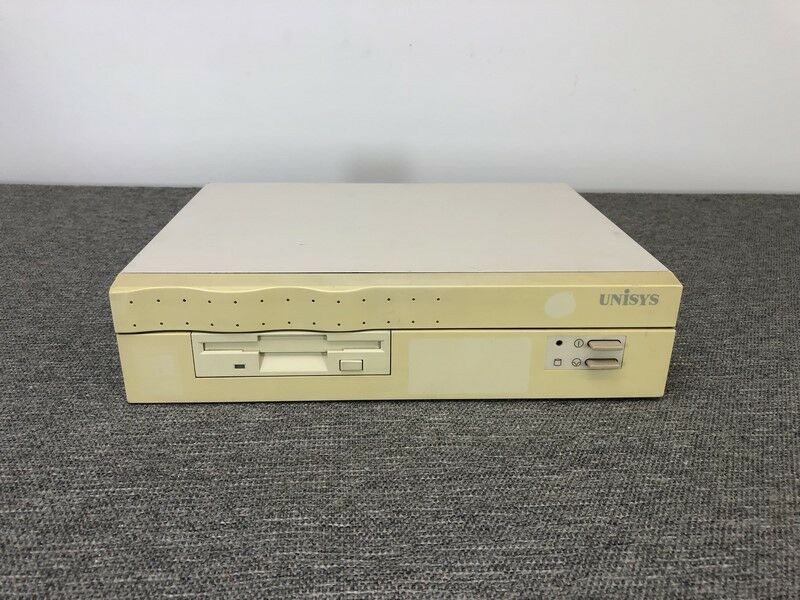 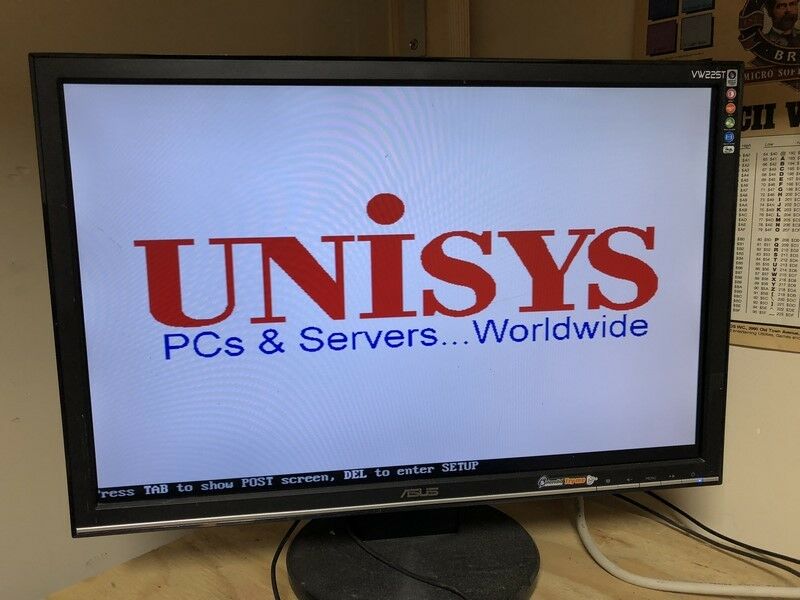 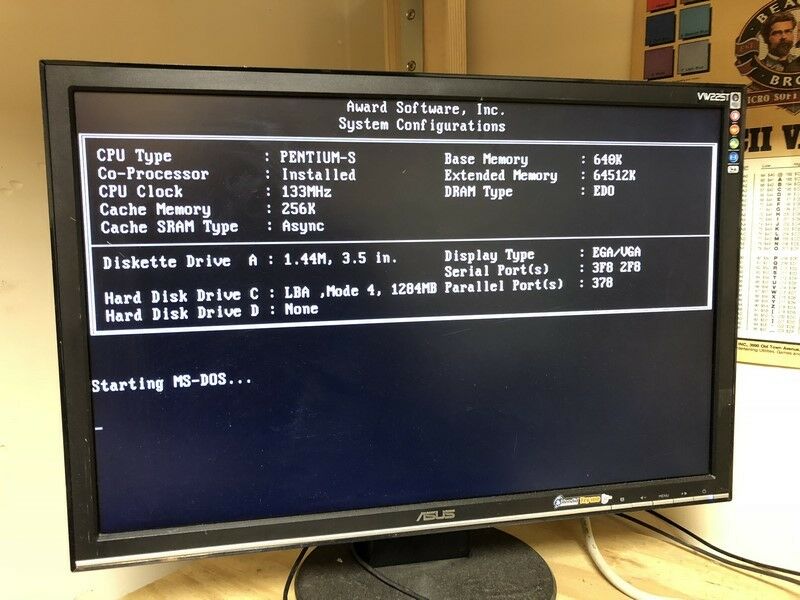 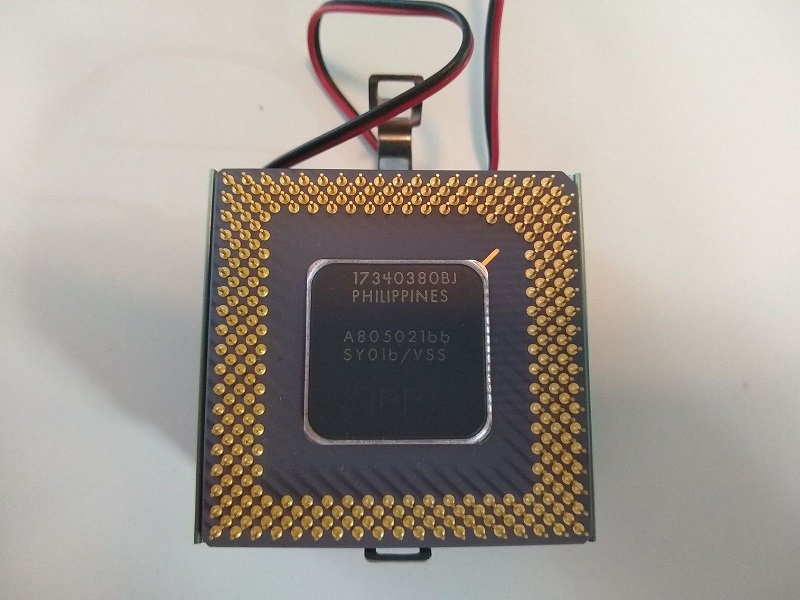 Bought a Unisys Aquanta SC and a 166mhz pentium to max it out? already has 64mb of ram which is the max I believe, only other thing that I could upgraded on it is the cache as the motherboard will accept at least 1mb. (chipset supports up to 2mb)

Then I just need to see what I can put in the isa/pci slot. 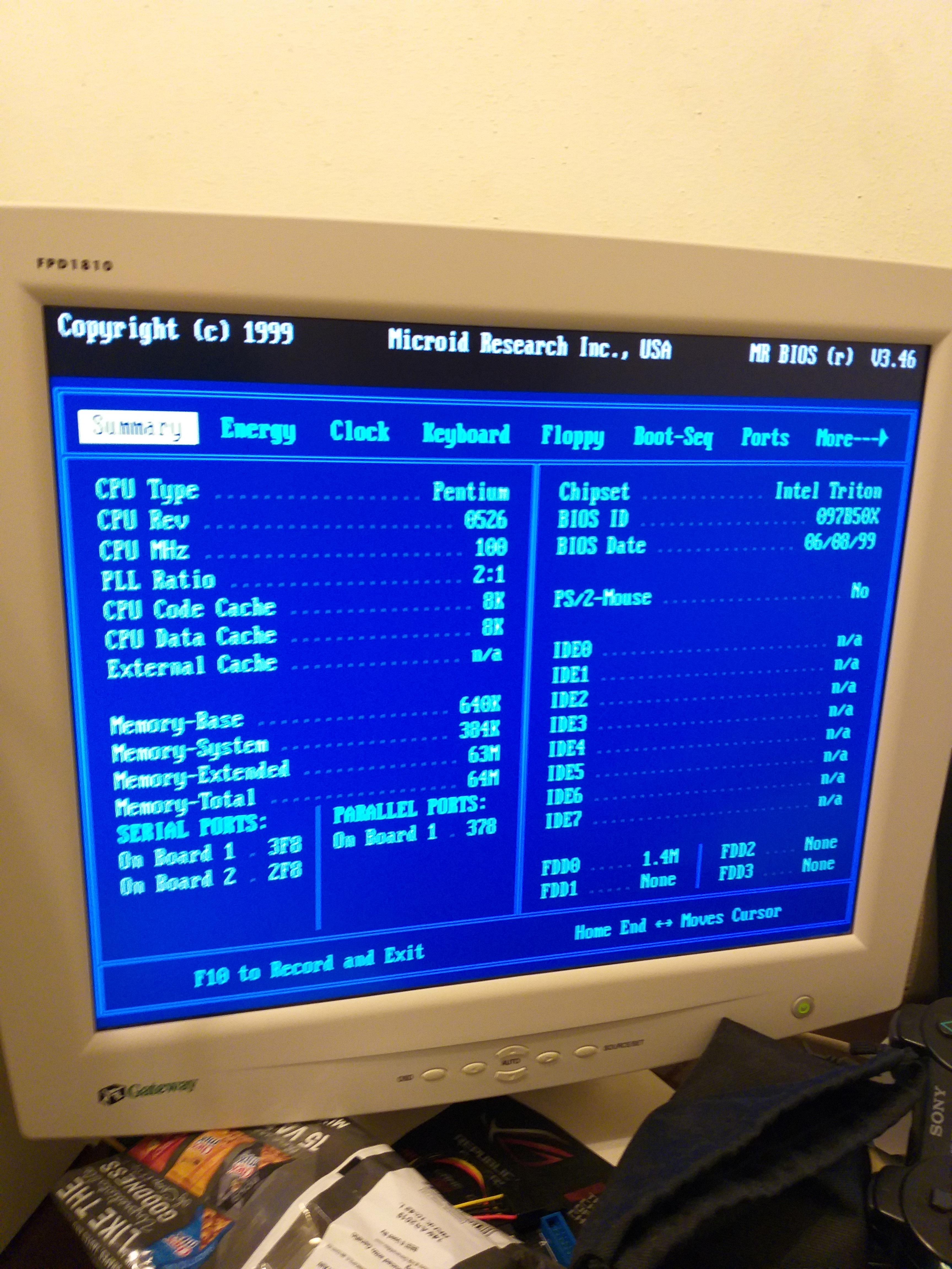 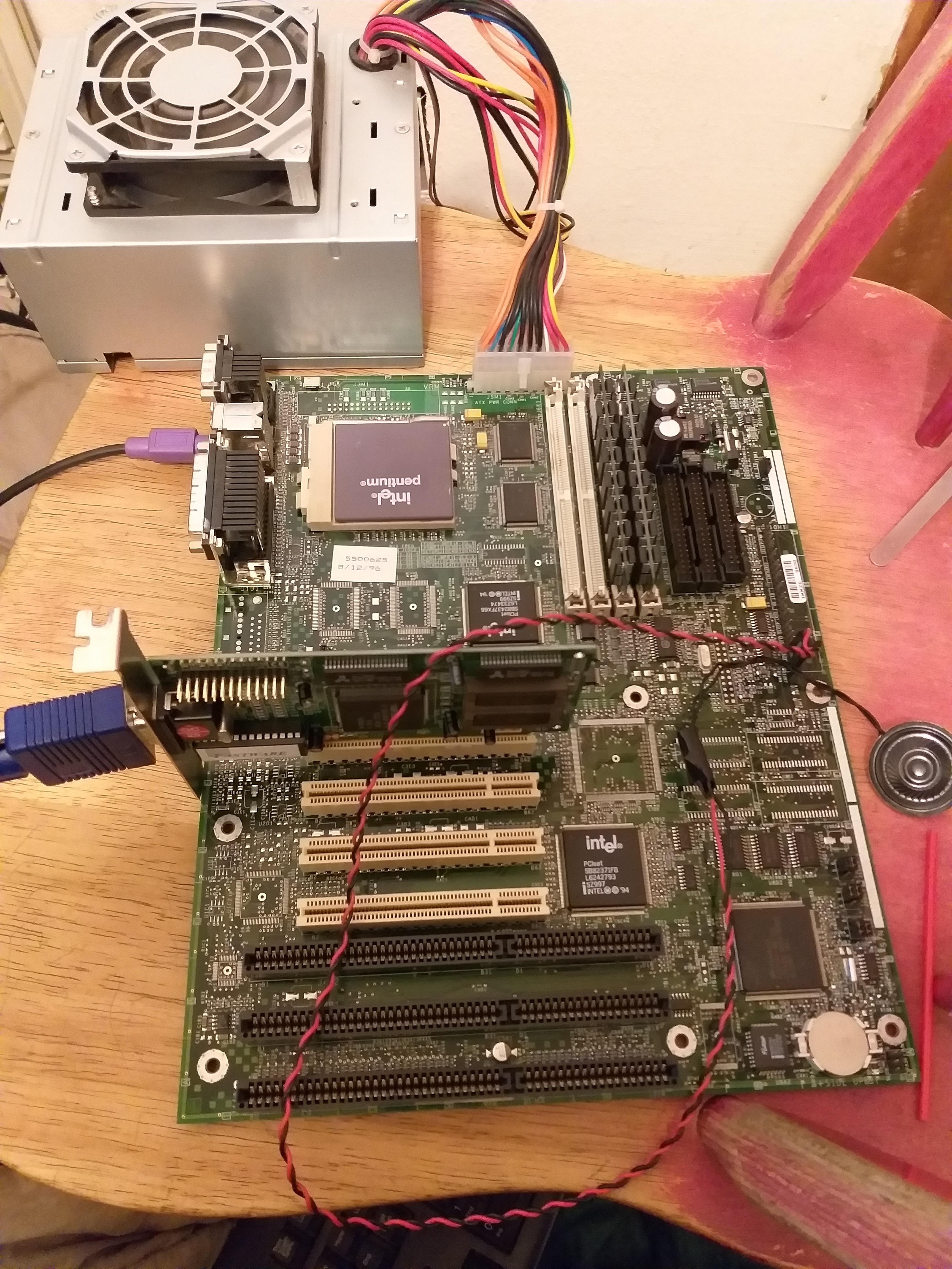 Those from the main store downtown?

Those from the main store downtown?

Nah, the one on Pembina. I keep forgetting about the downtown store, I need to check it out.

These came in the mail today:

I bought the motherboard thinking it was a DX40, I have to say the SX40 was a bit of a letdown but I guess this at least makes it quite distinct from my U5SX build, chich the DX40 would overlap a tad too much with. This might make an ideal PC for early Sierra etc. games. I removed the barrel battery right away but there was some acid corrosion damage regardless. I intervened with abundant vinegar and then washed it away and wiped it down, but there is visible corrosion on some lanes still. Not enough to warrant a jumper in my experience but I will check for continuity soon. sız çalışabileceği yönünde:

I couldn't find the make or model of the motherboard no matter how hard I tried, the only visible markings are VER1.1 on the front and E98641 and FU YU 20 V0 on the back..

The seller also threw in this riser along with the lot, no idea what kind of PC it belongs to. The only model number I can see on it is TY-01, so I guess it might belong to a Tyan board_ I will keep it in case I need an ISA riser for an XT motherboard some day.

Just received some W27C512 chips. When i get them cooked, i hope i can revive my dead 486 motherboard. 😀

Had my "supplier" do a stock check to see if he had anything left that I would be interested in.

So I put an order in and am now awaiting their arrival. No idea at all what the exact cards are, but if they are anything like the last cards I got from him there will be some good ones.

Edit: Also bought about 4 10-ream printer paper sized boxes full of stuff from somebody that was clearing out their old stuff while moving. Not exactly sure what all is in the lot, but they did mention
PCI, AGP, PCIE video cards and floppy drives.

Labels I could read in the picture also showed optical drives, cables, etc. Pictures showed some sound cards, a couple keyboards, and a USB drive dock.

Will be interesting to go through the stuff when it gets here. Hopefully there are some goodies.

Continuity is fine on all lanes that had corrosion, it should work fine.. Yay me, for my first 386 motherboard. I still have no clue what make/model it is though.

is it without l2 cache? 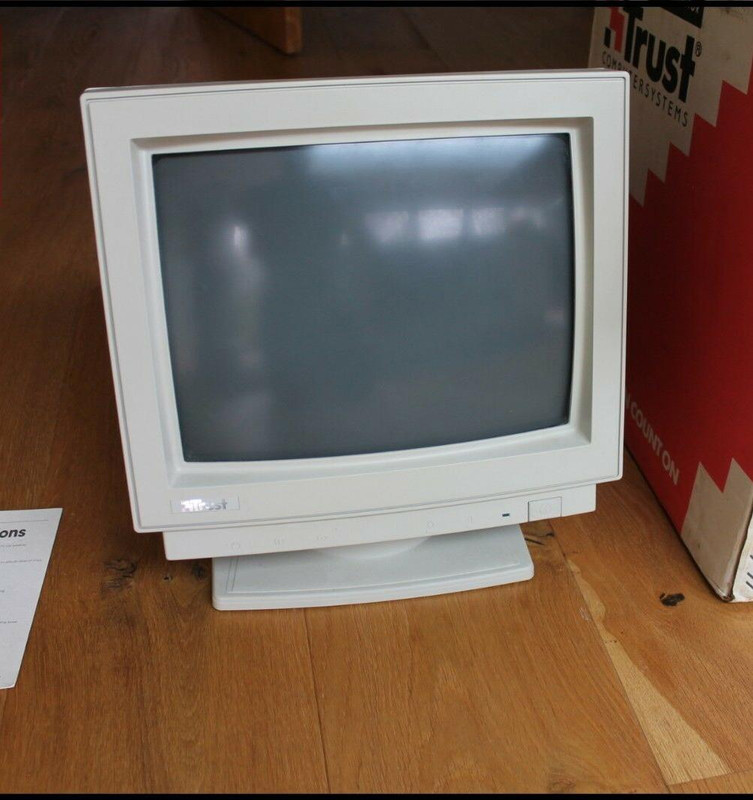 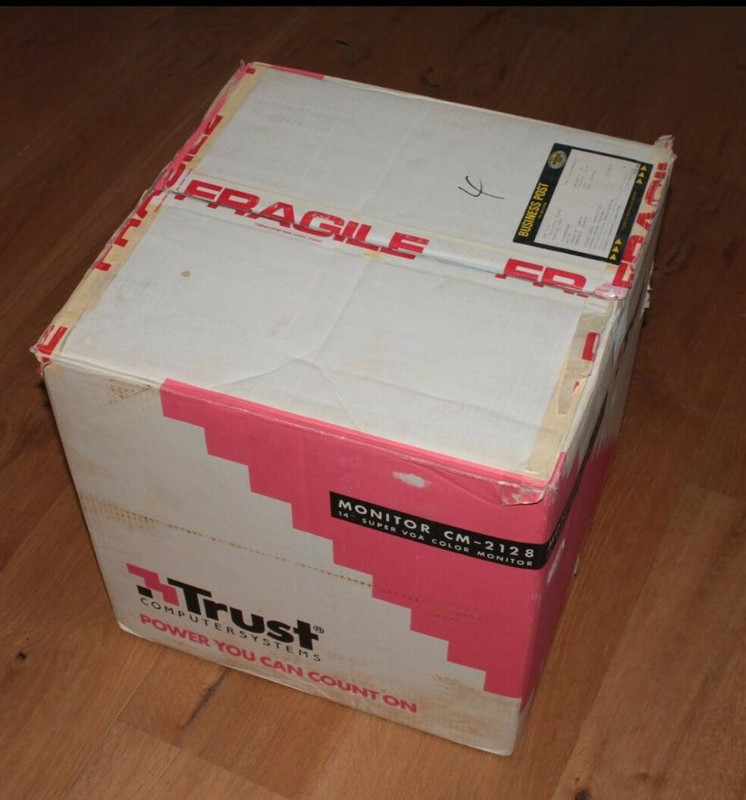 It's a Trust CM-2128, 14" sVGA monitor with 0.28mm dot pitch. Hopefully it should be way better than the one I currently have. It might get shipped today, fingers crossed that it will arrive in one piece.

I always insist the seller ship the original box in a shipping box and not use the product's box as the shipping box even if I have to pay a little extra for shipping. One, because I like original boxes and two, much better chances it will survive. Great that you found a new CRT. It fitted in here: Fired it up and this showed up: Next question is what the practical use of this is. Absolutely none I can think of, as I have no desire to run Lotus 1-2-3 or 1987-era CAD programs. But hell, this 286 board is maxed in any case 😜

is it without l2 cache?

There's a CELP slot so i could install a coast module

I was going to say that's a bit expensive for a CRT considering most people here get them for free or very cheap but then I googled it. 20mm dot pitch with 1920x1440 @ 60hz max res and 1600x1200 @ 75hz recommended. That's one hell of a monitor if it has good contrast and color.

In an ironic twist of fate, I just acquired one of these at a thrift store for $5. Over 1 year later.

Still haven't tested it. Will update once I have.

Not impressed. It has that retarded purple gamma (which causes alot of things to have a purple tinge, or everything if the brightness is above 40 on this model) that a lot of CRTs from that time period seem to have. At first it wouldn't even work right: 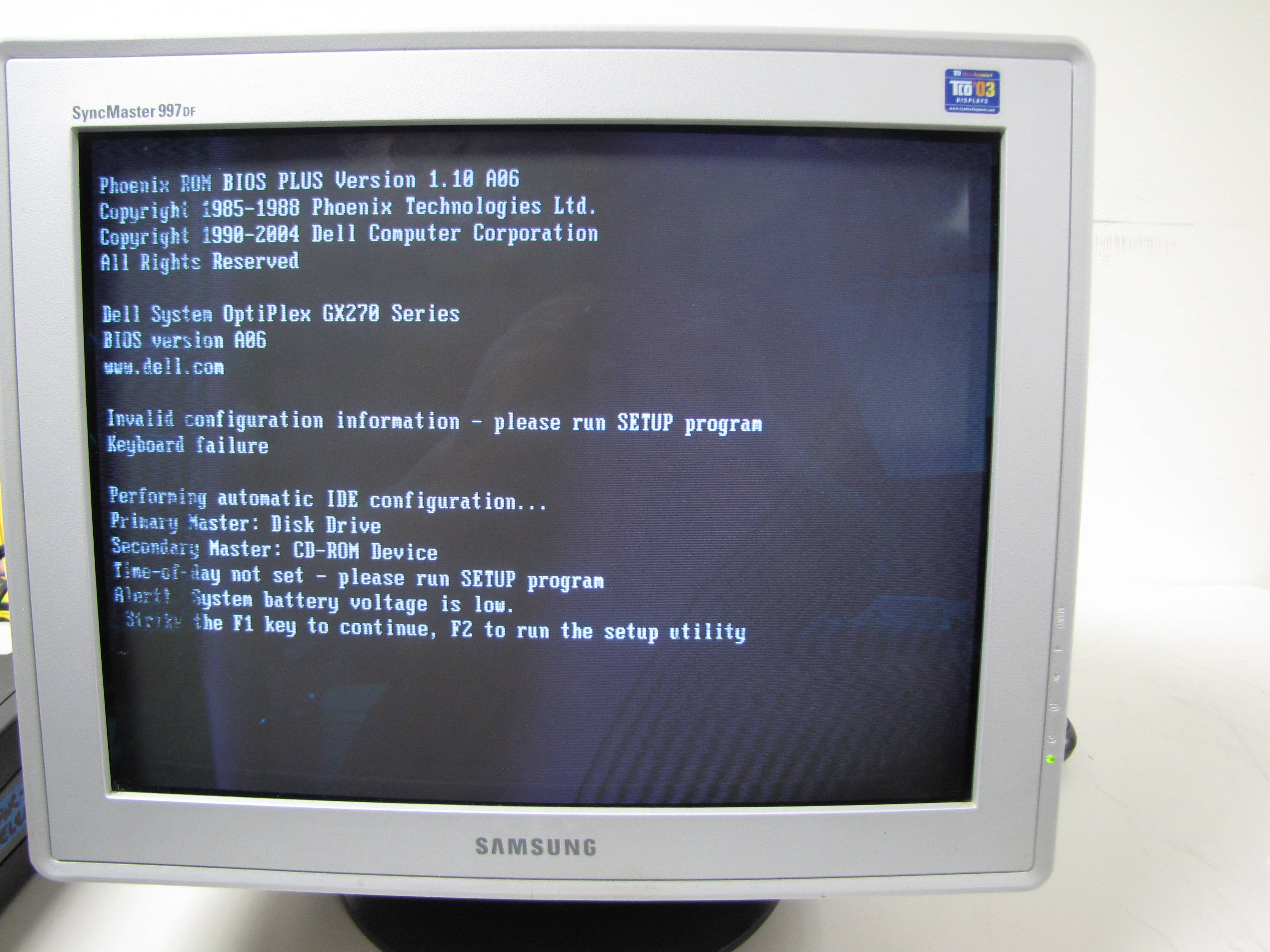 The weird distortions went away after letting it warm up (it was about 5 degrees in my car where I had just pulled it out of) and degaussed it about 20 times. 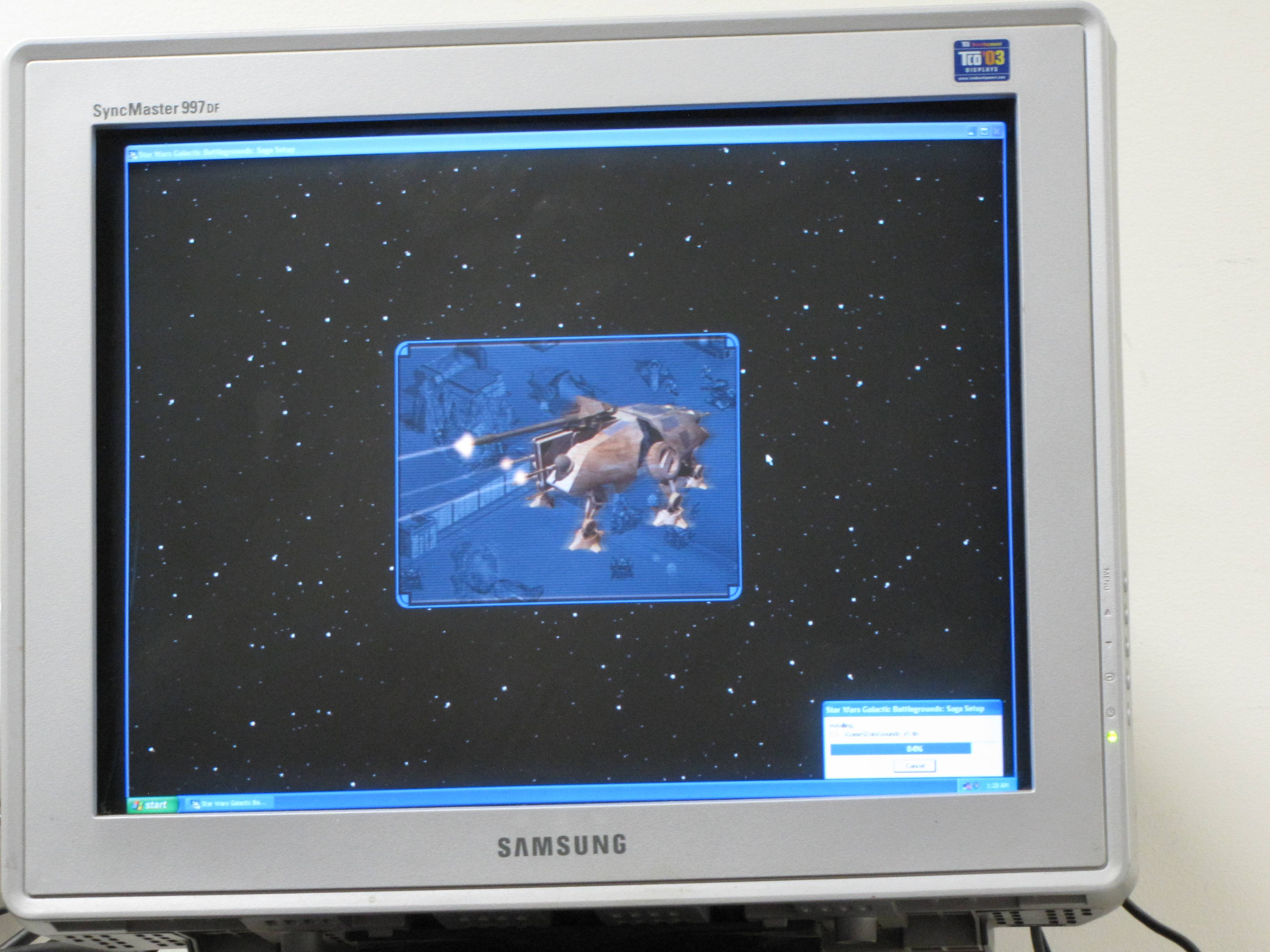 Even after that the Geometry in the best alignment I could get out of it is rather shit. I can't get the borders to look anywhere near 100 percent straight nomatter what I do. The corners just wont behave. Things dont change size anywhere though which is a Plus mark for it I guess. 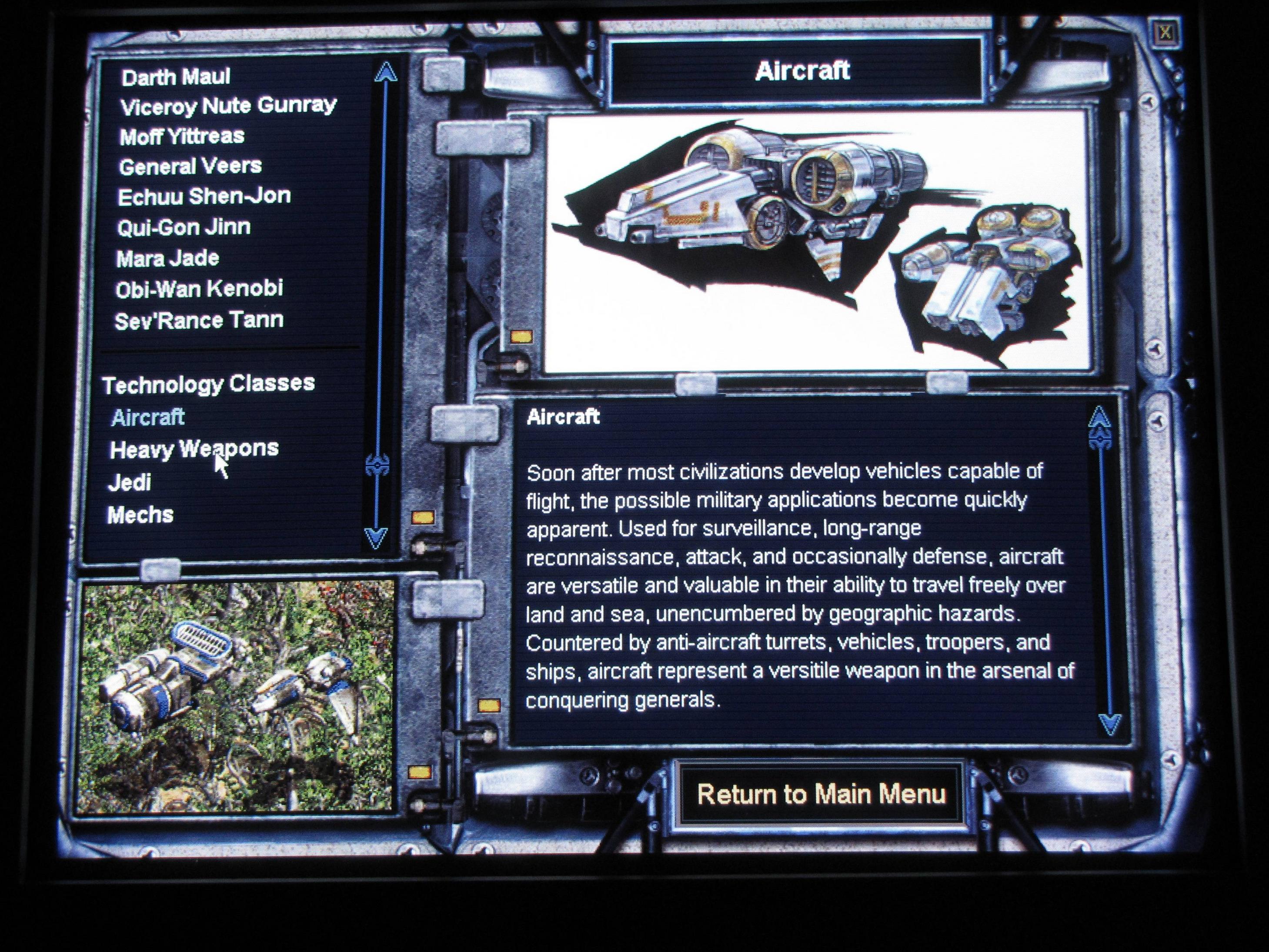 Colors are good. On par with anything else I have or have seen. 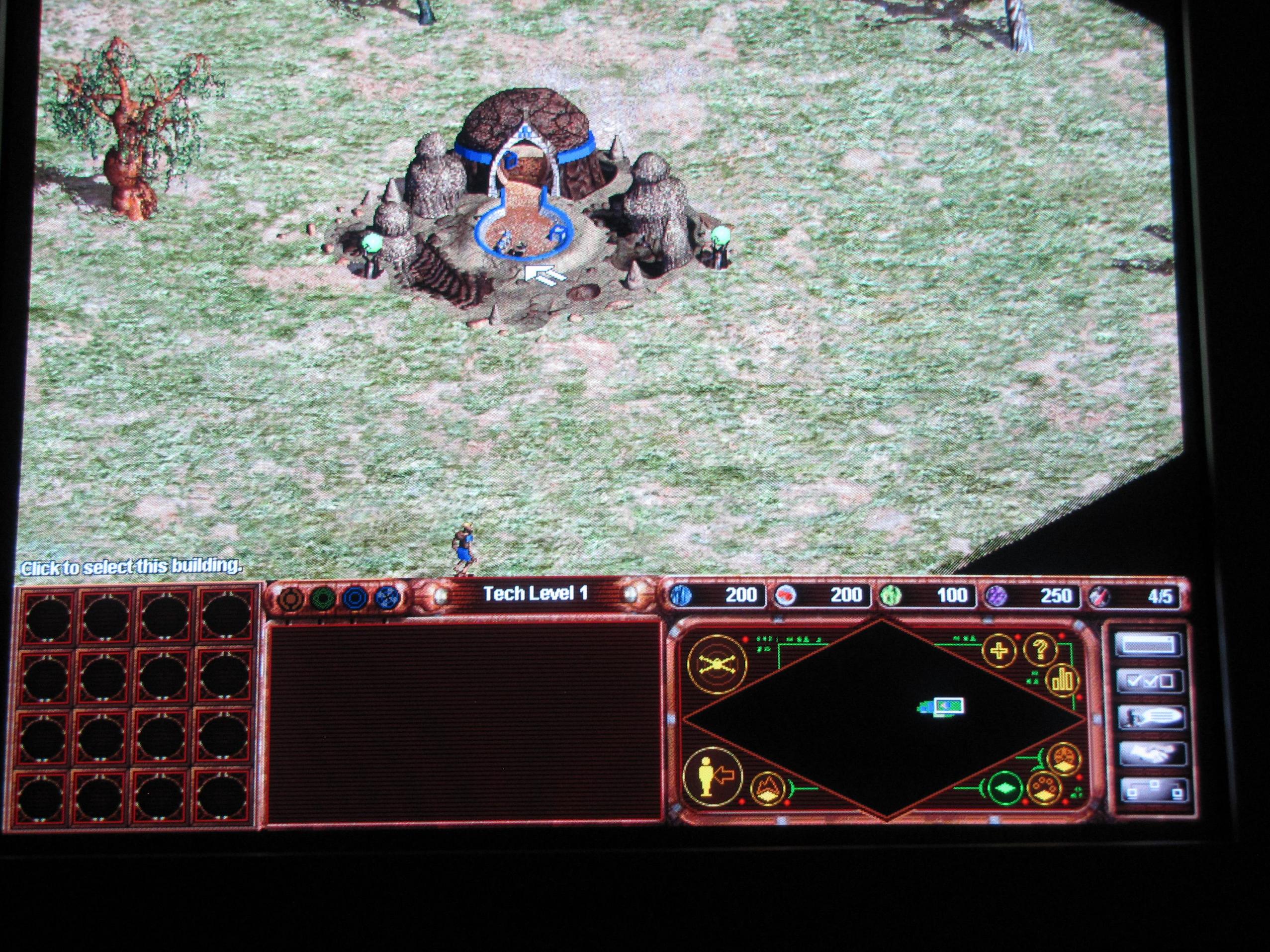 Over all this monitor is a 6/10. No where near the top end CRT expectations it was suppose to fulfill during its time. I may not keep it, that purple gamma and tinge on things will drive me fucking nuts. It completely ruins the visual experience. Why did Samsung and NEC (theres tends to be green for whatever reason) decide that purple gamma was a good idea?