There have been a few of these threads the last couple of years, I was thinking we could use a common thread to post our recent finds in.

The previous owner to these two systems seems to really be in need of screws because every single screw in both boxes are missing. The sad thing is that all the parts of the X38 system were littered around in the dumpster and the X38 motherboard was resting against a wall with a 50+ KG TV on top of it 🙁. The X38 board is now a new and improved curved edition! I hope the copper heat pipes havent crused any of the VRMs. The CPU is a Q6700 so thats 30 Euro of easy money in any case. I have not checked the video card closer but I guess its a Geforce GTS 250 with a huge dent in a corner. The somewhat warped Asus X38 board Inside the Dell Dimension 9100 Seeing that curved motherboard makes me feel all weird inside. 😳

Quite a transitional board there. I can't say I've ever seen a desktop board with PCI, PCI-X, Express, and dual Express16 slots before. Whoever bought that would have to be pretty indecisive about what cards they were going to have.

The board dosnt work at the moment.

I tried it both with and with out the heatpipe mounted and there is a short somewhere and I cant be bothered to investigate further right now as I have lower hanging fruit to pick 😀. I have not even tried to remount the CPU so the fix could be really easy, the board will go in the rainy day pile. I will however try out the Q6700 with the Asus P5E3 X38 DDR3 board I have bought.

Today a friend called me to inform me that the commune next to the one I live was having an "e-waste day" in case I was in the mood for some treasure hunting. I'm not exactly in full health at the moment so I just hopped on my bike for a very light ride, not really expecting to pick anything up, but I did end up bringing something home: 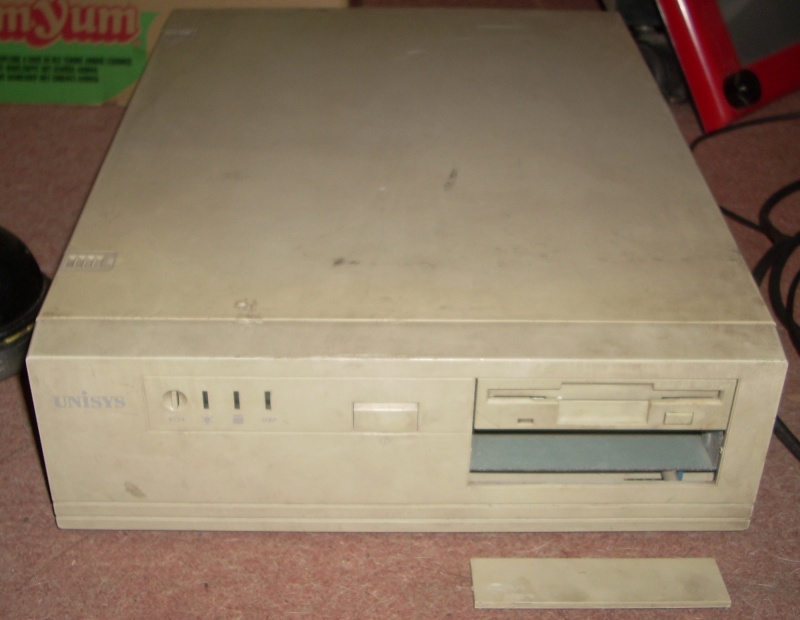 I believe it might be a 486 class machine, which aside from being dirty looks to be in fairly good condition. Haven't had a look inside yet because the warranty seal seems to be intact: 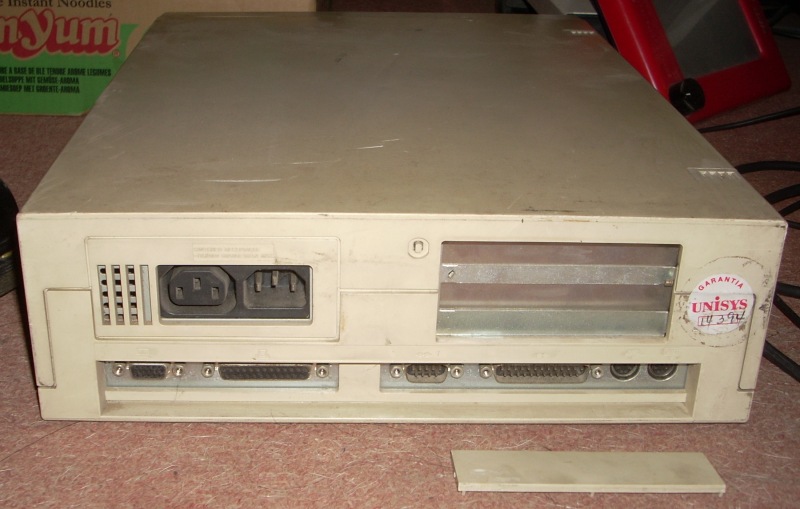 The hard drive might've been pulled out if it happened to be sitting in the open bay under the floppy drive. 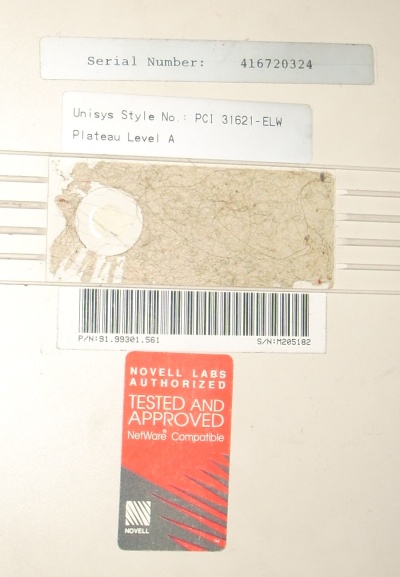 EDIT: Used the good 'ol hair dryer trick to open the case without voiding the warranty 🤣
Turns out it's a 16MHz Intel 386SX with a C&T Super Math copro: 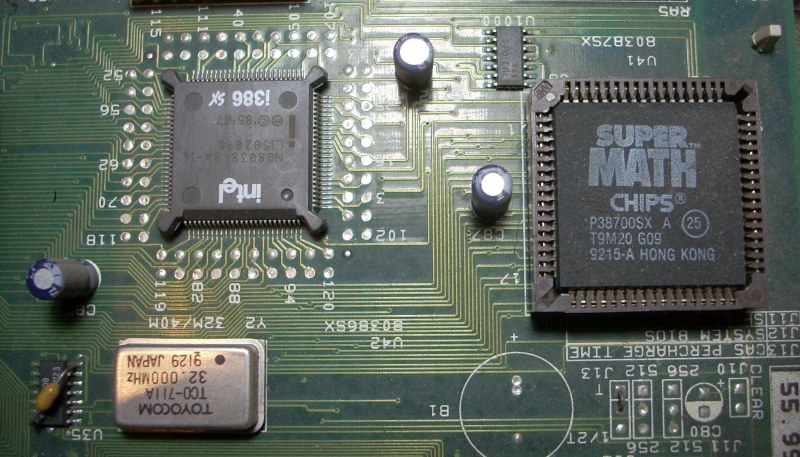 Two megabytes of onboard memory, and the hard drive was indeed pulled out: 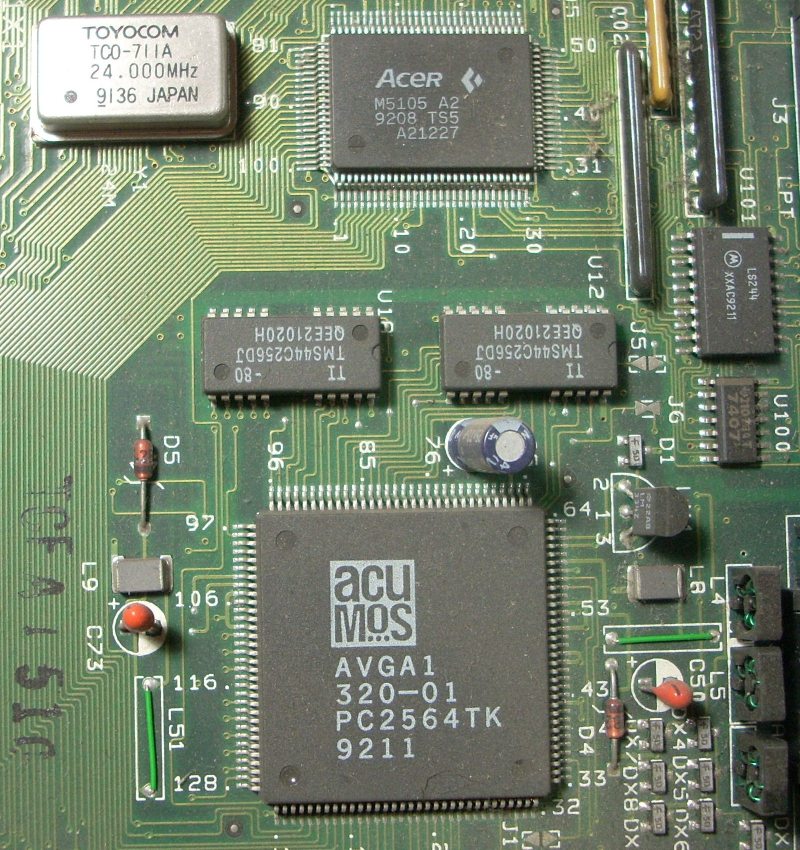 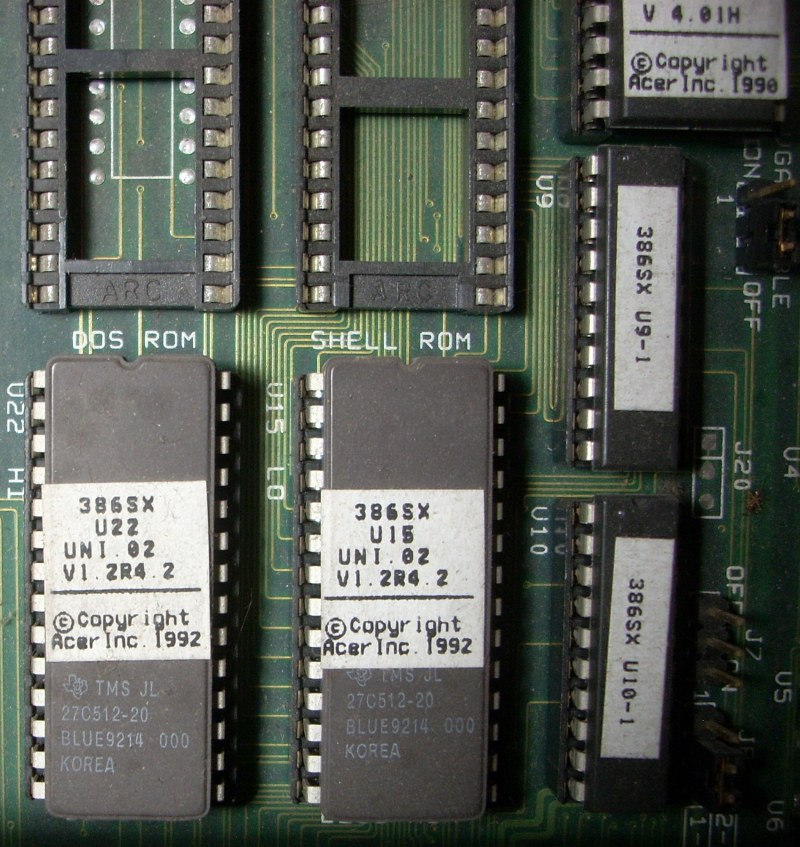 Here is my latest find, not very exiting but its from the local electronic waste bin for my house so its a gift from a neighbour.

Mmh, that's AudioMax audio card seems to be the same I've had in bundle with my ABIT AN9-32X.

Im glad I found it because I have an Abit nForce 4 board with dead PCI slots and its Audio Max card is missing, I had to use an USB soundcard.
I found that motherboard in the same bin like 5 years ago so perhaps they were once together 😁

Found this next to the dumpster: IBM Thinkpad 1161, in really excellent condition and fully working (though dead battery and no original PSU) - this month has been a lucky one talking about my recently found/bought ThinkPads... this should be AGP based, with Celeron CPU, 32 MB RAM and chipset Intel 440 MX or something like that. Unfortunately I don't think it is compatible with my IBM Dock II 3546, that I'm currently using with ThinkPad 370C.

investigating the HD content, I've found this one was owned by people working in a bank - Here, at least up to a decade ago, some banks donated laptops to their employees to facilitate them in their work or something... I guess this TP was one of these examples - the little use justifies the excellent condition... and the people who work in banks are lazy, preferring to 'throw' things instead of bothering to sell them with a few announcements... good for me.

This is great - I have the exact same system but in an Acer case and with a 20Mhz CPU but no co-pro. I also noticed the ROM sockets, which I think are for an embedded OS? I get the impression these systems were defined for Point Of Sale purposes as mine had an ancient NIC in it complete with AUI socket. The AcuMOS chipset was also interesting as I'd not come across them before (they were bought out by Cirrus Logic, I think). Good find!

Acumos AVGA1 onboard video with 256KB DRAM (and yes, it seems to be an Acer motherboard)

My first thought when I saw the case was it was rebranded or very ACER looking.

Awesome find, friend. That Novell sticker made me tickle in places I don't think I should have.

Haven't had a look inside yet because the warranty seal seems to be intact:

yes you dont want to void your waranty 😁

Found this for $3 at a Salvation Army thrift store piled under a huge mess. Pretty clean and nice touch.

Heh, I thought I spotted this thread go by the other day. I have a huge thread on another VC forum where I've been detailing my finds. I won't repost absolutely everything here, but there's a lot... I work at a university so 'not-quite-current' stuff gets whipped out the door as fast as departing grad students or upgrading sysadmins can leave it behind.

Here's probably my best find ever. I'm using one of these right now in fact:

Late-model PowerMac G5 towers. One dual-G5 2.0 tower and one dual-core 2.3. Probably the second- and third-best PowerPC machines ever made. These were high-end ~$4000 workstations when new in 2005, now apparently they're worthless trash.

I love working on these things, everything comes apart with simple, solid latches and access is incredibly well thought out. Nothing like the crap made-to-be-scrapped '90s/'00s jobber towers you usually see.

^^ I tried Debian 8 at first but the accellerated desktop was disagreeable with Linux's poor support for Radeon cards. So I got a NIB copy of OSX Leopard for $10 and threw that on both of them.

The monitors and Apple keyboard (got a stack of 5 of them) were also being thrown away elsewhere. Probably the mouse too.

Can't use a Mac without a drop-down terminal, fortunately was able to track down an old version of Visor that still ran on PPC. A fork of Homebrew (Tigerbrew) is delivering ports to these machines.

The only problem was getting power to the later machine:

But I had my usual type of solution: