486s are fine for Win95. I think the whole Pentium minimum mindset here are quite on the excessive side. I'd only think about Pentiums when the case of Win98 comes up (though I haven't had much trouble with that on a 486 either)

WinME and the NT4+'s though? Forget it 😀

But right now I would prefer to run it on a Pentium based system.

"pretends to be a modern computer"
haha, WIn95 is modern? People are arguing if WinXP is retro, Think any Win9x OS is safely no longer considered modern

yeah but at least the look isn't different by much.

okay guyz, would you prefer original win95 or osr2?
osr2 takes more hdd space, while fat32 doesn't save much on such small drives. however osr2 was said to have better compatibility for dos games than the original one.(not sure about my memory though)
and i don't want to bother installing real dos, due to short of floppy drives and disks. so i would rely solely on win95's dos mode even if its not perfect. 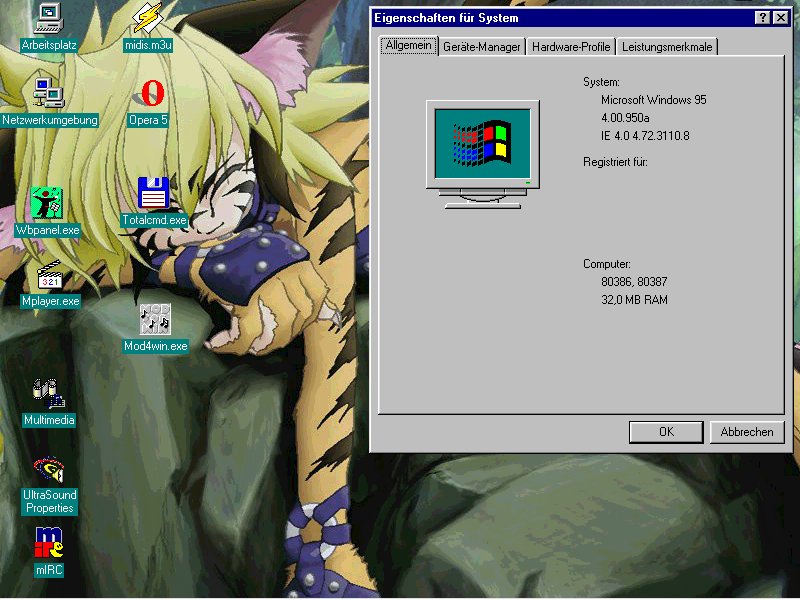 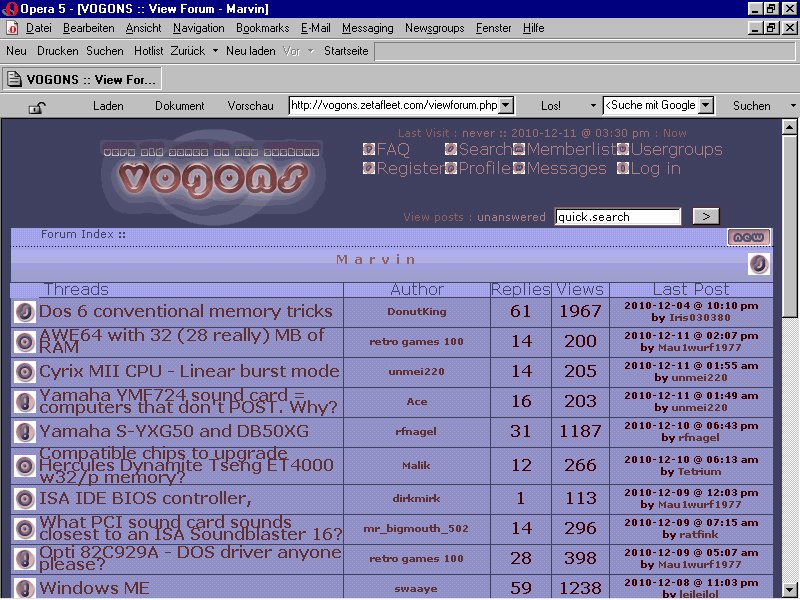 Would I run it? No, not likely, but that's mainly because anything I'd want to do that needs Win9x or NT4 really, really wants a Pentium or better. I tend to like DOS+OS/2 on 386/486 class machines, but there are exceptions.

I did run Win95 on a few low-spec machines back when it was still currentish (98 and NT4 were out, but 95 was very much still supported) - I found the biggest issue was having enough RAM. 16MB, at least. 32MB, much better. 64MB, great if you can (but probably only 486/Pentium).

As for OSR2 vs initial release - I vote OSR2. It's bigger, but it fixes tons of bugs. Win95, on release, was notoriously buggy. OSR2 fixed a lot of those bugs.

Win95, on release, was notoriously buggy. OSR2 fixed a lot of those bugs.

Yes, but strangely, from my experience it wasn't that buggy on normal 386 hardware.
Also, the early Win32s and NT 3.1 applications were less bloated and worked just fine here.

The story might be different on overbred +100MHz hardware with PCI/AGP, APM and APCI/APIC. 😉
That is stuff I would never bring any near to Win95 RTM.

I remember it being really witchety on even late 486 and early Pentium-class hardware. Though, of course, the Pentiums definitely had PCI and a lot of the late 486s did too.

I remember it being really witchety on even late 486 and early Pentium-class hardware.

Me, too. Win95 RTM and OSR2.x were like day and night.
Perhaps our copy at home was a bit more stable also, because we had a localized version.

In my opinion, the original release of Win95 was still at a beta stage when it was released.
As far as I remember, there once was an interview in which MS employees stated that
they had to finish Win95 development due to time contraits. I have no references at hand, though.

Here's an article at betaarchive. It also links to a Microsoft video of January 1993.
https://www.betaarchive.com/wiki/index.php?ti … _Testing_Builds

I forgot.. There's a really old trick to speed-up Win95 on slow PCs.
It will disable the "last access" log entry for accessed files.
Just add "ACCDATE C: -" to config.sys.

It's similar to the Windows NT NtfsDisableLastAccessUpdate.

Windows 95 on a 486DX-33 with 8MB was a real dog. The DX4-100 and DX5-133 ran it fairly smoothly (with 16MB) though. You really needed either a Pentium or a Pentium class CPU for everything to run smoothly. I had a friend who ran Windows 95 on an IBM SLC2-50 with no L2 cache and 16MB RAM, but the CPU still held it back. One day I installed it on my 386DX-40 with 32MB just to see how well it would go. The UI ran smoothly, but anytime you wanted to run other software there would be considerable slowdown. It wasn't practical at all.

Just checked my old PC magazines..
In my place, in March '96, the latest in technology available was a Pentium 90 or 120 (166 available "soon").
Most machines were stil not sold with more than 8MiB of RAM, though.
A 16MiB configuration was pure luxury and the maximum you could buy.
Also, a CD-ROM drive was still not obvious. PC makers still sold Pentium machines without them.

As for new PCs not selling with CD-ROM drives in 1996, let's just say that anyone who bought one in that configuration would soon be investing in a 3rd party upgrade kit. CD-ROM drives were pretty bloody common after early 1994 (mainly due to affordability of the CDU-33A and CR-563B 2X drives)

I actually intended too try out 95 on a 386, but never got around to it. Btw, are there actually any 386 motherboards that will work with 16MB 30p SIMMs?