Most frustrating part of working on old computers?

I've just encountered another annoyance just now: Early-2000s Dell Laptops. When they work, great! If not, well, I sure hope you have your screwdriver handy 'cause you're probably gonna need it.

I was battling with my Dell Inspiron 8000 due to its pesky little trackpoint causing the mouse cursor to move on its own, that, and its tendency to randomly stop detecting its hard drive to the point where I have to pull it out and then push it back in to get it to work again. It finally works now, but I had to place an order on a new keyboard because of the annoying broken trackpoint as I'm sure you know. Man, that was so damn frustrating! 😠

Ohhhh yeah.... I have one that just has bad contacts everywhere.

Installing L2 cache chips and finding out the L2 cache locks up at the BIOS screen after turning off the system and turning it back on.

Can relate to many of the posts in this thread. Here are the things that give me the most grief:

1) Molex connectors. Most of the time they're no problem, but when the plug is particularly tight, and the workspace particularly cramped, I can end up spending ten minutes or more just trying to get those damn things unplugged. Much swearing and finger pain is often involved. (20- and 24-pin PSU connectors can be pretty bad in this regard as well.)

2) Proprietary or non-standard hardware in general, and OEM versions of sound cards and video cards in particular. What was even the point of Dell and HP making their own cards that needed custom drivers? I have some Sound Blaster Live! cards that I have never been able to find working drivers for.

3) When OEMs survive to the present day, but remove support resources for older systems or components from their websites (drivers, manuals, etc.). HP seems to be one of the worst offenders. Storage is so cheap nowadays; how much can a large enterprise possibly hope to save by deleting a few hundred gigabytes of data from their servers? Dell deserves a big round of applause for not doing this (yet).

I've thrown money at the occasional thing-that-I-just-had-to-have but I never have the same love for them as the things I've pulled off a scrap heap or bought for cheap by being patient - not sure what the psychology behind this is!

I identify with this 1000%. Paradoxically, the less I spend on something, the more it's worth to me, because I know I'll probably never find such a good deal again. That and it feels good from an investment standpoint (buy low, sell high).

For Windows XP - finding out which image will work with the key that was already on a computer you are re-installing XP on. I just love having to try 2-3 different installs before finding one that will actually accept the key you are trying to use. Maybe it is easiest to just use a Dell OEM copy and then enter the key after it tries to activate and fails.

And then fighting to get windows updates to start downloading and installing and getting update.microsoft.com to load.

And as for Drivers and Intel... I want to punch somebody in the throat every time I have to search for drivers that work on older hardware. Almost all the time, the driver pack on Intel's website doesn't work despite the release notes saying it is specifically compatible with the hardware you need the driver for. Worst has been chipset and NIC.

Then having to try to track down some older obscure version of the driver that actually works.

Along those same lines... getting no response at all from the original manufacturer when you ask for documentation/drivers/firmware that is no longer listed on their site.

For XP updates I just use wsus offline to create an iso with all the updates on it and use that. Much less hassle than fighting with the MS update system which is probably still broken on XP and turns your system into a nice room heater as it red lines the processor for hours on end doing $deity knows what.

I just retrobrighted a few things, including two floppy drives - I damaged one small plastic part that moves the heads forward upon reassembly, and now the head unit will not track. I know I can get another one for $10, but the point is, the plastics and hardware are about a quarter of a century old, so one must really be careful when working with these. I suppose I would have been more mad if it was a 5.25 floppy...

Having the original RF Modulator stop working on the C64, which does the whole audio video output for both the RF and the A/V port. I removed it after cursing and swearing when removing the shield underneath and forgetting to plug in my desoldering iron and switching on my battery backup (desoldering iron was plugged into the outlet that's controlled by the battery circuits).

A few other things I thought of:

- Bloody barrel cells (BIOS) that leak all over and damage traces.
- Inserting 30 PIN SIPP memory (no keying "1" pin?)
- For that matter, inserting DIP memory (bending legs under the chip)
- Putting in a CPU upside down (last time I did this was over two decades ago, and I managed to kill the motherboard - 486 CPU was fine)
- Setting the seven segment display on older AT systems
- Bad sectors on the last diskette of a major software suite ON THE LAST DISK.

>Putting in a CPU upside down

Boards with millions of jumpers that of course almost all need moving whenever you change pretty much anything. Jumpers that are corroded slightly and so don't come loose easily - but have old, brittle plastic that starts desintegrating as soon as you use anything resembling force on them.

For me, it's the damn front panel header cables. I *always* plug them in backwards, or on the wrong pins.
Swapping hard drives in cramped cases is also a huge PITA.

I'm attempting to use my 3-button mouse as a serial mouse for both MS-DOS and Windows 95 on my Packard Bell Pack-Mate 28 Plus, and when I run the ctmouse program with this:

It gives me this

However, when I open the MS-DOS Edit program, the mouse doesn't work until I disconnect the mouse from the adapter and re-seat the connection, then it works. In Windows 95, it throws a code 24, but in the MS-DOS Prompt, it works, just not in Windows. Would it be the PS/2 to Serial adapter to blame? There's a switch underneath the mouse to switch between IBM AT (Serial) and MS PC (PS/2), which does work. I used DeoxIt to no avail, the PSU does work (voltage readings are normal) and sends signals to my 48-port + 2 Gigabit Cisco switch with no issues.

My Socket 370 system does this as well. I also cleaned and dusted the COM ports beforehand as well.

>Putting in a CPU upside down

Try owning a couple project cars on top of that. 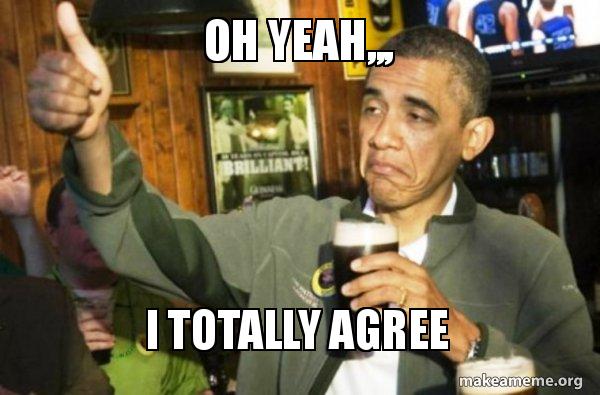 You won't believe how many times I've gone through that dilemma throughout my childhood. I remember having trouble finding a proper AT case for my Pentium 1 build nearly a year ago, when I found the case I wanted on CL, it was listed as part of a "take all or nothing" style lot so my parents said I had to sell a computer before I could buy that lot even though I told them I wasn't going to keep everything in it, yeah... not gonna happen. I ended up repairing the original case that was damaged in transit, it doesn't look as pretty as it would've been if it came in one piece, but at least it properly holds up now.

The frustration of getting back into DOS gaming after all this time is the regret in throwing out the boxes of ISA stuff I had many years ago (never going to need this junk again. derp!) that would be really handy around about now because it's not like they make Multi I/O cards any more...

Right now it's getting a decent power supply to play nice with my slot 1 intel SE440-BX2 setup, this my friends might require some sorcery....or voodoo!