I purchased not even a month ago a complete-with-box vision master 404. Fantastic monitor. Does up to 1600x1200@80. Wanted to use it on my main PC but getting a digital RGB to analogue RGB adaptor which goes above 60Hz is a right PITA.

That's great. I'd treat myself to that if I had the opportunity. 😀

I recently got this pretty cool tower case (ca. 1994, judging by the press clippings in the first post): 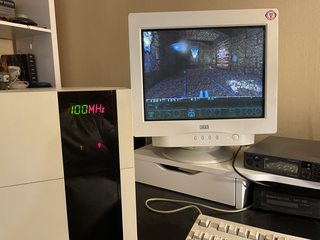 Thing is, it has four activity indicators 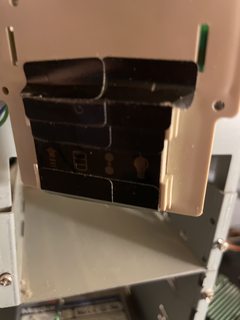 However, the remaining one is called COMM LED. It's a two pin and is the one with two circles on display. I assume it's either for a modem or a network card, but I have never seen a card with a header like that.

Any idea what this indicator is for?

Hi! Late nineties Denco AT/ATX decktop case with funny huge Reset and Sleep buttons. This Denco is the only knowh for me PC case with Reset button larger than Power. Please define the exact model of this case, the desigh is relative to more known and probably later released Denco D708/709

Interesting.... This type of design occured also in the line-up of an english firm by the name Ever/Evercase.fronta.jpg

I see, these seem to have been quite popular not only in Germany.
Recently I parted with this 1998 Vobis thingy:

Inside it is abundantly plastered with "Ever" stickers.

The USB is hidden well: 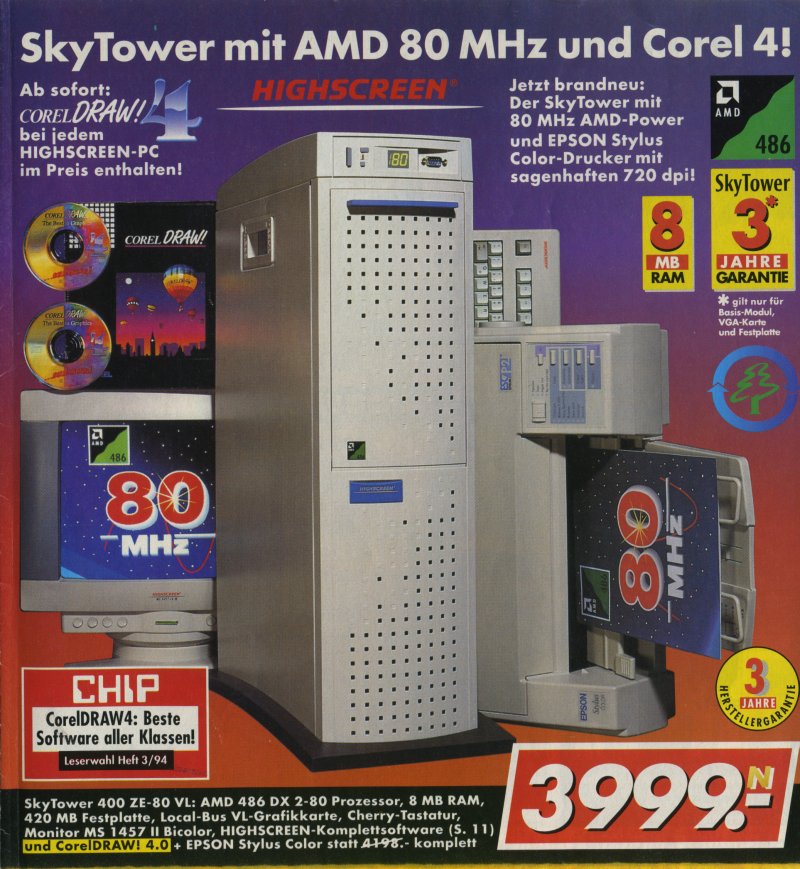 The case is strikingly similar, but it lacks the "Ever" stickers.
Its internal specialities are just the same like in the 1998 tower: 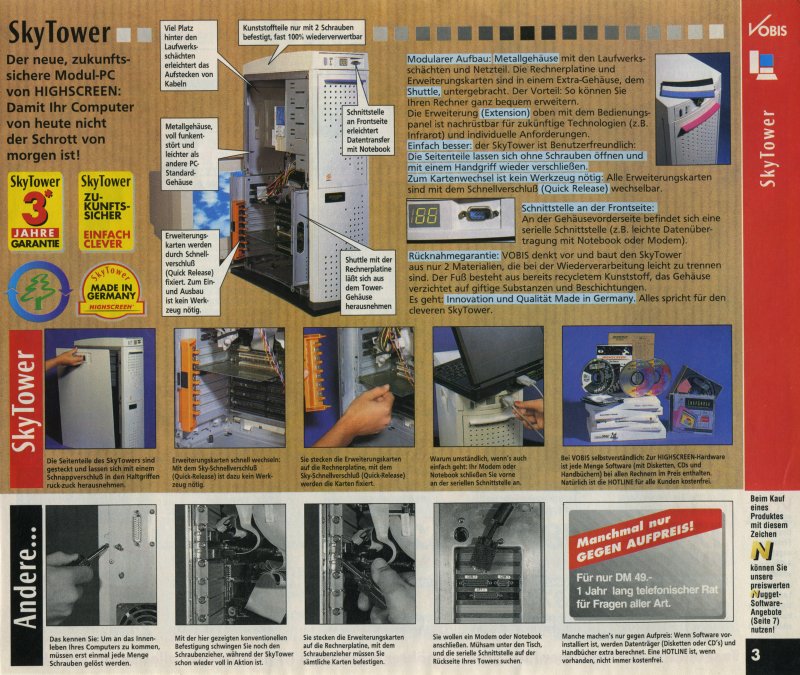 Maybe I'll find some hints about the case manufacturer when I tear down that computer.

Those highscreen cases nearly always look good. Never seen one in the UK. They did make one by some famous designer and it looked terrible IMHO.

I think the desktop ones actually look pretty cool. It's just that when you find them these days that they look cheese-yellow and are often missing some drivebay cover that is irreplaceable. 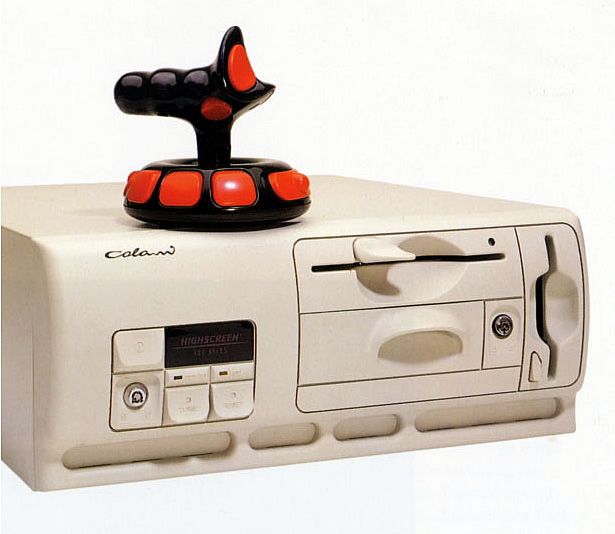 (ps: not sure what that weird-ass joystick/buttplug thing is, not my photo 😀)

If anyone was still wondering (since everyone seems to have had one as a child), this is the Macase KS-330, from Macase's "Diamond" series. They were available as Desktop, minitower, mid-tower, and full-tower versions. (The Desktop is the KS-730; Minitower is the KS-330; Mid-tower is the KS-230; and the full-tower is the KS-130.)

They were also available in black, though black ones are much less common these days. You can actually see one in a 1994 (or maybe it was 1995) episode of the Computer Chronicles in one of the demo segments; apologies, but I just watched through both years and I forget which one it was. They're quite handsome.

If anyone was still wondering (since everyone seems to have had one as a child), this is the Macase KS-330, from Macase's "Diamond" series.

This was helpful informaton, thank you! I had one of those in Black with a green power button in Canada for our family's P166. A black PC was a rarity in those days and I felt pretty special having one.

I'm on the hunt for a different mid-tower case also made by Macase. I saw the full-tower version sold on Amazon a while back so they are out there.

How would you judge the weirdness factor this 1994 Evercase monster sold by Vobis under its brand "Highscreen", of which I posted some adverts in my post above?
Its colors and patterns look strikingly similar to the (Deutsche) "Telekom" logo and colors.
More images can be seen on a well-known auction site where it is currently for sale.

not sure what that weird-ass joystick/buttplug thing is 😀

photo_2021-10-15_18-34-04 depicts a nearly identical case to the one in which I built my first PC in 1995. I lived in the UK at the time. The color of the buttons were different but it is the same case. It is also featured in the lineup for 1994 in the original post. However, my case, as in the picture in the original post, had a key switch on the front. Correct me if I am wrong but this is a Baby AT case IIRC. I know my socket 3 MB had to have been Baby AT because it had integrated IO.
Seeing these photos gives me hope I could actually recreate that first PC build. This had to have been a fairly common generic case. Any idea who made them?

Very retro-futuristic. Looks like some designer in the '90s doing a retro '70s futuristic design. So a double-retro I guess, 🤣

Very retro-futuristic. Looks like some designer in the '90s doing a retro '70s futuristic design. So a double-retro I guess, 🤣

True! Luigi Colani was a "design star"decades before Vobis sort of "resurrected" him.
The Wikipedia article also shows the computer case mentioned above.

While otherwise similar it does indeed miss the keylock. You are correct they are Baby-AT cases. I shall upload some more:

My first PC came in this simple Baby AT case with two big black Power and Turbo buttons and FS label on the back of front panel. It has Am486DX4 100 MHz and Chaintech 486SPM motherboard with 1995 BIOS.

I saw same case in this LGR video https://youtu.be/Q4qJf50YSVk and also here https://flic.kr/p/5nLHGs

That Skytower/Highscreen case resembles early DEC pcs in overall appearance. There was also some weird Fujitsu box I saw on ebay that also had.gone crazy with the hole patterns.

Little me used to play Wolfenstein on this thing while still in Kindergarten. 😁
I also think it doesn't look that bad, if in good condition.

Could You please write the brand/model/type of that pc case with RED Mhz?