This appears to be one of the last (Baby) AT mobos ever manufactured.
It was equipped with the Intel 810 chipset, supporting Pentium 3 Tualatin up to 1400MHz out of the box.
It was manufactured (at least) until late 2002, long after other manufacturers stopped producing AT class mobos.
Read the data sheet of the board here.

It seems to be quite rare to find nowadays, as it apparently was aimed at the CIS/Russian market as upgrade option for old AT class computers. Maybe it is for this reason that most information on it in the Web seems to be Russian, and most, if not all sellers on the popular internet auction site are from former CIS countries.

According to this source it was sold by various labels, among these PCPartner, Supergrace, Aska, Vtech and HIS. There are others as well, like Rhino.

Part numbers as known by now:
Rhino: 810S-BCE
Supergrace: SG810-BAT3L(T)
(Note: do not confuse with the easily-to-find ATX variant which has MATX instead of BAT in the type)

It is very important to be aware of the fact that these boards were sold with two different clock generators, ICS 9248 and ICW W195BH (see note.txt accompanied to the BIOS files found here in the SG810-BAT3L(T) subdirectory), as one must make sure (s)he flashes the correct BIOS.
Furthermore one must be aware that according to the source abovementioned, there are two variants of the mobo, one (older) lacking the voltage regulator circuitry for Tualatin, and a newer one which is explicitly marked with "Tualatin ready" stickers on the slots (see photos below).

Interestingly, there exist two BIOSes, Award and Phoenix. So it looks like one can pick the one (s)he prefers.
They might have differences, though, as the Phoenix BIOS has some problems, like not booting from SCSI if video card with too much memory (64MB) is installed.

First some pictures of the Rhino variant: 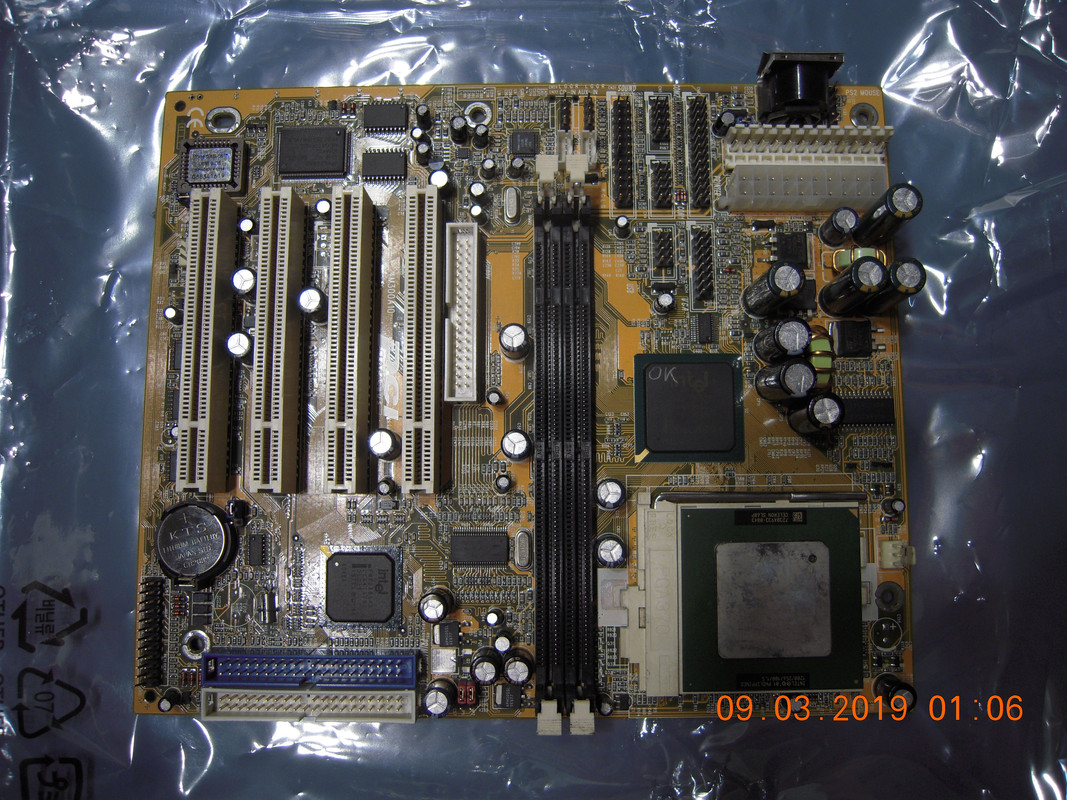 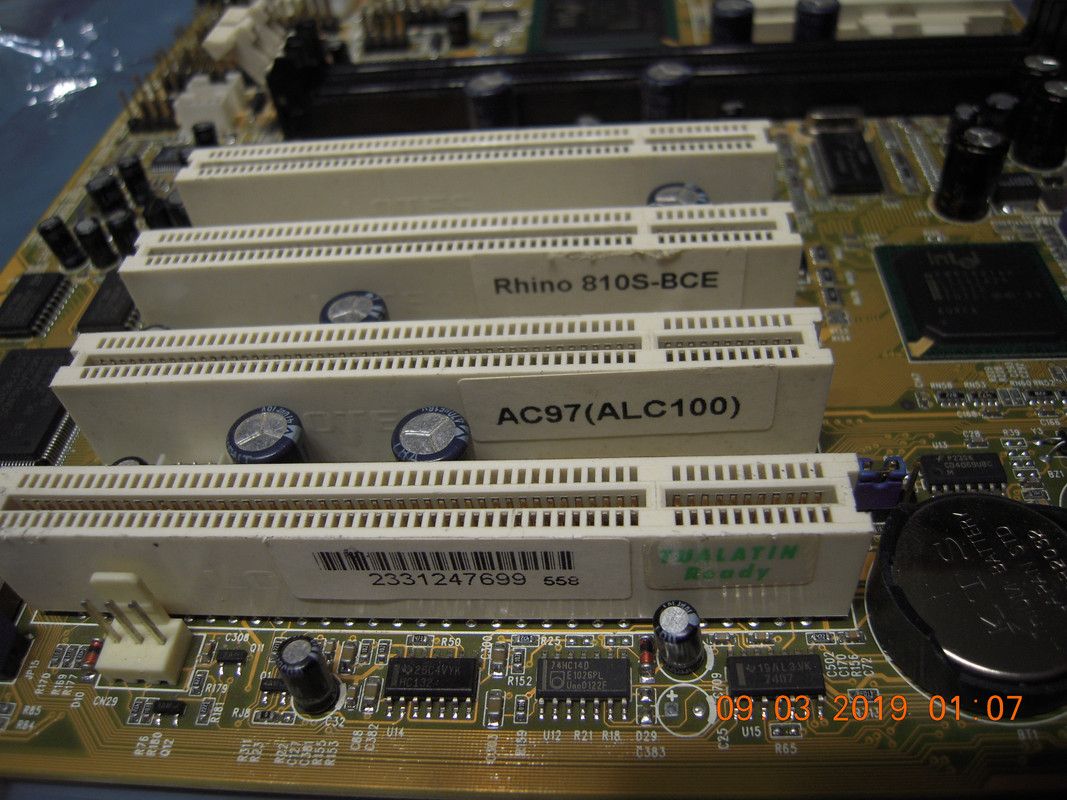 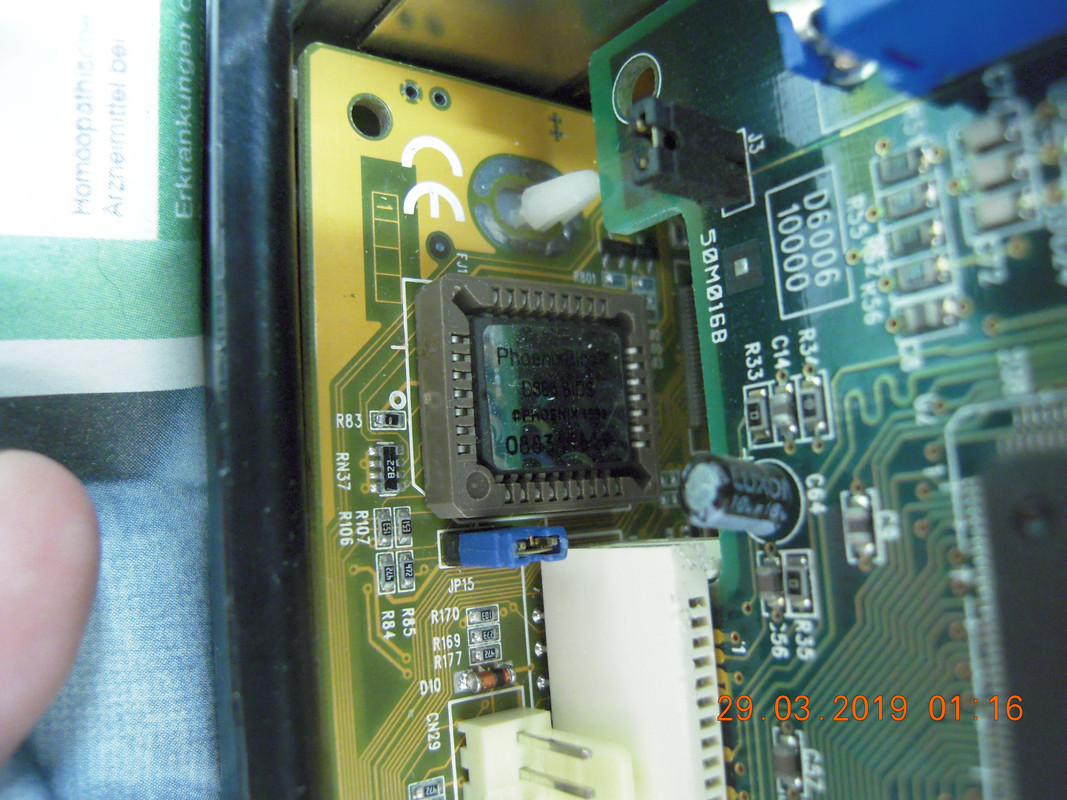 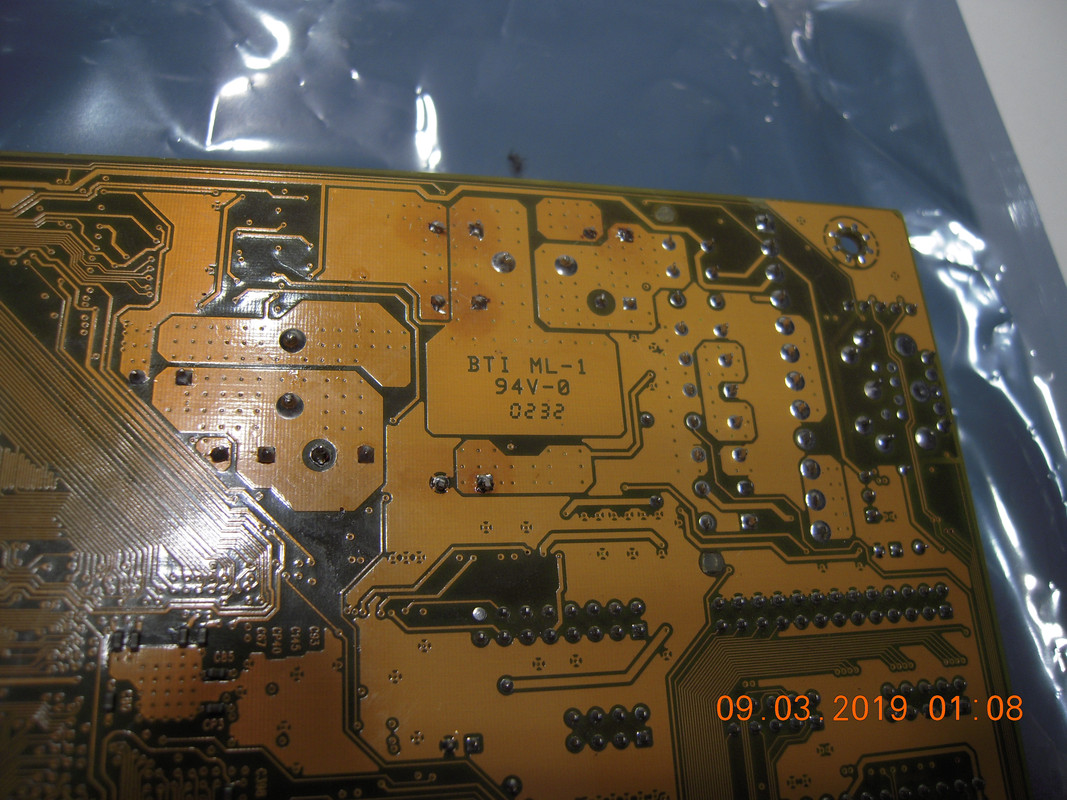 Some photos of the Supergrace variant: 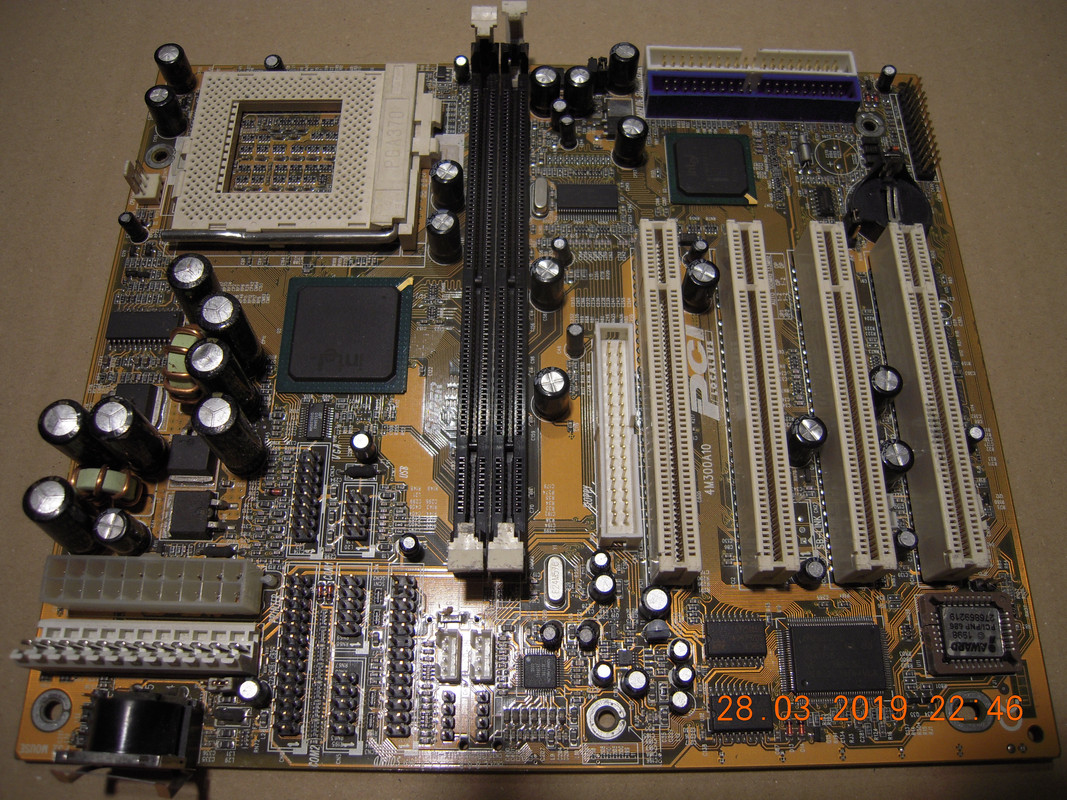 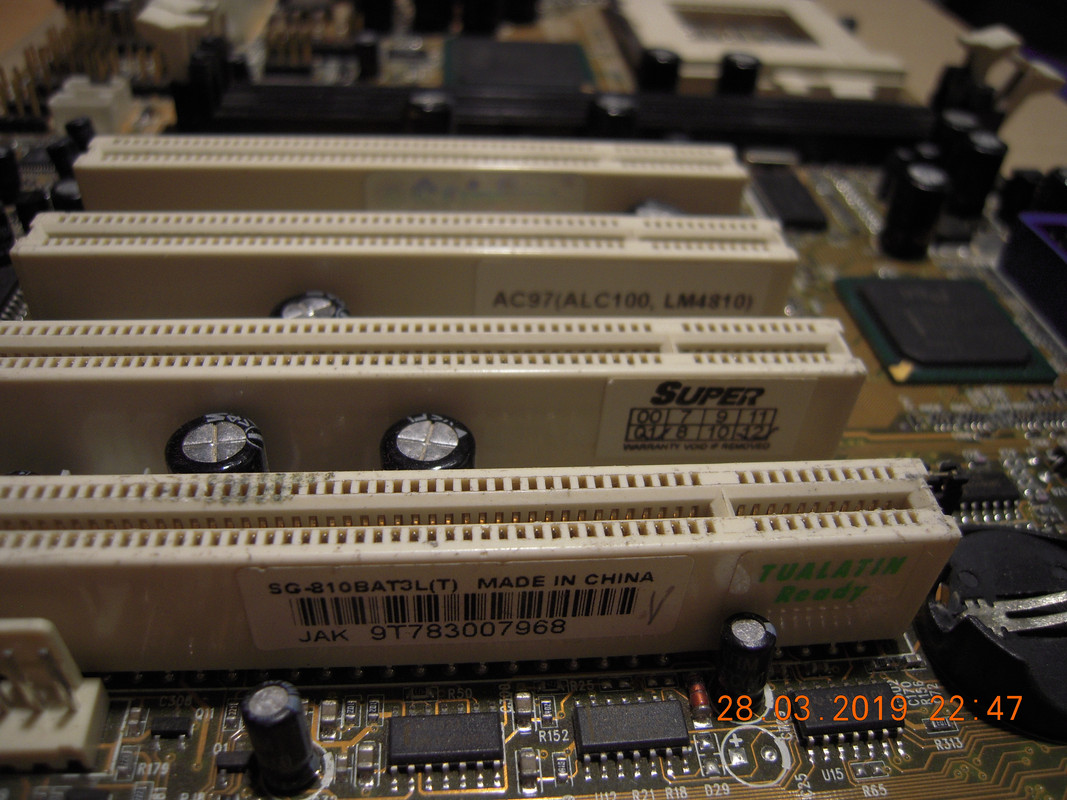 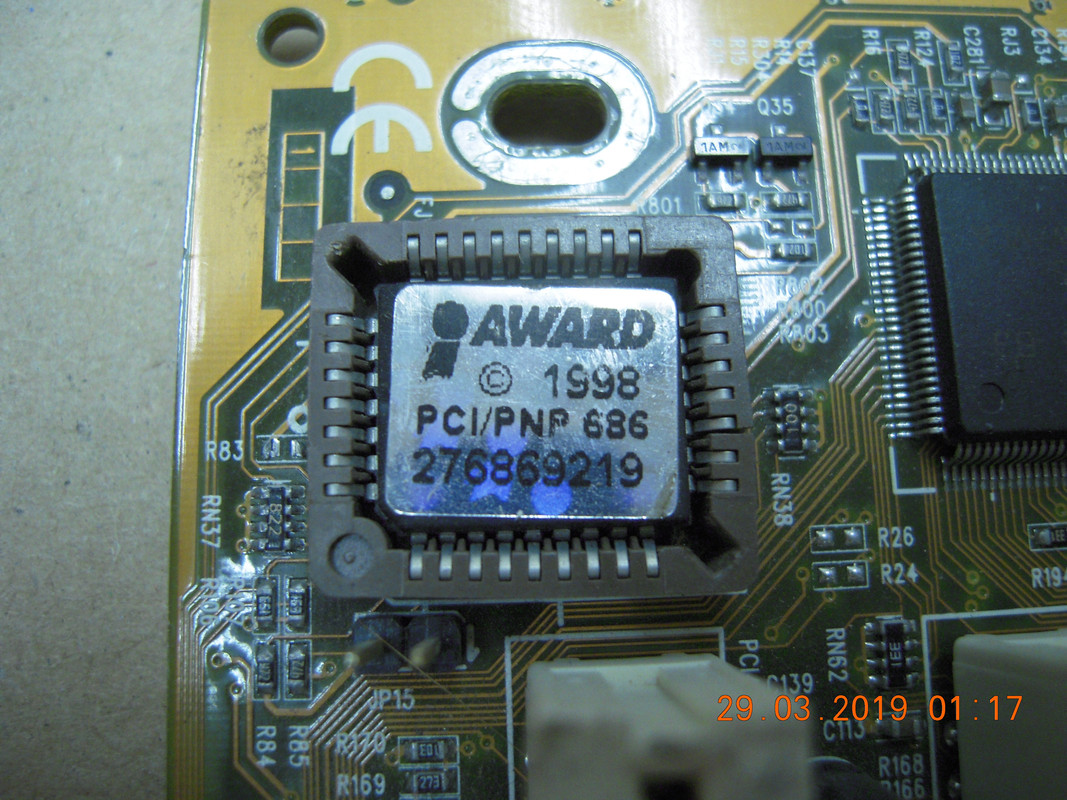 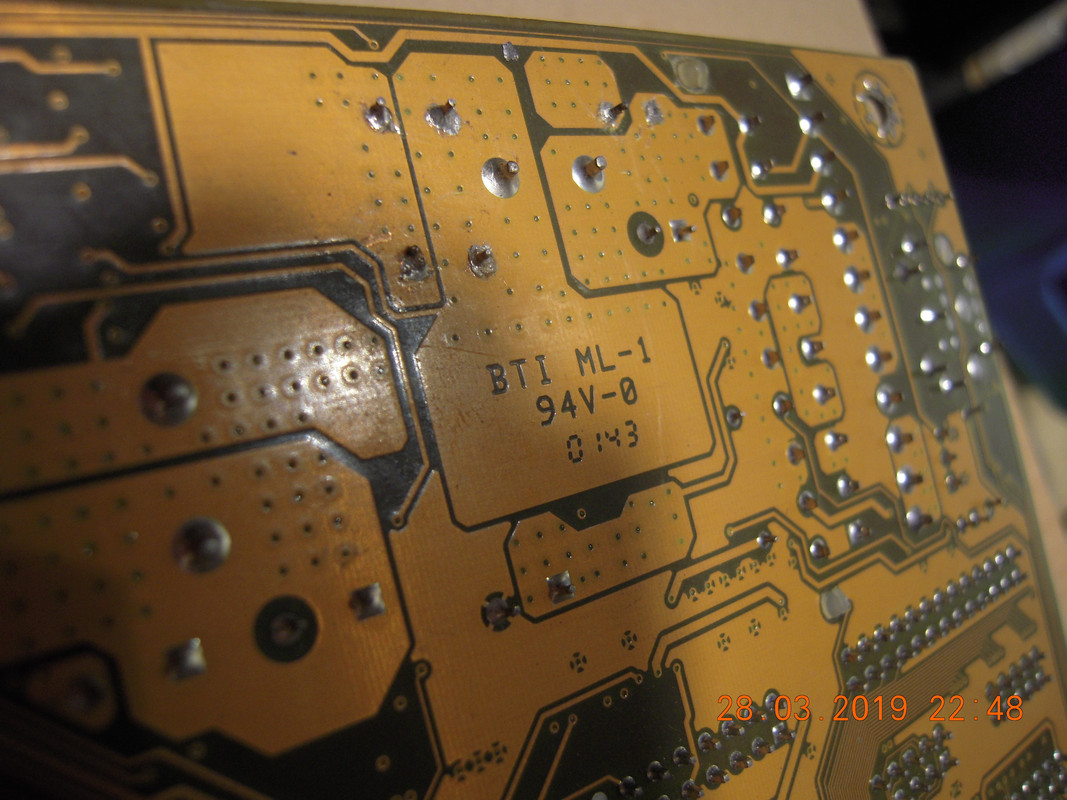 The aim of this thread is to collect all information about this interesting mobo.
Setting up a manuals, BIOS and driver library would be nice, as there is very little information on this board, dispersed widely on the internet, most of it probably in Russian and Chinese.

So, if you have any information about this mobo, please add it here.

is this board going into a HP oscilloscope?

is this board going into a HP oscilloscope?

Were these boards used in HP oscilloscopes??

The reason why I bought these boards was to upgrade my IBM 5170 to the biggest CPU possible in an AT form factor.
Slockets don't work there because they would conflict with the drive bay, so slotted CPU boards were out of the question.

never-mind then. on another thread someone was looking for a socket 370 AT motherboard and it was the core of an HP oscilloscope. (upgrade from socket 7)

Those caps are cheap Chinese shit. Replace them all is the way to go.