I like the idea of them (if for nothing else to be a little different from the usual "CPU socketed on a large PCB screwed onto the back plate of the case" shtick) but man they are pricey. I thought about doing a 233 MHz Pentium MMX PCI/ISA SBC but the SBC by itself is like $300 (and that doesn't even account for the fact it seems like they're selling them with dead Dallas clock chips, meaning I'd probably have to figure out how to fix that).

Any of you run any for your retro builds? Hit any issues with them?

I've got three.
- nameless 286 SBC, ISA, won't show any sign of life yet, have to investigate it.
- nameless p4 s478 board, ISA/PCI seems ok but nothing special and not very fast. Just keeping it for keeps.
- Mitac 486 DX2 isa board, amazingly fast compared to other 486 DX2 systems on pure ISA.

The Mitac is a nice gimmick with an ET4000 and ESS1868 paired to it, but overshadowed by all faster 486s with VLB. But I like it for no reason 😀

I like the idea of them (if for nothing else to be a little different from the usual "CPU socketed on a large PCB screwed onto the back plate of the case" shtick) but man they are pricey. I thought about doing a 233 MHz Pentium MMX PCI/ISA SBC but the SBC by itself is like $300 (and that doesn't even account for the fact it seems like they're selling them with dead Dallas clock chips, meaning I'd probably have to figure out how to fix that).

Any of you run any for your retro builds? Hit any issues with them?

I am a big fan of the small block Chevrolet engine.
Not as big a fan of the single board computer, as the back planes are usually somewhat expensive and just as large as a regular PC by the time you are done with it.
There are exceptions of course but few and far between.

I have a bunch of SBCs.

The biggest draw for me is the massive number of expansion slots and also not having to deal with crappy placement of such things as power connectors or CPU sockets. The massive amount of space inside the cases is also great.

SBCs are also built to be super reliable as they are meant for industrial systems. Stability is going to be a lot better than most consumer hardware.

1. PCI/ISA Socket 3. Haven't finished a build with it yet but it supports all Socket 3 CPUs.
2. 386 ISA SBC. Haven't build a system with this yet either.
3. Multiple PIAGP Pentium IV SBCs and backplanes. AGP/PCI/ISA with full ISA compatibility. Really the best SBC setup for DOS/Win9x IMHO. But these are pricy and don't show up often. Still contemplating whether I should spend $140 for another backplane.
4. I've got some Socket 5 and Socket 7 stuff as well but the draw isn't there as much without AGP support. Maybe I will build one though as my main test Socket 7 setup has issues.

You would still have to get a backplane and case to go along with that.

Sometimes I see full SBC setups on eBay.. not many Pentium 1 ones though.
The cases are going to be pretty much universal though and the cases by themselves are generally listed for more than a whole setup.

I love SBC's. I originally got into them because I don't have a lot of space for retro computing and realized I could build a compact retro system on a small ISA backplane and a half size SBC. I now have a small collection of components. I think one of the coolest things is being able to switch to a different generation of PC by simply swapping out the SBC. I don't need a wall of beige boxes; just 1 case and a storage bin with ISA cards. I make sure to get SBCs with integrated I/O and VGA, so for a basic system I only need 2 ISA slots: SBC + sound card. Also, many SBC's come with a DOC (Disk on Chip) socket, which you can use for an XT-IDE ROM.

SBCs were put into equipment that had a much longer service life than your typical consumer PC did in the 90's (like 20 years); SBC's with 486 CPUs were manufactured until about 2006. Chances are good that the RTC battery is still good. I haven't had any issues with mine.

Industrial computers don't have to be expensive. Just keep an eye out. Last year I bought a P1 MMX 233 half size ISA and a couple years ago I bought a 486DX133 half size ISA. The pentium was $100 and I don't remember what the 486 cost, but it was definitely less than $100. I find that it helps to figure out exactly what you want until you've narrowed it down to a particular model. That's usually when I have some luck finding a good deal. Don't be weary of getting one from overseas either. That's where a lot of these industrial PCs were used in the first place. I also strongly recommend only buying boards that you can find manuals for because things like jumpers and headers are frequently not labelled.

For my application, backplanes are pretty cheap. I have a 2-slot and a couple of 4-slot backplanes, and the most I ever paid for a backplane is $35 + shipping. That was a brand-new 4-slot ISA backplane that I bought directly from Advantech (I recently scored an Advantech case for $70 in really good condition, and did not want to modify it to fit the 4-slot I already had). So, again, just keep an eye out and it's possible to find a good deal.

That brings me to what I think is the biggest challenge with industrial computers: the cases. Industrial computer cases are super expensive, and for good reason; they're usually very high quality and built out of heavy gauge steel. Also, many backplanes don't follow a form factor standard. Mixing and matching backplanes and cases usually results in mounting holes not lining up. If you don't mind spending an afternoon with a drill, grinder, and ruler, it's not a big deal. (I probably don't have to say this, but please don't hack up a vintage case). If my goal wasn't to build a tiny computer, I think I would have just used a standard ATX case and modified it to fit whatever backplane I ended up getting. Instead I decided to DIY a case until I found that 4-slot Advantech case for $70.

I've used a couple of SBCs for retro purposes, first a P4 SBC with i845G chipset, later a P3 Tualatin SBC with Via PLE133T chipset. For AGP-era systems, the big drawback is no AGP. So you're stuck with either integrated/onboard stuff, which is rarely great, or PCI cards. I tried Win98 on my Tualatin SBC, but I could get better performance out of a regular P3 Coppermine system with AGP., and despite having lots of ISA slots available, resource allocation issues meant that it didn't work better than a regular ATX system with 2 or 3 slots in DOS. I still have the system, but rarely use it. I think early Pentium-era SBC would make a lot more sense, with no loss of AGP to worry about, but then the advantage of more (ISA) slots would also be reduced - it's easy to find Pentium motherboards with 4 or more ISA slots.

I am obsessed with SBCs, and tend to pick them up, whenever I find them cheaply. I have PCISA, ISA, PCIe, PC-104, and everything else in between, starting with a number of Ampro Littleboards, both z80 and 8086/8088.

I have a few, and they are neat, but unless you have a NEED for something they offer, its hard to justify the extra cost.

Yeah, SBC systems are a bit more expensive, but the possibilities are more interesting than the typical AT tower under your desk. My next project is to use one of my extra backplanes with a 10" LCD and mechanical keyboard to build a portable PC I can bring to a friend's house. I'm tempted to make something that looks like a Toshiba T3200, but I'll probably end up building a classic Dolch style luggable. 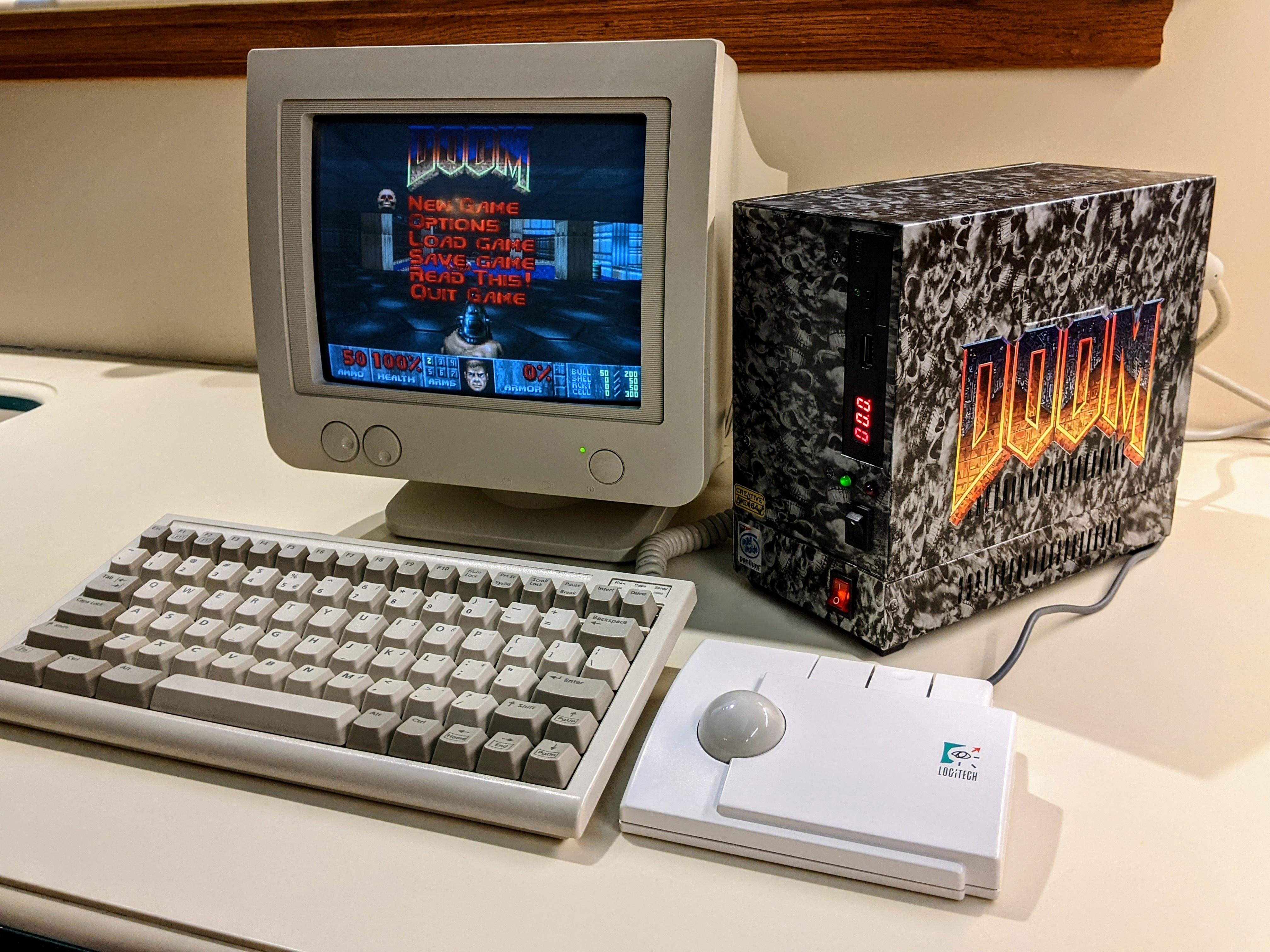 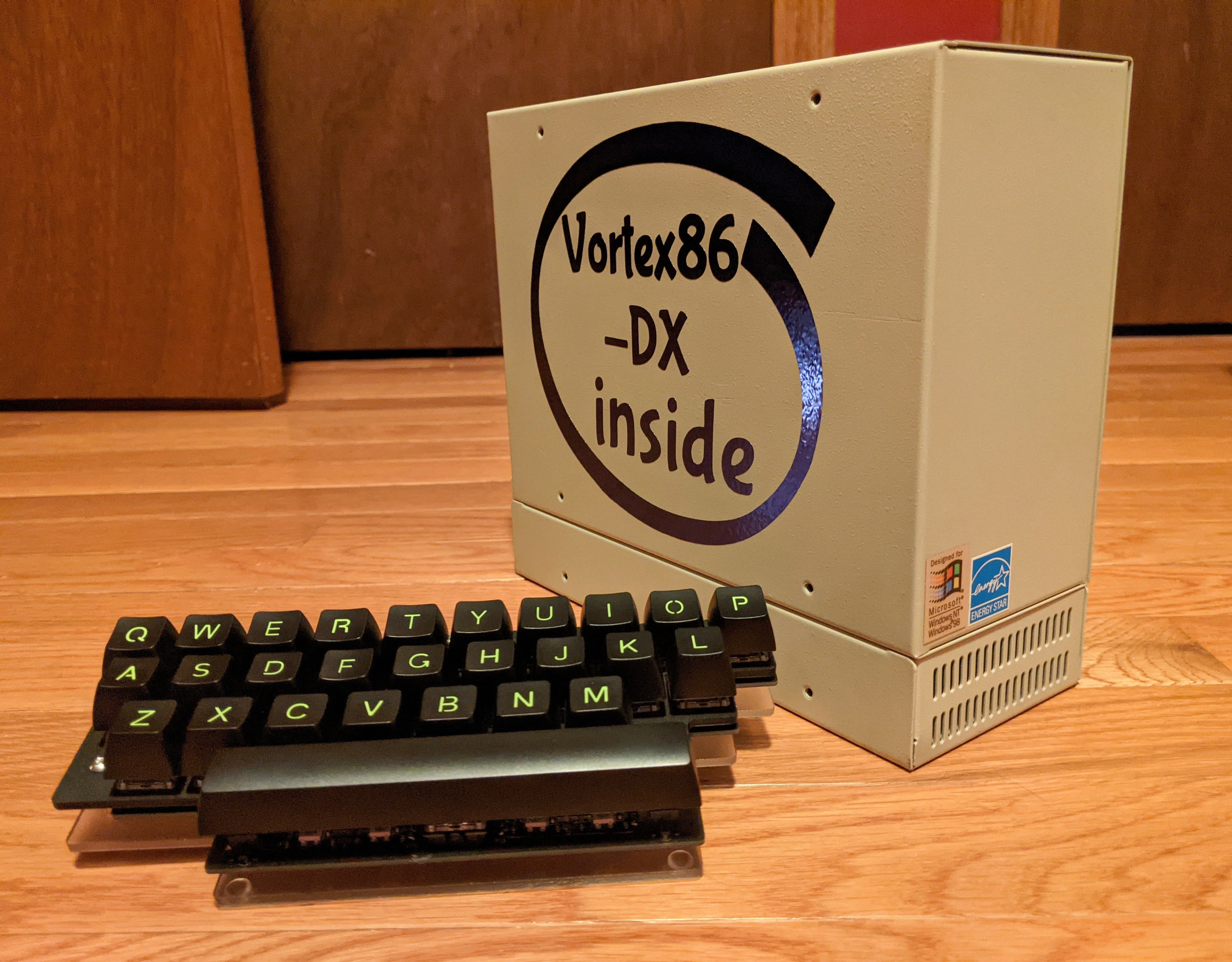 That keyboard gives me anxiety

There is only one card with these characteristics and it is the Protech 1560. It is the only one that fits into the ISA slot of the 4000 (a beautiful Sound Blaster PRO2 is mounted under it) without interfering with the Zorro slots in line. This SBC is an SS7 With Alladin5 (it means a huge range of cpu, from P75 to K6-3), not only because the card has on the rear bracket: VGA, PS / 2, serial, RJ45! This makes it an extremely complete card, add an ISA sound card to it and you will have a perfect retrogame machine, inserted inside another perfect retrogame machine, the Amiga! All this without changing anything because everything is already prepared by Commodore.

Did you look at the links I posted? Way cheaper. I did some different searches and found some for even cheaper.

Sorry, didn't mean to overlook your post. I'll give them a peek.

Sorry, didn't mean to overlook your post. I'll give them a peek.

Np. I just thought it was strange that you were complaining about the sky high prices one when there are a bunch of cheaper ones available.

The $60 one is really about the max I would even think about spending on a Socket 7 SBC unless it was a really special one with excellent video and audio onboard.

That keyboard gives me anxiety