I just took the dust off of "Battlefield 3" and 4. Great FPS, much better than the usual COD crap. And now my hardware is much more powerful than they need to run smoothly.

And "Gunship 2000". Seriously. I played the hell out of the original back in the 90s and had it in my harddrive for ages, but now I've got the expanded edition with the Philippines and Antarctica scenarios. If anything, MobyGames seems to appreciate the screenshots I keep sending them. For now, maybe next time they'll kick me out for being such a pain in the ass.

What's you Soldier ID? Shall we play some matches? 😎

Sorry for the late answer. I don't do multiplayer, unfortunately. My internet connection is pretty lousy, and those games are already taking too much of my time as it is.

I'm also stuck at the SNES version of "Prince of Persia", sixth level. 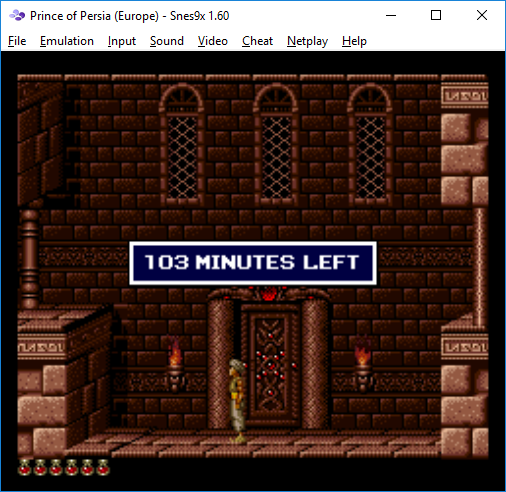 It's even coming to the Intellivision.

Cool. If you haven't, check out the not-so-recent C64 port as well:

nah, it's good, we just got a few better ones now 😉

I looove Prince of Persia game. I have the PC DOS version and another one for an Apple IIe emulator.

Unreal with D3D9 textures. This takes me back. 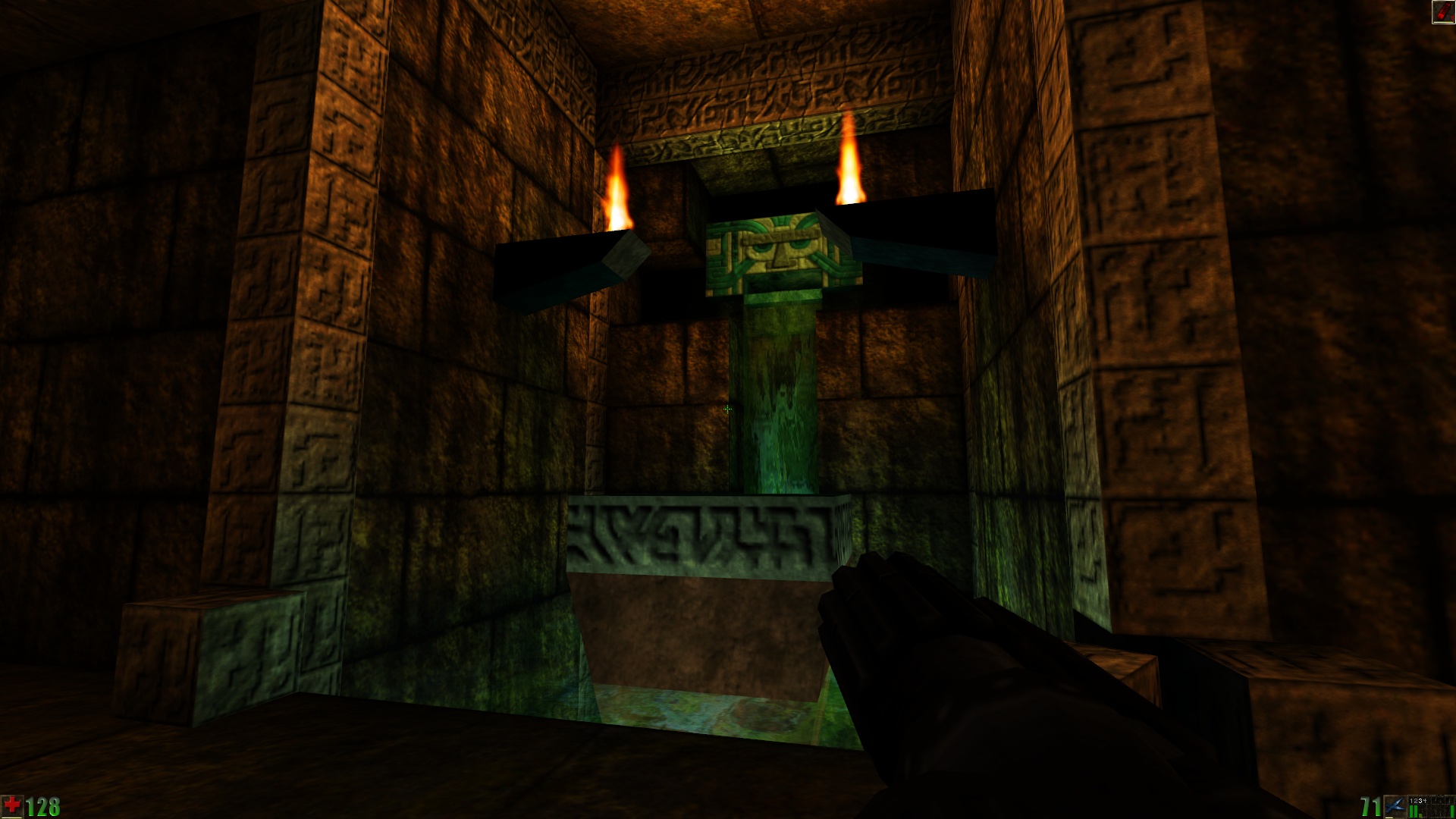 Heh, I still need to finish up working on the things for my Unreal server. I don't think most of the stuff will work correctly under 227 though, just a fair warning.

Gave the demo of the awkwardly-named Antigraviator a try. It's pretty much what you'd expect:

Nothing original here, but it's quite good! Despite appearances, I'd place this more in the F-Zero camp than the Wipeout camp, as there's no pitch control and the physics are much simpler. Music and visuals are awesome. It's a pretty small demo (three tracks, one ship) but well worth checking out IMHO. Especially since you can just download & install it, no launcher service needed. AI opponents and even 2p1c split-screen are available, just increase the number of racers on the Track Select screen. The startup screen warns you that it needs a GTX1060 but I maxed everything out on my 750TI and it runs completely fine.

This isn't the first time I've been genuinely impressed with what a small dev team have been able to make in this genre. I do love my Wipeout clones and hovercar games...

You ranked onEscapee higher than both original POP games. I have no words.

Don't get me wrong, I love onEscapee, but even as a fan of the game I have to acnowledge it's a broken mess. POP1 was a legitimate masterpiece for its time. They're not even in the same league, IMHO.

I first played Prince of Persia on an AT with Hercules graphics on a monochrome monitor. Our neighbors were quite a bit more affluent, and when I went over to their place and saw it on their color monitor (I can not recall if it was EGA or VGA but I would not think it was the latter as the year was late '89 or early '90, and VGA would be too expensive even for them I would think) it blew my fucking mind.

Can't remember, just some dude that the publisher assigned. JM only did the original Apple II version, same with Karateka.

I'm currently in the middle of Quest for Glory I's EGA version. I really like this iteration of the AGI and the graphics are just gorgeous to me. Great artwork, use of the EGA palette, particularly in the night scenes, and great animation. I only ever played the fourth installment back in the day, so going back I can't help but feel like the first game is a bit more humble in scope, but it still exudes the same optimistic charm. However, the EGA version does have some gamebreaking bugs and Sierra only seems to provide patches for the VGA version.

I also started on this German shareware puzzle/adventure called Robot IV: Operation Extratax, released in 1993. I even went ahead and registered, as the original designers are still running a little web shop that allows you to pay with credit card or PayPal to immediatley claim your key to unlock the game. Conveniently they also provide the official hint book free of charge, which I'll very likely need to complete this one! Here's a plot synopsis:

After the third part of the Game of Robot series, the public has taken note of the hero's ability to endure adventures and solve dangerous tasks. That's why he is being sent on an official mission to investigate mysterious radio interferences caused by an old radar station.

While still focusing on the traditional style of complex puzzles, the scenario of Robot IV is more modern and technological than in earlier games.

Judging by the hint book, this game is massive and has about a hundred screens. It has you explore the radar station, collecting clues, keys and dozens of items. The puzzles mostly focus on exploration but apparently also involve things like configuring an in-world computer network... which makes sense, since afaik both creators are computer scientists.

As you can tell from the screenshots... graphics are pretty much designed to make sure people with red-green blindness sit this one out 😆 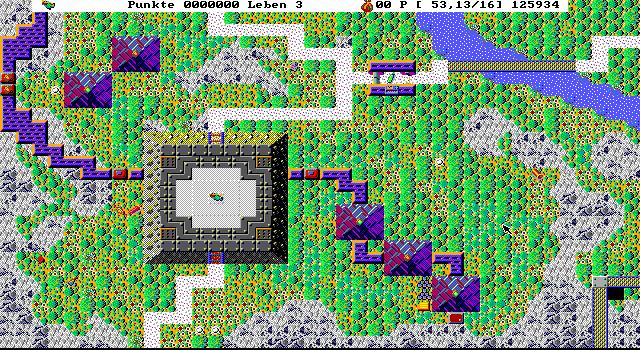 I just bought a couple of XP games

all as part of a Two Thrones Special Edition.

Splinter Cell
The Italian Job - this is pretty crap; trying to imitate driver with the mission styles and even the main menu but the driving physics are awful. It has a great soundtrack though.

Still having a blast with Wizardry 7 DOS. Currently I just finished save scumming in Giant Cave against *SPOT*. He's basically the boss of this cave, a dumb T-Rex-looking pet of the three giants you battle in there. Tons of HP, resistant to most magic, a big bite, but slow and misses often. It takes a full three rounds of pounding on him with some Armormelt and Bless spells thrown in to increase damage per hit. The save scum part is due to two characters leveling up at the same time after this battle, my Samurai and Monk. Bonuses to Attributes and Skill Points are random at level-up, and I wasn't happy with what I was getting. One character would get good bonuses, the other crap. Finally, after about a dozen tries, they both got above-average bonuses, so I took it and am now finishing up Giant Cave.

So far I've logged about 140 hours on this game and it still hasn't gotten old. I know this game isn't for everyone, but for whatever reason, the formula they went with ticks all my RPG boxes. The proof is between this game and Wizardry 6, I've been playing nothing but Wizardry for the past 5 months (at an average of 1.5 hrs/day) and haven't gotten bored yet. The current plan is to finish this game, take a short break to play Wolfentein II: The New Colossus, then transfer my party over to Wizardry 8 to finish up the trilogy. 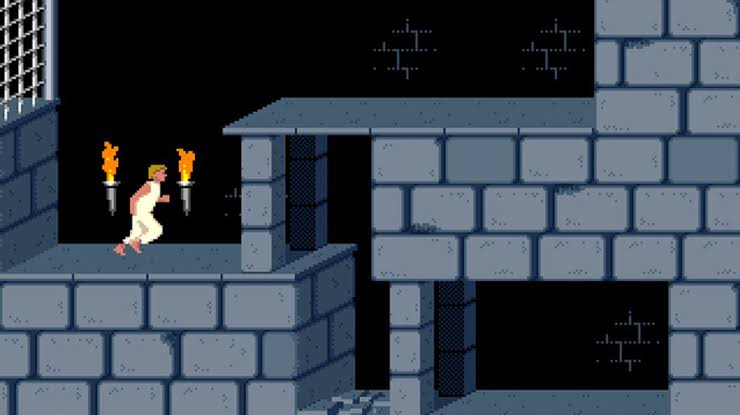 I love this version of PoP, but I never really managed to get to the end of the game.

Finished Halo reach which bored me to death as Halo games do but this is much better. Cut scenes are annoying, audio translation is odd as usual, Easier than bayonetta (I'm not complaining), too many load screenes but it's fun.

Completing GTA3 for the millionth time.

Something unusual happened today though! I was going through a rampage mission. A paramedic team rushed to the scene of mass murder and started reviving the gang members (more frags! Yay!). Now among the dead bodies, there was a brown homeless guy who just appeared in the wrong place at the wrong time. The brown homeless guys are scripted to sometimes engage other NPCs in hand-to-hand combat, and the script triggered after he was revived. So he rushed at his savior with his fists and got killed for the second time, this time by the paramedic. After the encounter, the paramedic completely forgot about his job and simply walked away in a slow gangsta walk. 😁

I love these crazy interactions following a clear, yet very inhuman logic 😀 The other notable (and well known) one is stealing a taxi and then immediately activating the taxi driver mission. The previous taxi driver will immediately feel like he needs a ride and ask you to get him somewhere, completely forgetting it was ever his car 😀