Hello clueless1, and thank you very much! The ending still blew my mind even today, and even though I already knew the twist from reading interviews with Garriott, etc. (the wine I have been drinking may have played a small part in that haha).

I've played all the games on my list and have made some degree of progress in each of them, so I think it will just be a matter of starting them up to see which one clicks with whatever current mood I'm in. I've been trying to get into more modern games like KCD, Skyrim, and The Witcher 3, but have been more in the mood for the abstract RPGs of the 80s and early 90s.

AD&D: Curse of the Azure Bonds (PC)
I decided I'd pick this one back up, as I'd already made a lot of progress in it. I'd previously got two out of five of the titular bonds removed from my characters and was a good ways through the area for the third bond. After a few minutes of getting back into things, I realized why I had stopped playing this one for so long—this third area really sucks! Once you reach the second half of the area you are stuck in there until you complete it... and this involves two difficult back-to-back boss encounters, some unskippable encounters on the way out, and then one final tough boss encounter right before the exit! Making it even worse is that there are no safe places to rest throughout the area.

I almost gave up in frustration, but decided to give it one more try... and ended up clearing the whole area in one go 🤣. I was certain the area was going to just require dumb luck, but in the end careful use of spells was the key.

Now that I'm at what I suppose is the halfway point, I guess I can say that it's a decent enough game but a significant step down from Pool of Radiance. Once you get through the first area in PoR, you really are free to explore the area around the city of New Phlan in any order you like... and then a short while after that have access to the entire wilderness and the several major locations therein. Each area also had varying objectives to "clear" them—sometimes you just had to complete a single encounter to clear the map, other times you could permanently clear random encounters by fighting a dozen or so of them. Other times you just needed to go in and get an item or information.

In contrast, CotAB has a structure akin to what you'd see in your typical SNES/SFC RPG. You can clear the bonds in any order, but there is clearly an intended order of difficulty through the game. Each area also always ends with a boss encounter or encounters. It begins to feel too samey, you explore an area, fight a boss, head to town to upgrade you equipment, then off to the next area. Pretty disappointing in that respect.

I decides to start Azure Bonds. I played every other game in that series to completion.

What sound options does it have on PC? I hope its not PC Speaker only. I might just play it on my Amiga then..

The emotional/character commitment to those games increased when you played through the series transferring your party of characters from game to game.

Reading all the Forgotten Realms books at the time also fleshed out the world hugely in the imagination (+ book/game crossovers and cameos which occasionally appeared, were really cool, meant a lot). Not feasible now as an adult, but back then it was magic.

By the time I reached Pools of Darkness, the overall attachment was massive.

Those are factors which standalone modern playthroughs largely miss out upon, but were part-and-parcel of the whole "ecosystem" experience originally for many players.

I recently (re) played 'soldier of fortune platinum', a straightforward FPS from 2000. It's not a standout but very playable, what i did like were the maps; depictions of grimy undergrounds, complex hi tech bases, castles, heavy industrial sites and so on. But I also liked the multiplayer - i used to play occasionally online with a tiny community (compared to most multiplayer fps games) but trying out the bots on this is an awful experience - they just buzz around, skitting side to side, jumping etc with such tempo and randomness that they give you travel sickness! It makes me appreciate the bots in unreal, quake3 and UT99 that much more.

If you put a 1k logarithmic pot before the pc speaker you get a pretty good volume knob.

Ravenloft: Stone Prophet was a game I picked just because I found it on sale, and I remember clocking a lot of hours into it, getting halfway through but never finishing it. I remember that it used the Menzoberranzan engine, it was a lot less linear and a lot more atmospheric. I was always curious about its prequel, so I thought why not. I got started on a campaign of Ravenloft: Strahd's Possession, and I will probably follow through with Stone Prophet later.

Yeah I've got a fair idea who will show up 😀 - one person anyway - based on whispers I heard earlier bouncing around the game-o-sphere! Going to have to check that out one day!

So many RPGs to catch up on. For example I'm about to embark upon Breath of the Wild, and due to growing up in a Sega household and being a PC gamer ever since, it's the first time I've ever played a Zelda game, ever. In my darned 40's! (the shame..)

Curse of the Azure Bonds
I decided to do some "exploring" (you don't really explore this game, just select points on a map) instead of continuing on with the main quest. For all its faults compared with Pool of Radiance, it at least does provide you with some degree of freedom, including some optional locations. Nearly every town has an optional dungeon, cave, or ruin nearby you can explore, so I decided to start checking these out. Unfortunately, there really isn't much to them—there aren't any quests or interesting encounters or anything, they are just big mazes with somewhat frequent random encounters. Having said that, Gold Box combat is so enjoyable that I really don't mind. Having said that, these optional areas are really only useful for gaining EXP, since you never seem to find any magical equipment after battles.

I was able to get my magic users up to level 11... which is unfortunately max level for this class in this game. At just over what I think is the halfway point of this game, now I think I probably should have dual-classed one of them into a cleric to get some more healing spells. The problem with doing that now is that you need to exceed the level in your second class in order to revert back to your first class—since clerics can only advance to level 10 in this game, I wouldn't be able to switch back to magic-user until I bring my party forward to the next game. I'd do it anyway, but so far the boss encounters really require that you be able to quickly disable a lot of enemies quickly using magic-user spells, so I feel like having just a single magic user would make the game much much more difficult at this point.

I actually am really enjoying this one now. It's just the Yulash/Pit of Moander section that was a drag.

Finished Loom EGA with MT23. What a beautiful game. I am amazed it did not inspire many or any similar games over the last 30 years.

Yesterday I've finished KOTOR. Thanks to home office, it only took me a month.

Now, however I started "Warframe before it was cool". After a 40hrs long semi-turn based RPG I wanted something short and fast paced. 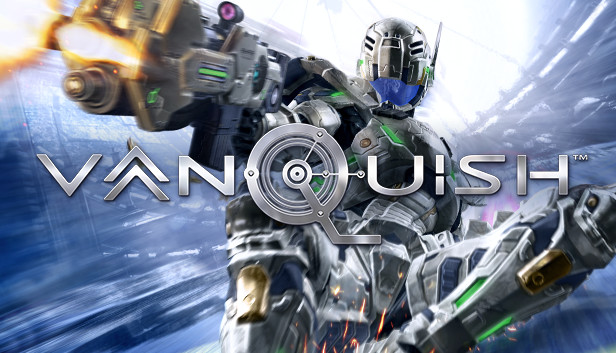 Only 1hr in, but it's very enjoyable so far.

Now play Dirt 3. I like it much more than Dirt 2. It was surprisingly boring and monotonous, with a terrible menu. I did not understand why this game was so fond of many.

I've started playing Pieces of Eight with an Apple II emulator. It's a text adventure that was made for an Australian government education department in '86 for use in schools. I vaguely remember the game from when I was in school along with Transylvania being the only other. Any other slightly old Aussies remember this game from school?

I think I know which game you are talking about. I believe I had a boxed copy of that many moons ago. It was similar to Biosphere on the TRS-80. The one I'm thinking of is not SimLife either. MS-DOS? Correct? Man, now it's going to drive me crazy.