Is there interest in such a thread? Is such a thread kosher with the terms of use for this forum? Such a thread might help in discussions concerning value. I think it would be interesting to keep a running log for how much popular, especially rare, vintage computer hardware items have sold for, either on eBay, CPU-World, private, etc. If pasting auction links, it should be for closed listings only. Do not paste links for any current for sale items, be it auctions, online stores, or otherwise.

I think it would devolve into the eBay sellers having a place to go to find a list of prices so they could try marking them up even more instead of doing their own research to find what they should sell stuff for.

And then when the stuff doesn't sell for what they think it should sell for, they cancel the sale and say it was because the item was damaged/whatever. And then you see the same exact item from the same exact seller pop up with an even higher starting price a few days later. No, I'm not bitter about some of the jerks that sell on eBay.. not one bit.

Yes I'm sorry feipoa but I don't think it would end well. Discussion around the market value is what seems to get people all worked up.

There have been discussions about how to handle threads like this on the mod section. Closing the Ebay thread didn't make the underlying need to discuss selling and trading go away, it's a part of the hobby, so naturally people want to talk about it. Previously it was in two threads (ebay and bought retro items), but now the Ebay section is spread into multiple threads weekly for each individual item. For a mod perspective, having it more centralized with rules in place can make it easier to manage.

If such a thread were to exist, how do you see it function?

My personal input on how such a thread would work (not the mod team) is a single rolling thread were discussions of ongoing or ended sales/auctions are allowed with discussion revolving mainly around the ITEM being sold and not rants on the value, price gouging, buying/selling rants, etc. No links to ongoing sales allowed, but it can be posted afterwards. No lists allowed in the thread, which makes it harder to do the research.

This post should not be interpreted that such a thread will open, but would like to hear some feedback/input on it.

The problem I see is that 90 days after a listing ends all a link will go to is this.

I agree that buying/selling/trading is an essential part of this hobby. How else are you going to get the hardware you want? And how are you going to get rid of the hardware you don't need anymore? Personally, I would have no problems with a marketplace subforum where people can post eBay links or personal ads and discuss them. I mean, if you don't like it, you don't have to read it. In fact, having personal ads on this forum would probably lower prices, because there would be more hardware offered, increasing supply.

I "blame" it on different income (in the World)... Somewhere 1000€ is just a spending money. Where as elsewhere it could be 2-3 month salary.

Some can spend a lot and won't care if they overpaid it by 2X or 10X... just to get what they want. "Problem" with the eBay auctions is when at least _two_ people really want something, then the sky is the limit - as seen many times.

Interestingly I was in a few auctions that till the last minute were really low. I made my bid in the last seconds like 2-3X times the current bid. But it wasn't high enough. The previous highest bidders bid was still higher then mine. But if I wouldn't make my bid it would sold for that low price. This goes both ways as sometimes I won something for low price or sometimes I still won, but at higher price as someone made a last second bid. Point being that you can't know what is cheap and expensive on only a few auctions.

As my wish list is pretty much complete - there are a few items on it, but I think I'll never get them in my price range. So I don't care any more 🙁

In the last few years I mostly hunted the web and forums and hoarded stuff... Now I have a lot of everything and it's time to actually begin using it - but I need to find the time!!

I'll probably sell the excess to get some of the money back - renovating a house is much more expensive 😉 But selling takes time that I don't have... And I even don't want to sell for cheap as it takes more time to test, pack and ship in the end (time = money).

I had typed a detailed response a few months ago, saved it in notepad, forgot about it, then it disappeared. My idea for the thread would be similar to how vetz described. The purpose is for curiosity and to keep a tab on how items in your collection might be worth with passing time. As was pointed out,there is only 90 days to search completed listings, so for rare items, you have very little to estimate value on. You don't necessarily need to mention a rare item that you paid a tonne of money for, but if you see something rarish and of collector interest (which has already sold) share your finding.

It is essentially the "bought these retro hardware today" thread, but with sold values, and targeting more sought-after items. There wouldn't be much value in saying that you bought a 3.5" floppy drive for $5, or a Vibra16 sound card for $3.

I personally think it is worth a go, but if the spirit of the thread is somehow abused, close it down. As components from the golden age of computing (1990-2000) become harder to find, I envision people will want to know how much value they have in their collection from a hobbist perspective. 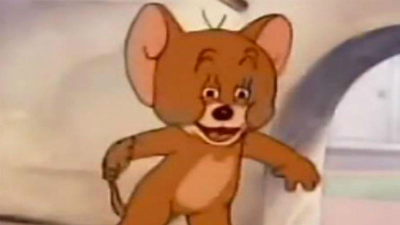 I'm sure I do what most do here, decide they want a bit of hardware, add a few to their watch list to get an idea of an average price over a period of time then bid accordingly.
Extending that idea out onto the forum

I guess if you simply posted the item, the price it went for and the link to the finished auction (as proof) even when the link is dead the info is still contained in the post.
Just as long as the rule of no links to currant auctions was followed it may be in with a chance?

Definitely a serious amount of money. One caveat though - the description mentions hardware from the seller's test system also being available, so it's possible the buyer could have negotiated some of that stuff into the deal before they bid.

Yeah, thank god for emulation. Now that we have PCem and 86box which are able to emulate high-end 486 machines nearly as good as the real thing (in my opinion and from my experience), there won't be a need for a real 486 machine if you're on a budget. 😎

We also have pcbi for pcem to virtualize the hardware putting together. Solid combo for cheapass retro.

I'm always on the lookout for stuff that is selling way below "market value".. aka, was just posted and I come upon it and buy it immediately because I know it will be gone withing 5-10 minutes if I don't.

Anyway, there are still good/great deals to be had.. it just takes a bit of work and "luck" to find them.

On another note.. I am still kicking myself for giving away a bunch of old hardware around 5-6 years ago.. and a bit before that at least 3 AWE32 cards.... stupid. stupid me. My AWE32 collection would probably be complete if I didn't get rid of those... and they were most likely the more rare ones to boot. grrrr.

You need to click on the link as part of the word "listing" on that eBay link, e.g. "The listing you’re looking for is no longer available. Check out this similar item we found for you." For some reason, eBay has gotten pushy with showing the next not sold item.

I know they are rare, but ships from Hong Kong and just about every pin has corrosion on them. The corrosion doesn't always wash off entirely and sometimes it gets under the gold, making the pins really brittle.

I was browsing around CPU-World this evening and a thread caught my eye, "More rare Intels for auction". It seems that the Cyrix 5x86-133/4x isn't the only chip which fetches a pretty penny. http://www.cpu-world.com/forum/viewtopic.php?t=31702

I personally don't have any interest to collect these, but others do.