Sw rendered Unreal? 😁 I saw it ages ago.

Gamma correction: as it turned out, D3D12 swapchains don't support native gamma calibration (unlike D3D11 swapchains), so dgVoodoo can only apply it as a frame-postprocess effect, like in windowed mode.
However I didn't want to force it in D3D12 because it caused measurable frame drop with some games in the 1000-2000 fps domain and it would have been a pity to always waste extra resources even for cases when the gamma curve is almost the same as the default (identic) one.
So, yes, currently "inherit color profile" is the only way to have it working.

SW renderer of Unreal can be done *without* DDRAW.

And about Chaos Theory? Why your patch fixes the black screen too?

And about Chaos Theory? Why your patch fixes the black screen too?

TBH, I don't have a clue... 😁 I forgot about the fact that I silently used my patch when testing this game.
I gave it another go with the unpatched exe and it just crashed for me, as expected.

As for the timeframe: both with D3D11 and 12 it's quite smooth for me. Not perfectly, like a dead's ECG and D3D11 seems to be a little bit more noisy in the menu.
But I don't really understand what frametime measures exactly: if it's vsynced to 60fps then frametime why isn't just constant 16.6ms? And how can it intermittently spike over, into 17.x ms? 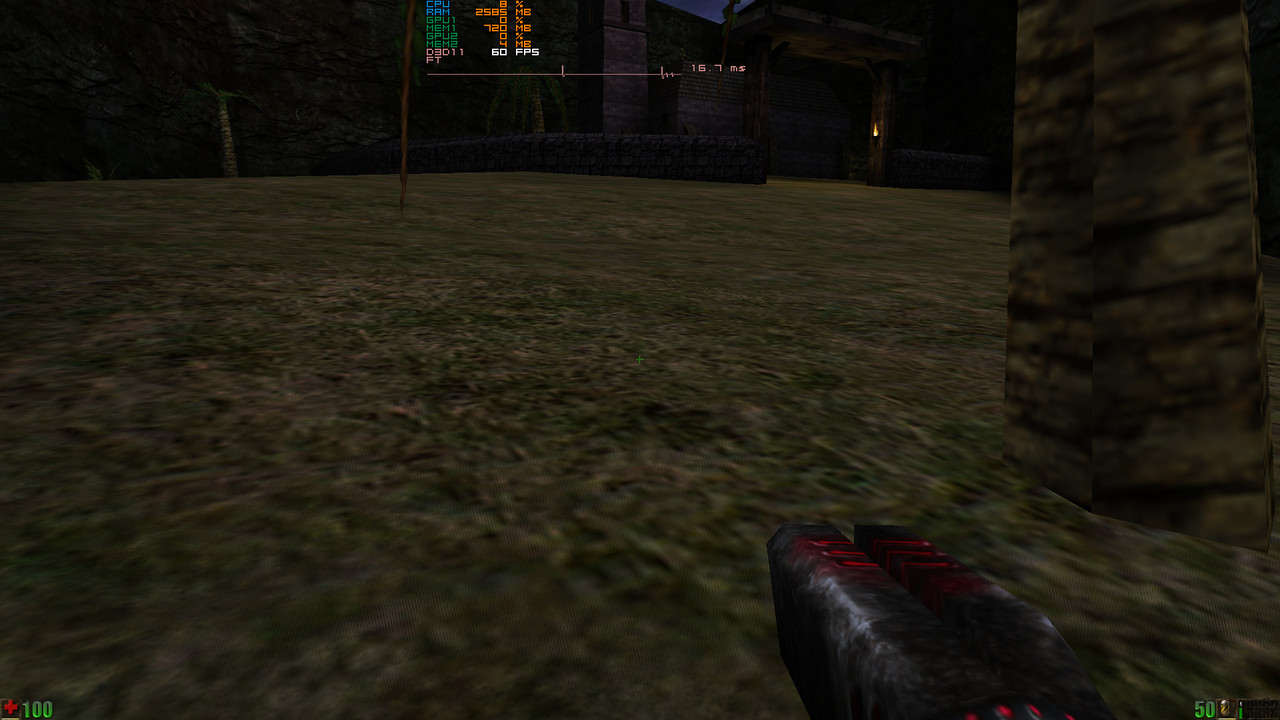 You can notice the issue 'cause it shows itself as a subtle flickering of the terrain.

Radeon does NOT have the white texture issue in Aquamark and D3D12 PLUS the performance is stellar!
So the problem is tied to D3D11! 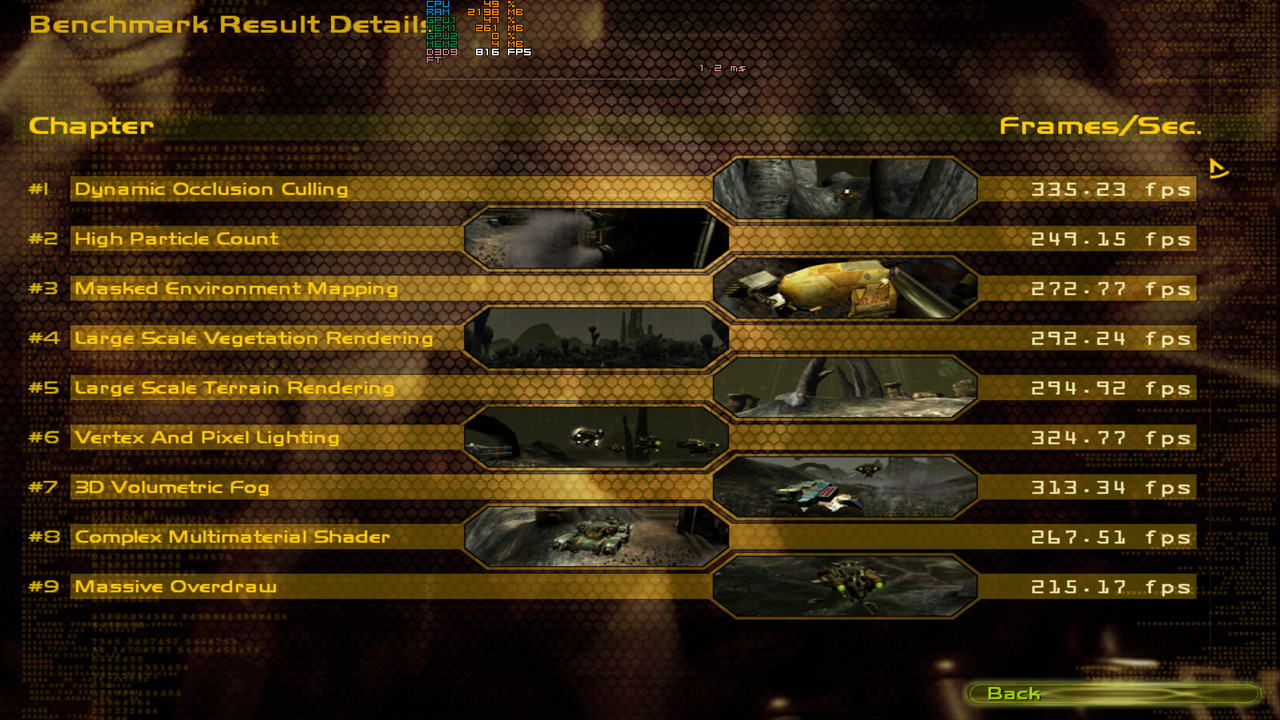 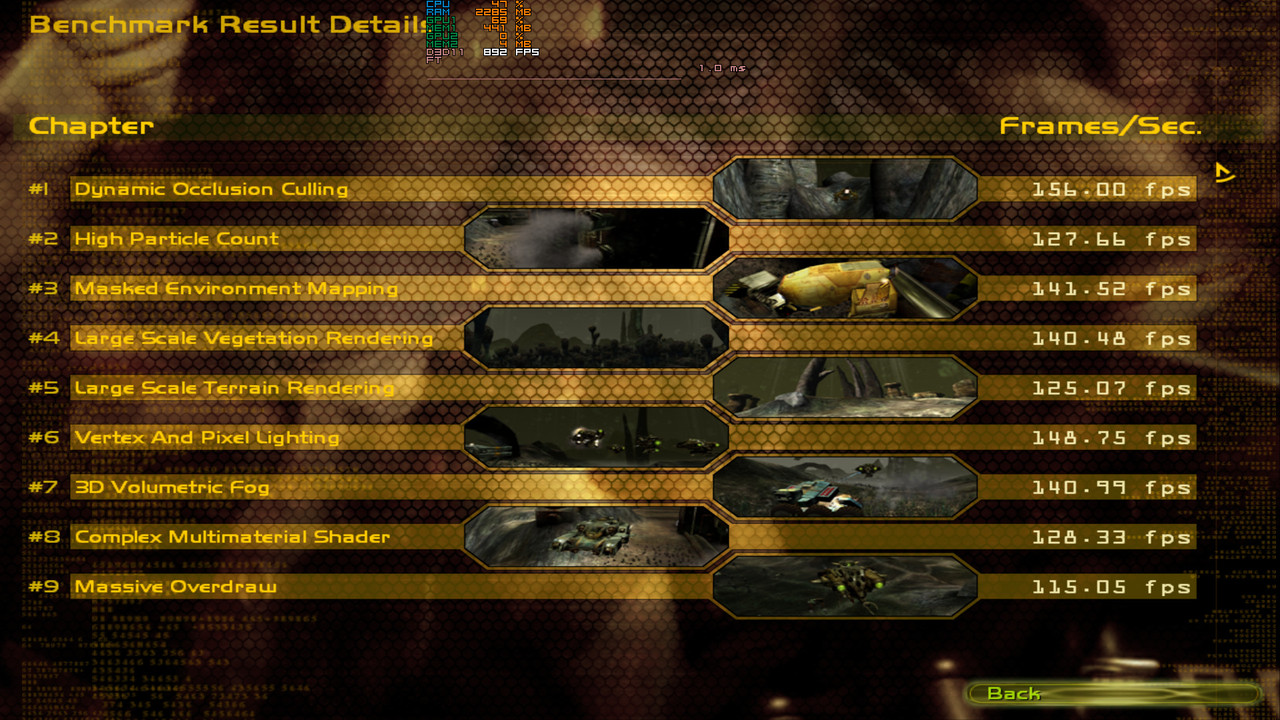 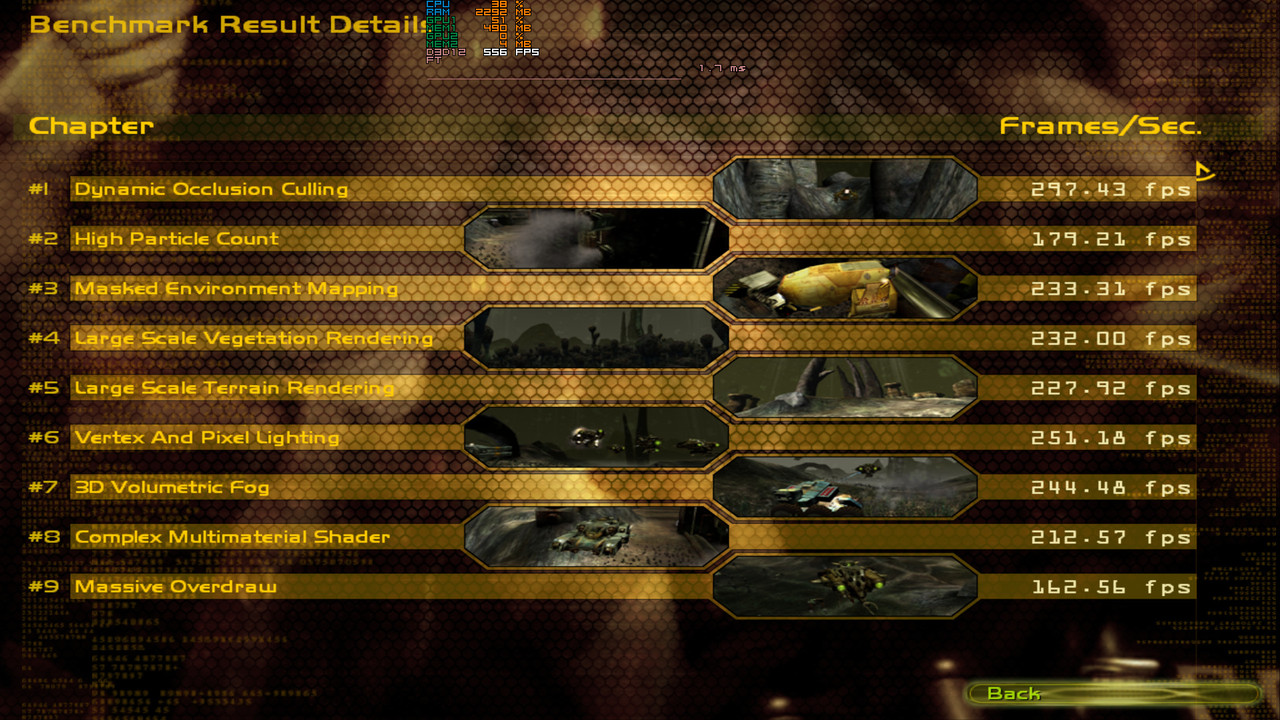 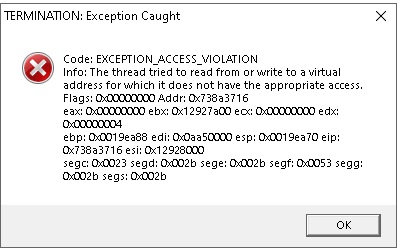 Thanks for the report!
As for the performance, generally speaking I'm not really confident with D3D12 (vs D3D11). At least, not on my GF card (but the situation can be different with AMD).
I have a few stuffs at venture where D3D11 gives more fps than 12. The GPU usage is somewhat larger in spite of both 11 and 12 are driven by the same shaders, etc.
I don't know what the exact reason is. D3D11 shaders are not converted to DXIL while 12 are + nVidia D3D11 implementation is insanely optimized. Maybe such things?
Some recent driver version even seems to give more power(?), as I get much more fps's with D3D11 than previously (on this occasion, I'm not happy with that 😁).

Fast vidmem: yes, I already fixed it. D3D12 + compressed textures crashed. Also, I discovered a regression bug in DDraw, it's also fixed (Jazz Jackrabbit2 crashes with fastvidmem access, with any backend). AFAIR, somebody already reported it but I couldn't reproduce that so the whole 2.6.x series is affected.

"White stripe" forcing AA in SWAT 4 on GeForce GPUs too! 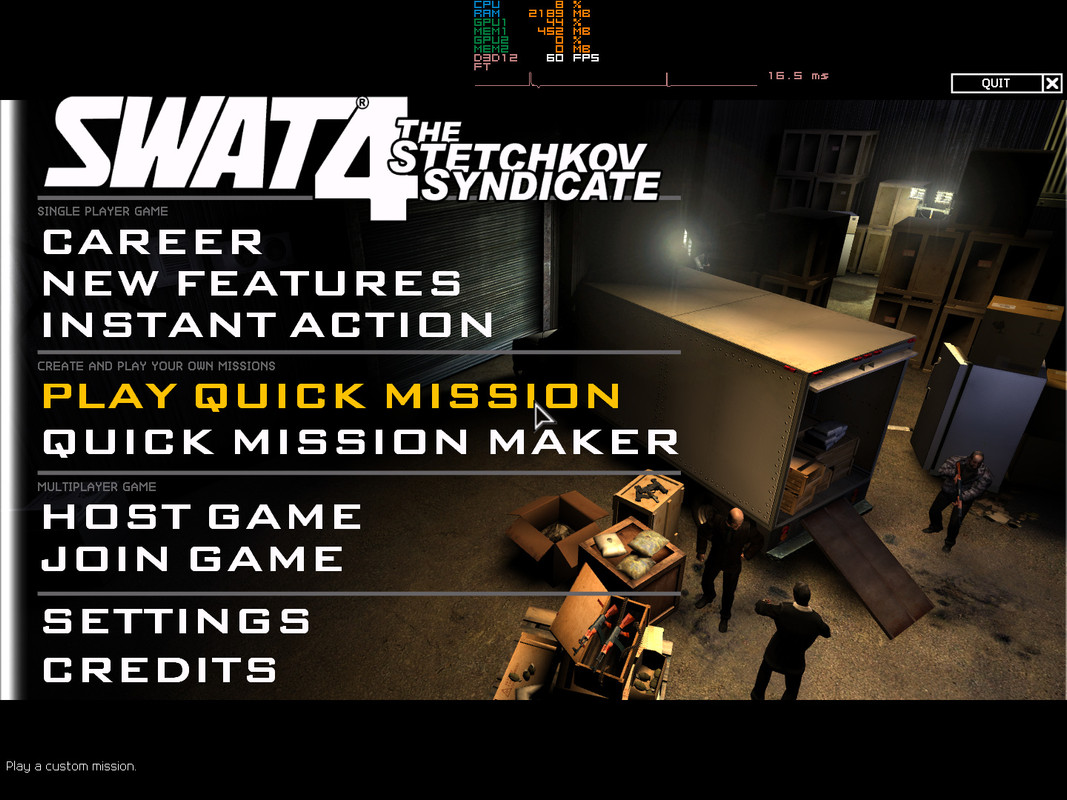 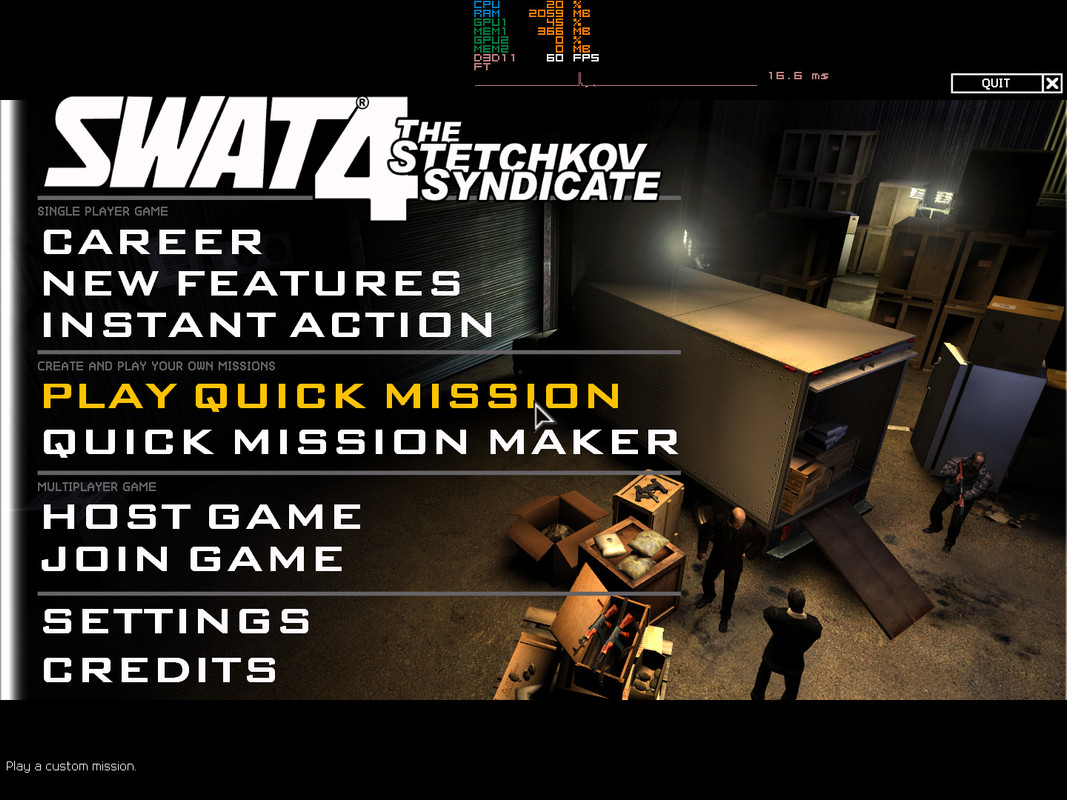 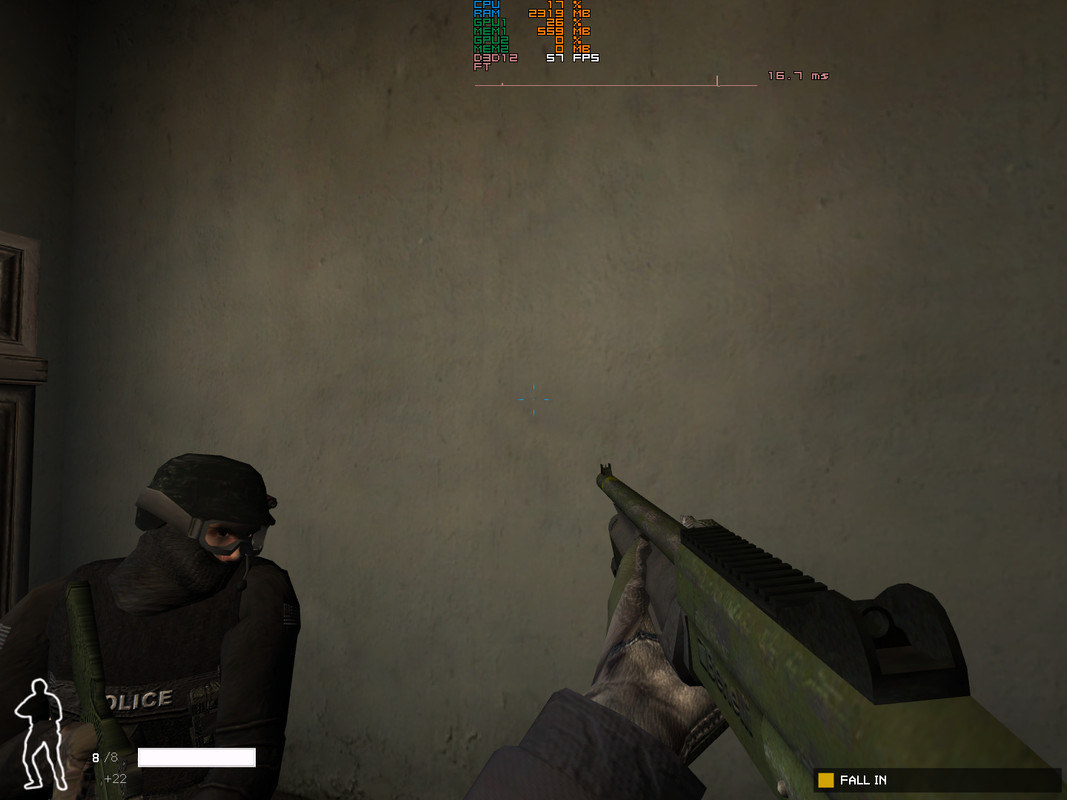 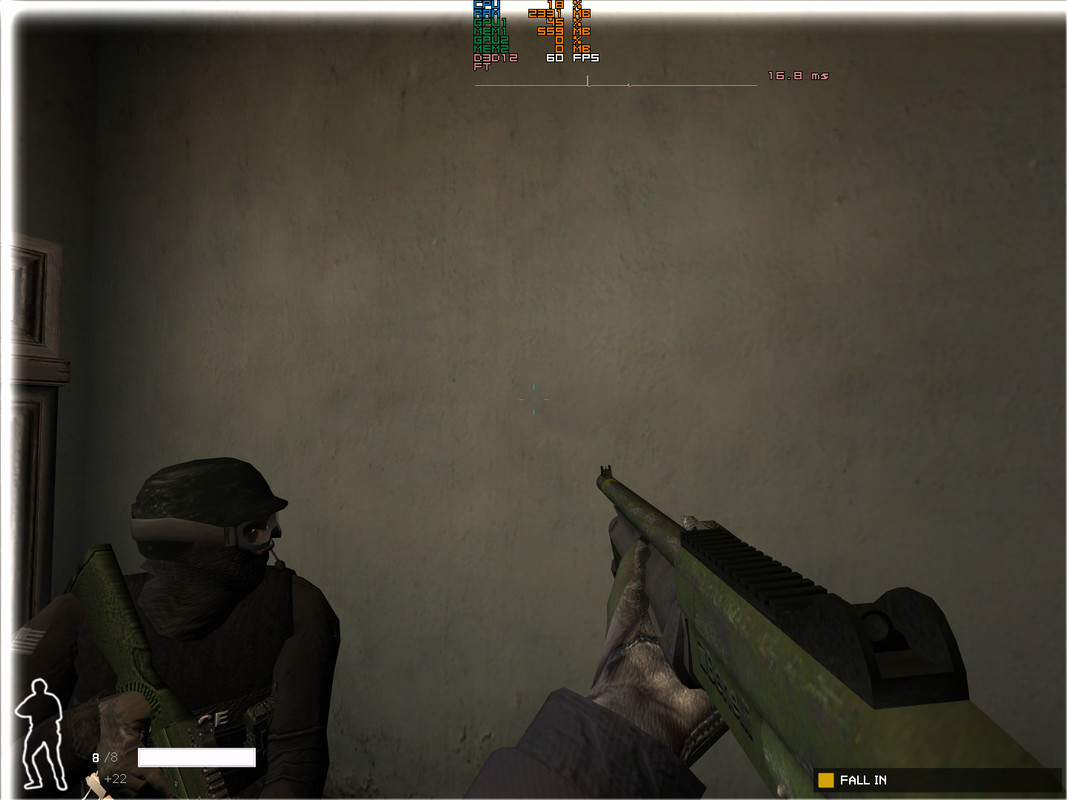 Tanktics now works well and even with a stretched screen, the rainbow issues are gone.
But the game now has flickering ui issues.

Does SWAT4 need some particular settings (game and dgVoodoo) to reproduce this?
It seems to be an artifact from resolution forcing/MSAA or sg like that. Btw, I may have tried it only at native resolution and that's why didn't get that result.

Forcing AA 4x, no other than that!
The strange aspect is viewport(?)-dependent as you can see from the 2 screenshots.

Thx! Good news! I can reproduce it with WIP74 but not with the current dev version I have.
The reason must be the fact that I sorta improved the wrapper 2D part that weren't compatible with MSAA (e.g. DDraw blittings were rendering on pixel centers instead of 'whole pixels').
(I got a feedback about that Dungeon Siege had a similar problem with shadow textures when MSAA was forced.)

Question: why D3D12 wrapper does NOT have issues with Aquamark on AMD but D3D11 one does?

You mean the white-texture issue? I don't know but I have a guess that AMD driver has a bug somewhere internally in mapping DX11 srv-binding table to srv descriptors. With DX12 it's handled directly by dgVoodoo.

So potentially D3D12 wrapper is more reliable on AMD GPUs......I hope so! (cause I'm really interested in Renoir APUs :p )

Wondering if any of your fixes noted on this post, might solve an issue I myself and others have encountered in the past few months with recent Starfleet Command 3 installs on Windows 10 devices that have DirectX 12. I installed the Microsoft DirectX® End-User Runtime update that Mircosoft claims back-fills for any missing drivers, but it doesn't appear to have fixed the problem and/or DirectX 12 just ignores it. From what I've read, it seams DirectX 12 doesn't support older games at all. If the above zips could fix the issue (see below), what files and where do I drop them specifically? Do I need to put them in both the 64 and 32 bit folders on my system?

To clarify, the game after I install plays fine (full screen, etc.). The issue I'm having specifically, is that the texture renders are incorrect or non-existent; no apparent loading of the textures from the "Space" folder, weapons/shield effects have muted tones and the ship renders are missing. Strange thing is, if I copy over my mod files to replace the Taldren Assets/MetaAssets the ships show up, but still stuck with the other texture issues.

What I have in the game directory for your review:

This is what I get after installing SFC3, the Taldren patch, the Starfleet Command 3 HD&Gamespy Patch [https://hotandspicyforums.com/starfleet-comma … tch-t18931.html[/url], and the dgVoodoo2 files: D3D8.dll, ddraw.dll, dgVoodoo.conf everytime I play:
What I have in the game directory for your review:
SFC3 2020-07-22 20-38-15.png

Hi
I don't see d3d8.dll in your folder. Did you copy to the right place?

And I recommend move dxgi.dll to other place to disable Reshade for testing.