Hello!
I was trying to reinstall Win98 on my junkbox (signature) and everything goes normal up to the point it asks you the time/date. First of all, it reports the year as "80", though sometimes it reports it correctly.
That doesn't change a thing however, and I had that "80" problem before in several systems, VMs, and PCem and everything went fine anyways.

Anything I try to do here results in a BSOD and the installation failing completely. And I mean anything, just clicking randomly results in the same BSOD. 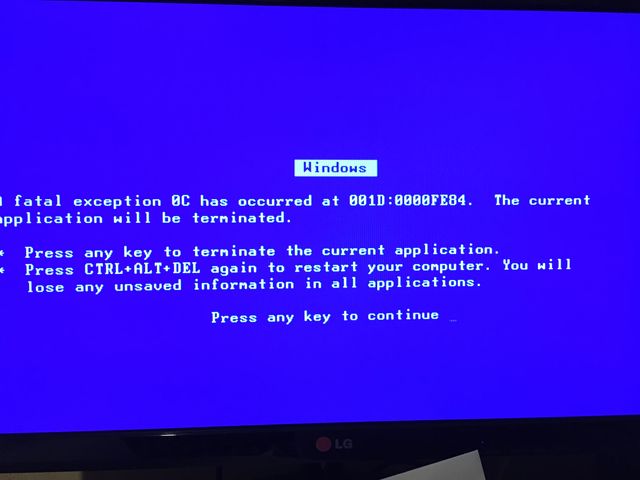 I can restart the system and it may attempt to continue installation but it keeps failing, sometimes after a lot of reboots it ""may"" be able to boot into Windows but eventually something fails (when I try to install drivers for example), always the same BSOD. I have the same hardware, even the same installation media and everything and I know for a fact this system is able to run Win98SE without any issues whatsoever.

The motherboard BIOS is the latest and I tried clearing the CMOS, without the video card/sound card, only using the minimal stuff, etc. You know, the usual. Nothing changes.

Just for the heck of it I just now installed XP SP3 and that went smoothly. Hiren's boot CD also works, and I should have Windows Me and 2000 installation media somewhere to try, but I haven't (yet).

EDIT: I was able to finally install it somewhat okay, after a bunch of tries, at the part it would BSOD, restarting the system made it continue without errors and booting to desktop fine.

I was trying to reinstall Win98 on my junkbox (signature)

Going beyond 512MB is too much.

Reply 2 of 11, by Zaphod Beeblebrox

I was trying to reinstall Win98 on my junkbox (signature)

Going beyond 512MB is too much.

Yes, I know. But I never had a problem with this machine, not like this at least (during install). It always had 1gb and ran 98SE with no critical issues.

Reply 4 of 11, by Zaphod Beeblebrox

Not that I'm able to see with my bare eyes, at least.
Sadly I gave away most of my old stuff so I can't test with a smaller RAM module or another HDD.

What I don't remember is if it's related to the BIOS version. But I don't have an EEPROM flasher available to downgrade it, not sure if I can do it from DOS with the asrock provided utility.
Tried changing the date to '99 just in case but didn't change a thing.

It BSOD's always at the same installation stage, but if I just Ctrl+Alt+Del out of it, it seems to continue fine after rebooting. I was able to install it twice today now, no more issues. Weird. It's never happened before.

I recall some workarounds to limit how much memory Windows and it's installation are able to access, maybe I'll try that tomorrow.

Thanks to everyone who took the time in reading and replying!

Try to install rloew's RAM patch (PATCHMEM) after the first reboot. There's instructions in the readme file (basically just running patchmem.exe and wininit and then reboot to continue the setup).

That will at least rule out an issue with too much memory.

Reply 7 of 11, by Zaphod Beeblebrox

Well I went on with the PATCHMEM thingy and now while the Date and time part came, it did show the year as 80 and it BSODd but the installation went on anyway just after pressing Enter.
However, after completing the installation and rebooting, I get a Windows protection error now.

I might just scrap everything and scrounge a better retro box, this trash just isn't worth the time anymore.

Thanks again to everyone.

Dead or dying CMOS battery? A low voltage there may cause strange behaviour...

Reply 9 of 11, by Zaphod Beeblebrox

Dead or dying CMOS battery? A low voltage there may cause strange behaviour...

That would have been my first guess but it's a fresh new one.
RAM seems to be okay as per Memtest, no bulging capacitors...
Also tried an older BIOS (1.30 in this case), no change.

Hard Drive was acting strange, it has a mechanical failure (sometimes throws calibration errors if I'd was actively monitoring it) but no bad sectors.
Optical Drive was also acting strange, but I've tried installing both on and off from it and the result was the same. It always BSODs at the exact same point of the Win98SE installation.

Old AsRock mobos tended to be crappy so I'll just take a wild guess and say it's dying. Though it works fine once an operating system is installed, which is weird.

Oh, and Win2k and XP both install fine without any issues. Haven't tried Me but let's just not go there.

That did it! no PATCHMEM needed either. 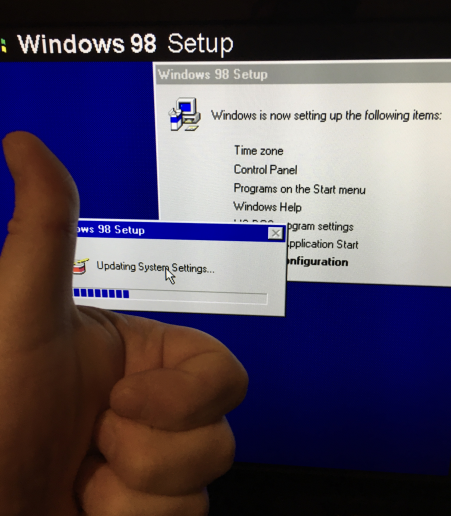