I've got this TV off of Craigslist for $25. It's a nice set but the image is compressed into about 1/4 of the screen in the middle, with a bright horizontal line above the static.

I think this indicates a problem with the vertical circuit.

This week I will replace various electrolytic capacitors on the board to see if I can fix the issue. Otherwise I am not sure what I will do.

Anyone have any other tips on how to fix this based on my description?

well... did you already look what vertical linearity can be adjusted?
I had even TV sets that were completely OK, just the linearity pot was cracked and thus the linearity was way out of the normal.
And I really rarely had to change caps, and if, usually no electrolytics.
The 1950s-1980s caps were definitely better than the later ones 😀
(well, except of some notorious Y ones that liked to kaboom 😀

Zenith is worst of all using their specially designed semiconductors and Zenith also used their unique part numbers and they have very bad about the solder joints. When I get any of these Zenith at former job eventually hated them so much as I had to fix to their liking. Some keep coming back, Ditto to their arcing CRTs killing vertical IC. True story. I finally put repair ban on them.

That said, How is the CRT color quality? None of blooming at all?

Second, the compressed into horizontal lines is vertical IC circuit issues. Do not run in this condition till you replace 100uF 35V capacitor that is supplied by 26V via a diode with both legs connected to the vertical IC. Once this replaced you can hunt every thing down to fix any other issues.

Any large hot resistors must be desoldered and have their leads scraped clean then soldered back in.

Zenith is worst of all using their specially designed semiconductors and Zenith also used their unique part numbers and they have very bad about the solder joints. When I get any of these Zenith at former job eventually hated them so much as I had to fix to their liking. Some keep coming back, Ditto to their arcing CRTs killing vertical IC. True story. I finally put repair ban on them.

Mhh this reminds me of the old TV repairmen's motto back then in the 1970s, 1980s "Von Mende, da lass die Hände" (From [Nord]Mende, leave off the hands).
There were some brands I never picked up when I was at school and earned a lot of money by collecting TV sets from the street, repairing them and selling the good ones.
Notably, Blaupunkt, Nordmende, Saba, and the like were mostly bad (and got much worse after being bought by French consumer electronics giant Thomson).
In America these brands probably are little known.

I usually just vented them just for fun (I think everybody loves the hissing noise 😀 ) when I found them, and took the HV cascade and thyristors or tubes (but only those of good brands like Valvo), unless they were very new and there was an acceptable chance that the CRT were not too worn out.

To be just, Saba was not bad before they got bought, their 1967 first color TV was extremely good. 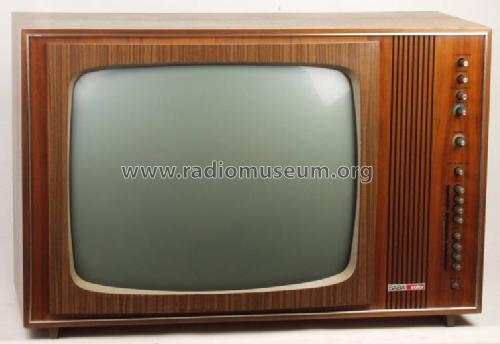 It had separate HV and horizontal deflection circuits. The HV was always stable, no annoying picture size variations depending on the image changing. Absolutely ideal for home computers, too. If it were not that heavy, I'd have got myself one back then. Today they are very very rare...

Maybe you know Philips? These were infamous for their bad PCBs. Traces lifting off by themselves, getting micro cracks (leading to lack of continuity), and replacing components took extreme attention/required extreme care to avoid the traces going off. Aside of that, they were usually quite good.

Other brands I really liked to repair were, for example, Grundig and Loewe. Good quality, not cramped, it was easy to take measurements and replace parts, repairs normally went quick and smooth.

What you wrote about the resistors used by Zenith sounds like cheap ones that oxidize even at the soldered wire part. Such bad stuff was not even used by the worst German manufacturers... but, well, the worse ones used tube sockets that one occasionally had to be treated with aggressive flux material to get them resoldered for acceptable/good contact.

What was even more annoying with these particular brands was their "quick start mode" with continuous cathode heating.
Weak cathodes and 24/7 heating, the CRT were often trash after only 2 years.
Well, I guess then such must have been typical for Zenith back then, too 😀

Reason I was saying about hot large resistors is some makers used it for large voltage drops to supply different low voltages and they heat too much and thermal cycling breaks the solder joint and corrodes the resistor's leads makes them not solderable or poor solder connection when resoldered. For this reason, I said remove these and scrape their leads till you see bright metal.

At one time RCA used rivets for no reason even it is not used for double sided and the best approach is wick away all the solder and use jeweler's polishing rubber or rubber ereaser and rub till the rivet is bright so solder will wick onto the metal better.