Hey all! It's been nearly a year since I last posted here.

I have owned several HD3850 AGPs, the cheapest one (10$!!!) died after about a week of use. The other two that I have acquired recently still work.
One thing I have been trying to look into is keeping the RIALTO bridge chip cool.
When you do some research online, a lot of people suggest using a big heatsink with active cooling, others say that it's fine without any cooling and it can be left alone.
I noticed that my chip gets up to 133 degrees (Fahrenheit) under full load, and it sits around 97-99 (Fahrenheit) on idle.

I decided to order some small heatsinks on amazon and experiment. I didn't do my homework and what I ended up with was a lot smaller than I had anticipated... But hey, it still covers the bridge die! (case fan screws for comparison) 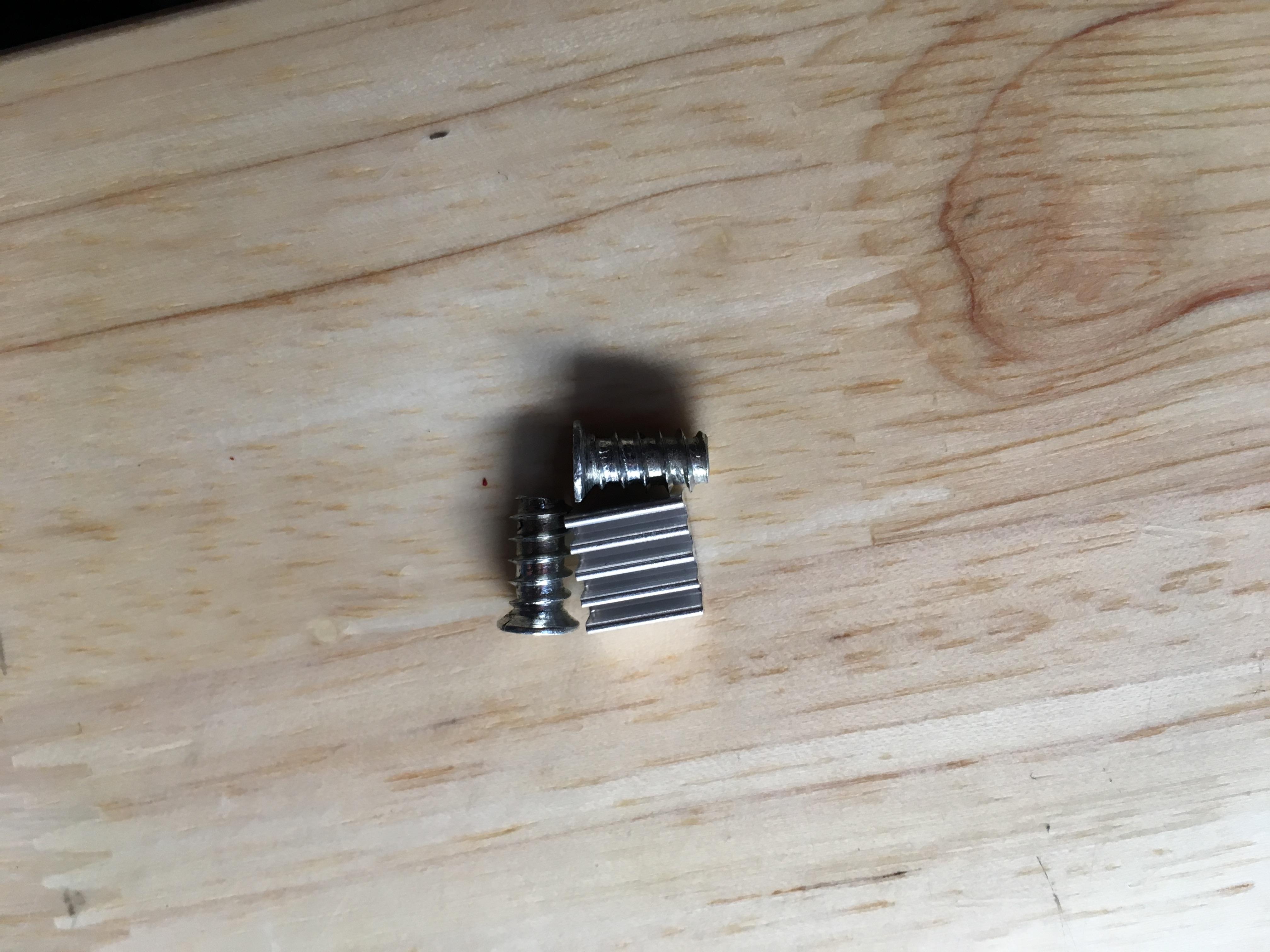 I put some thermal compound on the die and carefully stuck my cute little heatsink to the pink pad (in this pic there is no TC, I just stuck it on to test fit).

I fired up Call of Duty: World at War for some testing. After a few rounds of Der Reise zombies I used my temperature gun on the little heatsink and saw that it was at 136 degrees!!!! Shortly after this the game crashed, and I could not get back to the desktop, but I could still move my mouse. A system reset was needed. I should also note that as soon as it crashed the RIALTO chip temps dropped drastically, and it wasn't until I reset the system that the temps came back up.

So I took the mini heatsink off, cleaned the RIALTO die, and played some more zombies without any issues. The highest temp I saw on the die was 133 degrees. No crashes this time!

A few questions...
-Is that mini heatsink doing more harm than good?
-Would it be worth it to invest in a bigger heatsink?
-Would improved airflow have any positive effect on die temps with or without a heatsink stuck to the RIALTO die? I am building a slightly faster AGP system that will be housed in an Antec 300 with 2x120mm front fans VS my currently very dated generic no-name 2002 case with one tiny front fan that is blocked by my hard drives...

I am sure a lot of you here once owned an ATi based GPU with the infamous flamin' RIALTO bridge chip. What are your thoughts/opinions?? is 133 Fahrenheit too hot? Or do you think that it's nothing to worry about?

I'm also surprised that adding a heatsing increased temperatures but maybe it wasn't mounted well or restricted airflow or got close to another hot component?
You have to keep in mind that as long as it's not moving air will not conduct heat very well.
Passive air cooling relies on convection to transport heat: Air meets a hot surface, absorbs some heat and in consequence rises and gets replaced by cooler air.
However on a horizontal surface this effect will be reduced. This is why in this case with a low TDP component I would opt for generating better airflow over the component before adding a heatsink.
A heatsink will help mostly if the surface area of the component isn't large enough to transfer enough heat into air. At some point you can't replace the air that's in direct contact with the surface fast enough. In this case you need a good heat conductor to increase surface area so more air makes contact with the combined thermal mass. I don't think this is the issue with this chip though. Try getting some direct airflow on the die and see if it solves the issue. 😀

Thanks for the input, all. 😀 I will see what happens when I get my newer ECS motherboard and set it all up in the Antec 300 case. I plan on using the side panel fan draw cool air into the case and it should hit both the top and bottom of the GPU.

I realize this, so I made sure the gap was filled with thermal compound. Though I am not sure how effective that is.

Thermal paste is NOT meant to be used between spaces that are not properly pressed together.
If you have any gap between metal and die, just cut a 0,5mm thermal pad (or 1 mm one) to it's size - it will be way more effective than a thick layer of paste.

Just wanted to give an update. My new AGP system is built in my Antec 300 case with a 120mm sidepanel fan and it is MUCH better now in terms of thermals. The 3850 is now able to actually occasionally idle without running its fan. Under load it still gets hot but not as hot as it was before. I guess it goes without saying, proper airflow is EXTREMELY important. 😀