How to Run Anachronox on XP

Anachronox is one of the most wondeful 3D worlds and games created yet, unfortunately there is less and less access to information about it, as the Planet Anachornox Site is now morbund and archived...so here is help to keep this classic runing:

Many more recent FX cards and drivers wont run Anachronox without some tweaking. You can get an older driver but there is an easier way:

You can set the OpenGL settings to a custom setting that will work with nHancer. Also it helps to get all the patchers, official, 1.01 and 1.02 and the three unofficial patches, 44, 45, and 46 (45 is hard to find so you can get along without it)

The patches are all here in a special pack i made:

and you can get nHancer here:

nHancer detects all the games and programs on your system but......

You will have to create (Add Profile) a profile for Anachronox as nHancer wont find it, as it installs directly into C Drive instead of Program Files. Once you direct the profile to the Anachronox Exe you will be able to makes a custom set up file for Anachornox that will run the game on XP.

Highlight the Profile for Anachronox on the list, than to to the right and chose the Compatability tam and then the Opengl tab.

At the bottom of the list, you will see a special section for Driver Extenstion Limit:

Be sure you only change the setting for this one game and not in the Global Tab or all your games will be changed.

Now you can run Anachronox with FX cards on XP just fine. If you want to see discussuoion about this, we had an older thread but it got locked not sure why:

Anachronox will not start any more!

Well i just wanted to be sure this great info was available, for this fix really works and is the best I have found yet for Anachronox on modern systems. I will try to get the archived Planet Anachronox info collected and saved also as soon as i can.

I have found an area on the planet of Sunder that you can get to from the main game path ...and you get to explore a new area of that wonferful world. It is a gap in the collision at the edge of the player route that opens up after a NPC leaves its location on the conclusion of a conversation. I am sure players of the game will remember the scientist with the antigravity shoes and what happens to him. Well if you go to that spot, 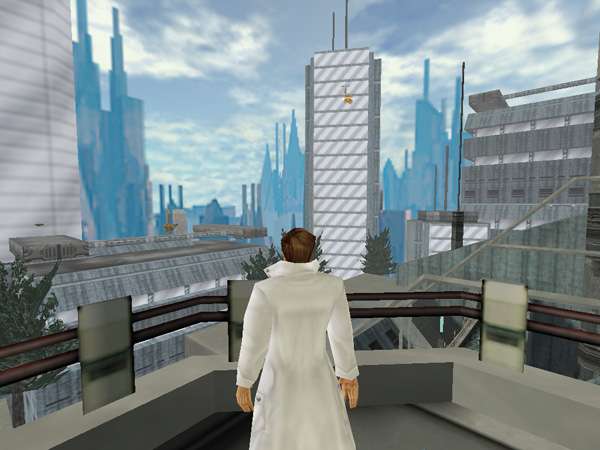 and wait until he is gone, you can then jump down to the lower slidewalk and explore a nicely detailed new area and see more of the city world. Enjoy. 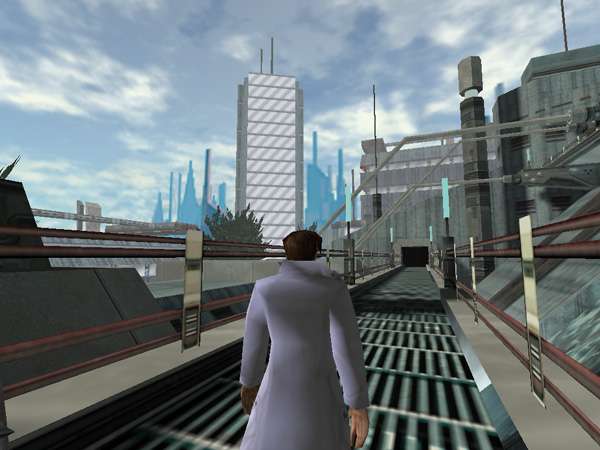 I have also made some progress in getting in touch with Tom Hall the writer of the game...and the guy who holds the secrets of the sequel 😀 More to be revealed i hope.

good luck
ps: you are aware of anachronox the movie
http://www.machinima.com/film/view&id=231

Yep i have read about it, avoided watching it until i can finsih the game and complete my research. thanks 😀

Update: you may have trouble running Anachronox on SP3, i had to update my system and the problem develops possible because of two causes...there is a Nvida related Windows update that may break the funcionality of nHancer and also you need an older version of nHancer, 2.4.5 to run Anachronox successfully and it demands NET 2.0 or older and SP3 instals and demands NET 3.5 or 4 Also you may need an older NVida Driver, just wanted to share this as it was necessary to move my Anachronox research to an older 5500 Nvida card machine and SP2 and NET 2 and nHancer 2.4.5 to get it to run.

Must be talking about NHancer or .NET requiring SP3.

yep, it was nHancer that required the earlier version to run with the earlier Nvida driver. I appreciate the info re SP3 and NET. I was guessing about those requirements, it helps to keep getting more info because i really hope to find ways to let us keep playing Anachronox on modern systems. I am unsure as to why it would not play on my 8600 GT after the upgrade to SP3 and installation of all the security updates.... when it had played fine before...but at least i can play it with the version of nHancer and the NET version i described.

installing .net 3 doesnt eliminate .net 2. I think I have all .nets up to 3.5 installed on my computer. BTW, if you write to Tom Hall directly, could you ask him if he still has the code for anachronox around?

I thought that .NET v4 was completely backwards compatible with all the previous versions back to v1.1

You could uninstall all previous versions and only have to install v4.

Maybe that some .NET apps require a specific version to run however.

I am working on being in touch with Tom, he had a stroke and is recovering nicely i hear ....and he still has the rights to the Anachronox story i know that, i will ask about the code.

thanks for the NET info, i will replace them happily as it is a pain to keep installing and uninstalling things I may just switch to Win 98SE for some of the older classics ...will see, right now my set up is working perfectly for Anachronox and its truly an amazing game...one of the best ever made i am thinking.

I am about to return to Anachronox for some more research as there is one sub plot i never have seen yet where you choose a differnt party member and know i will have to remember the setting in Nvida set up to make the game work, i keep forgetting and Nhancer no longer does it.

I also found a fun post about this. someone found that ...if you rename the exe...

it will work. Maybe some drivers have a quake compatability built into them. 😀

anyone remember the fix..i think it is turning on or off the extension limit. Not sure. I will see.

turn on extension limit
I beleive the option has been removed from latest nv drivers try /NVIDIA Inspector
or failing that rename anox.exe to mohaa.exe

Once again you guys are heroes for me. I do so much treasure the shared know how here and the kindness and generosity in how often it is shared. thanks again!

i am so glad to have this info much much appreciated. By the way - where is the Tooch in Votowne (Search Bot quest)?

Radeon HD 6950 Works fine as far as I can tell
no need to rename the exe, no need for any external files or fixes

Radeon HD 6950 Works fine as far as I can tell
no need to rename the exe, no need for any external files or fixes

IIRC, the "OGL compatibility profile" is activated through the "Catalyst AI" option, must be Basic or Advanced. Exact settings and fixes are in atiogl.xml file. There is the line MaxExtensionStringLength=3900 for Anachronox.

By the way, I have attached the Doorlord fix patch, because it is hard to find. Others patches are common...

Is this the same location as your first screenshot ?