This leads to two problems:

* The game stutters. There are framerate hiccups when SFX is triggered.
* Speech is too quick, both in speed and pitch. Music and SFX are fine.

Tweaking the few game audio options don't help. The stutters can be fixed by disabling audio hardware acceleration thru Windows' Audio Properties or DXDIAG, but then it's only stereo rather than 5.1 (of the four acceleration levels only 0/disabled helps).

The game works fine with hardware accelerated Realtek audio. An obvious difference in Nvidia's HDMI sound driver is that it doesn't support hardware buffers, as indicated both by the game settings and DXDIAG (this wasn't a problem with other games so far). 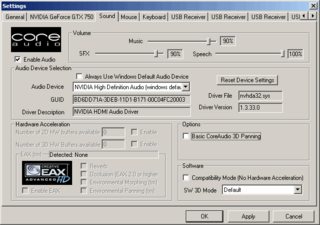 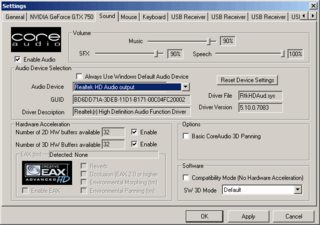 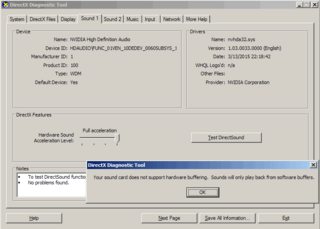 My OS doesn't have sound hardware acceleration so I had to use IndirectSound. With IndirectSound Nvidia's HDMI audio shows hardware buffers as supported.

What options are there under SW 3D Mode if you tick Compatibility Mode checkbox?