mayhaps you should marry him so you can use that aptiva

He's probably out of my league with that sexy IBM banana hammock. I have a taste for the beige personally...

They had a couple of these on ebay the other day for real cheap in excellent condition.
I could kick myself for not buying one. They sold the next day.

You mean that IBM Aptiva 2176-C73 P120 for $70? If I only had more space. I think IBM Aptiva systems have a lot of potential for growth of value within the next decade. I don't own any, but you get to a point where you have to stop collecting or you'll end up broke with your whole house full of this clutter.

That system is interesting, it has PCI slots sandwiched between ISA slots. Four SIMMs and one SDRAM slot. An empty COAST socket.

So I have some bad news and good news.

Bad news is the front plastic broke off and the front door no longer works as desired. I sold the machine to an IRC friend and packed it well. FedEx shattered it and the top handle is in pieces. Hardware wise, it works perfectly. At least it went to a good home.

So, uh, any chance you can upload them somewhere?

When I get it I will create an iso image of the apps and upload it to my Dropbox account.

Yesterday I upgraded my 2144-937 from a 75MHz Pentium to a 133MHz and had a couple of questions that I couldn't find answers for in the HW maintenance manuals:

1) Can I use a Pentium MMX (P55C) in this system by just setting the jumper or do I also need a different VRM?

2) My Aptiva didn't come with any L2 cache. I tried with the COAST module from a P55TP4XE, but no luck. What kind of modules are compatible? If someone could post a picture of their module that would be great.

Your IBM motherboard should have silk screen markings for info on jumper settings.

Those probably control the VRM regardless of location.

Can you fit a floppy drive 5.25 in this IBM case along with CDROM ?

Yeah, just make sure your floppy cable is long enough and can accommodate both 5.25" and 3.5" floppy drives.

If I am not mistaken, oeuvre, I have the matching Aptiva speakers currently disassembled in the basement, cleaned them a bit and am currently waiting for a new power switch as the old one was shattered. Once reassemble, you interested in these? They are rather small but good sounding shielded speakers.

They look almost exactly like the ones in this picture:

EDIT: Just saw you're living in the states. Sigh, probably uneconomical with regards to shipping...

This was outside a recycling center a couple of years ago and when I asked about it the staff said that everything left outside is free, so I took it.

I only added a Voodoo3 AGP and left the rest as it was.

I recently watched Adrian Blacks video on the IBM PC 5150 and noticed he had an IBM startup logo:

The ANSI file is linked in the comments to video. The logo in his file looks a bit off to me, so I made a new version based on the logo from PS/2 reference diskettes using thedraw:

The goal is to be able to play my old dos en windows 95 games (like kingsquest, lba2,c&c...) on original hardware unfortunately though I played my share of games in the past my knowledge about pc hardware in general is not that great to say the least. I'm definitely willing to learn, and was hoping you guys could maybe give me some tips/answers.

When I fired it up, the computer booted windows 95 fine from the start (with some driver issues regarding the soundcard and cd-rom).
However after a while trying to fix these errors there where some 'strange noises' coming out of the psu (even after carefully cleaning the fan) and not being that tech-savy myself I decided to look for a replacement. It proved to be more difficult then I thought, as it seemes the motherboard has some 'strange' 3pin connector.

I finaly found an affordable psu that has the right connectors. However the numbers on the psu are not completely identical to the original one. Will this be a problem? 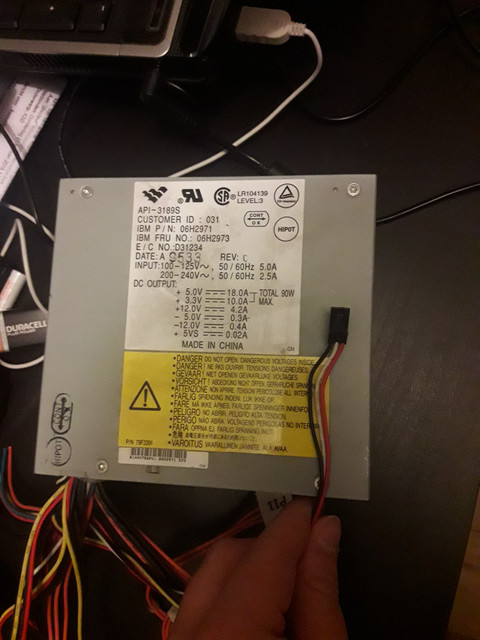 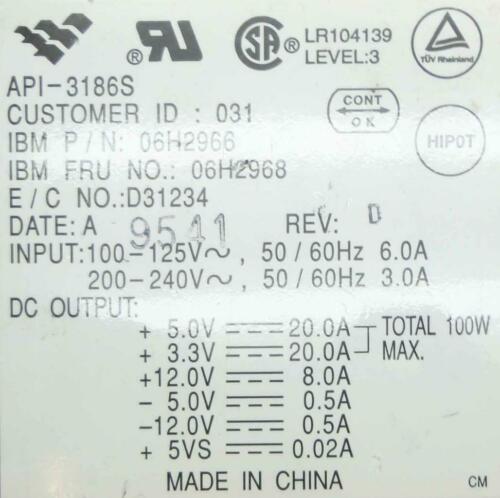 While searching for the psu I also got my hands on a S3 virge(diamond) and a Rage pro Turbo.
When browsing through google and youtube it looks like I just have to plug in the cards in the correct slot, install the drivers and maybe disable the onboard graphics? (As the cd-rom wasnt working, I got myself some floppy-disks and an external drive.)

1) Is it safe to use this psu?
2) Do i just plug in the cards and install the drivers?
3) Are those cards any good for my 'goal'? The info i found online seems to tell me they are.