Looks interesting. Never heard of it. Reminds me a little bit of Castles: 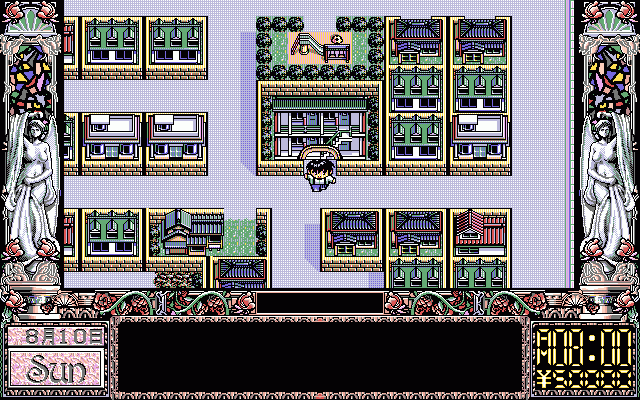 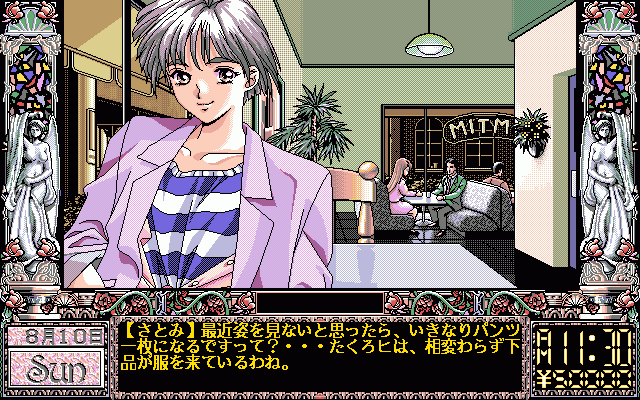 (Pictured above is the PC-98 version; the DOS version is more or less the same)
The Incredible Machine & Sid and Al's Incredible Toons(1993, Dynamix) I just remembered Terminal Velocity was gorgeous and ran pretty well on a fast 486.

Wow... There's a lot of beautiful DOS games.
In general, Japanese games made good use of bitmaps, but there were games that were comparable to Western ones.

Wow... There's a lot of beautiful DOS games.
In general, Japanese games made good use of bitmaps, but there were games that were comparable to Western ones.

I just happen to know a lot of beautiful looking DOS games. But I played very few of them (lol)

I second that, Sam and Max was wonderfully drawn. There even was a cartoon show on VHS in the mid-90s with the same animation style as the intro, I think.
Rise of the Dragon is also superb. It's on par with Snatchers and Beneath a Steel Sky, I think. All three are great cyber-punk adventures, also.
I think there are some really nice ones more of this kind.
From ca. '86/'87 onwards, I think. Have to check Moby Games..

I second that, Sam and Max was wonderfully drawn. There even was a cartoon show on VHS in the mid-90s with the same animation style as the intro, I think.

Don't you mean The Adventures of Sam & Max: Freelance Police? That came out in '97.

Ah yes, Elf games. The Ecchi/Hentai variety. xD
The first Dokyusei screenshot really reminds me of Dragon Knight III, better know as Knights of Xentar on PC in the west. With it's "3D" mode that simply tilted the playing field slightly. When I see what they want on Ebay for the Big Box game, I could hit myself for destroying all my boxes at the end of the 90's when I was running out of space, only keeping the Jewel Cases...

I didn't read the whole thread but my picks for 486 VGA are:

-Settlers 2 gold (or even Settlers in SVGA mode, which is 640x480)
-The cut scenes from Burntime (decent game too)
-Star Control II
-NOMAD (Papyrus) - TBH a bit too jagged gameplay graphics like Stunts which came out 3 years before it, but the alien art is nice
-Spacewrecked (for when it came out)
-Syndicate
-Dune/Dune II
-Transport Tycoon
-Alien Breed - Tower Assault
-Crystalis (NES) on NESticle (cheating a bit there but feasible)
-Spellcasting 101
-Later leisure suit larrys (4-6, Love for sail)
-Pirates! Gold
-Monkey Island
-Heroes of Might and Magic II (even the first one is not graphically bad)
-Star Trek - A Final Unity (IIRC that DID run on my DX2/66 back in the day)
-Civ 2 (might be pushing it)
-Total Annihilation (Technically needs a P75, I wonder if it would run on a 5x86-133 - really pushing that one!)

Don't forget The Incredible Machine 2 - a great upgrade to the original.