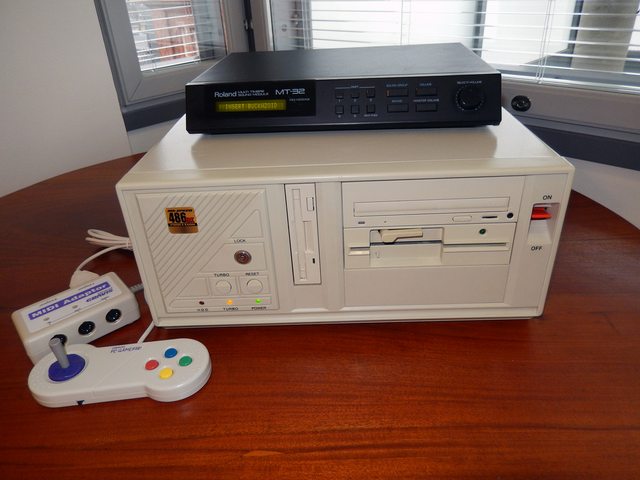 The very first PC we had was a 1992 Am386DX-40 running MS-DOS 5.0 and Windows 3.1. It didn't come with a sound card or a CD drive, and we never got them. In this project, I've taken the original shell of that machine and upgraded it to basically a DOS/Win 3.x system's full potential. 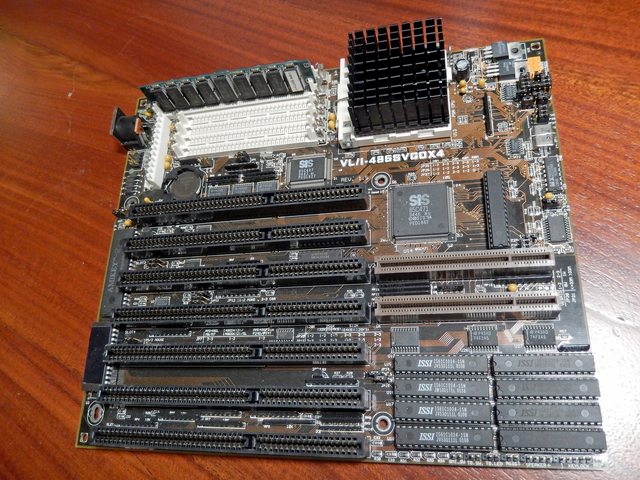 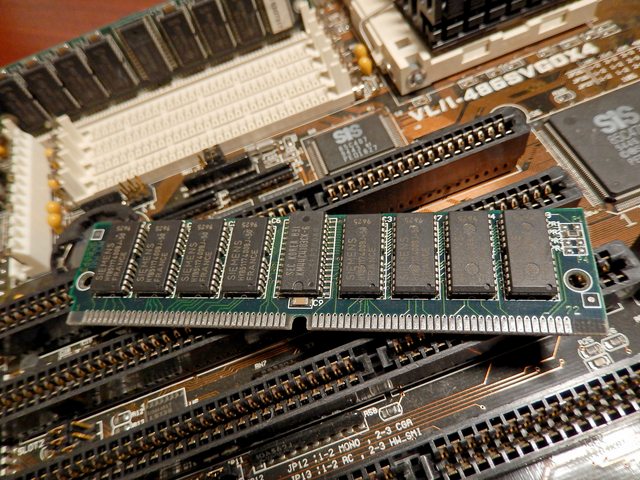 ASUS VL/I-486SVGOX4 Rev. 1.5:
Very similar to VL/I-486SV2GX4 Rev. 2.0, just with the addition of 30-pin SIMM slots. I've previously used the same updated BIOS ROM on both board models. Thanks to keropi for hooking me up with the ROM many years ago.
I've got 1024KB of 15ns ISSI (possibly re-marked) SRAM installed. The RAM stick is a pretty nice 72-pin 60ns FPM SIMM with 50ns rated chips, 32MB dual sided. The board doesn't use parity. 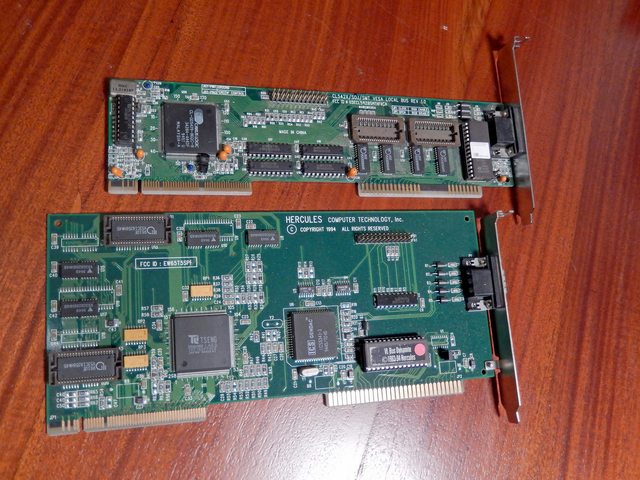 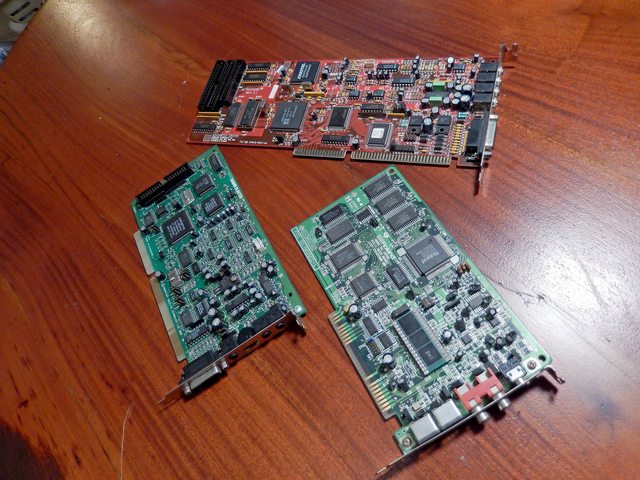 Gravis UltraSound MAX 2.1:
Learned that the CD-ROM enable jumper does need to be set to enabled also for the Panasonic interface. Everything I've found online regarding the 2.1 MAX revision had said the opposite. I have the GUS at I/O port 240, IRQ11, DMA5, MIDI IRQ 5, which seems to work best for most games. 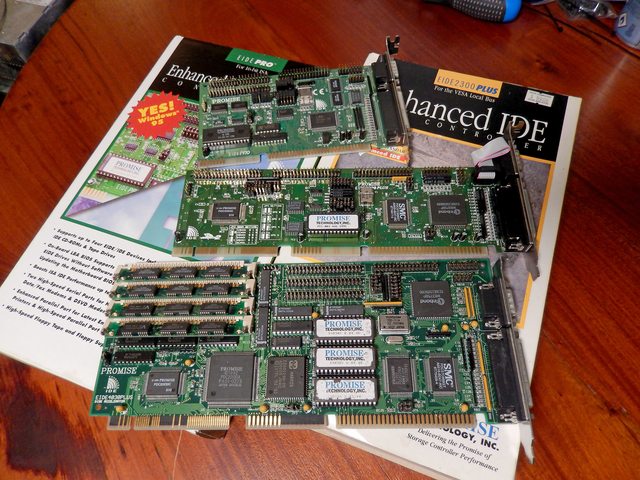 Promise EIDE2300Plus:
I had high hopes for the EIDE4030Plus caching controller instead, but just couldn't get the performance out of it.
The EIDE2300Plus supports transfer modes up to PIO Mode 3 (~180ns cycle time) or MWDMA 2 (~120ns cycle time). No bus master DMA. Bases PIO cycle times on system bus clock, i.e. PIO 3 should run at PIO 4 on a 50MHz bus. Requires a 7kB driver to enable transfer speeds above those of ISA based controllers.
If the adapter ROM is enabled, the controller will reduce the first 640kB of conventional memory by another 3kB, besides its UMB footprint; I have no need to enable it, because the motherboard BIOS already supports LBA without an extension and there's no other benefit in my measurements.
I've got a 2GB Transcend CF100i CompactFlash for a hard disk for now; DMA benchmarks are good but not spectacular. Something else might be able to deliver the ultimate performance here.
Update: Updated after successfully enabling MWDMA and reran benchmarks. 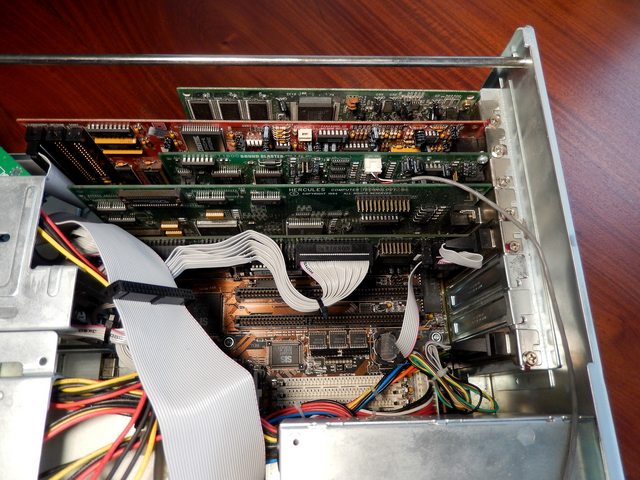 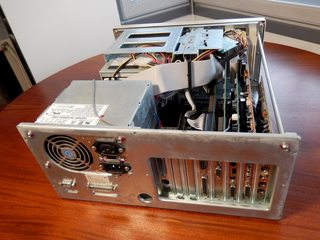 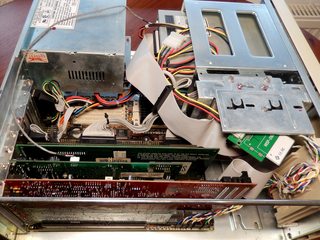 The case and the 200W Tiger Power (Lead Year) Super 2200 power supply:
These base parts for this late 486 build are from my very first PC from 1992. It was originally an Am386DX-40 with some rough styling already going out of fashion. The PC building outfit's work wasn't clean either, grody steel surfaces and markered up screws. Very industrial. Nice heavy "clunk" action on the big red power switch.
It's pretty cramped with all the stuff I have in there. I still haven't finished tidying up the cabling mess yet.
The power supply is not well known, but seems good. I put in a new fan a few years back. 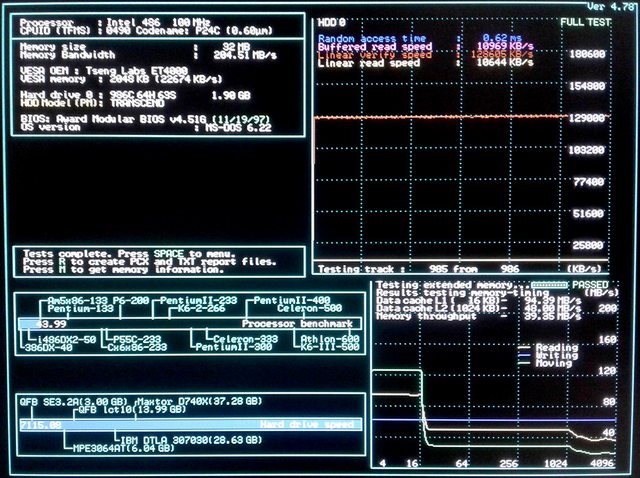 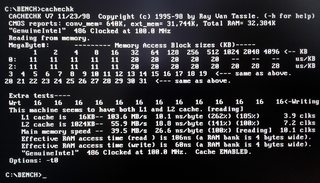 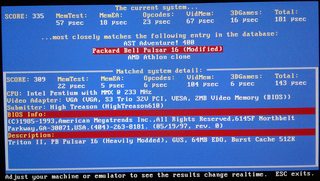 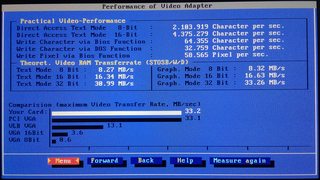 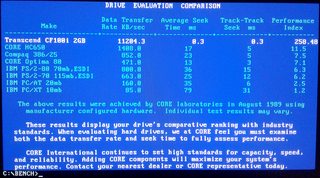 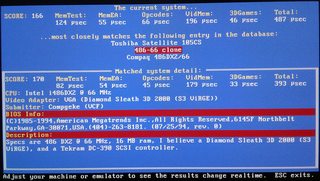 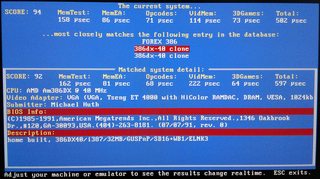 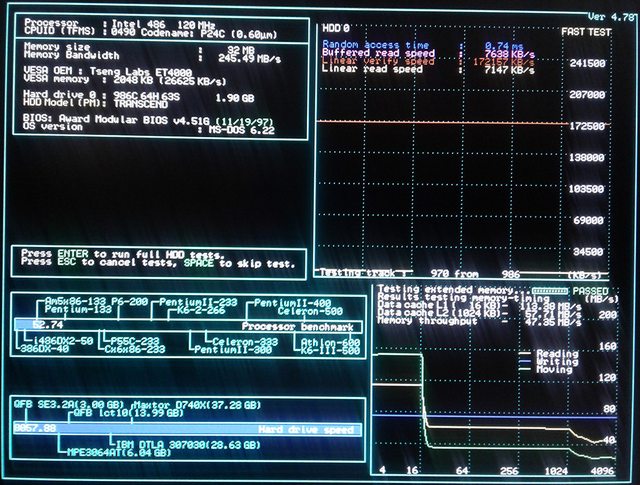 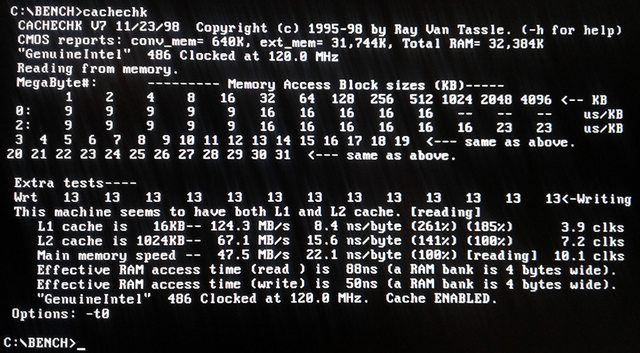 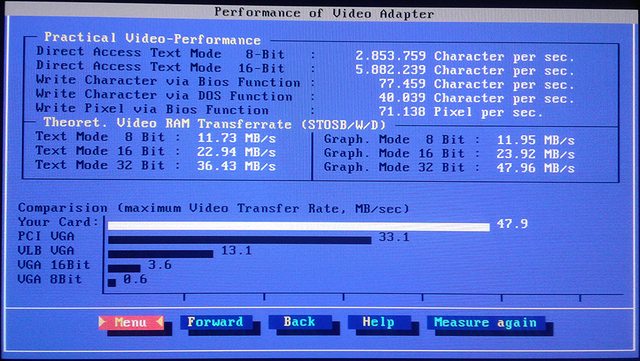 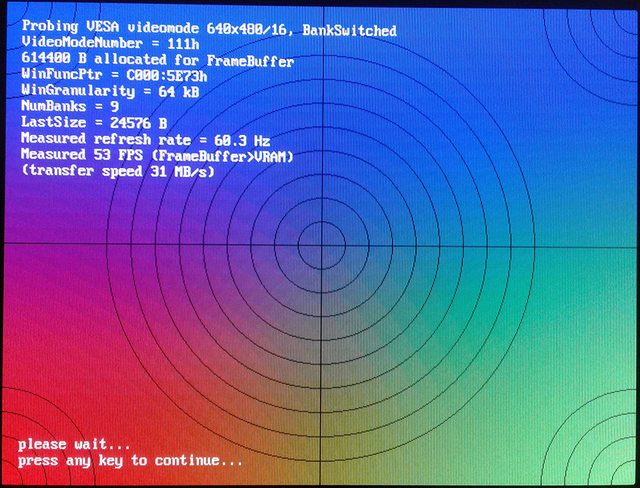 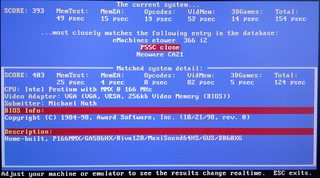 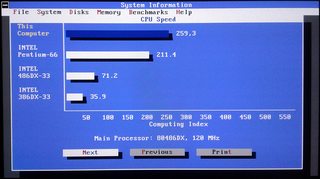 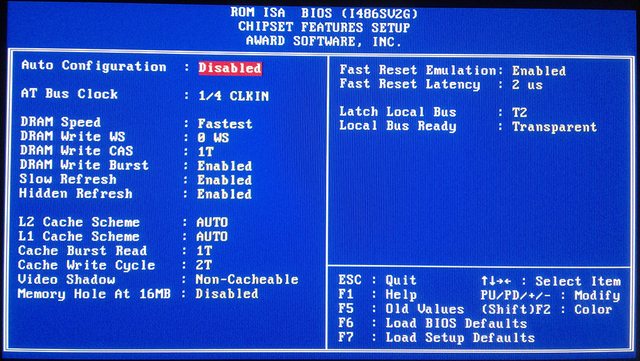 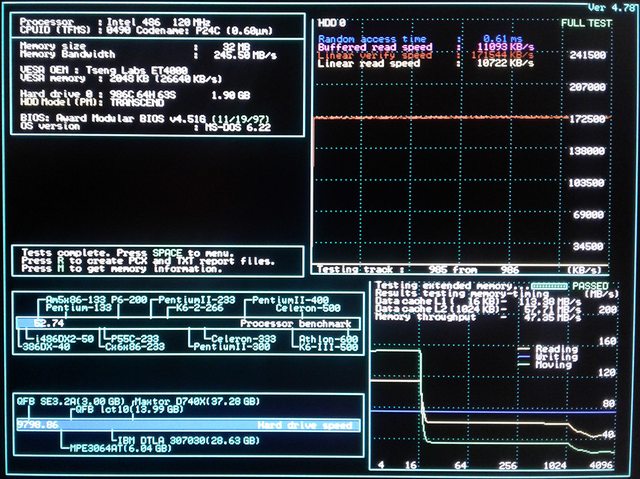 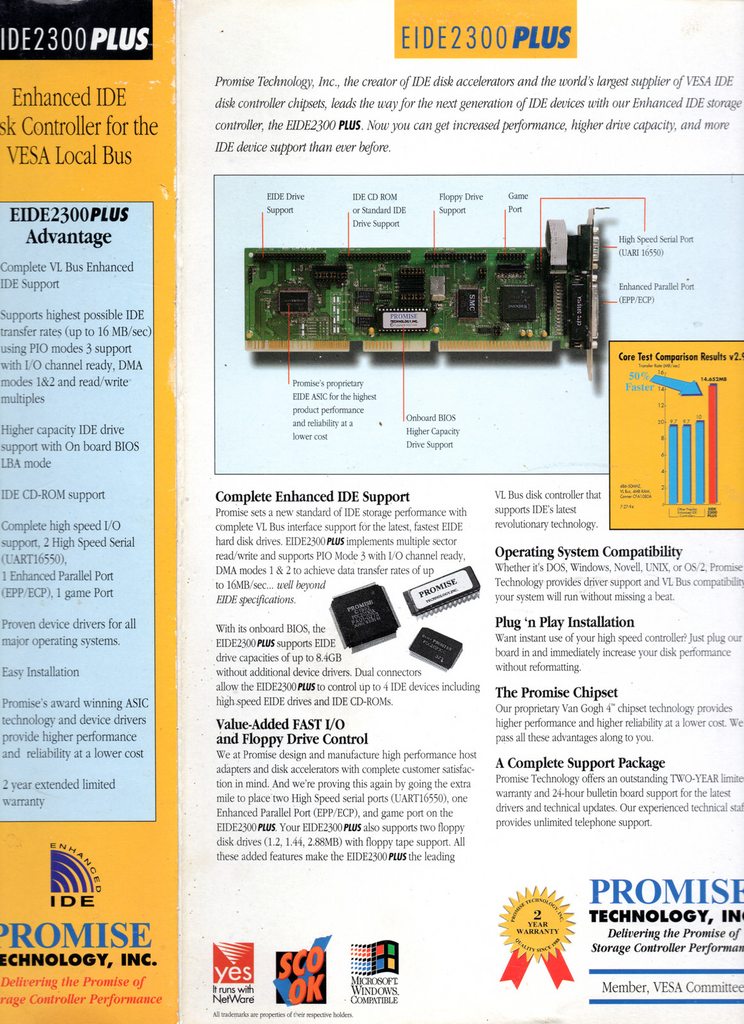 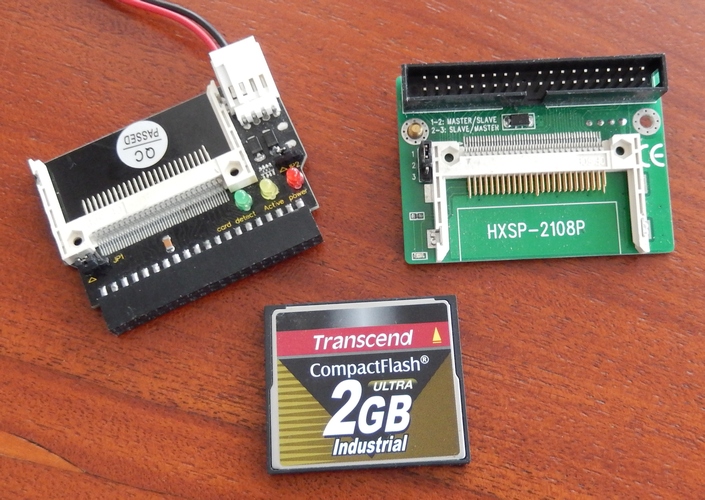 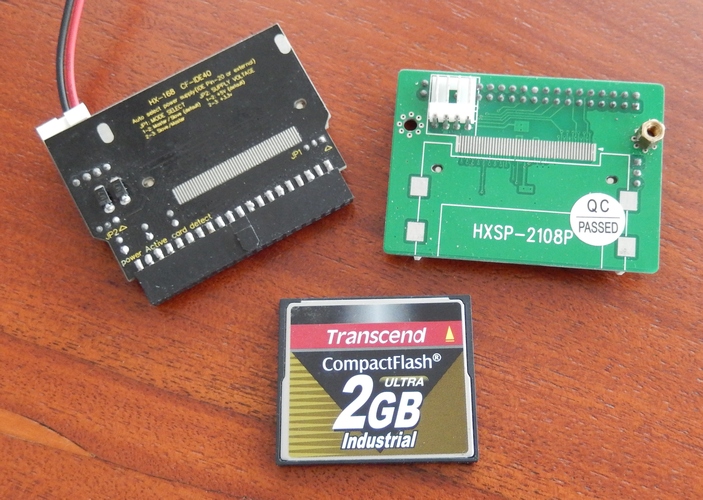