Look at the condition of the beauty! Is that an LCD monitor with a 286? Sorta reminds me of this Compaq "portable" suitcase system I had with an 8088, although it had a mini CRT.

You should definitely dump these old floppy disks for whoever may have this computer loose !

One piece of the this system's puzzle are the system disks, but the other is the enormous amount of dip switches on the back of this system. Here are 300dpi scans from the manual of all the dip switch settings. Essential if you want to set this system up properly. I was going to convert it to a PDF, but decided to leave them as individual JPGs which is more useful for posting single pages. Cheers.

UPDATE 09/07/2018: Since I have donated this machine to a select museum I decided to archive the entire Owner's Guide for this system and I also found an addendum to page 45 which contains changes to some of the DIP switch settings. Thanks to vcfed.org member modem7 for converting all of my scans into PDF format and submitting it to minuszerodegrees.net. Here is the link:

Dell Dimension C521 with Athlon 64X2 4000+ on Nforce. Needed a new cpu/case fan, but 5 mins with the iron and my favourite 90mm Arctic PWM fan and that was fixed.

Shoved my WD Black HDD in this and should make a nice Windows XP machine that is not another Core2 - i was always an AMD/ATi guy anyway, my current rig is my first Intel since the Pii days and my first Nvidia (unless you count my 3DfX of course...)

Yes Dell is known for doing things non standard and different than others, You can rarely reuse their cases for standard atx motherboards. I found that a fan i used from a Dell case had a completely different connector on it and was wired backwards from a normal case fan.

Yes Dell is known for doing things non standard and different than others, You can rarely reuse their cases for standard atx motherboards. I found that a fan i used from a Dell case had a completely different connector on it and was wired backwards from a normal case fan.

Yes exactly that, these have a unique 5 pin header not to dissimilar to that of a CD-rom audio connector.

The mobo is BTX format, which was pretty common across OEMs in the mid 2000s AFAIK.

Yes exactly that, these have a unique 5 pin header not to dissimilar to that of a CD-rom audio connector.

Weeeeird. I knew about the proprietary ATX PSU pinouts, but not about non-standard fan headers in their consumer boxes... as late as 2007, too.

New in box (still sealed in plastic wrap) Ratoc PCMCIA PCI adapter card with ISA bridge board, suitable for Windows 98 and above (supposedly including Win98 DOS), straight from Japan.

I've been hunting for this one for a while because it allows use of both 16 bit and 32 bit PCMCIA cards at once. Of course, to do this it uses up both a PCI slot and a ISA slot.

Since it will be used in a build, I removed the plastic wrap and opened the box:

A closer look at the PCI card still in its sealed bag:

And the ISA bridge board and cable:

It uses a Ricoh chipset, which AFAIK is the best chipset to have on these kind of cards.

I also received a lot of 2000-ish pro-audio manuals (including a full set of manuals for one of the synths that's on my wishlist), and it included four software CDs:

The Yamaha Tools for AW-16G is a complete waste of a CD-ROM, as it only contains two folders that each contain a plug-in for other software packages.

The Waves CD-ROM contains a 14 day trial version of their management software, and would be pretty much useless nowadays because the activation sever doesn't exist anymore, were it not that it also contains a copy of Quicktime 4.0 with several non-standard plug-ins included 😎 .

The Yamaha Tools for S80 etc. CD-ROM contains the following:
- Card Filer for Windows and Mac.
- XGWorks Lite 3.0 for Windows - this is actually based on the last full English version of XGWorks, and supports plug-ins 😎 .
- CBX MIDI driver.
- XG Editor for Mac, both Japanese and English versions.
- PLG Editors for Windows (English-only) and Mac (English and Japanese), with slight variations in which editors are included with which language version on the Mac side.
- OMS for Mac (multi-MIDI port support for pre-OS X Mac OS).
- Adobe Acrobat 4.0 in English, German, French, and Japanese on the Windows side, and English and Japanese on the Mac side.
- AIFF audio samples and also an audio track with samples.

The M-Audio MIDIman CD-ROM is an absolute gem:
- All drivers and manuals for their 2000-ish audio hardware line-up, both PC and Mac versions.
- Two versions of OMS for Mac.
- Copy of their 2000-ish website.
- Folder full of goodies including press reviews, wallpapers, technical documents, etc.

Besides that I got manuals for about a dozen different models of pro audio equipment. Cost of it all? 99 pence + shipping from the UK. 😁

You can even adjust how the monochrome LCD panel interprets color via dip switches.

Hi Liqmat, that is very interesting - could you post a couple pictures comparing different display variants? Is it limited to inversion, or there are more options?

A GF2 Ti from Creative. Still had my box and contents from back in the days (I pretty much threw everything away in the past....) and I finally found a Creative one on Amibay. Now it's CIB again 😀 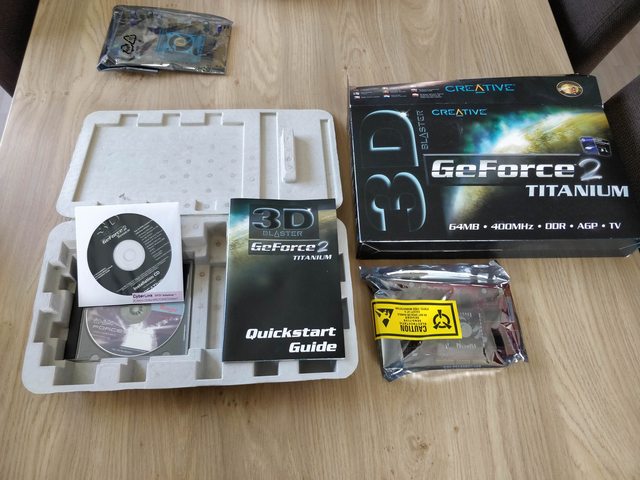 Thinkpad 380D in very good condition. Was sold 'as is' with no adapter. Paid 20€ for it. Only thing I had to change,was the CMOS battery. Unfortunately, I think the factory install is gone (I presume there was W95 on it). Now it runs on W98. 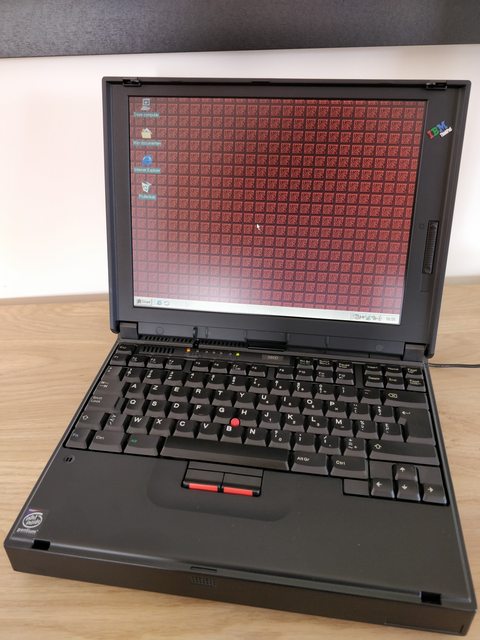 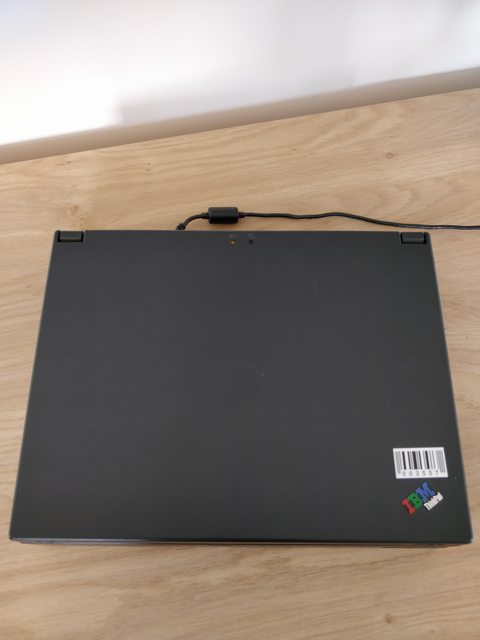 Commodore PC30-III and everything in the picture. Seller did the Dallas chip mod for me. Has an ESS soundcard and SCSI Quantum HD installed. 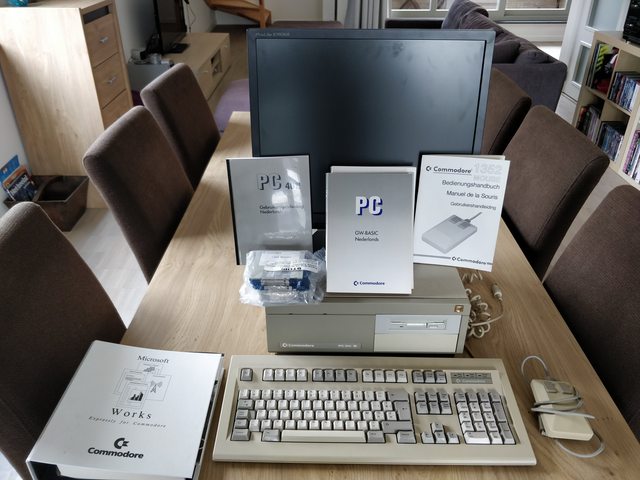 clean ThinkPad! Hopefully the rubber on it isn't sticky.

clean ThinkPad! Hopefully the rubber on it isn't sticky.

This one seems only to have plastic or the rubber is in REAL mint condition 😀
The X20 was in worse shape (rubber coating).
I'm kinda getting into these Thinkpads!

Picked up a set of black Roland MA-8 monitors for my newly remodeled office! 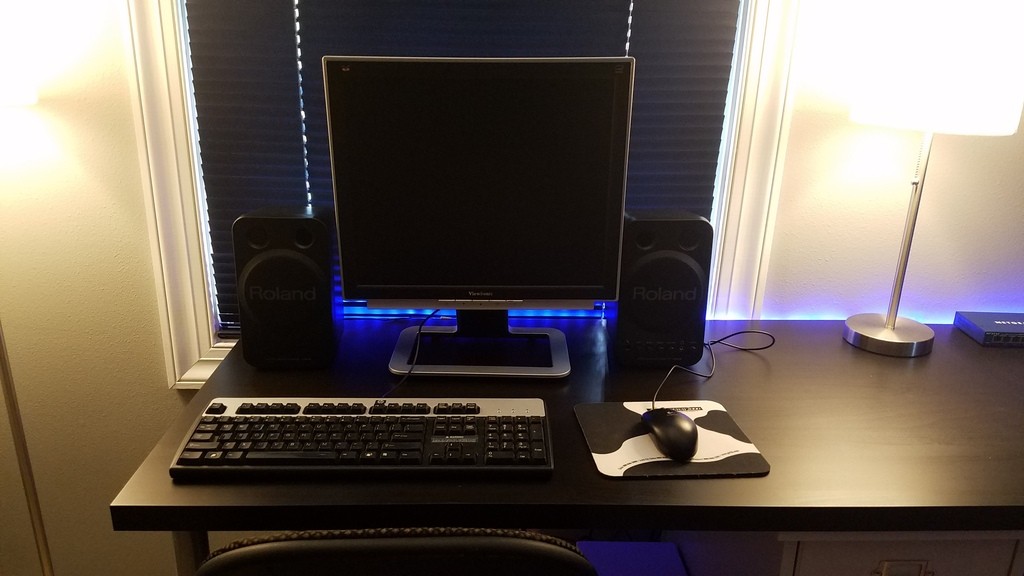 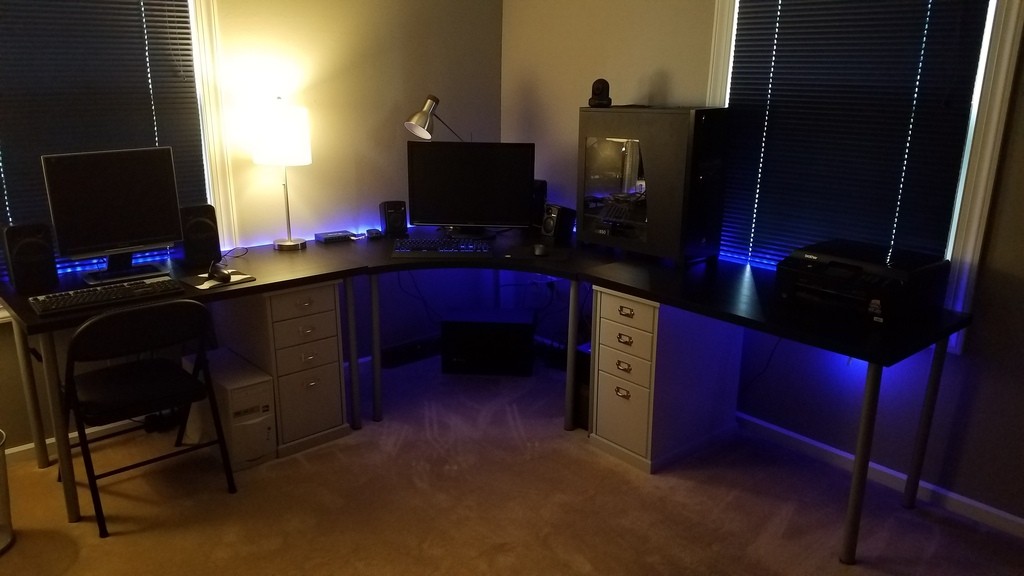 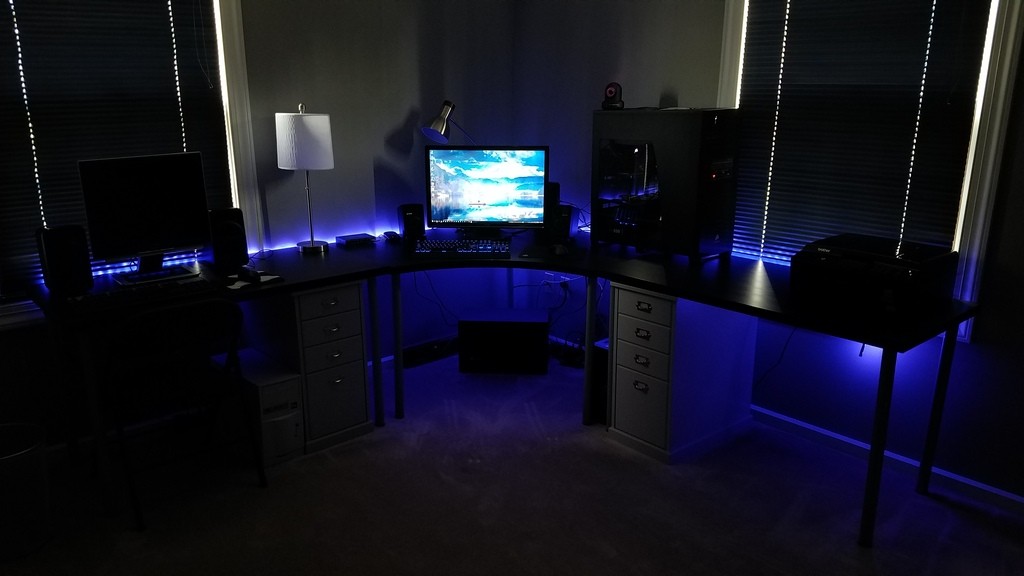 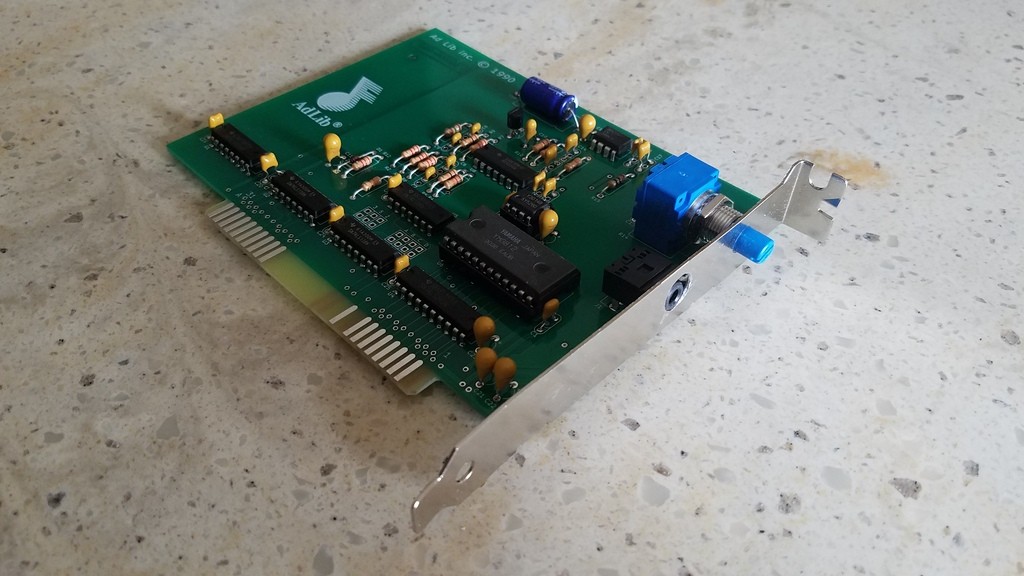 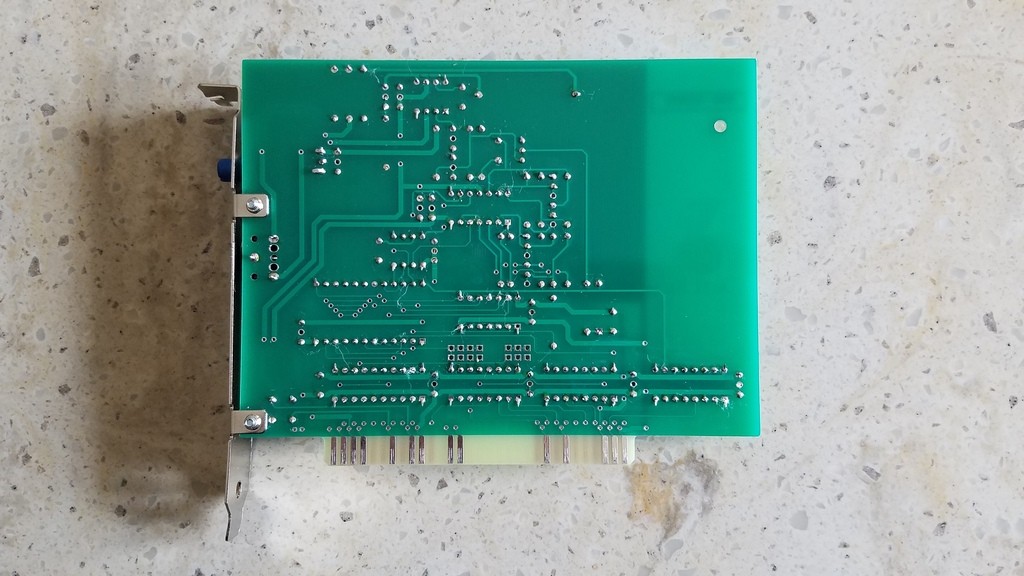 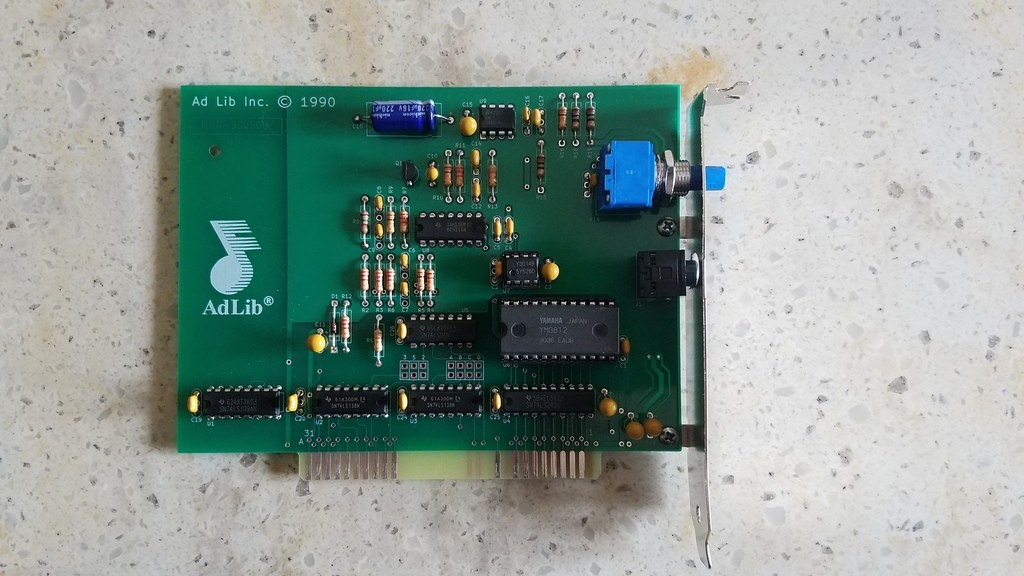 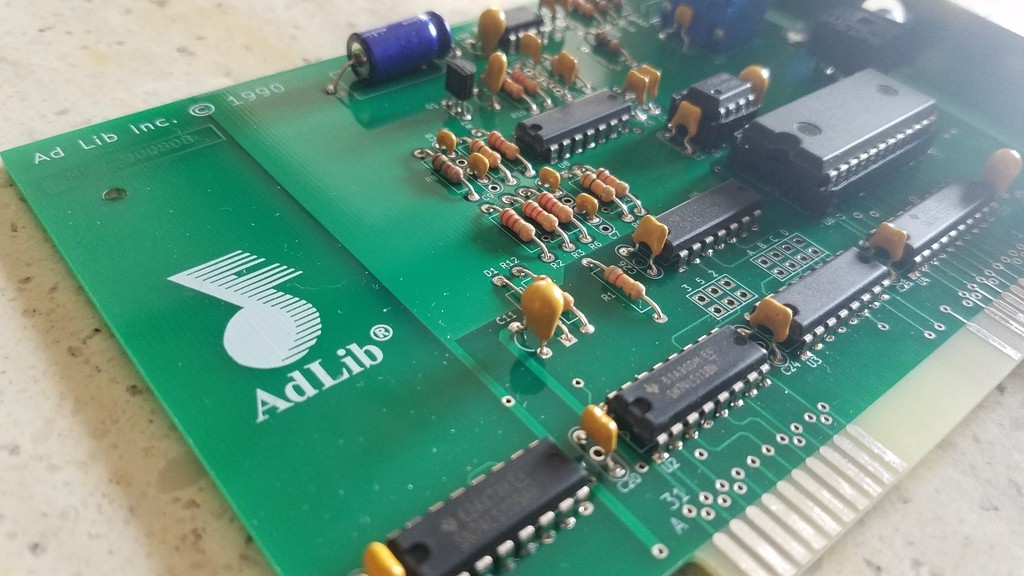 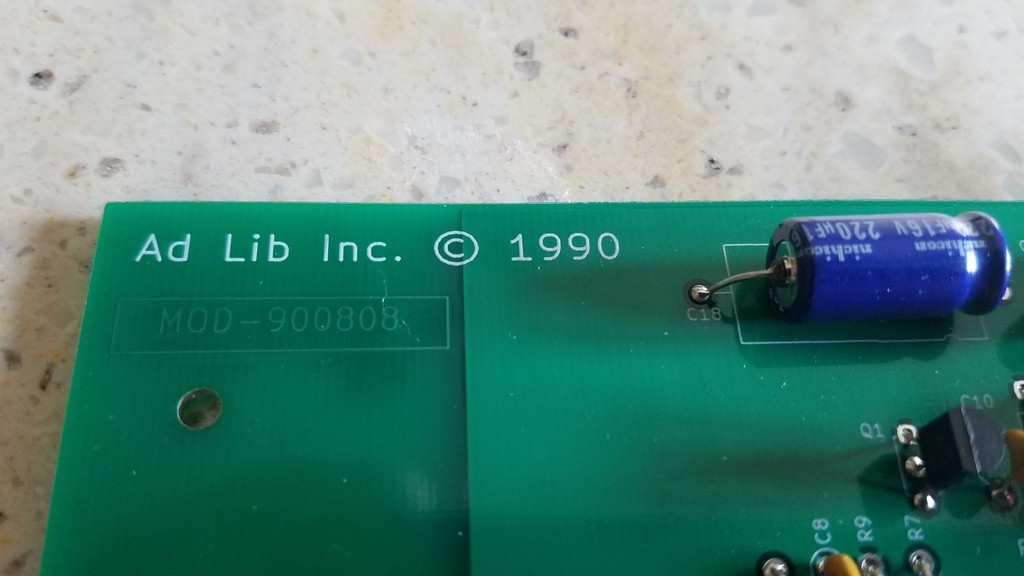 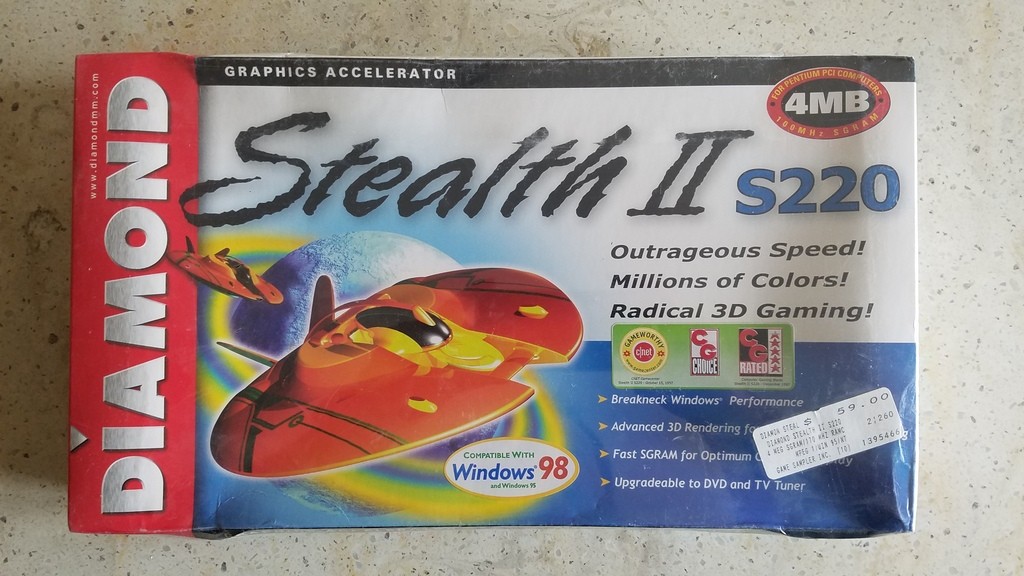 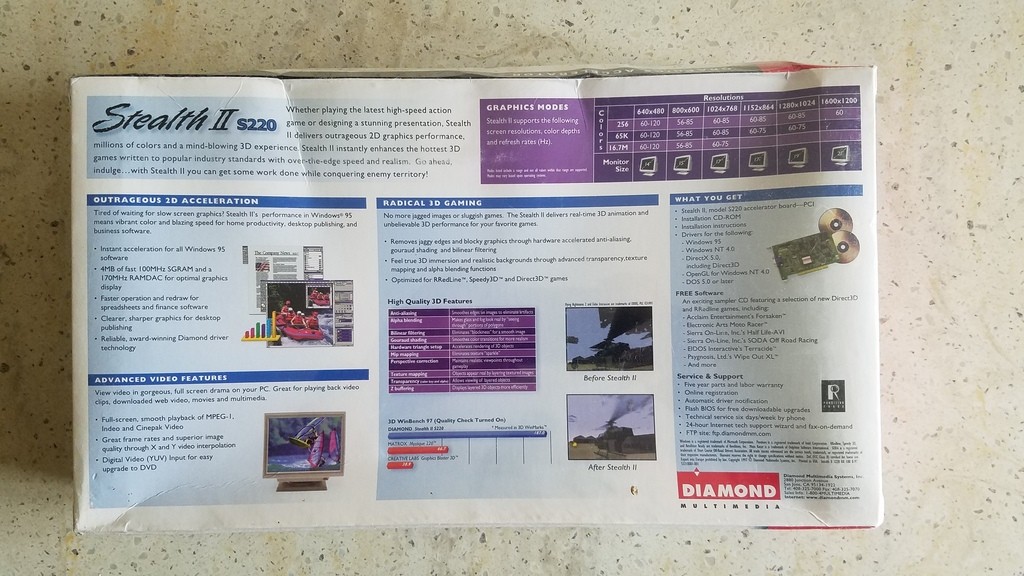 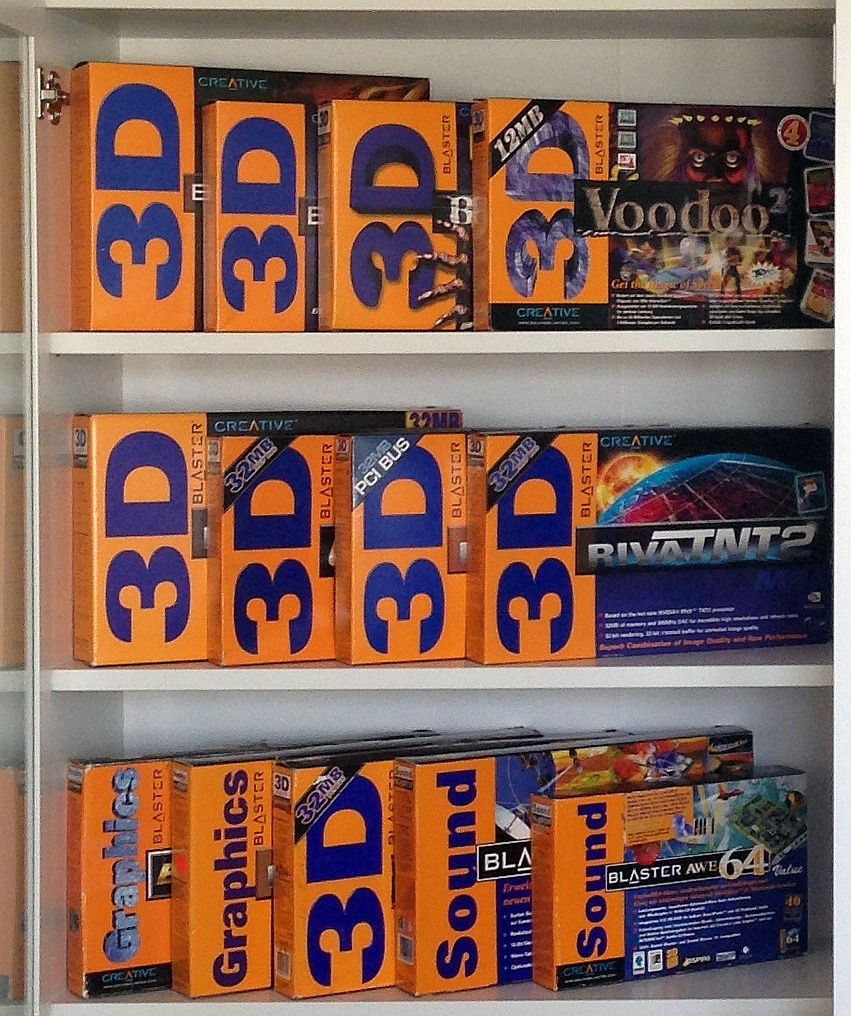 My box wouldn't fit between all that orange 😀

You can even adjust how the monochrome LCD panel interprets color via dip switches.

Hi Liqmat, that is very interesting - could you post a couple pictures comparing different display variants? Is it limited to inversion, or there are more options?

Inversion is a separate dip switch, although inversion is part of it. Basically it tells the system what colors to turn on and off on the monochrome LCD panel. The results are mixed. If you refer to the "Switch 2" settings in the manual scans I did of the dip switch settings in the zip file I posted towards the top of this page ^^^ you will see all the variations. Obviously image data will disappear with certain settings. I found a setting that shows most image data on the screen with almost no loss, but I believe they had these settings available for someone who wants their software to look a particular way on screen. I rarely need to change it for my uses.

Here is the 1985 Jingle Disk CGA demo running with two dip switch variations. You see on the second screen you lose parts of the image so that would not be ideal. I just found it interesting NEC included these dip switch settings in the first place. The LCD screen is old so it's not super bright and suffers from ghosting effects when the motion is too fast. The best games I have found for this screen are graphic text adventures and point and click style games. Anything with fast motion appears blurry. Luckily NEC knew this and the system supports both a CGA or EGA external monitor which you select with a switch on the side.

It always surprises me how much NOS is still around. Gr8 find! Now remove all that barrel batteries hehe.