Astroseries is an obscure but quite interesting sci-fi RTS game on the Stratagus engine, created by Alvaro F. Perez and originally released in 2004. The game's website was located at http://www.astroseries.com/, now only available as a Wayback Machine snapshot. The latest version by Alvaro F. Perez can be downloaded from the SourceForge repository.

When I discovered this game I immediately noticed that there were minor leftovers of proprietary data. I decided to clean them up and while doing so, realised there was a major bug in the game: after restarting any campaign scenario, all sound effects would stop playing.

After a bit of testing, I was able to track down the issue to the missing voice-over playback triggers in campaign briefing scripts, as Astroseries has no voice-overs. So I fixed the problem by adding a dummy sound effect to all campaign briefings. I also fixed a few other minor issues here and there while I was at it.

I uploaded the cleaned-up data to GitHub:
https://github.com/SenhorFlibble/Astroseries

Additionally I discovered that updating SDL.dll to the latest version (1.2.15) restored the ability to take screenshots by pressing PrtSc (at least, on Windows), which is present in Stratagus code but did no work with the earlier SDL.dll version that was supplied with the game.

The game has two playable sides, Imperial Union (humans) and the Nagoran Empire (aliens), each with an elaborate campaign spanning across 16 scenarios. Each side has a sprawling tech tree, and in addition there are many unique heroes and neutral units. The author also supplied several skirmish maps. The graphics are not of the best quality, but fairly consistent. There are notable problems with tiling of certain terrain elements (most pronounced with forest and coastal tiles) though, which I've attempted to address but haven't arrived at any satisfactory result yet, so I kept the original terrain in this release.

Here's a couple of screenshots that probably don't properly do justice to the game, but anyway. 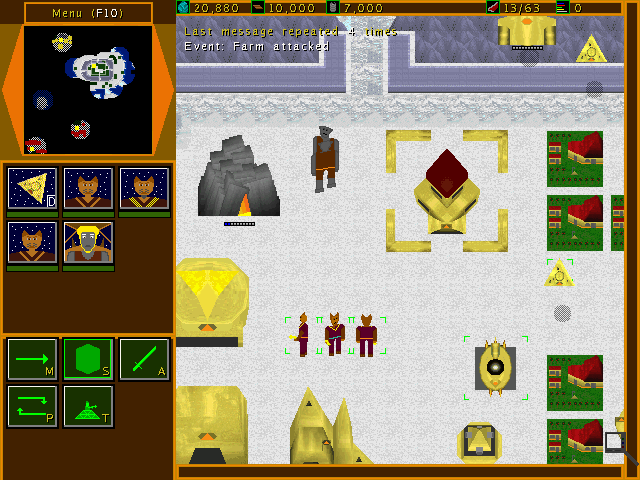 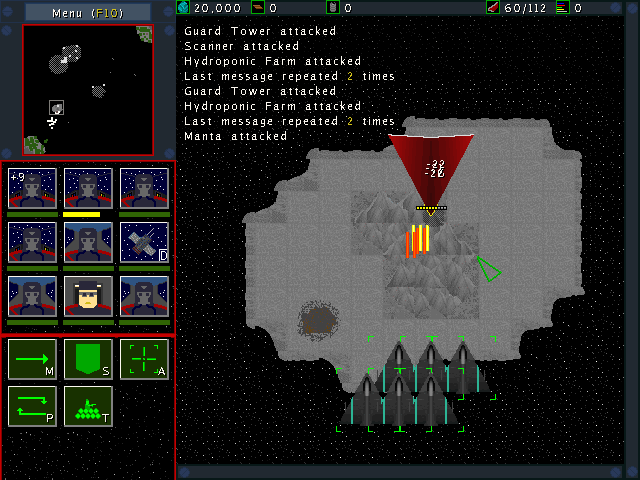 You can see the tiling issues on the space screenshot above.

I'm not entirely happy with it but I came up with nothing better so far. I only edited the forest and desert tilesets.