Hey guys new here.
Been working with PC hardware for 25+ years, decided to go back to my roots for a play.

Now I have 2 systems here, not that old, one is a P4 which is kinda flaky, the other is a Pentium III 550E which from what I can tell works perfectly.
But I seem to be having a problem running only Duke 3D, Blood and Shadow Warrior in dos.
Everything else runs fine, Quake (DOS), GLQuake, Quake III, Unreal, Unreal Tournament, heck even Commander Keen

This is what happens everytime I run anything based on the Duke3D engine, this is even with no sound card selected, 320x200 and straight dos mode: 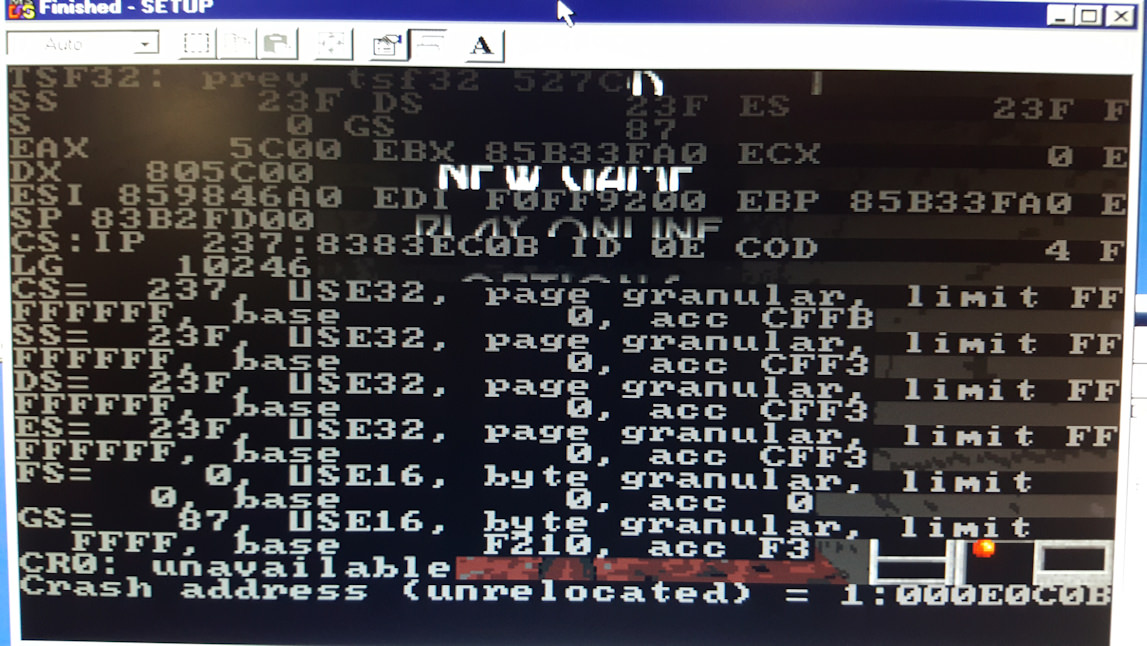 This does not happen on the P4 at all, but it has a bad cache problem so it randomly boots, hangs or bluescreens, waiting on replacement parts.

Has anyone see this problem before, I've tried with just a single stick of ram, could it be a hardware problem with the P3 too

Have you tried the nolfblim patches?

Whats in your autoexec and config files?

Have you tried the nolfblim patches?

Whats in your autoexec and config files?

Nothing in the Autoexe, just standard HIMEM.SYS and EMM386.EXE in the config, it was the same on the P4, but I never got that crash on the P4, it just worked, same game folder, same video card and sound card used.
The P4 just has other issues running anything too stressful (Like installing Windows XP.. 😒 )

Haven't heard of the nolfblim patch until now, didn't make a difference.